Shin Kamen Rider is the titular antihero from the "classic" 1992 film Shin Kamen Rider: Prologue. It was called "Prologue" because Toei planned to create a gritty adult film trilogy featuring the character. It bombed. Horribly. So horribly that it basically killed the Kamen Rider franchise. Shin was a Masked Rider who didn't wear a mask and walked wherever he needed to go. Who looked at that and said, "Yeah, that's awesome. Let's do that?" It also didn't help that in order to create an "adult" and "gritty" movie, Shin's transformation is something that came out of a nightmare.

Of course, you might be reading this and think, "Boy, Jmann sure does hate that Shun Koman Raider movie." That couldn't be further from the truth. The fact is, I LOVE Shin Kamen Rider. So much so that I immediately Pre-Ordered his S.H. Figuarts release despite the fact that it was a Tamashii Web Exclusive.

So, Shin gets a lot of hate, but let's actually look at him anyway. 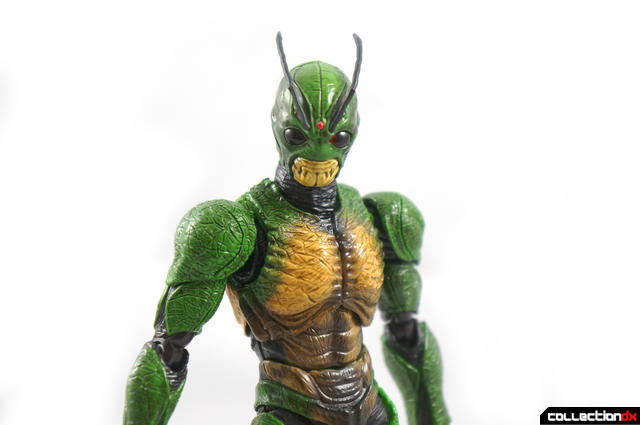 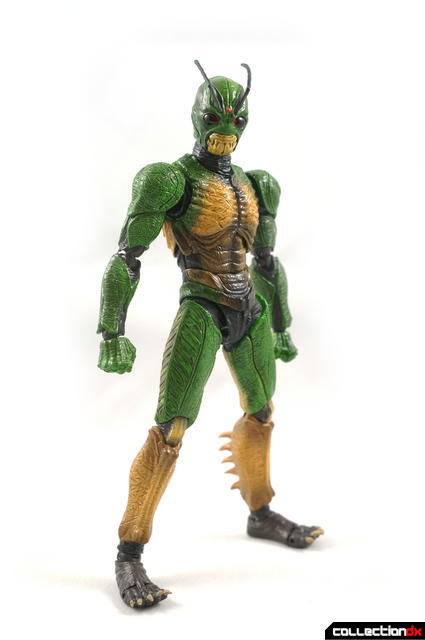 So much detail went into this guy. He's so perfectly monstrous and pointy. 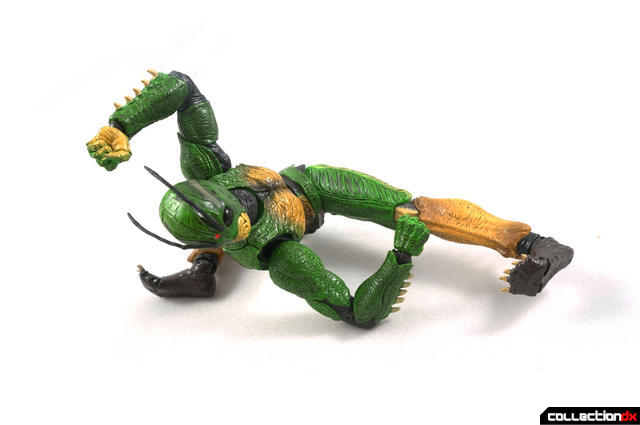 The articulation is phenomenal, and incorporates all the greatest parts of the S.H.Figuarts body. I especially love the ankles. You can get Shin into any pose ever. 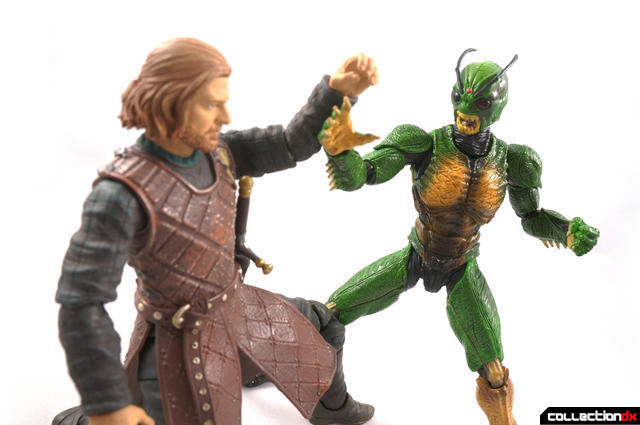 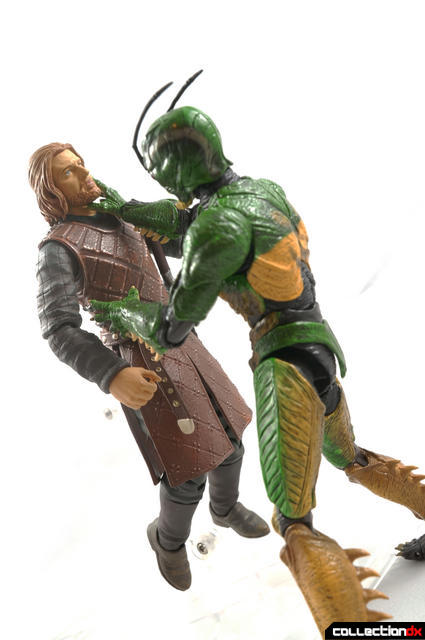 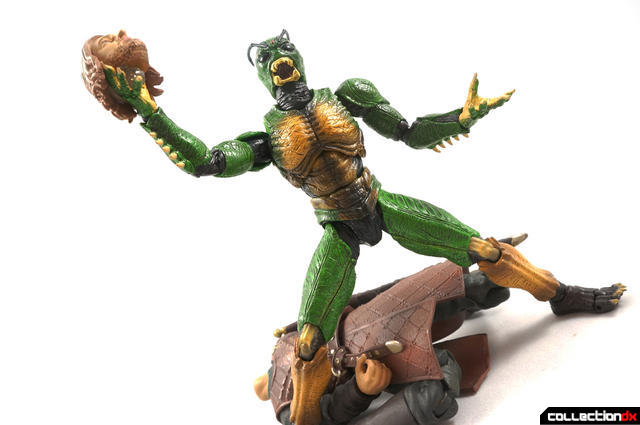 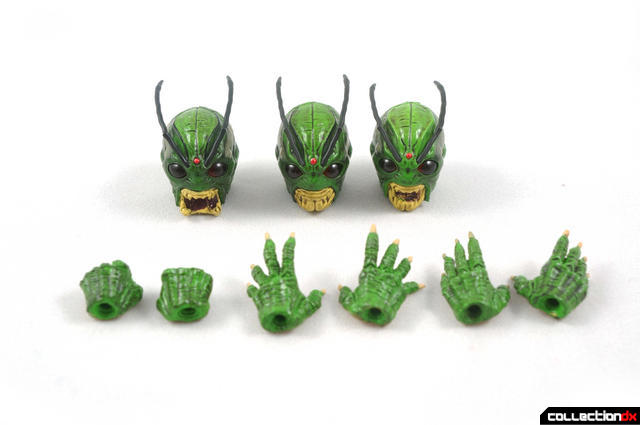 Where the package breaks down a bit is the accessories. He comes with three heads and three sets of hands. That's it. As far as hands, he has fists, calm hands, and RAAAAGE hands. His multiple heads are for the different versions of his "I'M GOING TO EAT YOU WITH MY OPEN MOUTH" face. While I'm incredibly pleased with the heads, I really wish he would have come with at least *something* else. Like a skull. With a spine attached. That would have made this thing perfect. 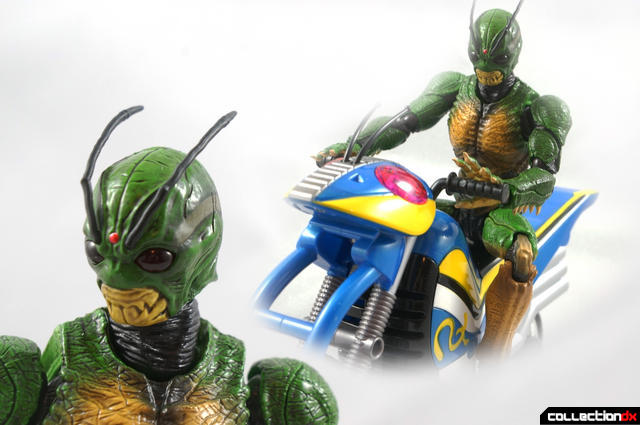 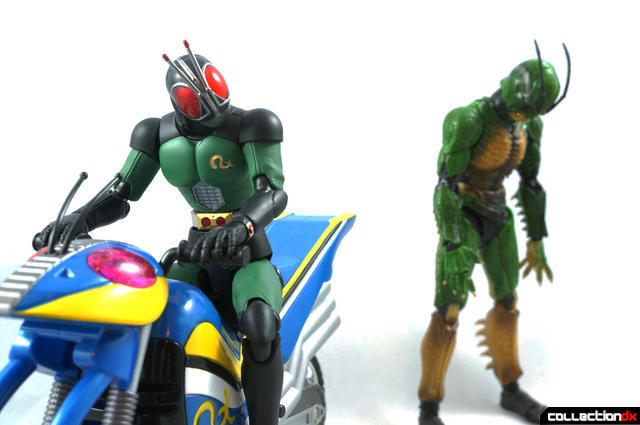 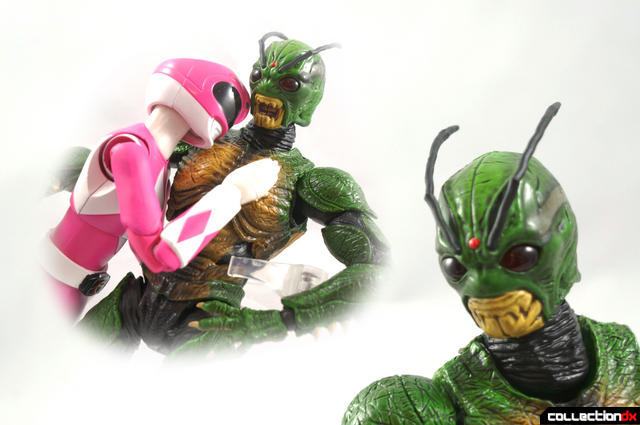 "Nobody Likes you, freak." 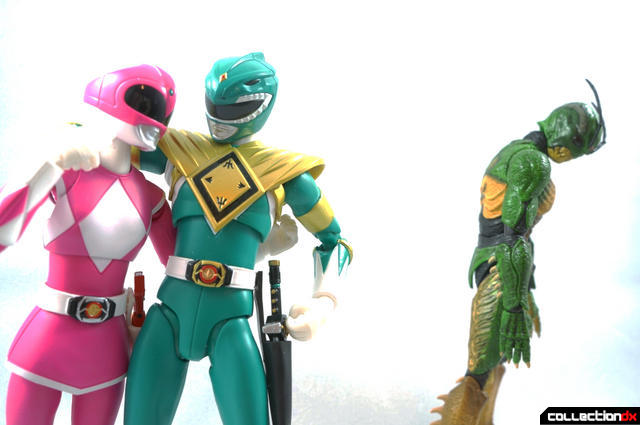 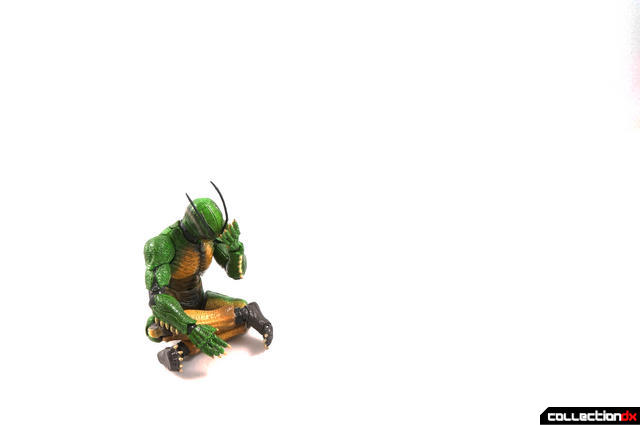 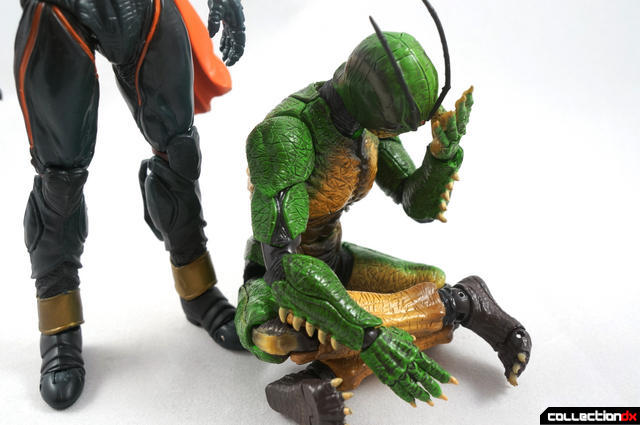 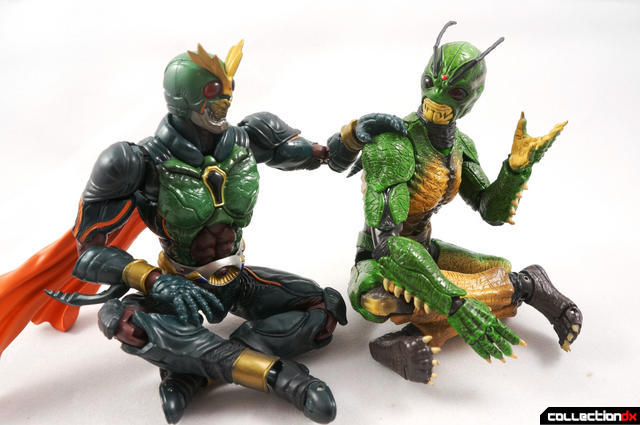 His glossiness kinda bugs me..I wish bandai did a darker matte finish on him to emphasize his organicness.
Nice review btw..love the last pic.

I can see where you're coming from. I don't know, I knd of really dig his finish.

Usually your picture reviews are excellent. I think with this one you may have entered into brilliant territory. I am not sure if action figure photography is a superpower but if so you have it. You are pulling body language scenes that are.... well I don't know what to say here but impressive man.

Thanks man! It means a lot!

"Mind if I sit here?"
That legit made me smile

it kinda looks like one of the live action zoanoids from the US guyver films, now all you need is mark hamill to play a mustached detective.

Great review. Nice and short but with enough info to be satisfied. I love those last 3 pictures. :p