I suppose this was bound to happen eventually. Gundam Assault Kingdom has been going solidly for a few years now, and so some figures which may have been earlier in the line and harder to get now are getting new releases. So to start off wave 7 of Assault Kingdom is a new version of the RX-78 with new weapons.

Now at first I thought this was going to be the exact same figure as the one from the first wave of Assault Kingdom. As it turns out, it's a brand new mold with quite a few improvements. The first Gundam had a very soft look to it, with a few muddled details. This one however is much sharper and looks excellent from all angles. 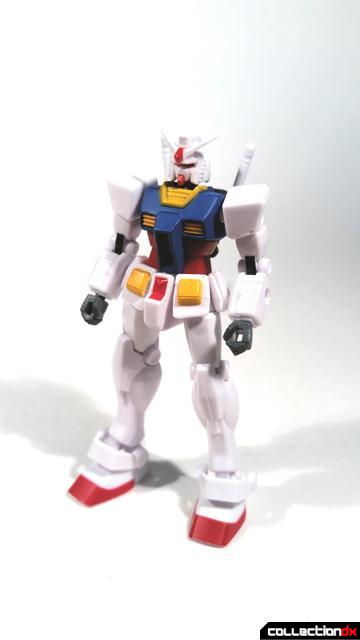 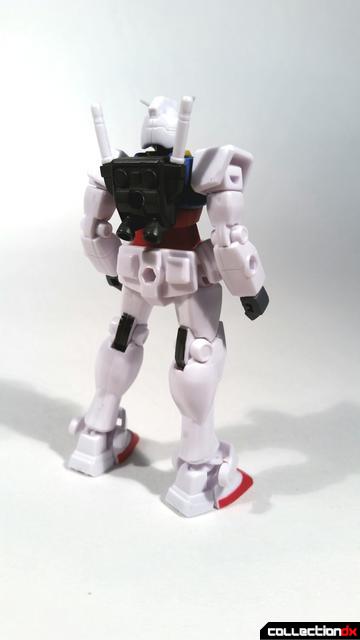 The colors are much more saturated and punchy too. 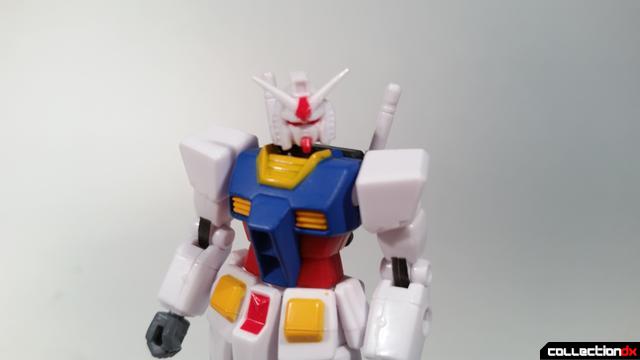 The articulation on the RX-78 v2 is solid. No real complaints and its range of motion is impressive as always. 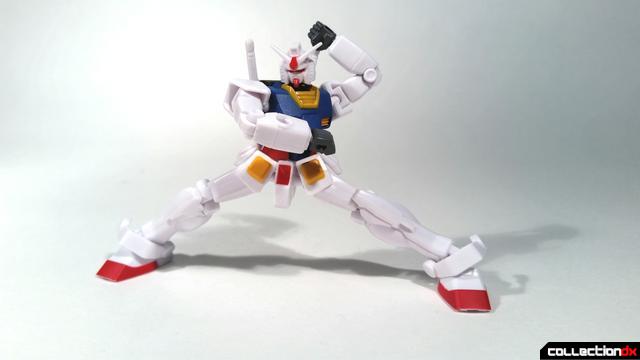 The new Gundam comes with quite a few weapons to make it stand out. The most notable weapon is its Gundam hammer which actually comes with a chain. 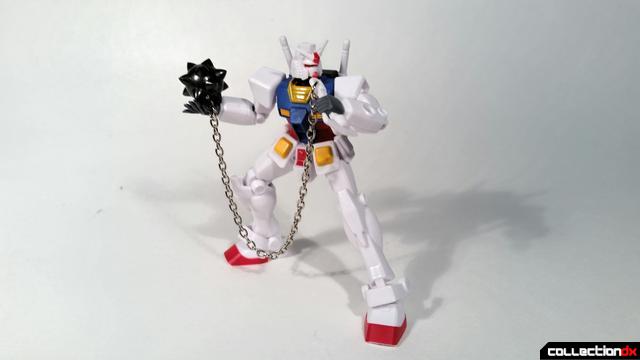 A beam rifle and bazooka are included as well. 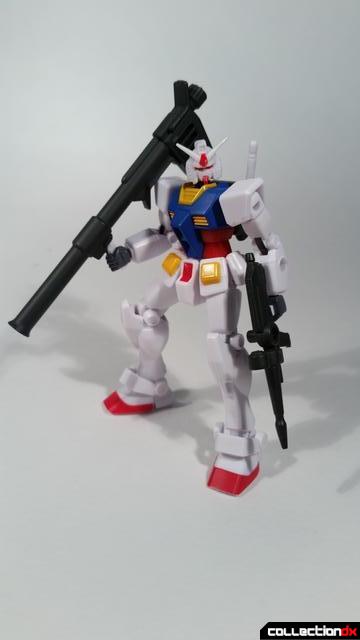 Plus on top of it all, they even tossed a beam javelin in there too! It's quite silly and fun. 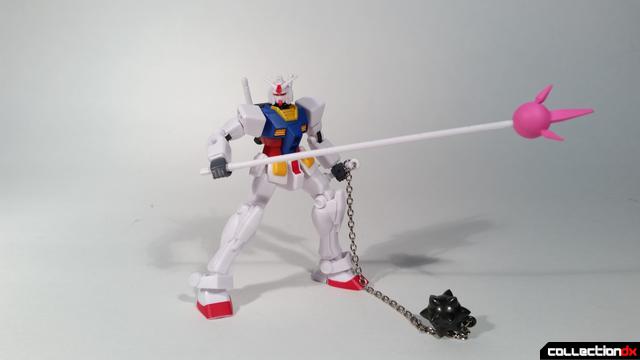 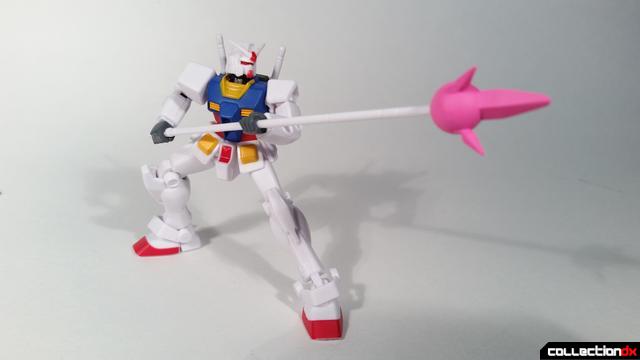 The only downer is that the Gundam doesn't come with its shield. If you want to give it a shield, you'll need to steal one with its wavemate, the GM. It's annoying that this is how they decided to included it, but I can understand why because the number of accessories as is is already quite ridiculous. 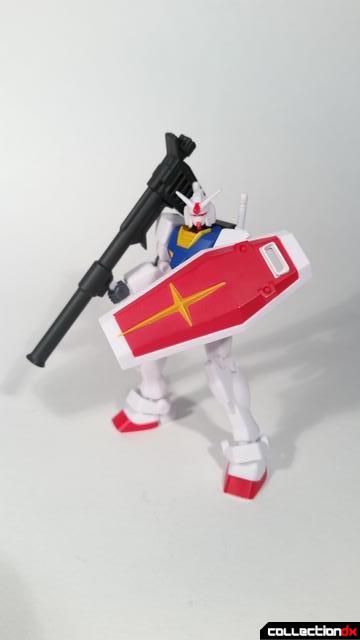 Here's a quick side by side of the new and old version of the Gundam. 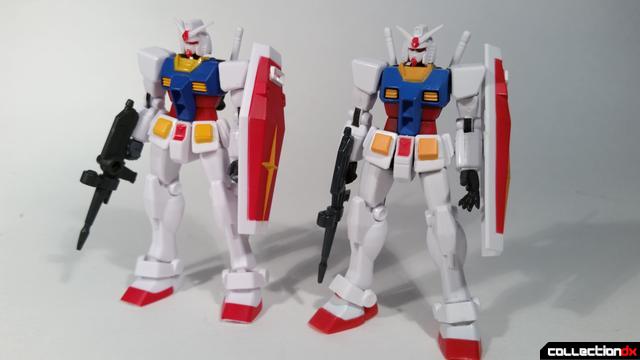 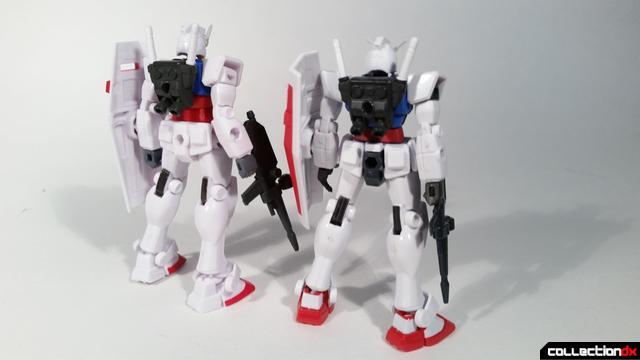 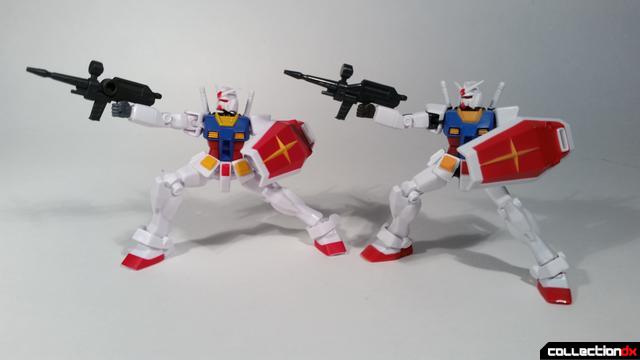 I like the first RX-78 a lot. It's a great and fun little figure. But the new RX-78 is a marked improvement in sculpt and weaponry. Even if its missing its shield, it's a great new figure that offers a whole lot to any Gundam fan for sure. 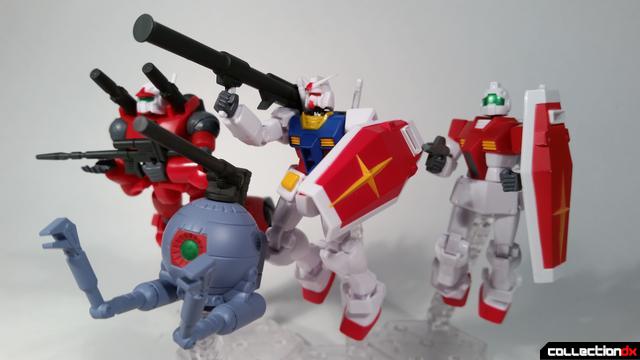 3 comments posted
I hope my Barnes & Noble get

I hope my Barnes & Noble get this wave in. We're still stocked with the previous wave 6.

RX-78 always finds a way to get better!