Zeta Gundam designs always get little sprinklings of love in Assault Kingdom, and next up is the unique and bulky Rick Dias! 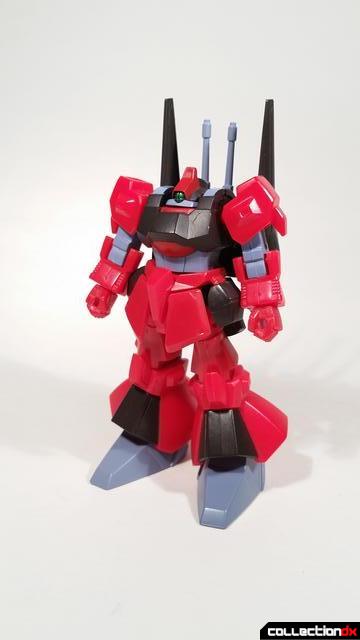 This figure is bulky and huge. Like, really huge for an Assault Kingdom. It's almost the same size as the Assault Kingdom Sazabi, which was an EX figure! 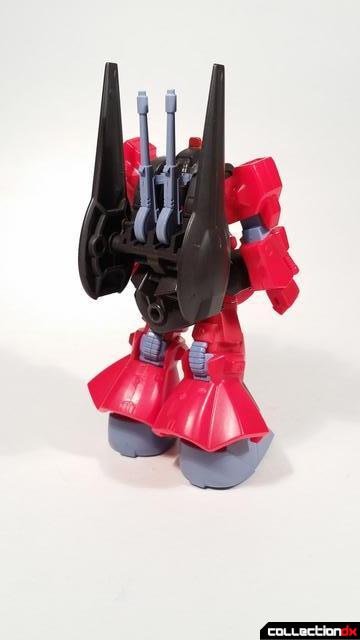 The Quattro Bajeena colors here look quite good, even if the shade of red plastic hates my camera. 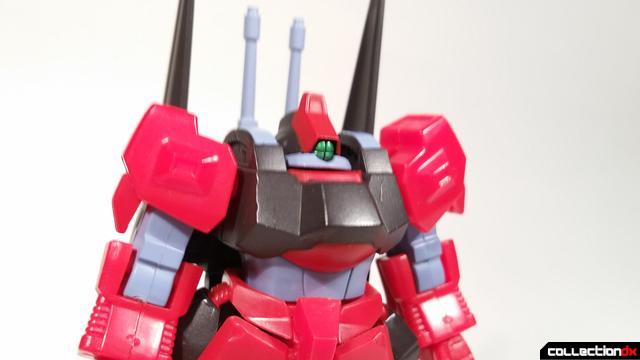 Rick Dias' has some amazingly articulated ankles and feet thanks to the massive foot print and ankle joint. However, the knees and hips are limited because of how chunky the figure is, so there's only so much you can do with it. 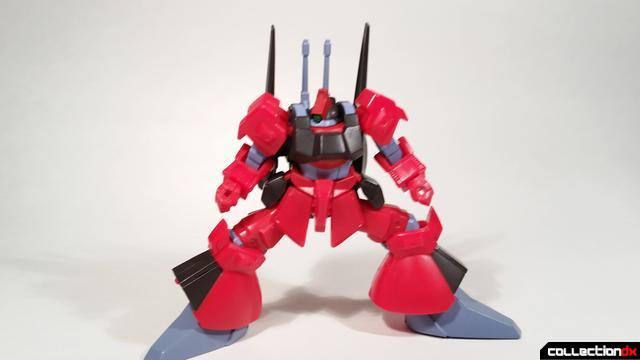 The arms and hips all move well enough. However, the head's ball joint is limited due to the actual design of the Rick Dias head, which can't do much more than swivel left and right.

In addition to being huge, the Rick Dias has quite a few weapons to go along with it. First off, it has its two beam pistols which can store on the backpack by just clipping on. 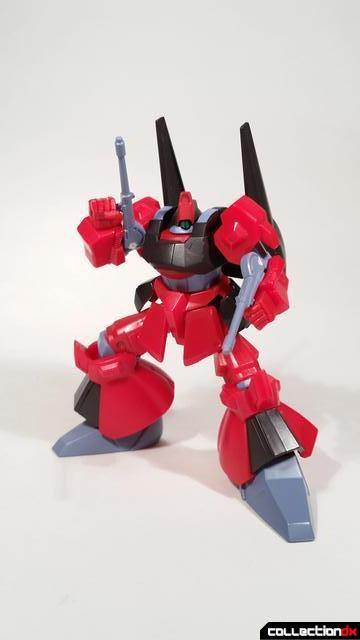 I've always thought these things looked dinky and silly, but if you make fun of them on the battlefield you're probably already dead. 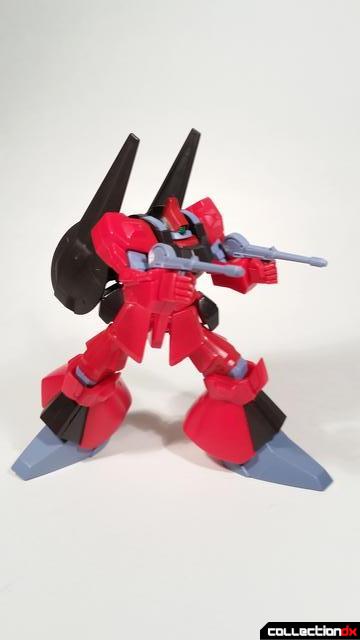 In addition to the beam pistols, you also get the clay bazooka! 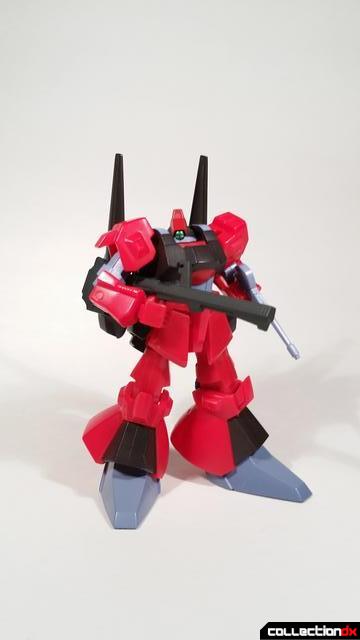 I'm gonna let you in on a little secret about the clay bazooka: There's no good way to hold it. The Rick Dias even comes with a special angled right hand just to hold it. 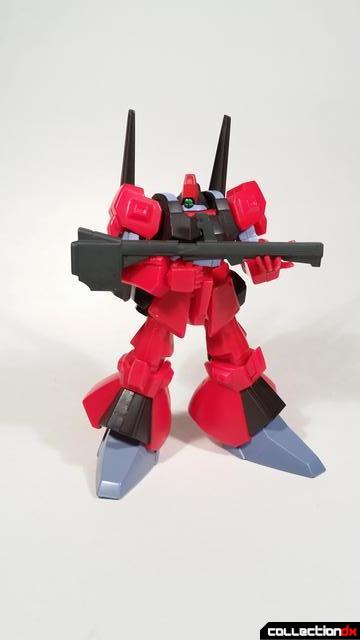 As a neat little extra, the bazooka does clip onto the backpack as well. 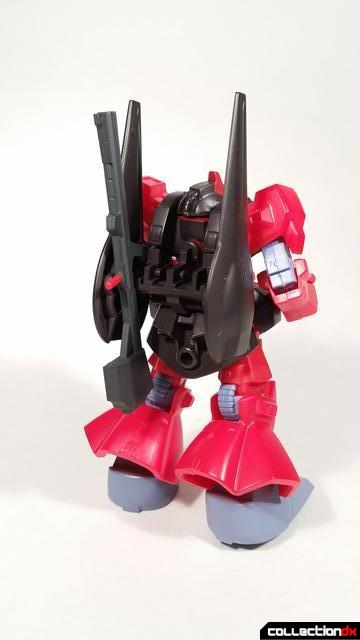 With all of these weapons, the Rick Dias is ready to go fight some Titans! 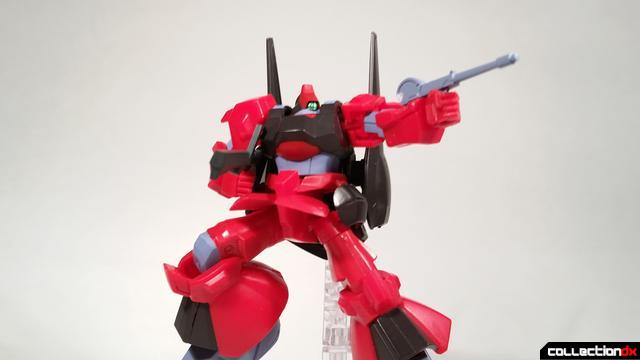 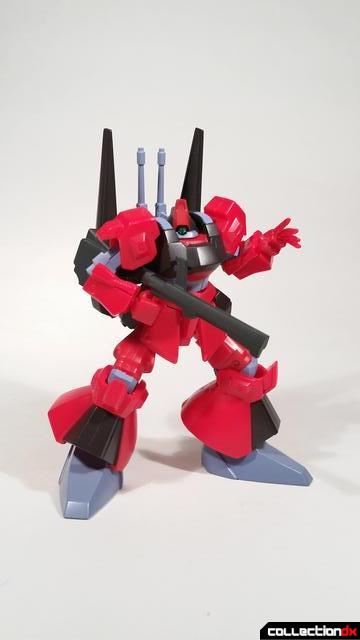 The Rick Dias is a massive figure. and possibly one of the biggest ones in the line yet. However, it does have its articulation limitations because of how these figures area designs. But it's still a very fun little figure and well worth your time if you come across it. Just don't expect too much out of the clay bazooka. 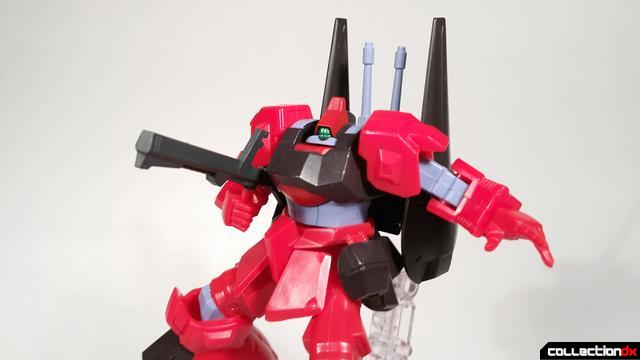