Nu Gundam is the first numbered figure of 2014 and it has a lot to live up to. The past year of candy toys was pretty freaking amazing so what kind of cool things will this figure do to live up to the line? Well, a whole bunch as it turns out. The Nu Gundam is a super popular mobile suit and a logical choice for the line, and is also the main focus of this wave of Assault Kingdom as well.

The sculpt on Nu Gundam is looking a little squishy, but good for the low price point. Some of the paint is a little bit sloppy, but not too bad. 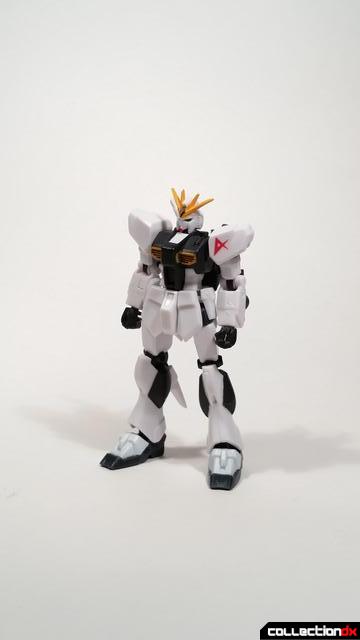 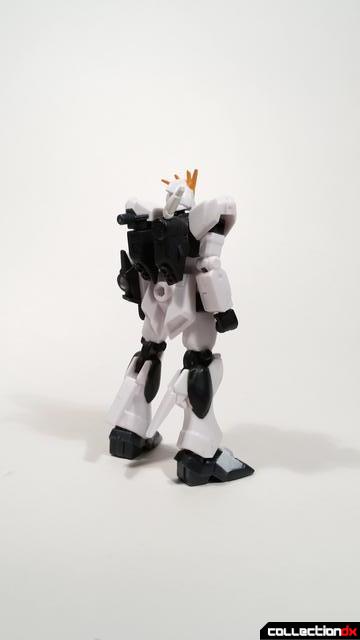 The managed to pack loads of sculpted detail on the back, and the included tampographed shoulder is a nice touch. 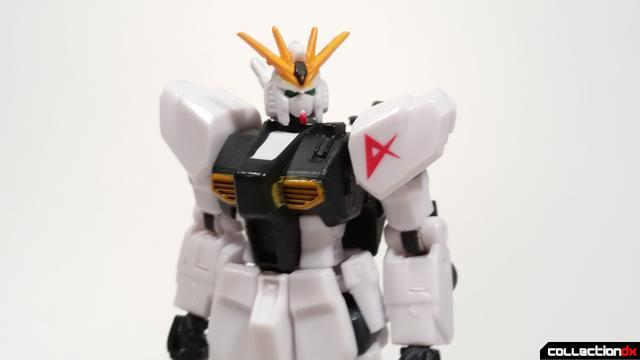 The Nu Gundam leads the trend of figures in Assault Kingdom wave 4 having my beloved swing out ankle joint, and I do love it. Even though the Nu Gundam is usually attached to a stand, having the extra joints is still a nice addition. 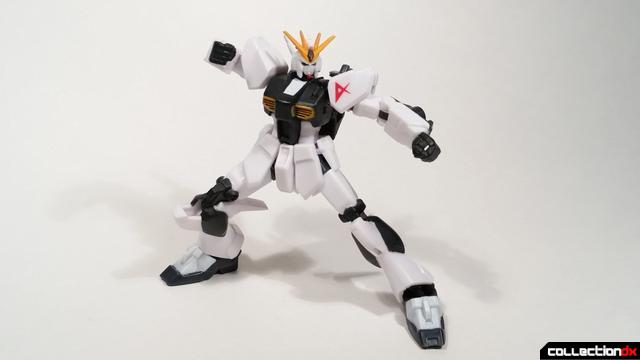 The Nu Gundam comes with loads of accessories, and almost all of them have a place to fit on as well. It makes the figure look quite well armed, and I'm glad that they could all be included at this price point. 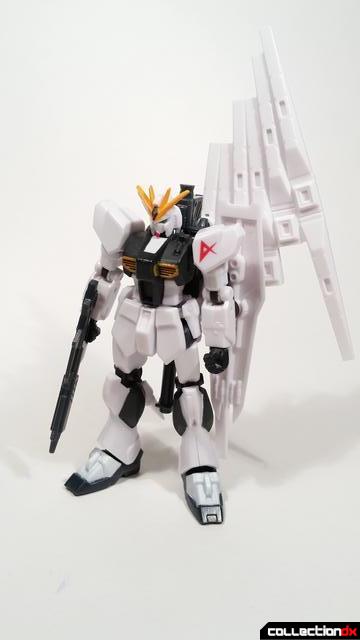 I love that the bazooka even pegs into the back as well. 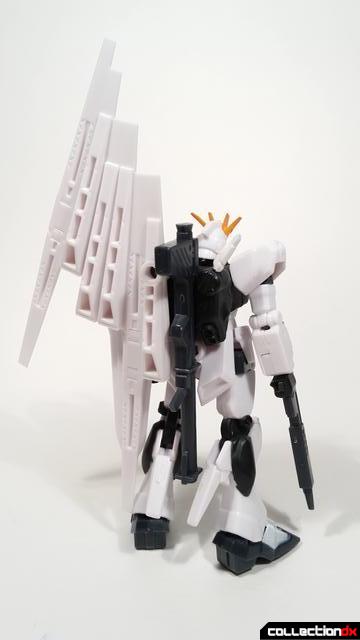 The Nu Gundam is so well armed and ferocious looking that I'll excuse it from having that silly under arm shield thing that I hate so much. 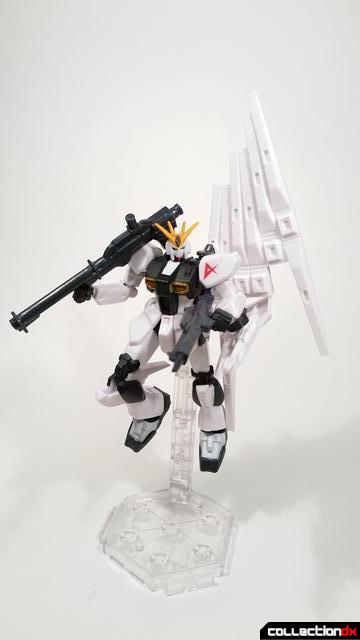 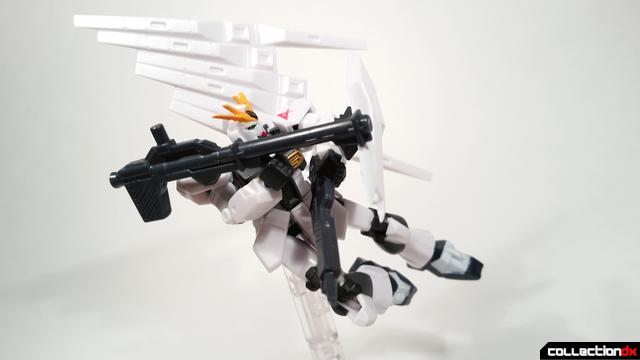 This is a toy that just looks great in almost any pose you put it into. 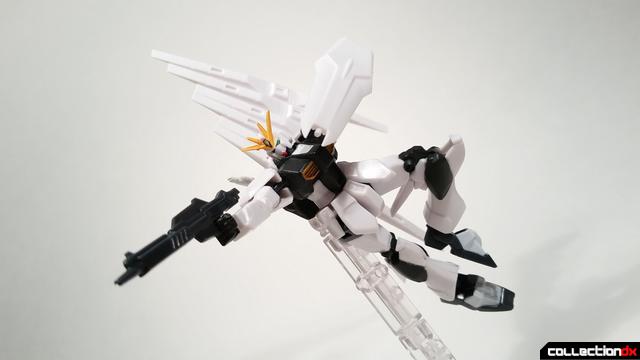 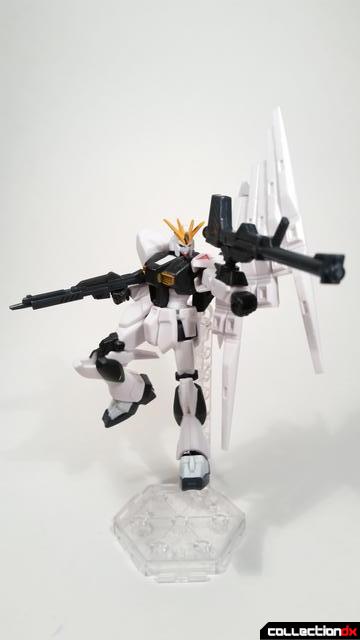 Also included is a set of fin funnels that are half missing. That's because every other figure in this wave includes a deployed funnel. You can use an additional backpack adapter that's included to "deploy" the funnels using stand pieces. 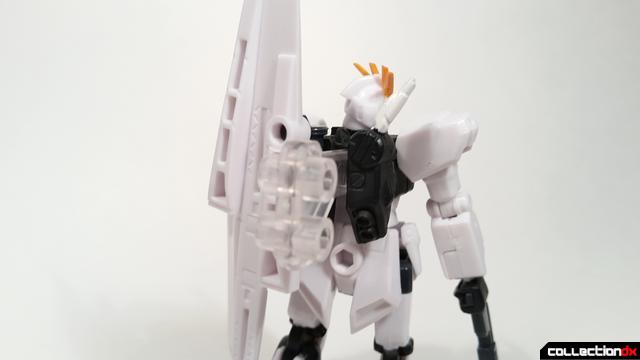 It's a little bit fiddly, but man does it look good when you get it set up just right. 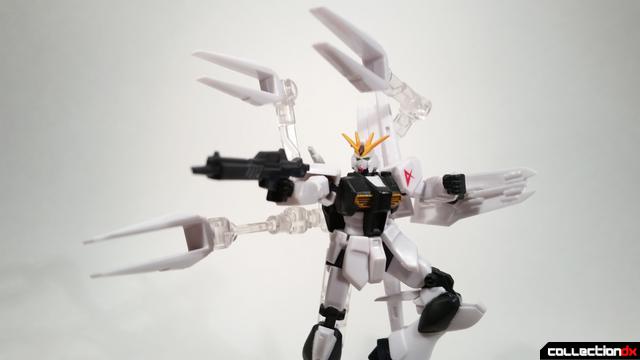 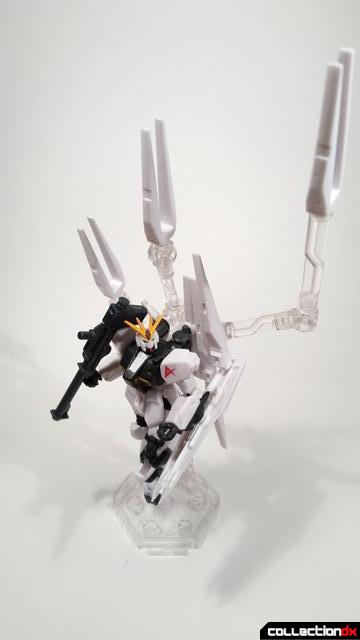 Nu Gundam knocks it out of the park with this new wave of Assault Kingdom. And the crazy thing, is that it isn't even my favorite figure from this lineup! I'm gonna be honest with you: this is one of the best waves of Assault Kingdom to date. 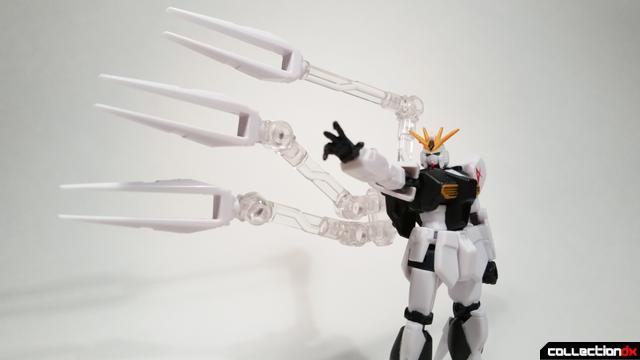 2 comments posted
You could say...

You could say this wave of Assault Kingdom ... 'Isn't just for show!"

HA! I see what you did there.