You know, I absolutely love the MN02 Optimus Prime release. JoshB also agrees that it is a remarkable figure. I said to myself, OK I get it, this is the kind of quality I can expect from later releases. I was sorely mistaken...

The quality is worlds above what I thought it would be. Before I explain myself, lets check out the box. Its a sturdy cardboard box with a slipcase over it. As beautiful as it is inside, it doesn't prepare you for the robot pornagraphy you are about to unleash. 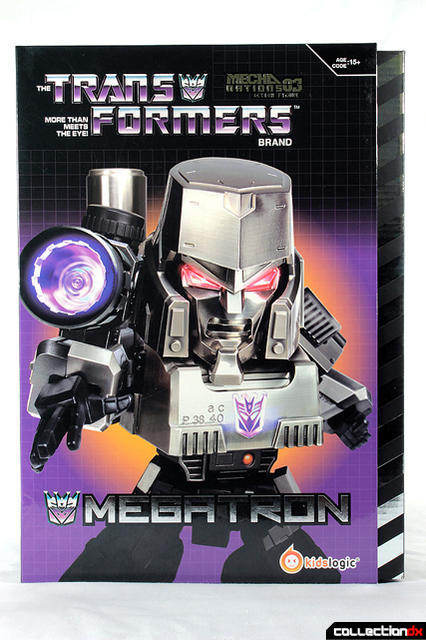 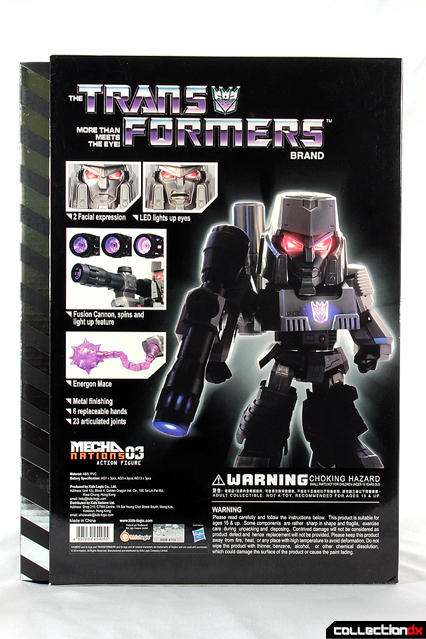 I normally would show you the tray, but no, you must see this work of beauty. Yeah its a metallic color. Shiny silver? No. Vac Plated? No. ITS ACTUALLY BRUSHED CHROME! The chrome is so fantastic that it feels cold and heavy in hand but as far as I know there are no diecast pieces. What wonderous magic has Kids Logic bestowed upon this figure to achieve this finish? Of all my figures, this is the only one to have such a sexy finish. 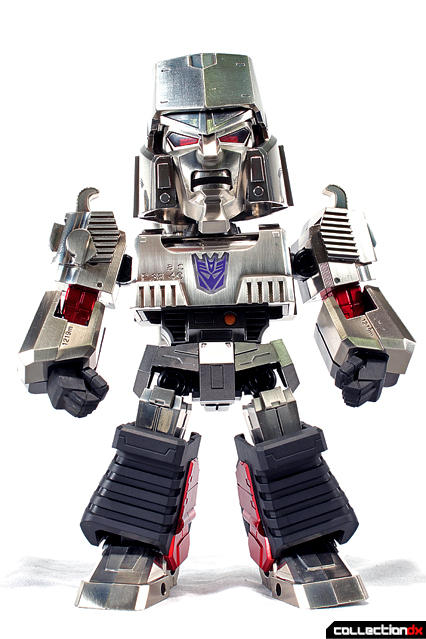 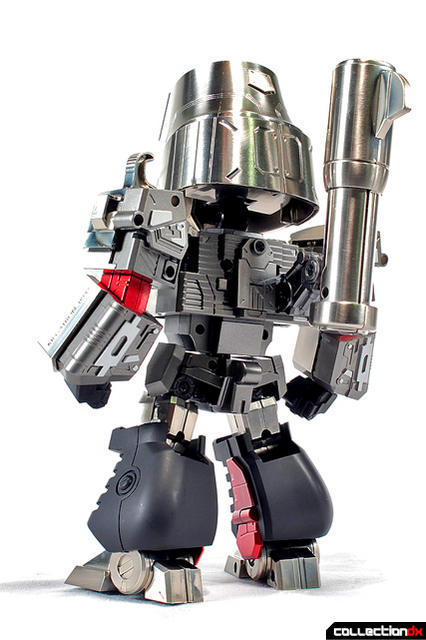 Megatron has his trusty cannon which requires removal of his arm panels. This allows you to see his inner arm. 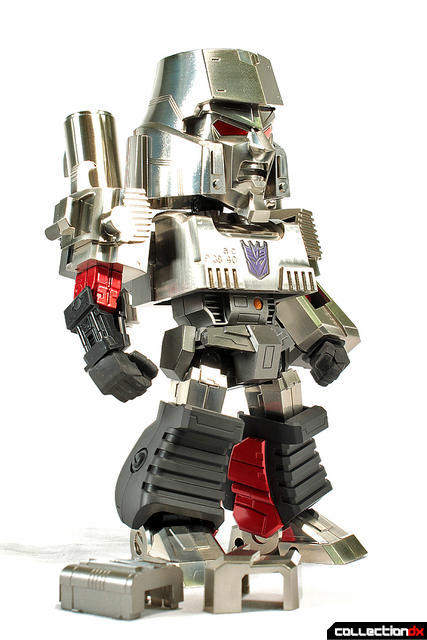 The cannon attaches by replacing one of the arm panels. 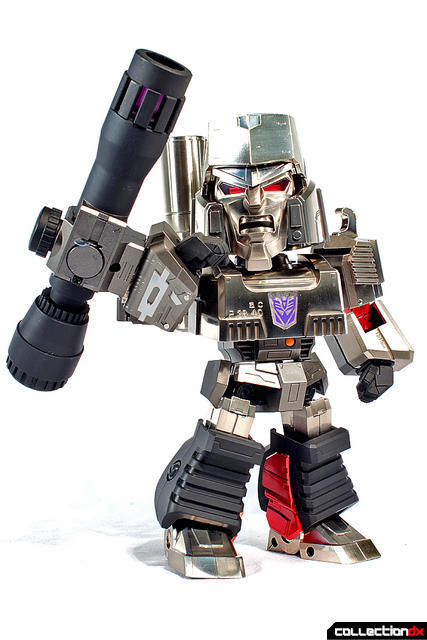 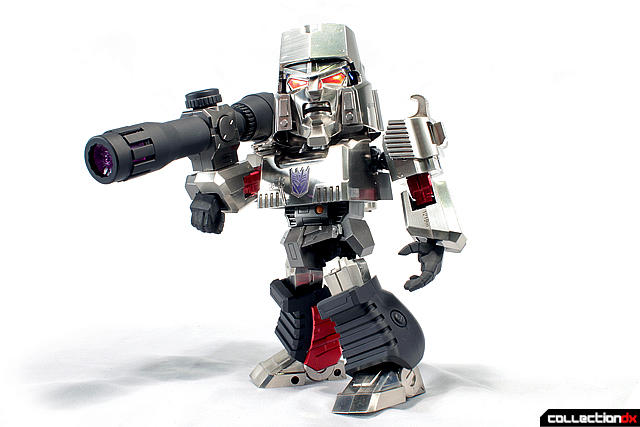 Megatron also comes with his Energon Mace. Although it has an articulated chain, it is not really meant to pose it in a dynamic fashion. 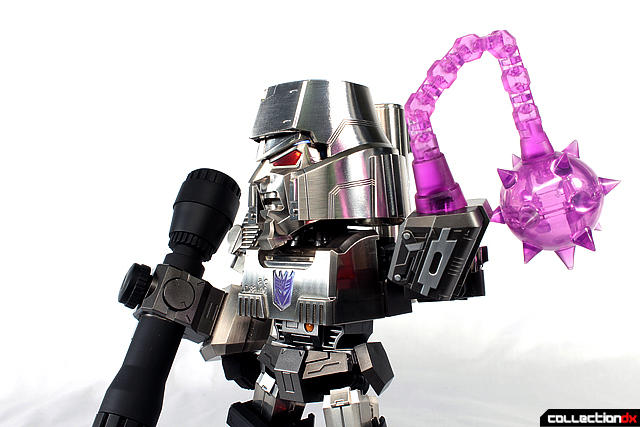 Even with its distorted proportions, all articulation points are intact and some even feature ratchets. 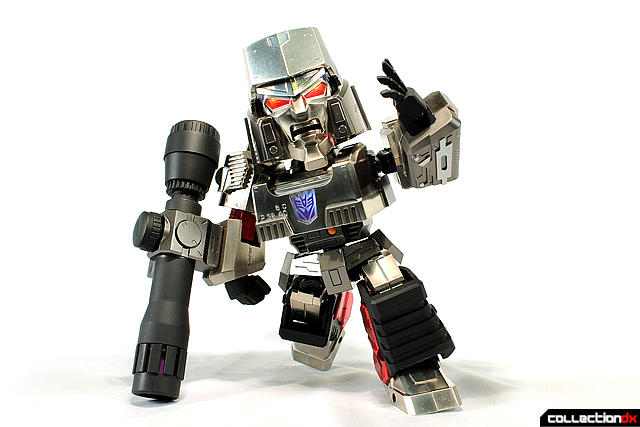 Like the MN01 Optimus Prime, this also has an LED feature in his eyes and faction logo. 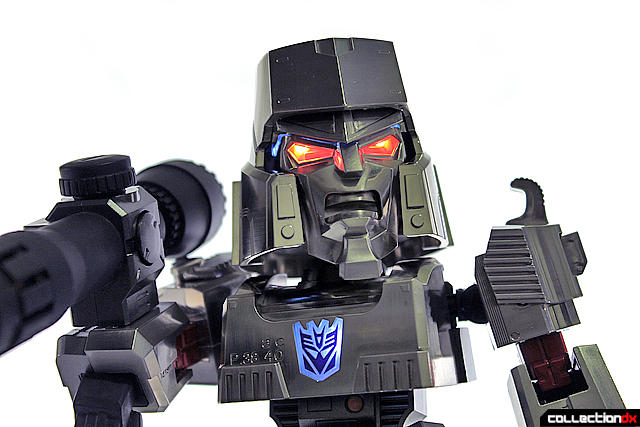 Oh yeah, it also has an amazing LED/Motorized cannon blast gimmick which made my jaw drop. By pressing the round piece on the top of the cannon, the cannon slowly lights up purple while making a humming sound. Then a fan shaped translucent plastic piece in the barrel starts spinning until it reaches full speed. Insane. 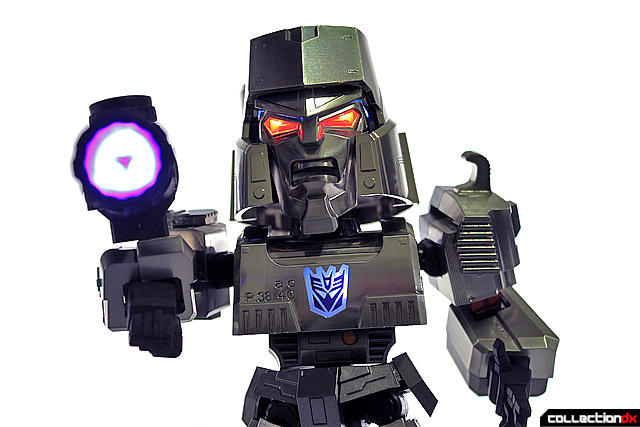 Also included is a spare face. To swap it, you must pull off the standard face which is held on with a magnet. Here you can see his faceless head and LED gimmick. 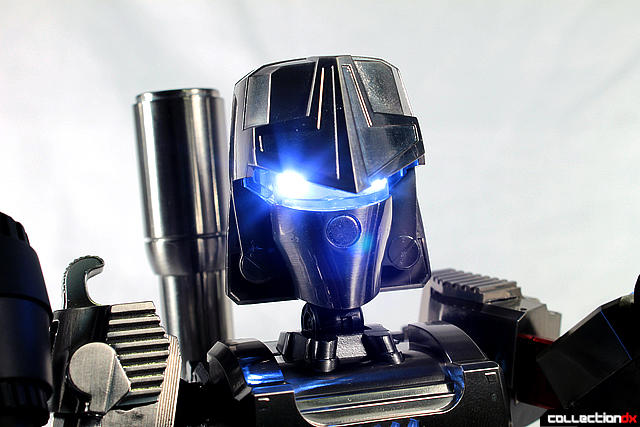 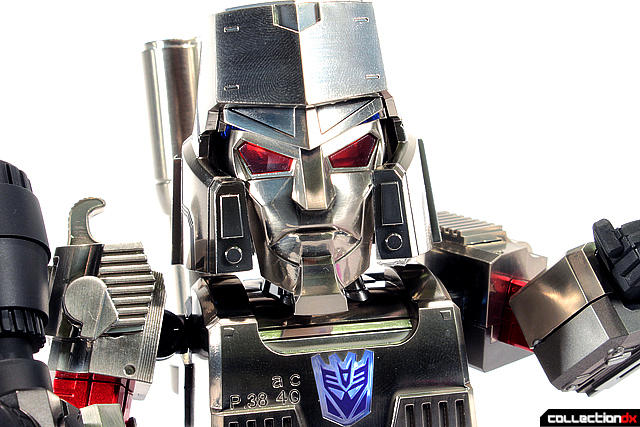 Megatron knows who the superior robot is. 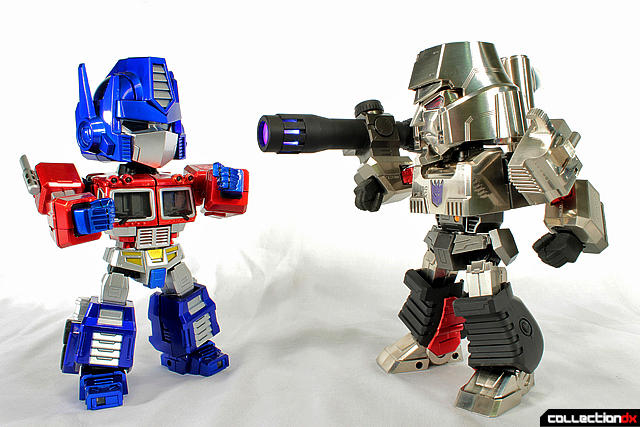 Aside from the things I have shown you here, there are also some spare hands which you can see in some photos. I believe this is one of the most beautiful finishes available on any figure. At least on figures I have come across. I wonder if this is the same finish Takara is using on their Masterpiece Megatron reissue. If so, I'm down for that too. As you can see below, I am digging all the Mecha Nations releases. The only one I forgot in the picture is the clear mini Megatron which came with my Megatron and was an exclusive for preorders. 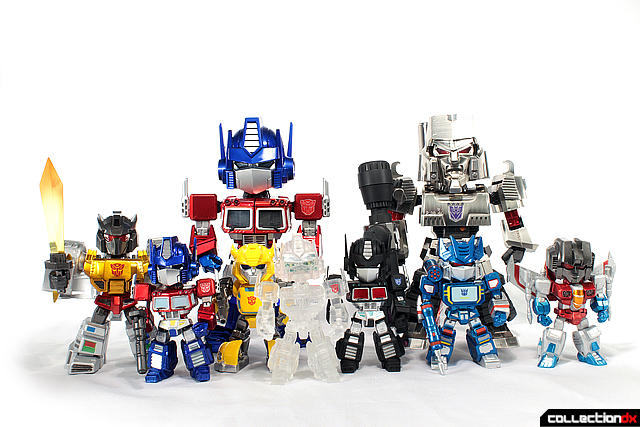 Looks fantastic, but what is the second face? Is it shown in the pictures? I couldn't see a difference.