Assault Kingdom 5 is interesting in that it's the first time the line has mass production units that can really be army built. The first figure to do that is the Jegan. Between Char's Counterattack and Gundam Unicorn, there's lots of displays for this figure to fit into. 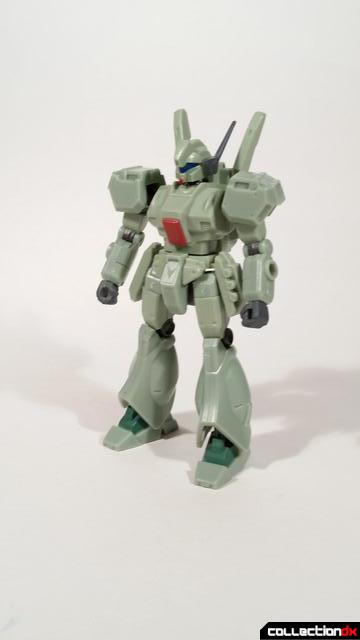 The Jegan is green, like... really green. There's not a whole lot of paint on this figure in particular, but the essentials are there like on the head and chest. 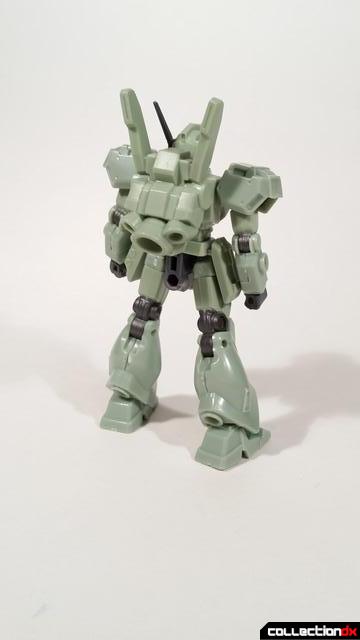 The paint for the visor is super glossy, and looks quite nice. 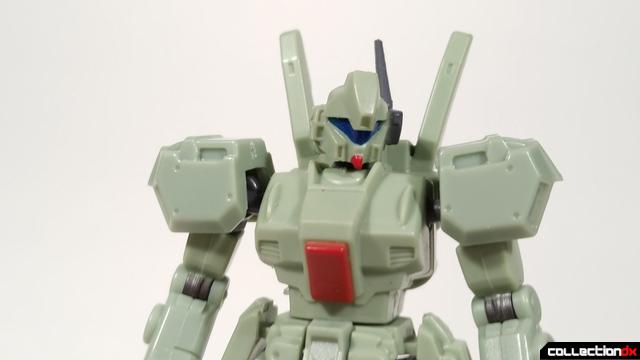 The Jegan has all of the joints I'd expect and enjoy on an Assault Kingdom, including the swing out ankle joint. 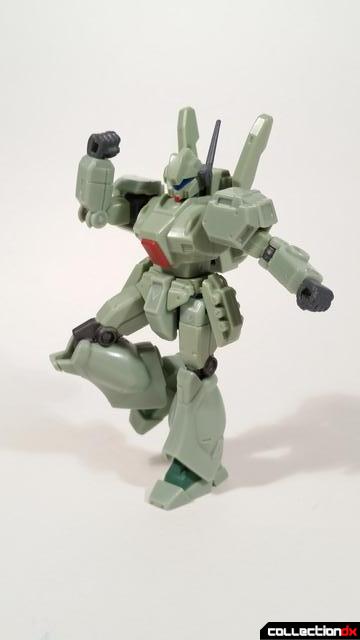 So it can hold many wide legged stances. 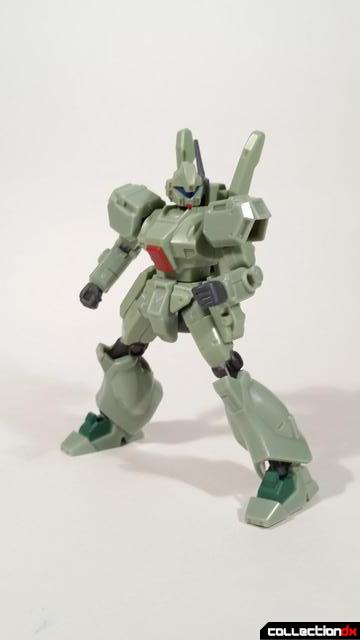 The Jegan comes with its beam rifle, shield, and a beam saber. I am really glad that they put some of the paint on the shield. If this were a giant block of green, it would look pretty poor. 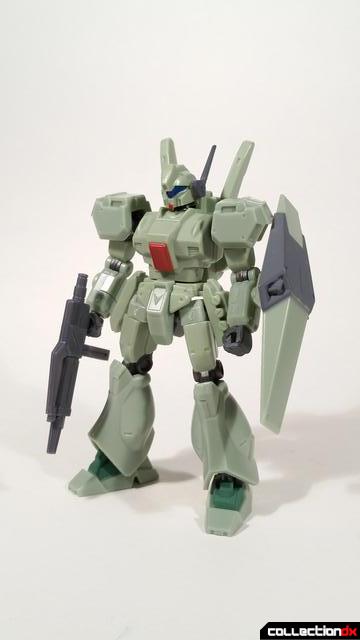 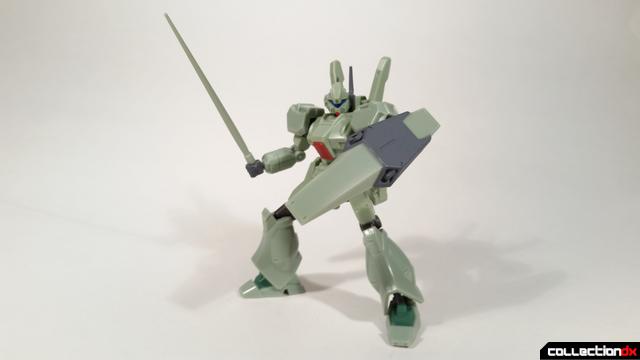 Even though it's just a grunt unit, the Jegan manages to always look cool. 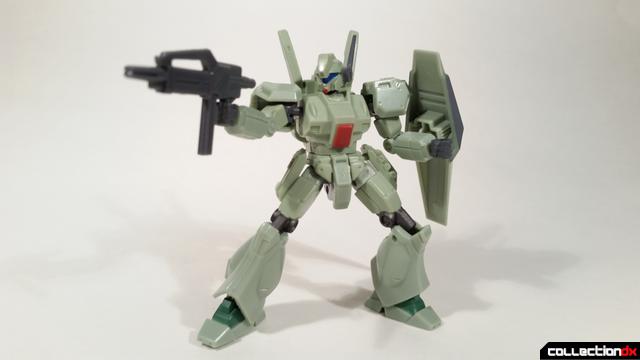 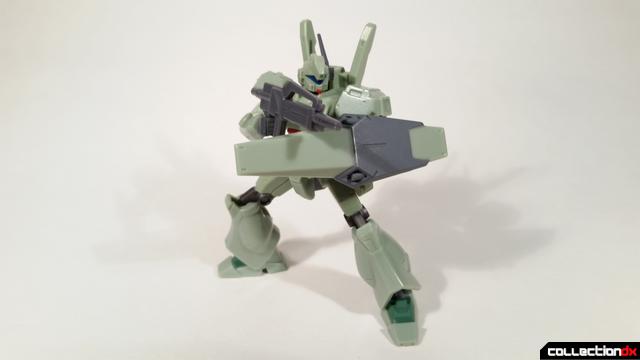 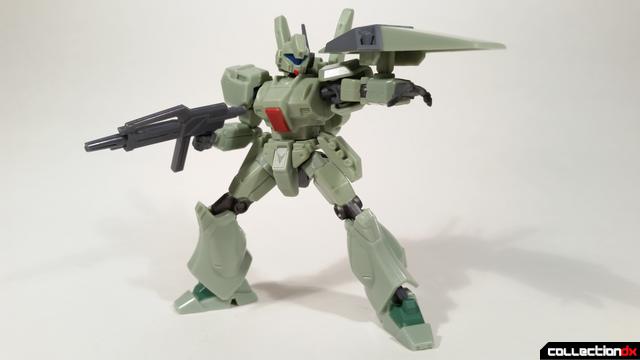 I think that there must be something about the Jegan I really like, because I somehow wound up with three of them. It's just a really nice figure to have a small squad of. 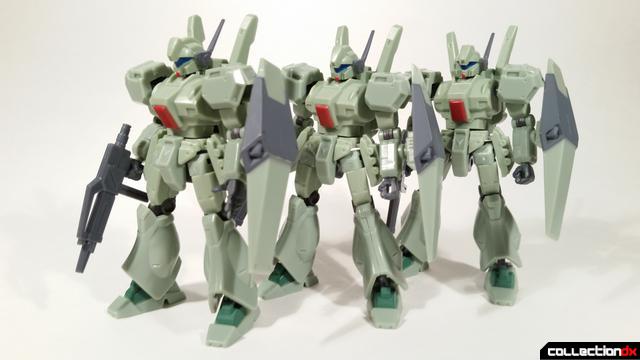 If you collect all four figures in this set, you can built a tiny little truck where you can have a mobile suit resting on for delivery. This is kind of cute, but it doesn't work as well as one would hope. 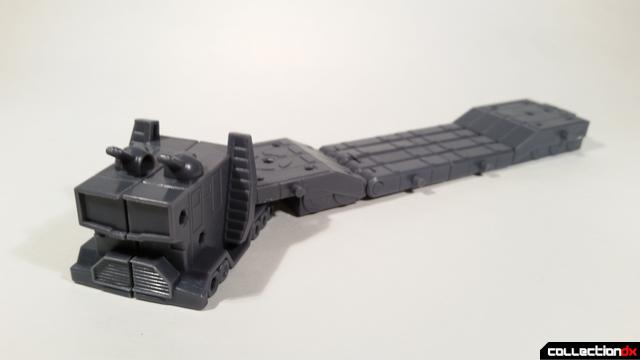 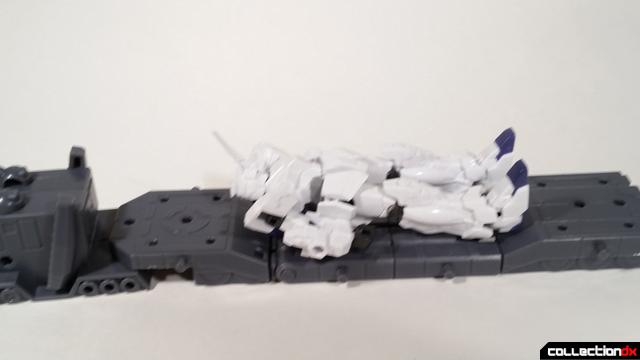 It does make for neat little displays though. 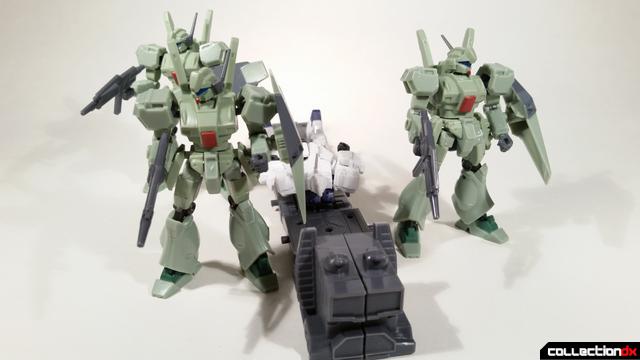 This along with the Zaku are the true stars of Assault Kingdom 5. Their posaebility, and simplicity do wonders to make the perfect desk toys in any quantities. 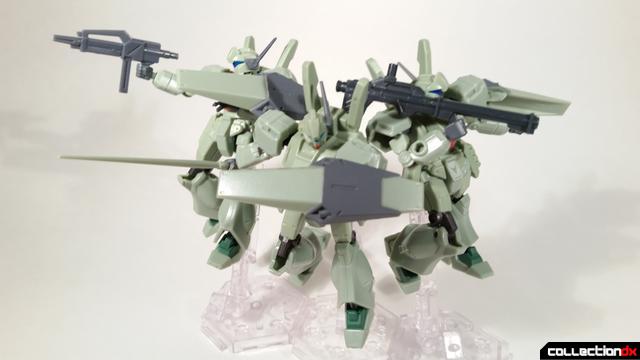 I couldn't agree more about how awesome this suit is just for being so simple! I love the Jegan so much I named a cow after it (one of my replacement heifers, she's a high blonde color so I count her as an "ECOAS" model).

On a side, this is the version from Gundam UC because the shoulder armor.

man I wish Bandai would stop torturing us and make a Master Grade already or even an HGUC of Conroy's model. I'd die Happy with a Proto-Stark Jegan in the RE/100 line!

haha, you've got to find a way to get that cow story to Izubuchi!

Ah, one of my favorite grunt suits! GMs are always nice, but I love the advances to them as time goes on in the UC. Jegans are just friggin' awesome, and that last shot of yours shows that off perfectly. Great little figure, fantastic design.