This is perhaps one of the most logical recolors to do in the line next to the Unicorn Gundam: The Gundam Mark II in Titans colors. So when I first saw this release in magazine scans I reaction was "Oh! That makes sense" as opposed to any form of excitement or glee.

I'm gonna keep this one nice and short. It's exact same figure with a new accessory. 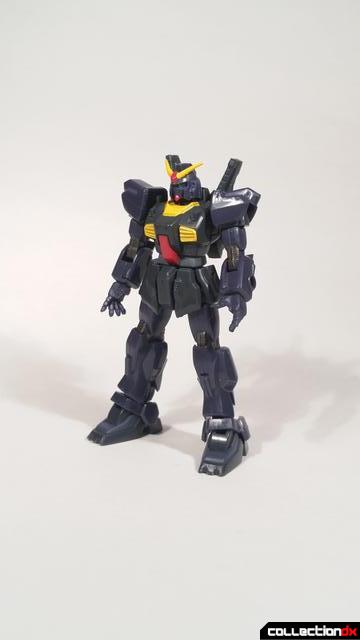 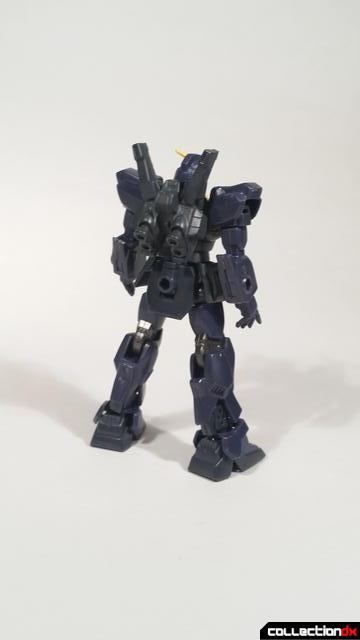 The navy blue looks good and everything looks to be in place. 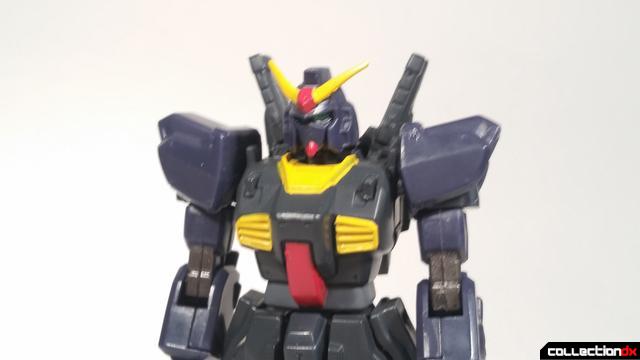 The articulation is the same as on the original. Solid, effective, but not overwhelmingly impressive. 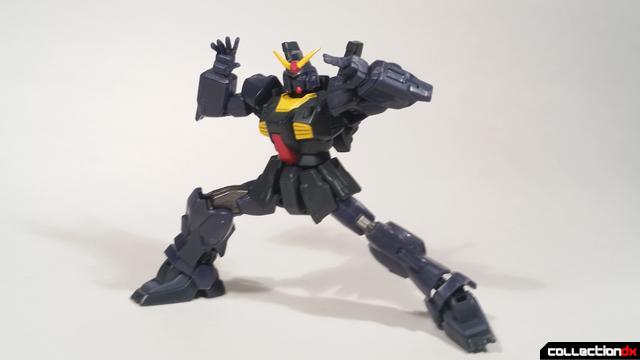 The Mark II comes with the same beam rifle and shield as the first figure. 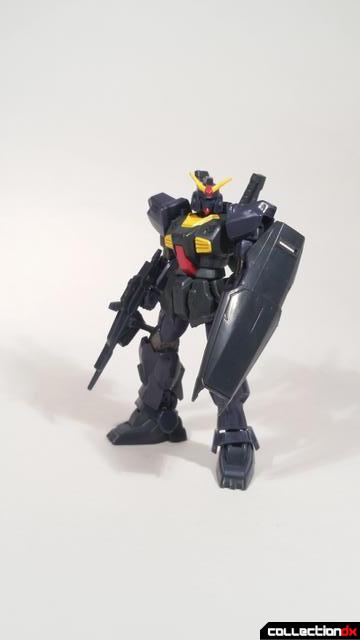 The one new addition is the vulcan pod. This piece just wedges itself onto the head. It's a well done piece though there's not much to it. 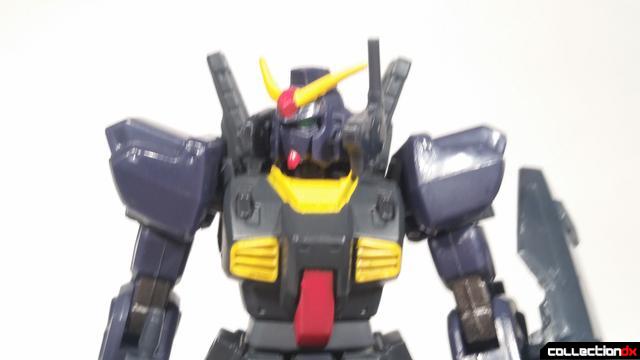 Just like the original, this figure poses very well. 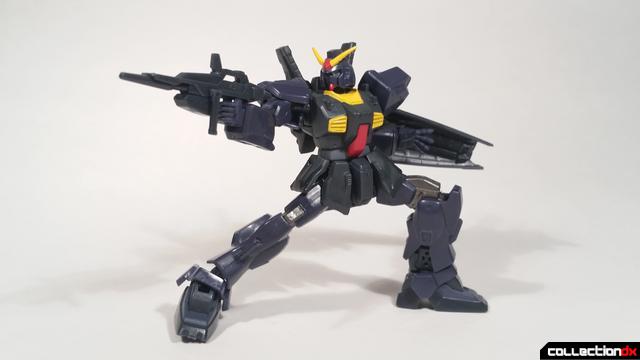 For a quick comparison, here's the Titans Mark II next to the first Mark II figure. 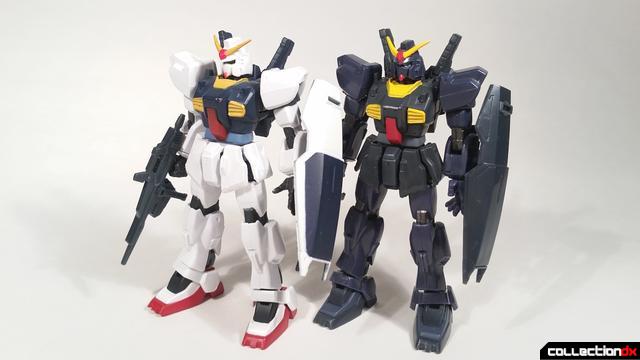 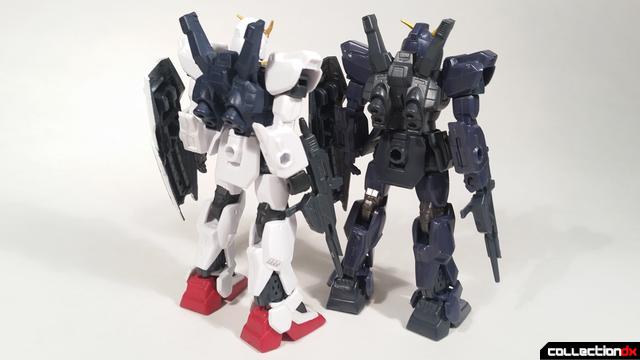 The vulcan pod can also be used on the first Mark II as well. 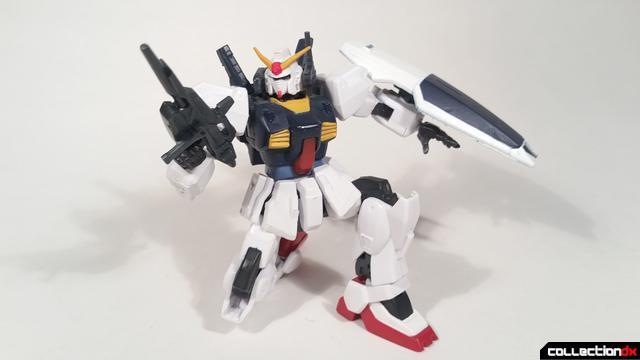 I may come off as seeming rather disinterested or bored with this figure, but that's not the case. There's just very little to say about it since I gave most of my thoughts in the first review of the Mark II. I wish that it came with maybe a different weapon like the clay or hyper bazooka to help set itself apart from the first release. As it is, it's a good opportunity to get a figure that was pretty early in the line. 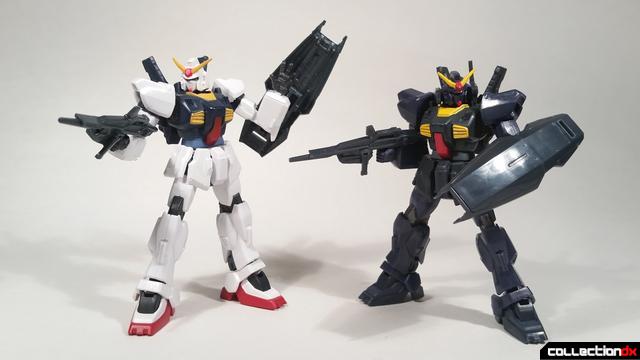