Under the Bandai Creation banner, Bandai has been putting out Godzilla Vinyls for years now, often with original sculpts for the US market. These figures are sculpted by the Japanese sculptors, but not released in Japan (until very recently, as USA Versions)

In honor of the latest Godzilla movie, released in 2014, Bandai has released a vinyl Godzilla in similar size as the previous releases. While many collectors scoffed at the more toy-like Godzilla releases, this one should grab their attention.

Godzilla comes in the familiar Bandai Vinyl packaging. Why they can't sell these with swing tags like the Japanese I have no idea. This takes up so much more space. 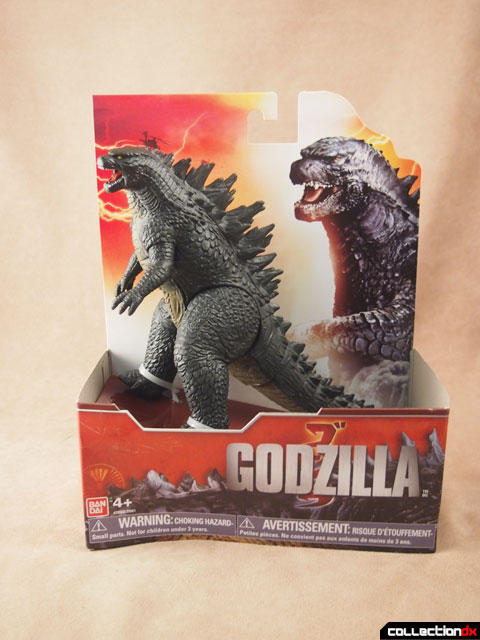 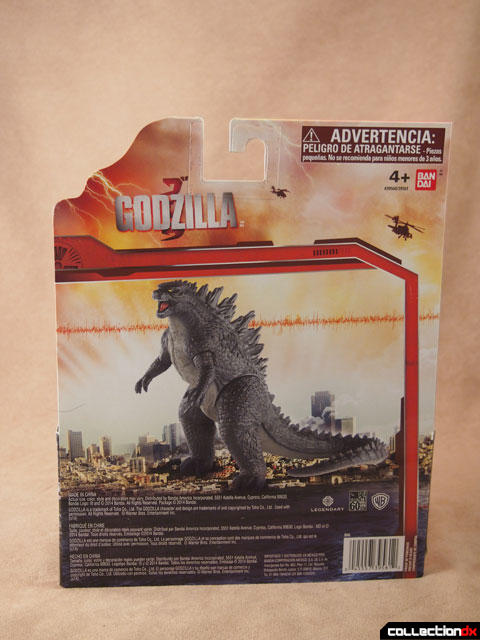 Godzilla is 6.5 inches tall and 11 inches from head to tail. 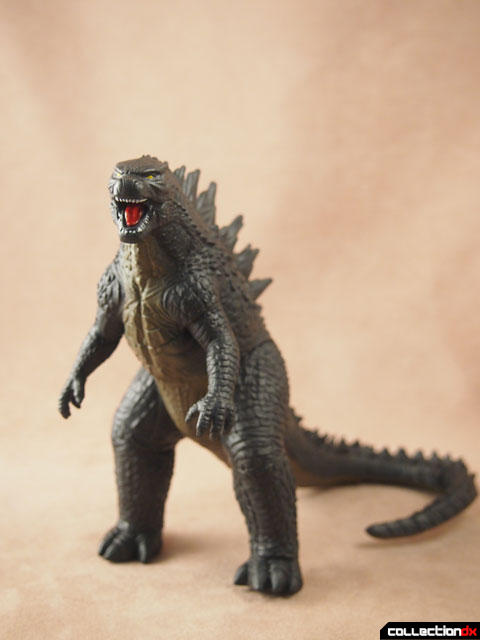 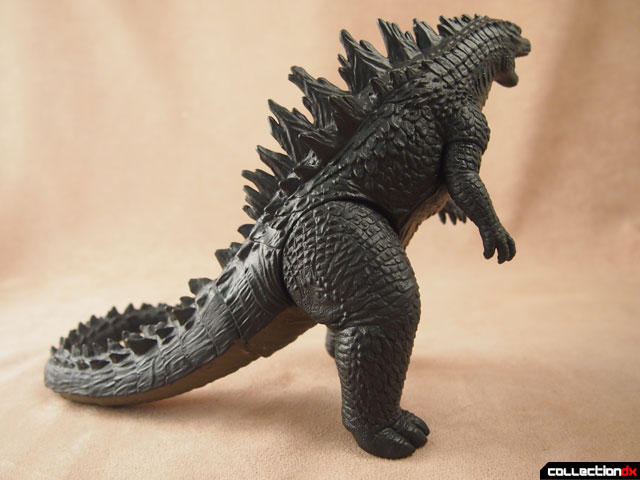 The head sculpt is great, with nice tight paint applications. 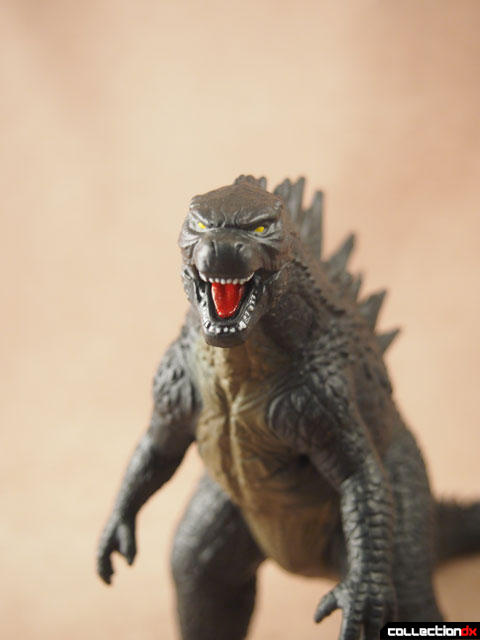 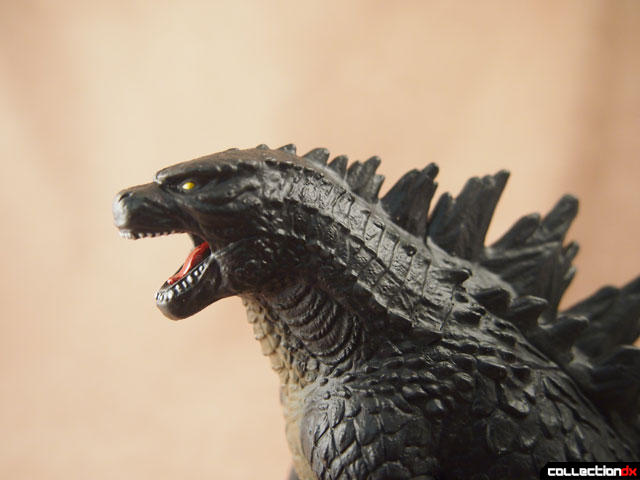 The small front arms can swivel. 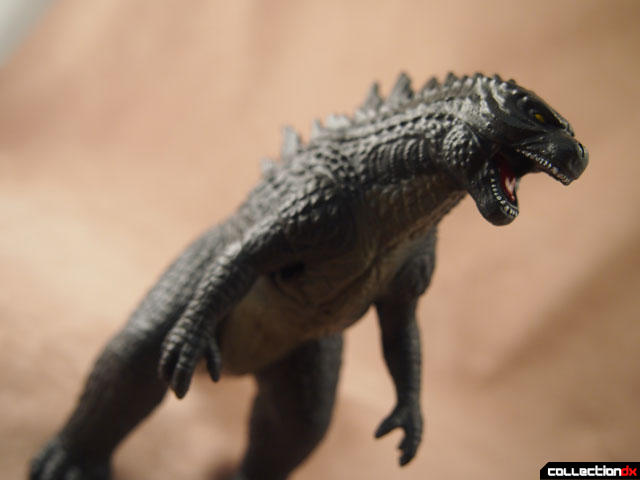 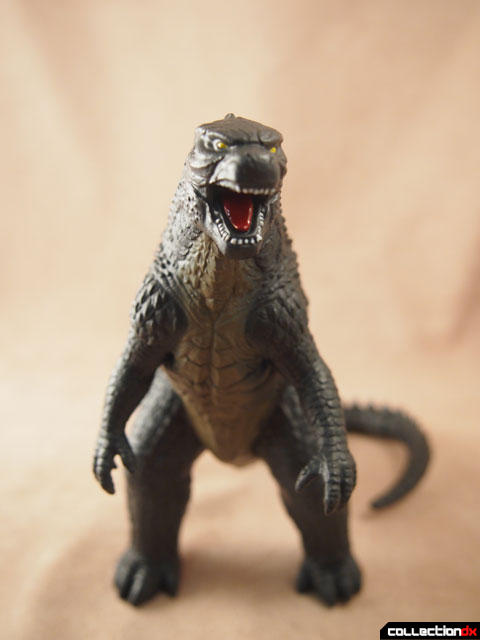 The legs also can swivel at the hips. The manufacturers marks are on the bottoms of the feet. 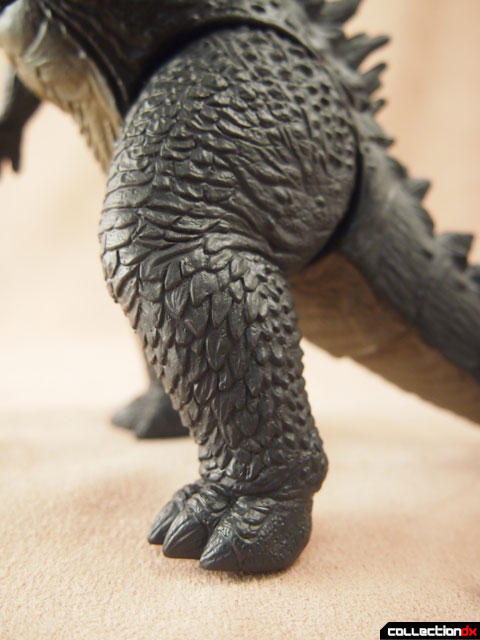 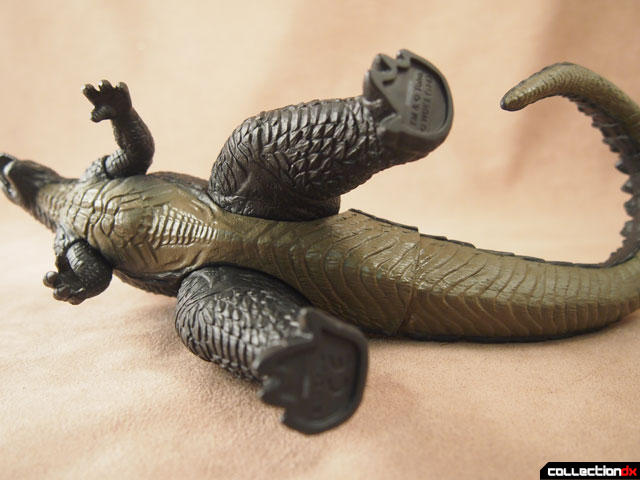 The tail and spikes are nicely detailed, and is permanently sculpted into the curl you see below. This incarnation of Godzilla had an exceptionally long tail, so this was the only way to fit in the package. 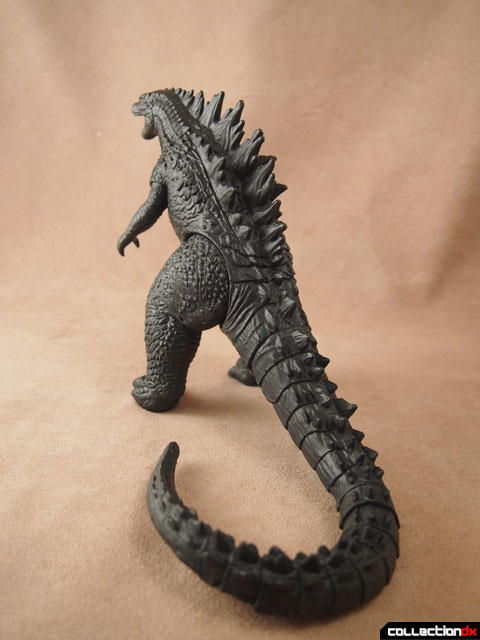 A great release from Bandai. Now, where's my MUTO?