If there's one thing that Assault Kingdom can always use more of, it's cannon fodder! And there's no cannon fodder that's possibly more lovable than the GM.

The GM is in a vibrant shade of white. I think it's a bit of a shame that the backpack isn't painted at all though. 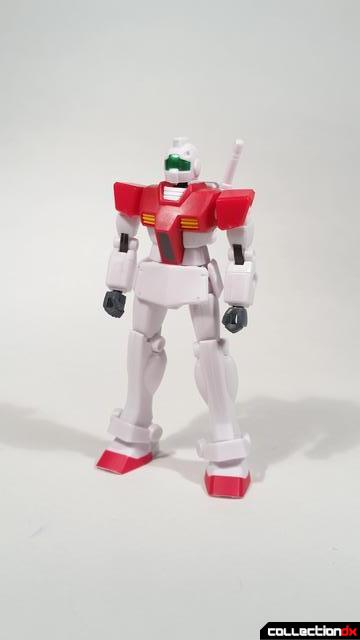 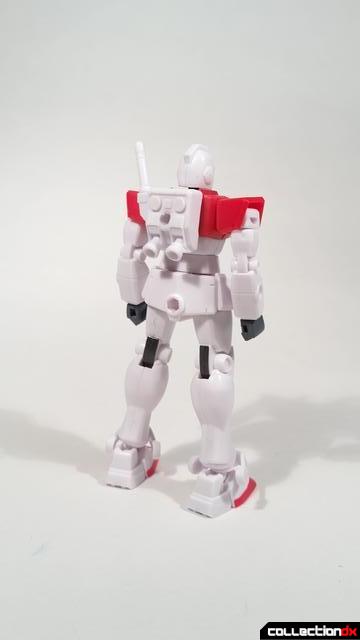 The head is so pleasantly rounded that it's quite adorable. 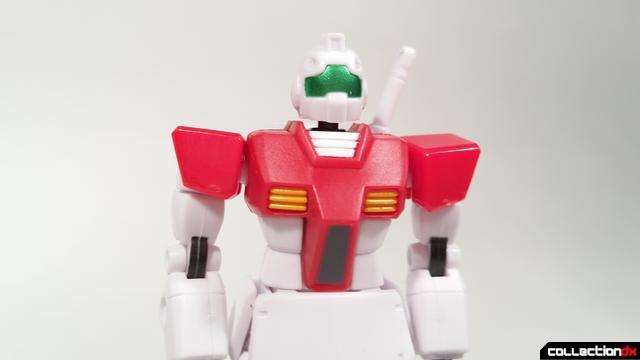 Everything about the GM is like the RX-78, but just not as good. Including the articulation which is functional, but nothing about it is oustanding. 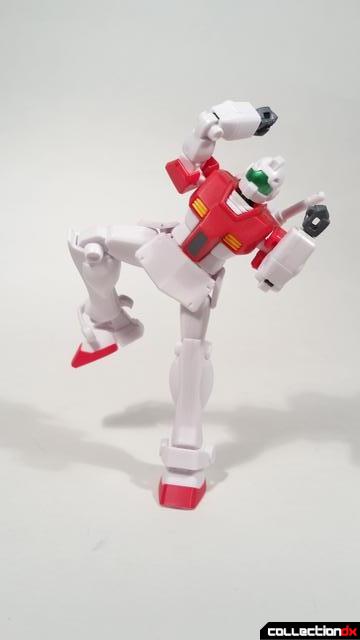 For all the weapons that the RX-78 comes with, the GM just comes with its beam spray gun and a shield which the Gundam usually steals away. 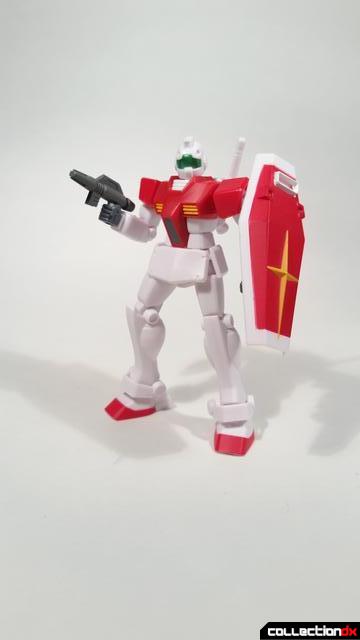 It can strike a decent action pose though. 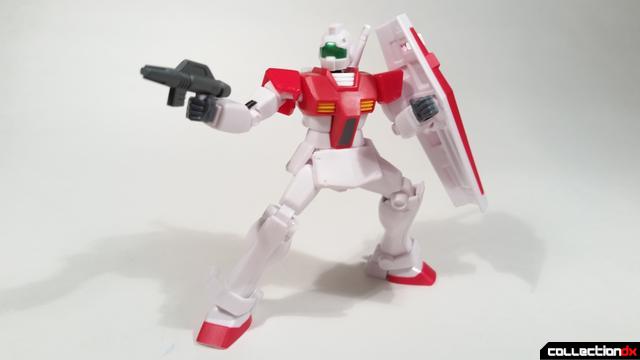 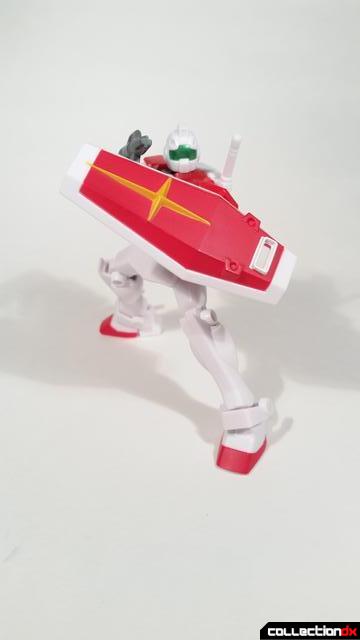 A beam saber would have gone a lone way to make this poor guy stand out. 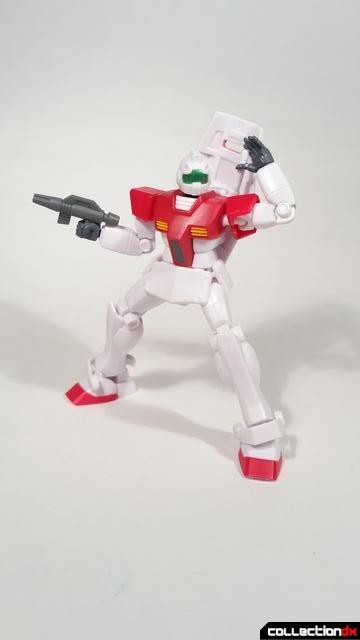 This is the last set to come with a buildable accessory to date, and it's a VERY good one. Collect all four figures and you can build a Ball! 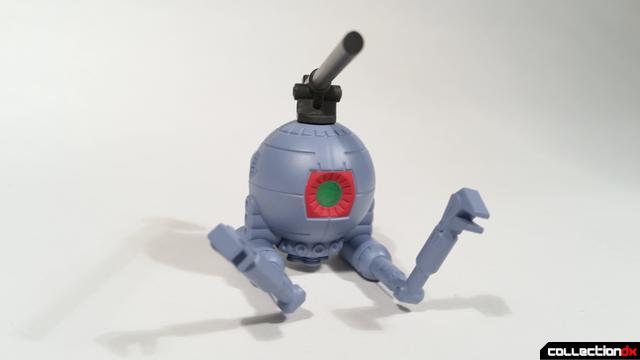 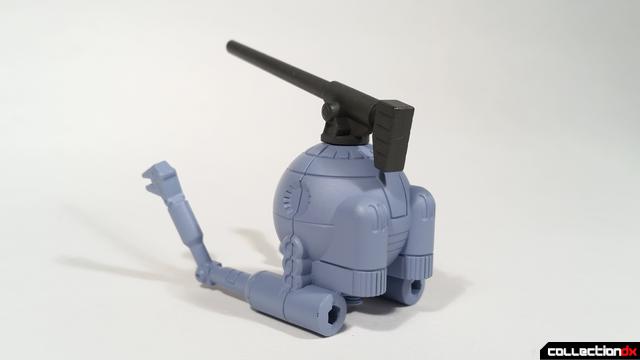 The tiny little coffin is actually painted up and its turret and arms can move just enough to give it a little bit of character. 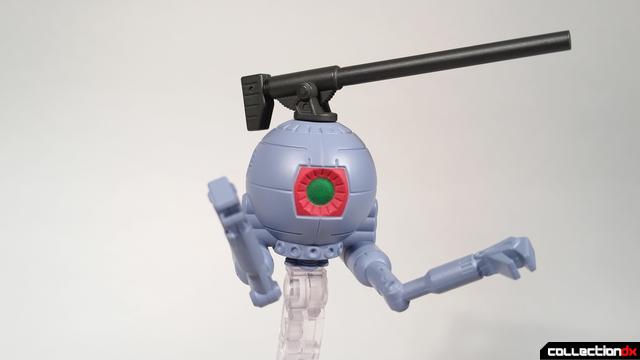 With its little buddy in tow, the GM is quite please. 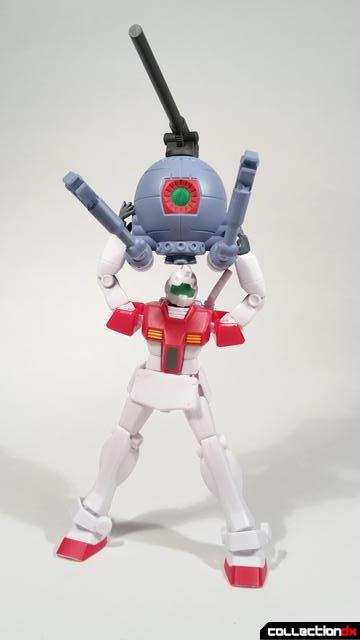 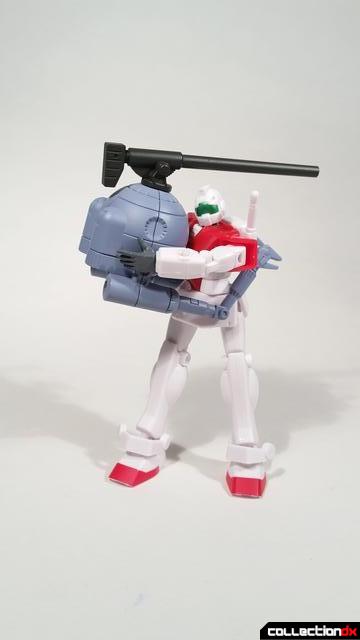 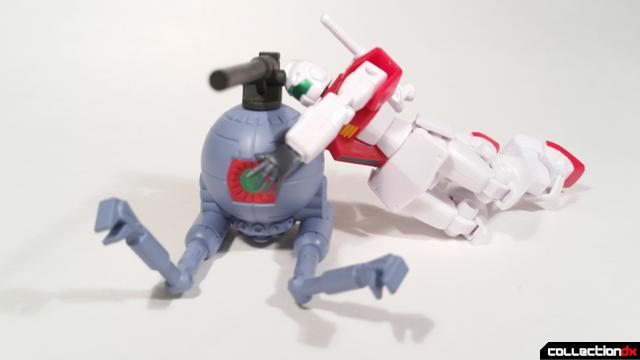 There's not a whole lot exciting about the GM, but the pairing of the GM and the Ball makes this wave of Assault Kingdom for me. The two of them are such a lovely pair and make it all worth it in my eyes. 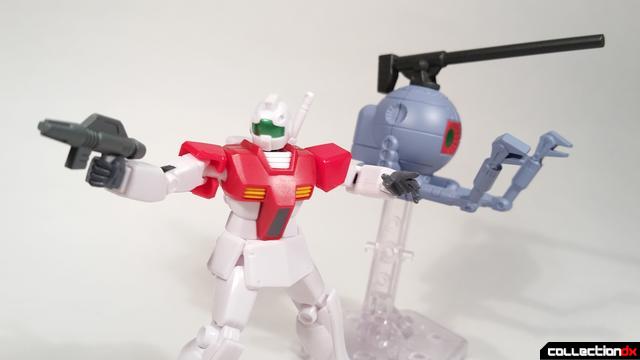