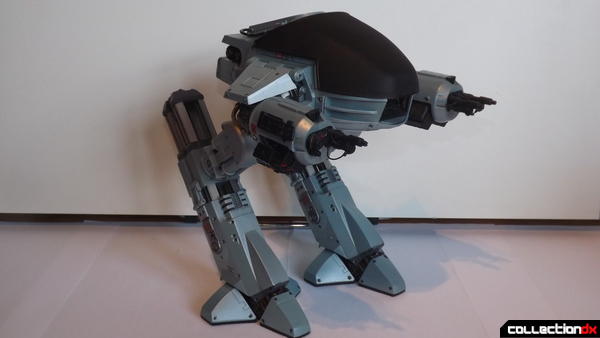 The box is a good square 12 inches all around with various product pictures.
Inside it`s so basic I haven`t bothered to take pictures, just cardboard and wire ties holding ED in. 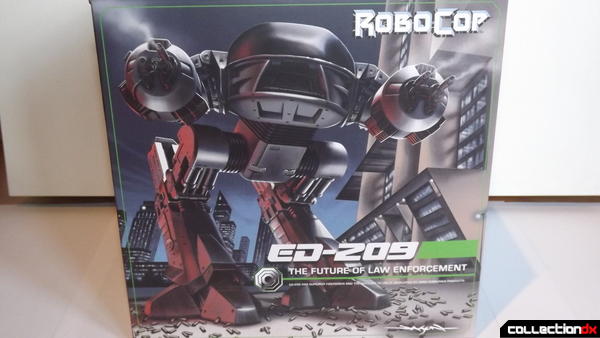 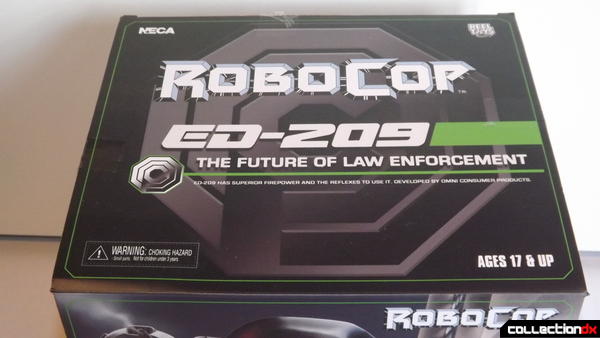 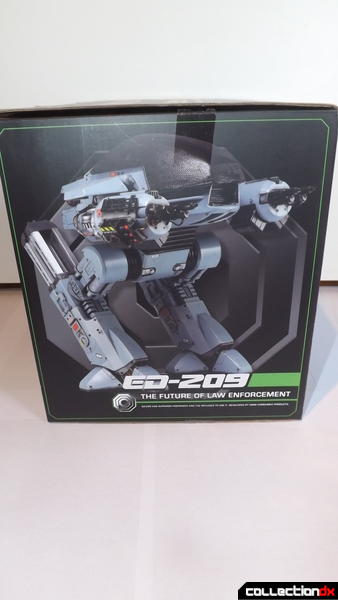 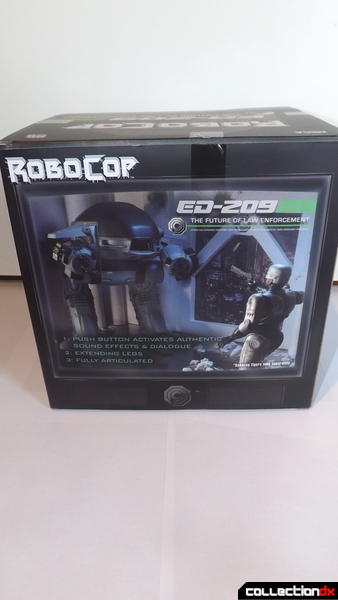 ED-209 stands a maximum of 10 inches tall depending on how you adjust the legs (more on that later). 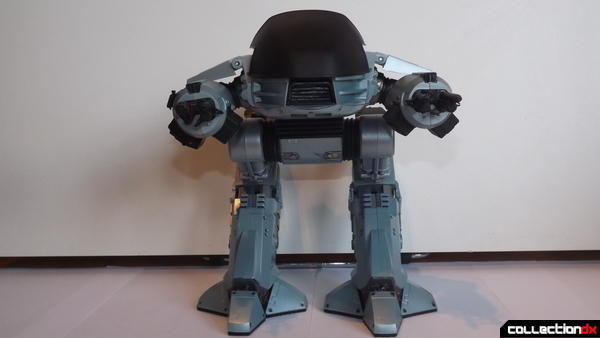 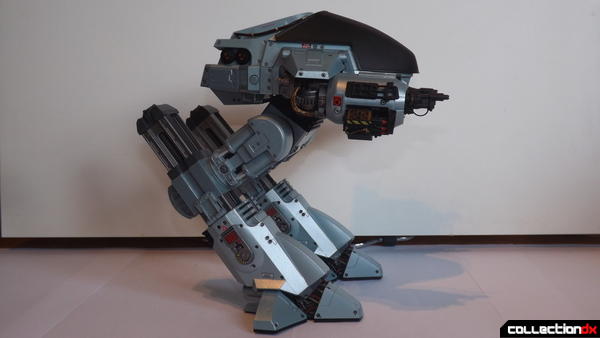 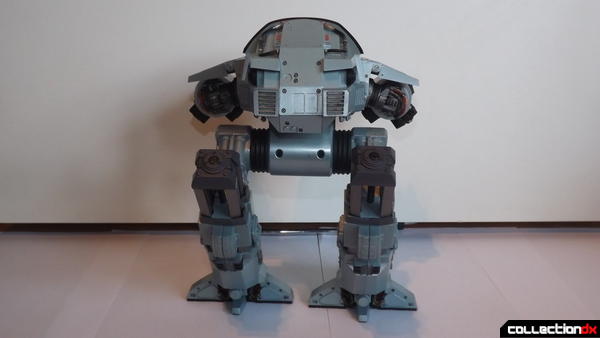 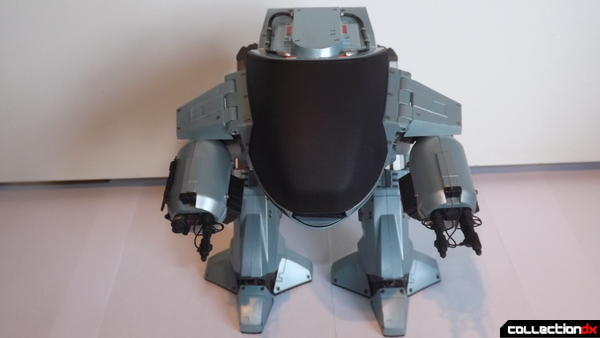 NECA has done a decent job on the sculpt and paint, there`s very little difference between this and the Hot Toys version, other than a little button on the right back side of the main body, which activates the sound clips taken from the film. 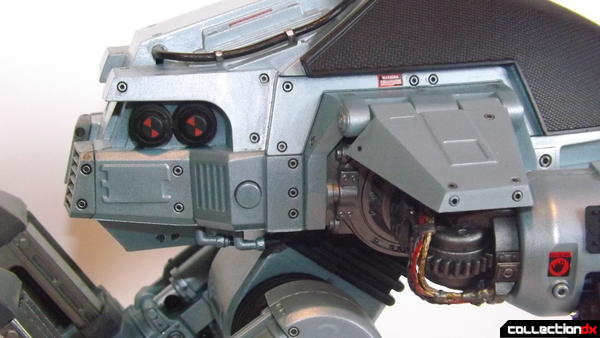 The clips start with the sound of various motors and turning on sounds,

The second clip says "Please put down your weapon, you have twenty seconds to comply" along with motor sounds behind it.

The third clip starts with the ROAR growl and says "You now have fifteen seconds to comply".

The fourth clip is around 15 seconds of gunfire and screaming, as ED guns down the OCP lawyer.

The final clip says "You are illegally parked on private property, you have twenty seconds to move your vehicle" along with walking sounds and ending on what sounds like when Robocop shoots ED. 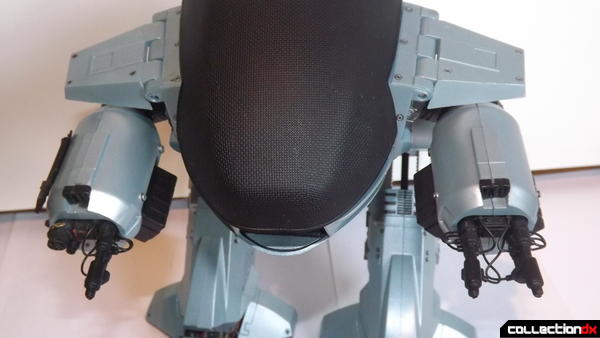 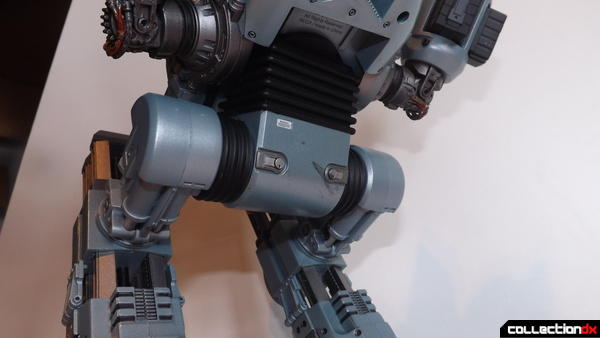 Articulation is ok, for me, the lack of toe articulation detracts a little and is what the Hot Toys` version does better.
The legs have a rotation joint at the hips and the lower legs can be adjusted on the sliders with some delicacy, the pistons on the upper legs are for show only and the screws don`t rotate on the tops of the lower legs. 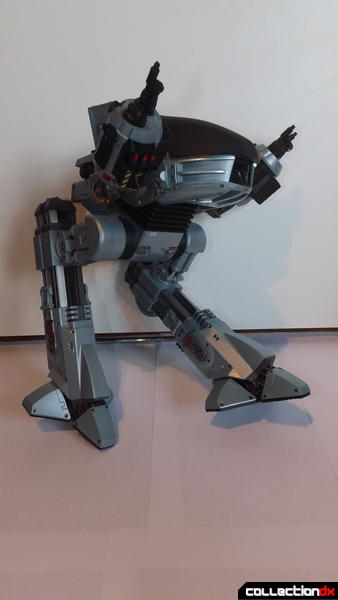 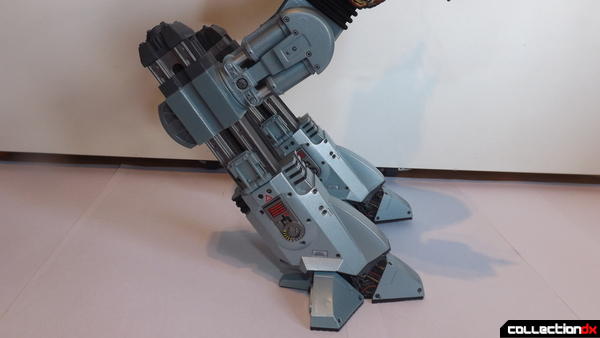 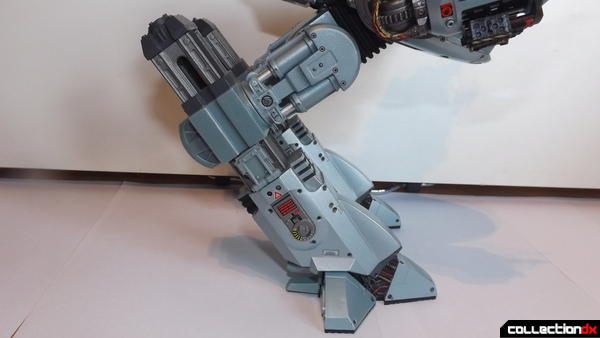 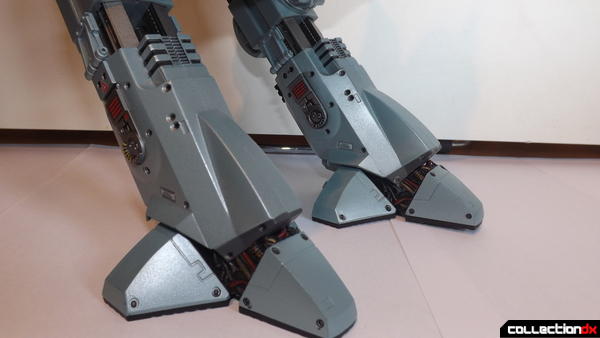 The arms have a rotating joint at the shoulder, an elbow bend and the "forearm" pieces rotate on a swivel.
The shoulder armor can also lift up and down. 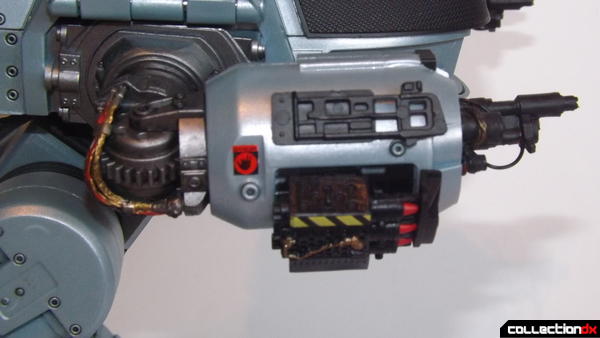 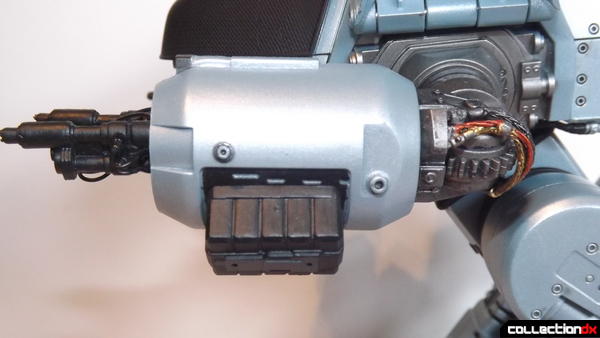 The right arm has a missile launcher that does slightly move out, but the targeting parts do not move and the missiles are not removable. 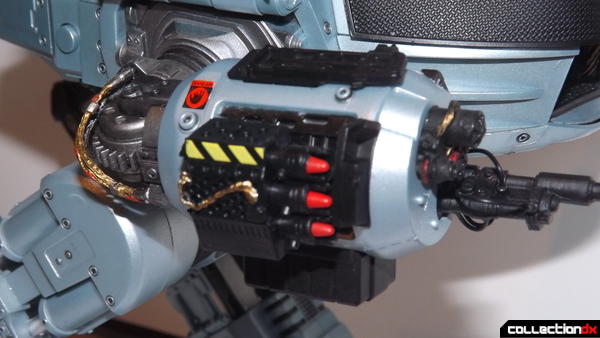 Each gun has various wires coming out and these are pretty fragile, they can separate very easily, seemingly it`s a glue issue, which you can fix yourself with some superglue. 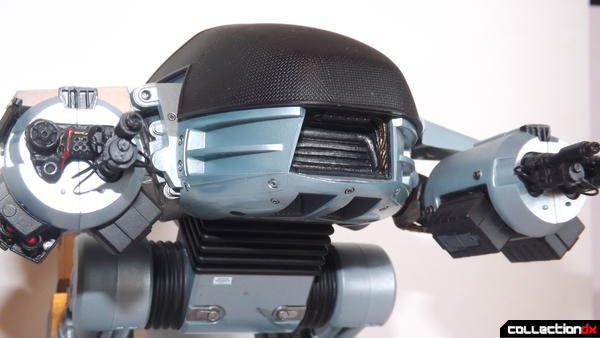 Scale wise he`s around the right height when he`s standing at his lowest.

I was surprised that in the film ED-209 was not as tall as I thought he was, he's a foot or so above Robocop. 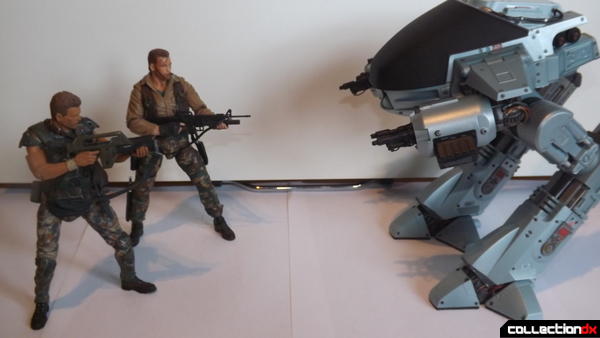 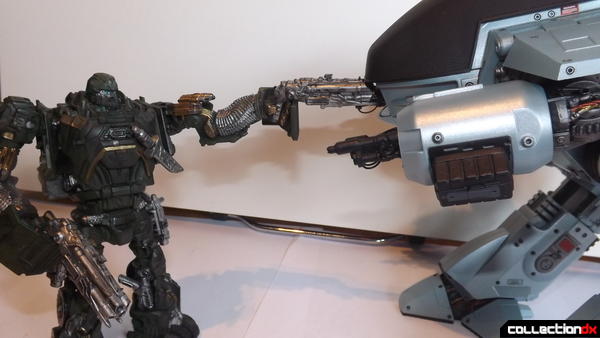 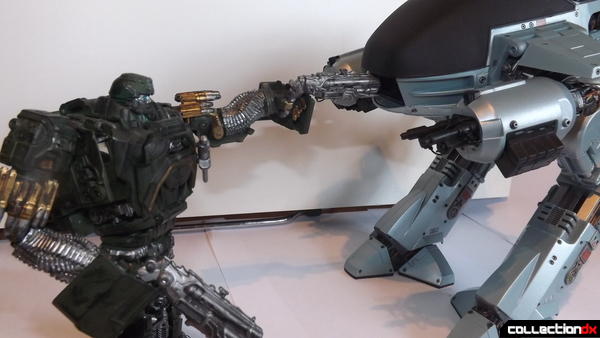 I like this figure, I chose him over the Hot Toys version because A. the price and B. the sound clips are from the actual film rather than being re-recorded, which in my opinion are not correctly pitched, they sound a tone lower than they should be in Hot Toys` effort. 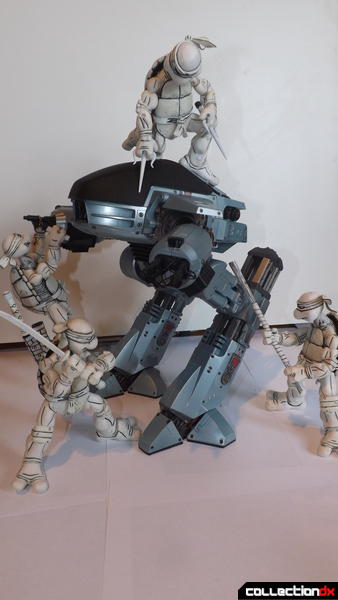 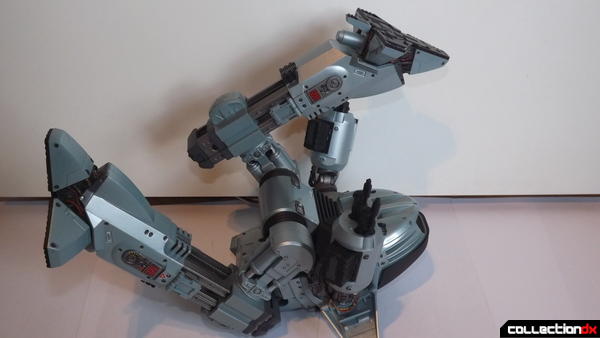 3 comments posted
Because I have to say it

That looks so amazing.

Its well worth a dollar!

i missed in the review that it can go for over £100 new, various sellers online upping the prices.
i did spot one on amazon uk for £80 when i was researching prices.