Portal 2 amplified the original, with more complex, exhilarating gameplay and the addition of a couple of playable mecha. Atlas and P-Body capture the sleek futuristic design ethos of Portal, with minimalist technological architecture and elegant white panels.

The characters are a natural fit for NECA, who has a knack for bringing cult properties to market. 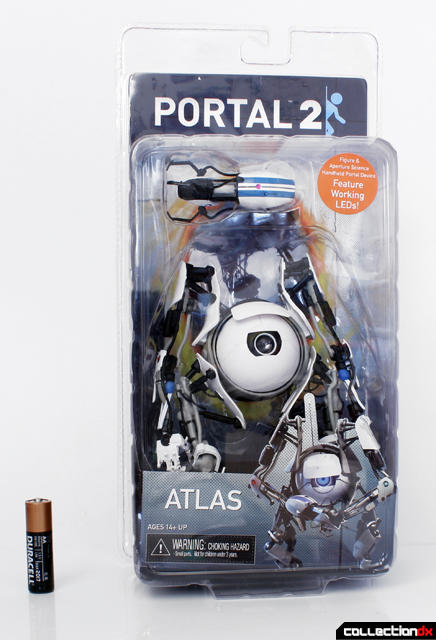 Out of the package, Atlas is striking. It’s a thrilling, viscerally satisfying piece. The balance of the core sphere, the mechanical armature, and white paneling is perfect. Atlas has a totally unique presence. 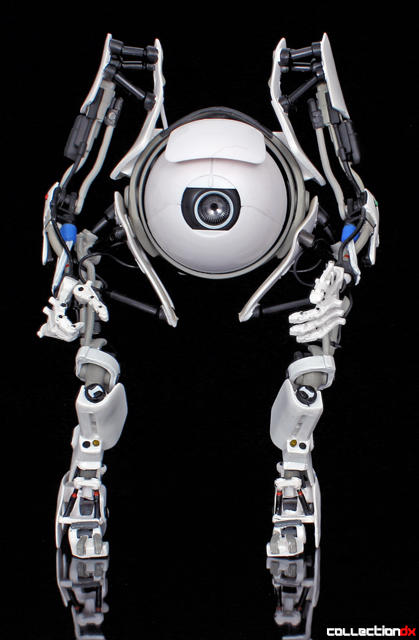 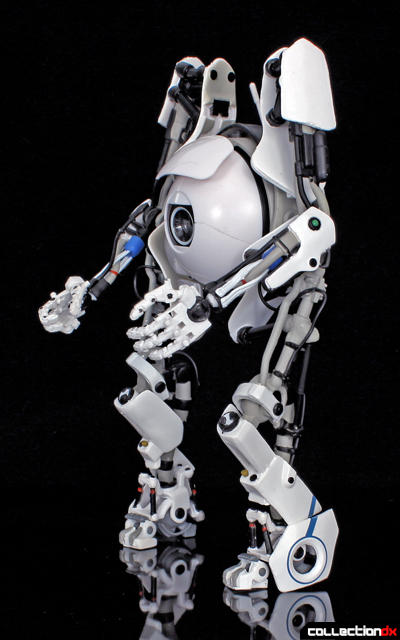 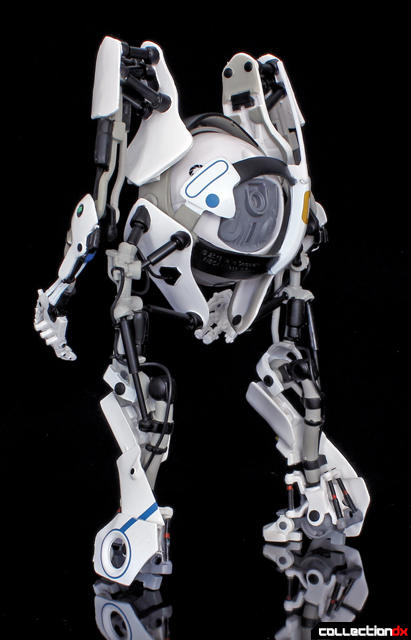 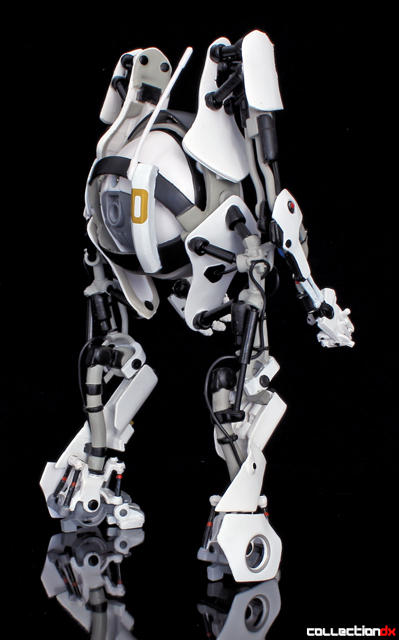 Then you start to handle the thing and it goes downhill from there.

Most of the figure consists of a rubbery PVC which is not suited for the thin, delicate parts which form most of the structure. The legs, for instance, are a mess. They are not straight or sturdy. Add floppy knee joints and you are in trouble.

This toy does not stand, at least not for more than a few seconds. Don’t be fooled by the photos. I had to gingerly balance the toy, bend its legs this way and that, carefully remove my hands, then snap a picture before it slowly tipped over. It was maddening.

So in my mind the toy is essentially a failure, but I’m not going to dwell on that.

The core sphere is solidly build, and rotates 360 degrees side-to-side. It also pivots up and down, but only just. The effect is reasonably expressive. Note the white circle in the third pic below. That will activate the LED.

I like the Aperture logo on the back and the detailing at the battery cover. 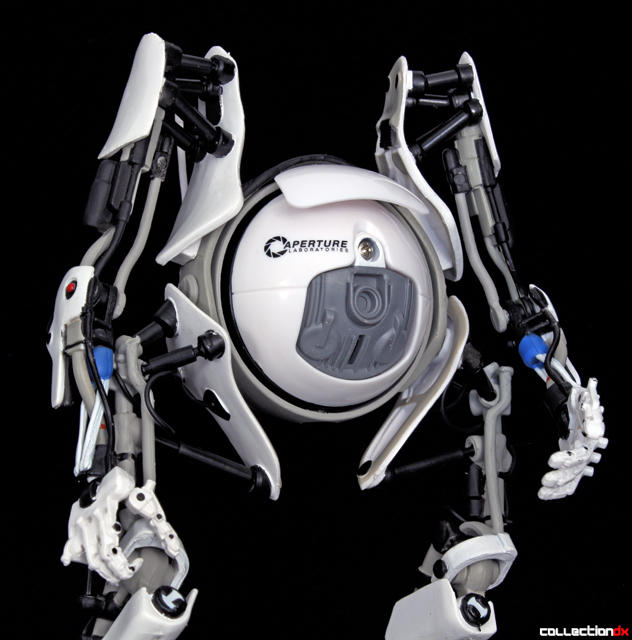 The arm articulation is limited to the elbows. The shoulders are totally fixed. Wrists and thumbs are on ball joints. 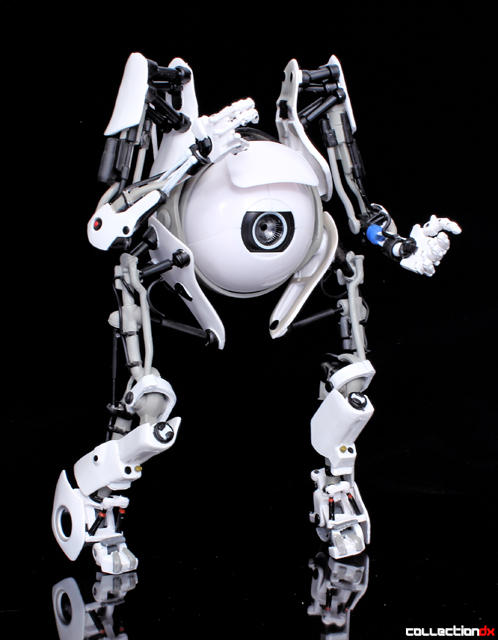 The thighs have a complicated array of functioning piston connections. They allow for limited movement before the moving parts separate. Since the figure will only barely stand under the best of circumstances, the thigh manipulation is strictly something for hand-play. 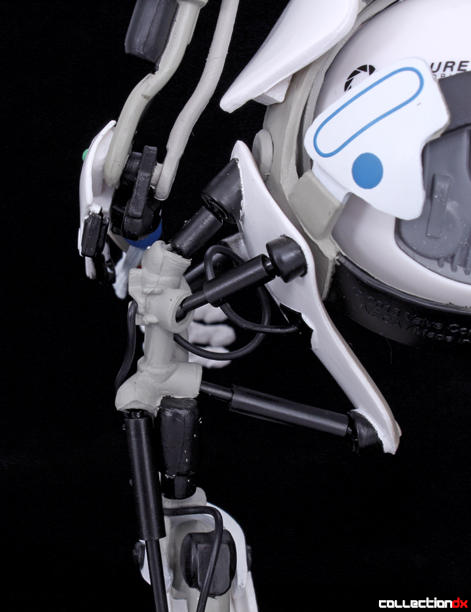 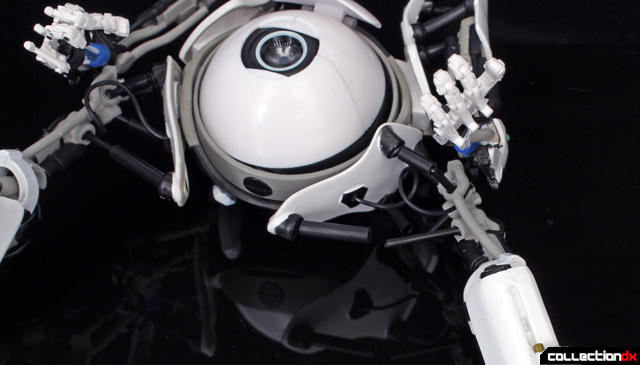 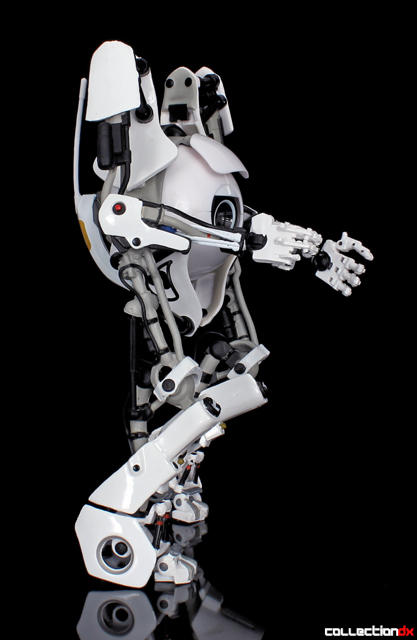 Ankles and toes are articulated. 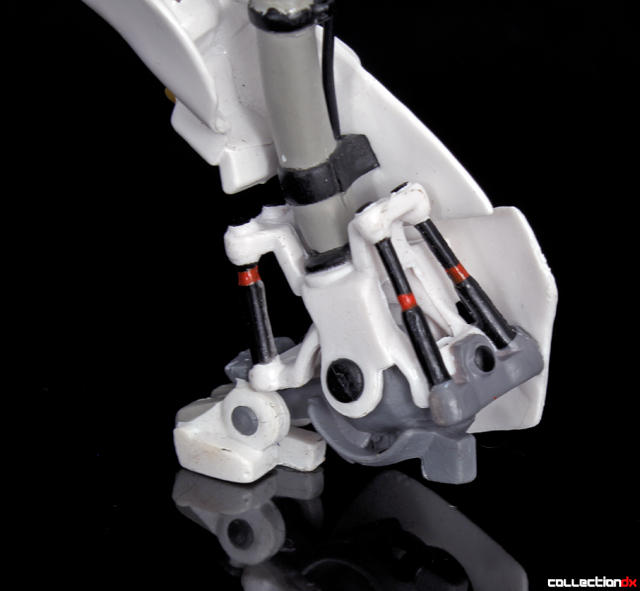 There's a ton of thoughtful and handsome detailing. Whatever deficiencies Atlas has as a toy, it's still a well executed sculpt. In that respect, it's very close to the older MacFarlane toys. Except they stood up. 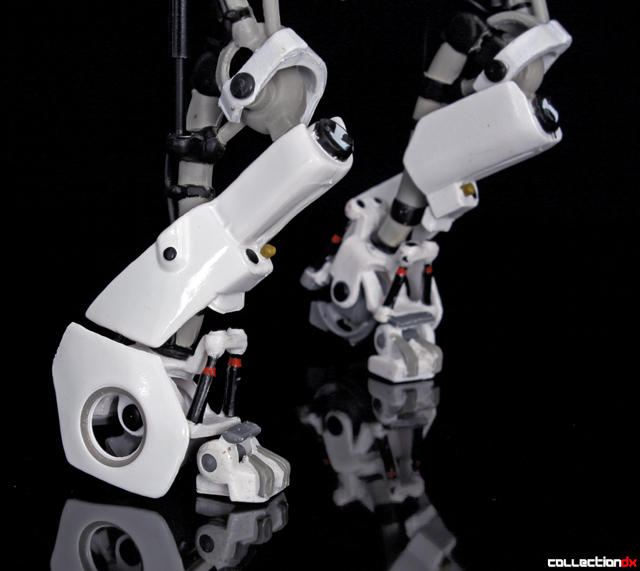 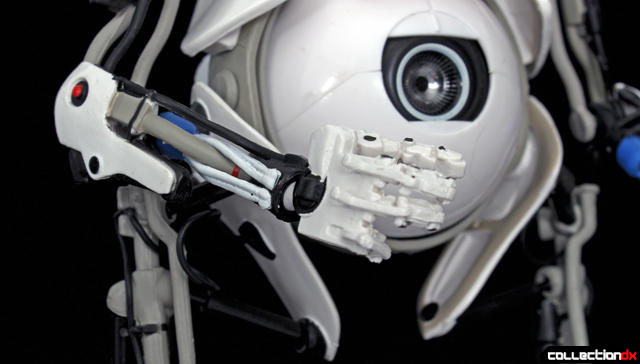 The portal gun is everything you’d want it to be. 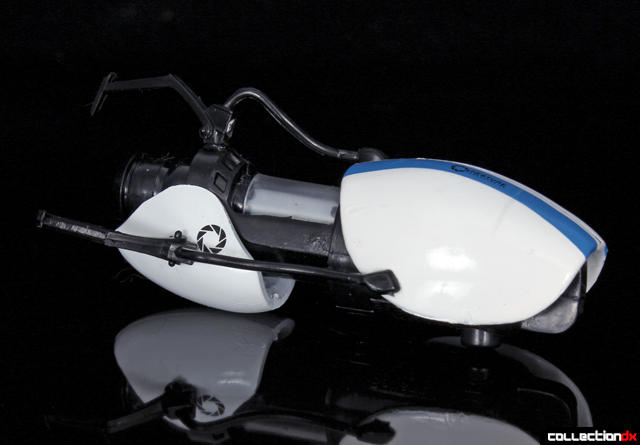 One of Atlas’ hands is formed into an awkward claw to hold the gun. It’s hard to get the hand around the handle, and the fingers are starting to rip off as a result. The gun doesn’t look quite right in the hand. 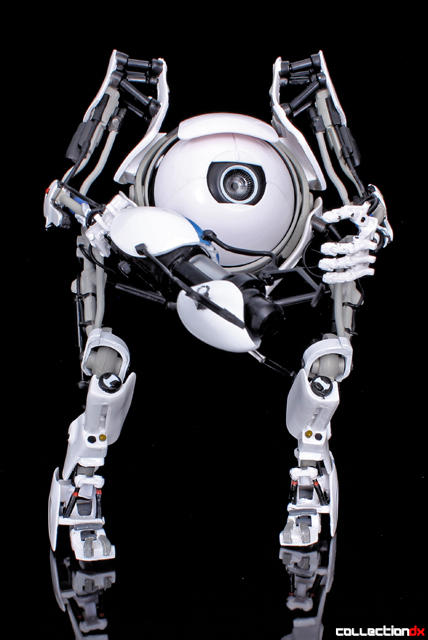 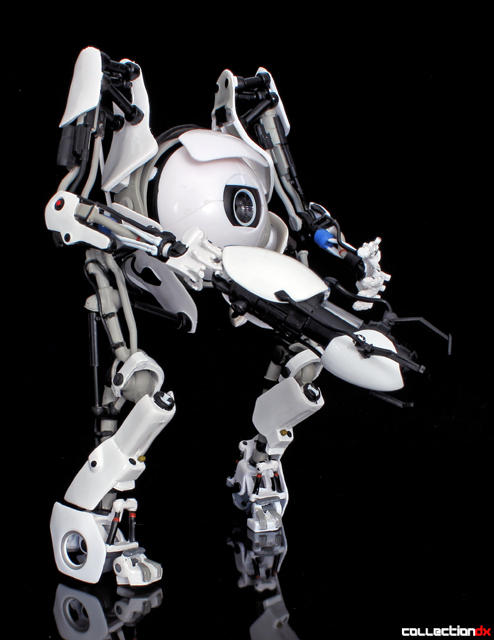 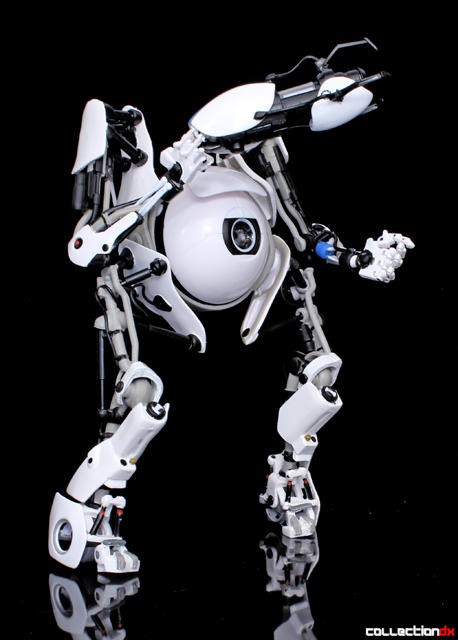 The best part of this toy is the LED gimmicks. Both the sphere eye and the portal gun light up. They look terrific. The buttons are solid and clicky. 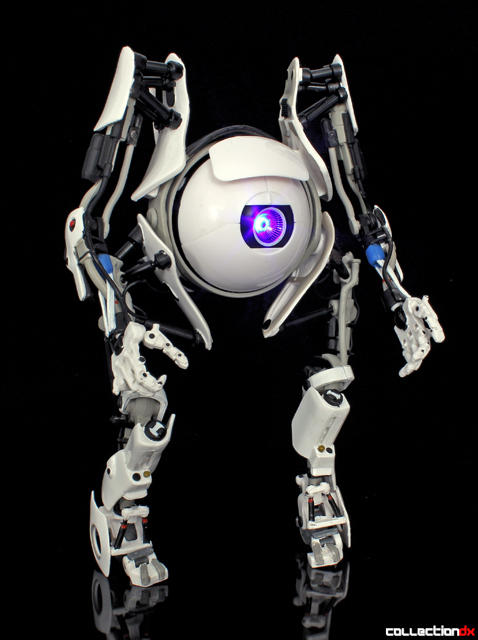 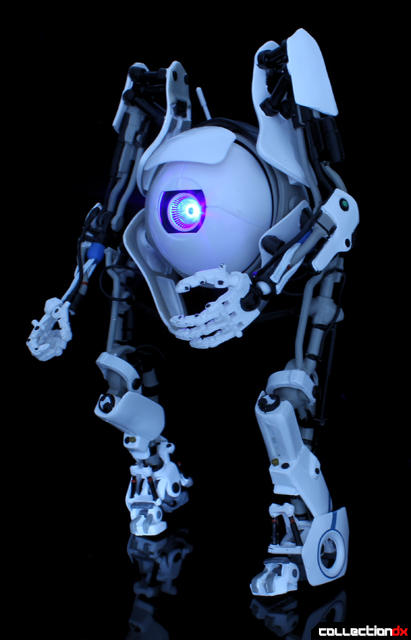 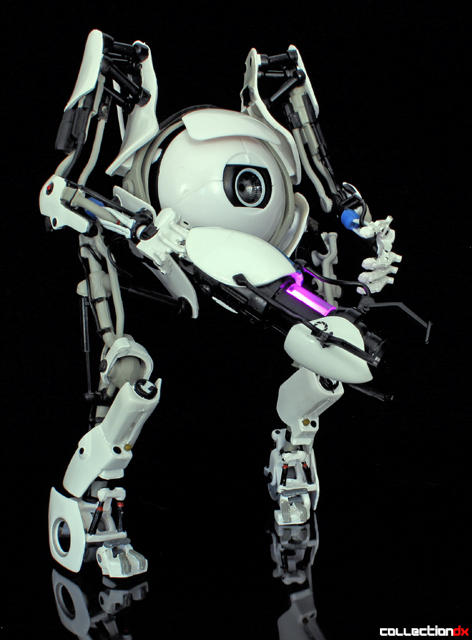 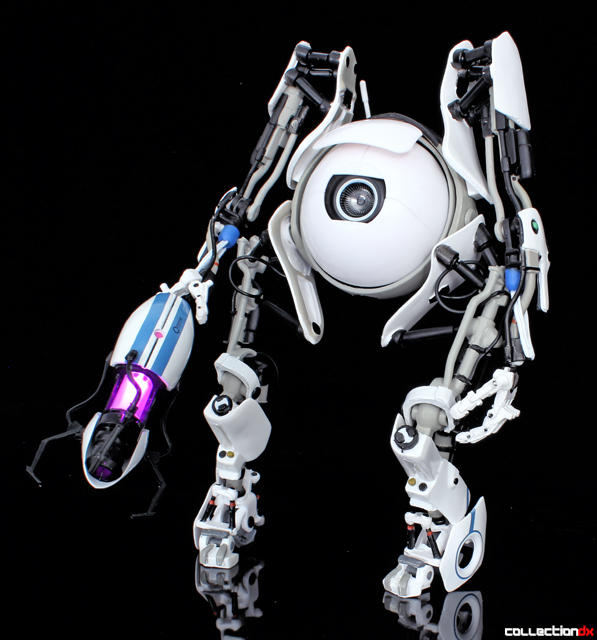 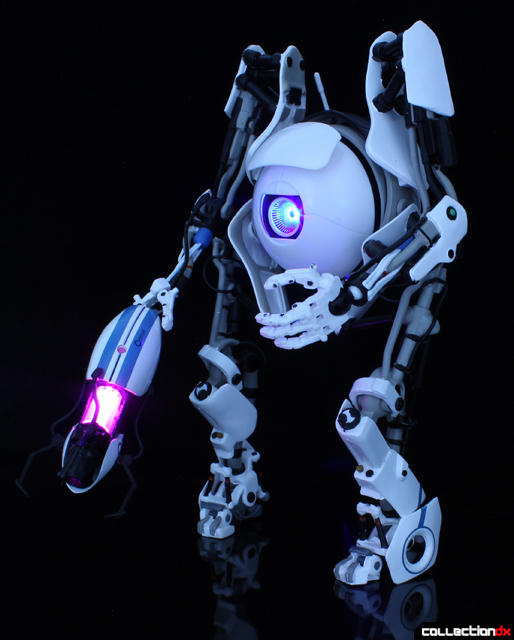 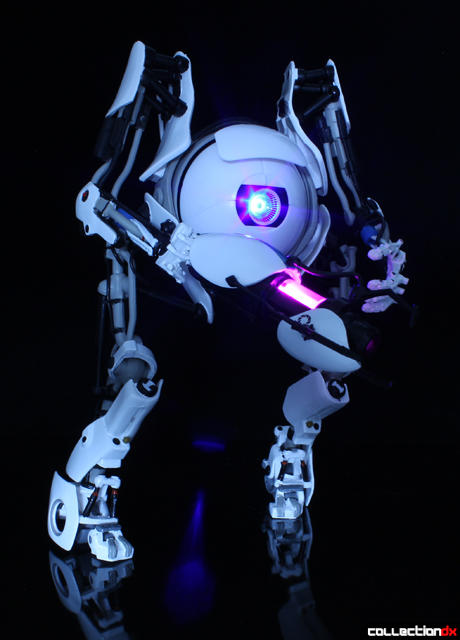 So not a good toy. But it certainly looks cool. NECA please just build the thing out of plastic.

2 comments posted
He does have sholders

But it's kind of a good-news-bad-news situation. The good news is he has shoulders that work like the hips, the bad news is that they are infamous for breaking.

Really! Mine appear to be fused in place. Not sure I want to force them but now I'm curious.