Fate/Stay Night and its many spinoffs and anime adaptations remains a mainstay of Japanese pop culture. However, until just recently, Rin Tohsaka's Servant, Archer, had a noticeable lack of figures (especially compared to the franchise's favorite female, Saber). At long last he has gotten a suitably excellent Figma release from Max Factory. 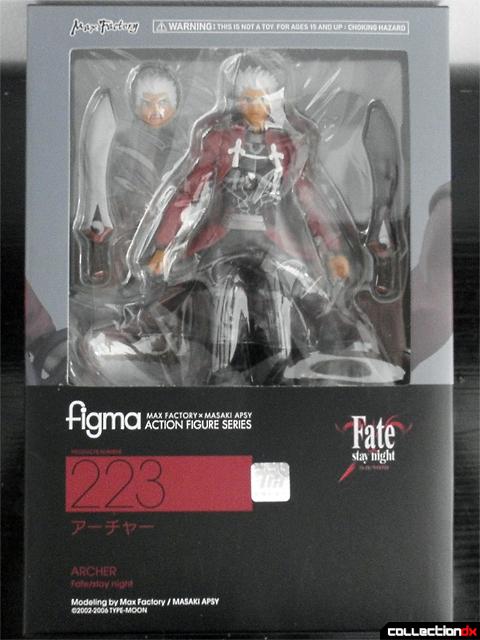 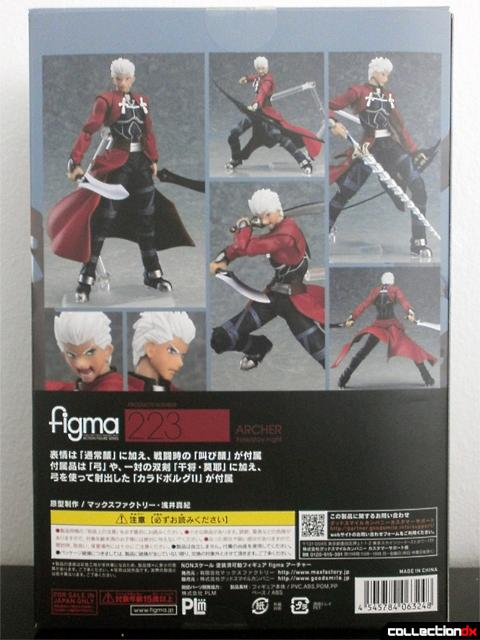 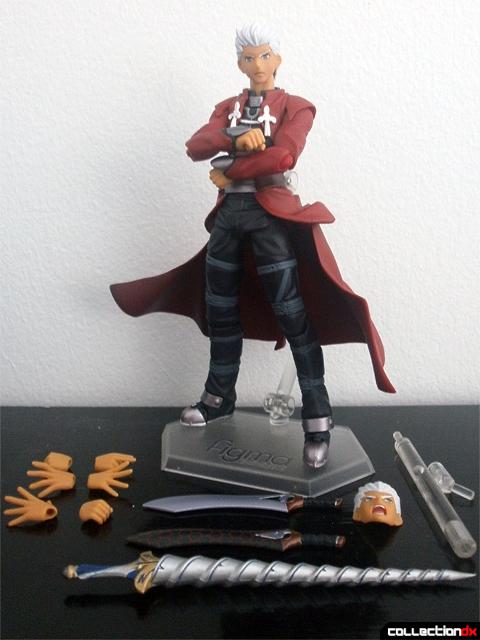 Archer's got all the accessories he needs: five additional hand, an alternate yelling face, and a Figma stand with a special extension for jumping poses; plus a spare wrist joint. For weapons he has his two short swords, and a large bow and the sword he shoots from it. Yes, you read that correctly. 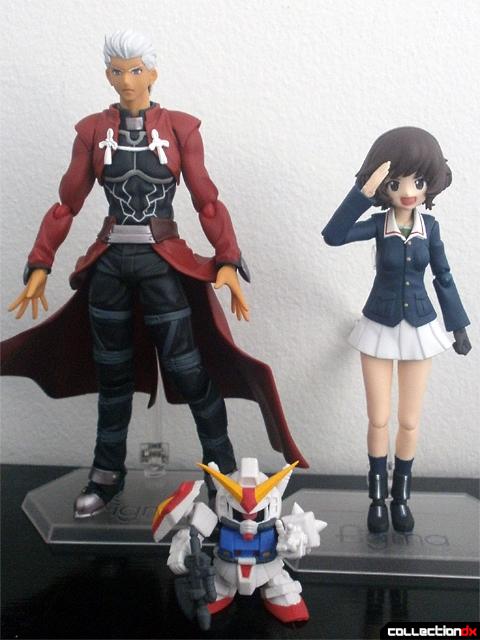 Archer stands a full head taller than most other Figma, making him a comparable height with most Figuarts. 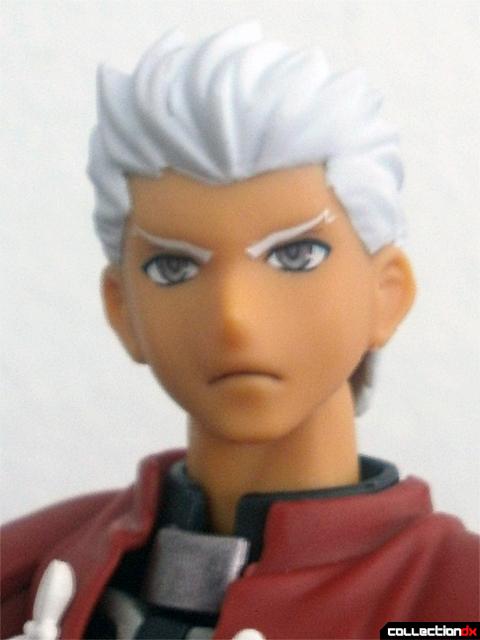 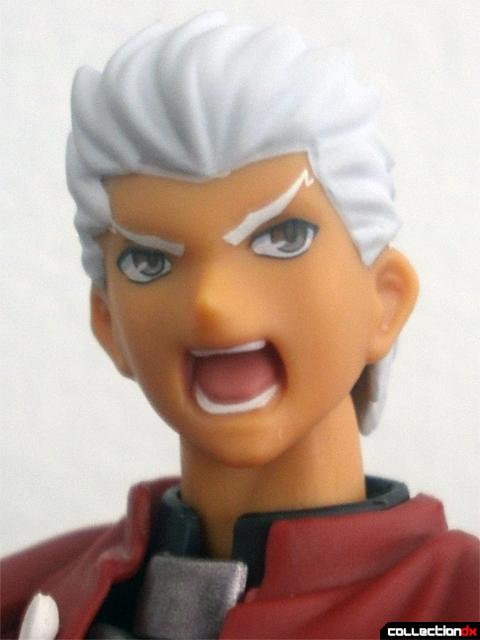 On other Figma, you have to remove to a front hair piece to replace the face part. On Archer, however, the hair is molded onto both faces, so you just pop off one face and put on another. This makes the process much simpler. As well as the alternate face's expression change, Archer is also now looking to his left. 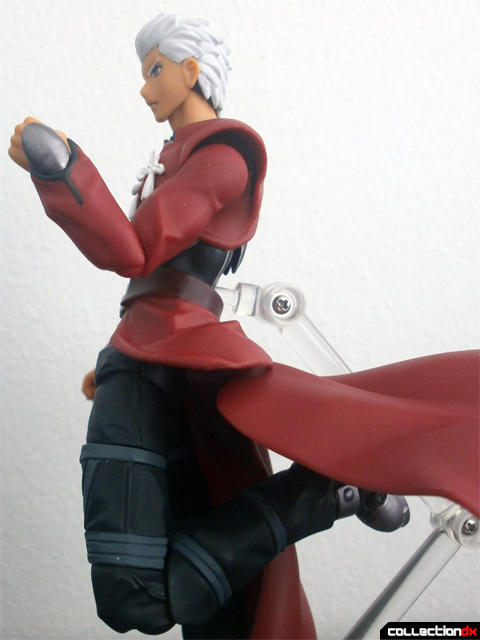 Poseability is good but less than expected, at both the elbow and knee there's barely more than 90 degrees of movement. But to compensate, nothing gets in the way of movement, as his shoulder covers are made of flexible soft plastic. 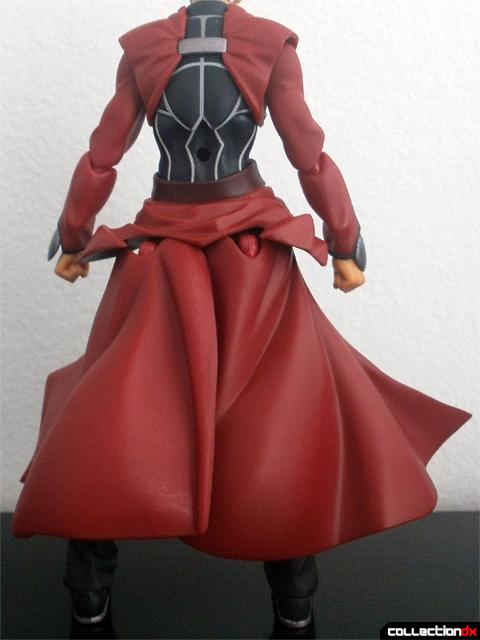 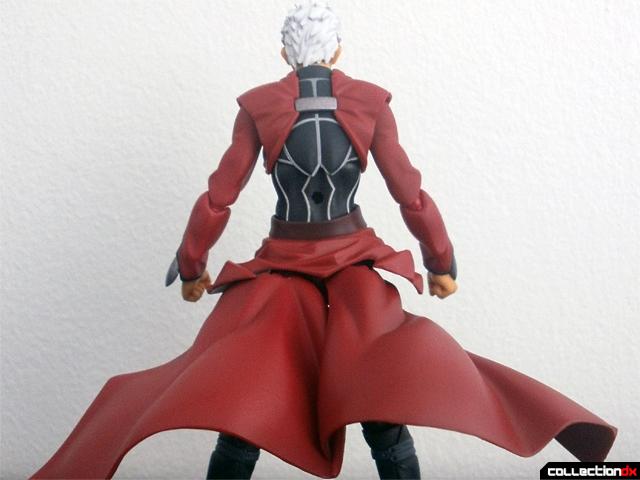 The tails for his jacket are also articulated on each side for that windswept look. 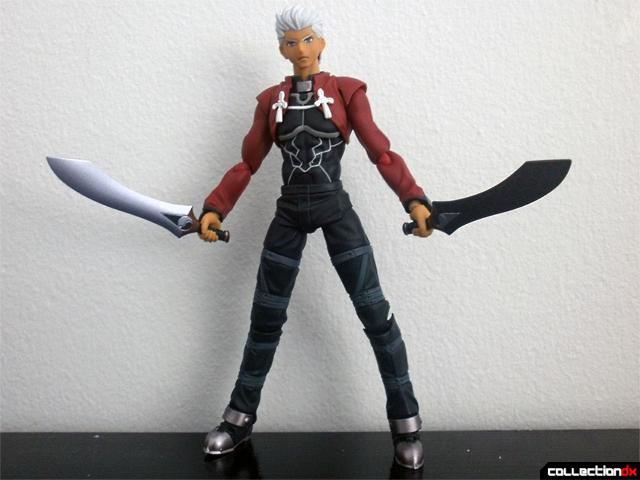 The lower part of his jacket is also removable. Why you'd want to I'm not sure, but you can. 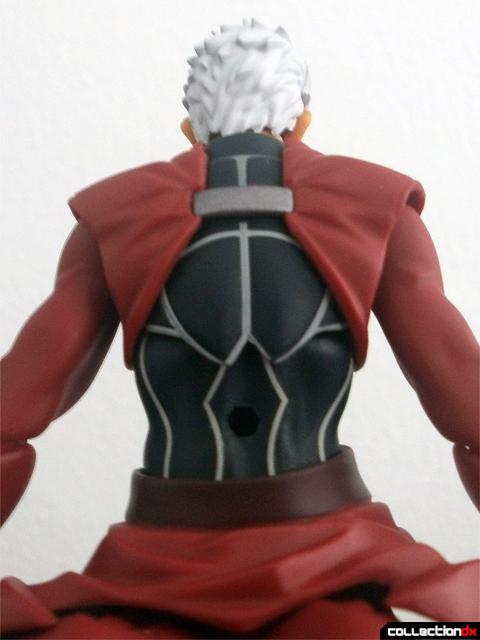 Blessedly, the peg hole for the Figma stand doesn't interfere with the look of Archer's back at all. 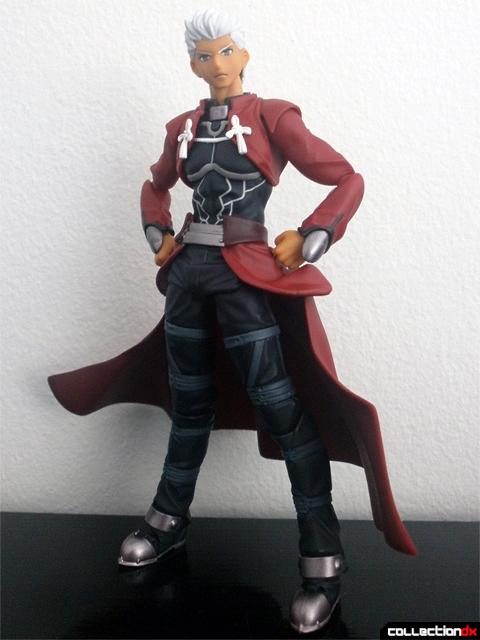 Honestly, Archer is so fun to pose that I spent a lot of time taking pictures before remembering he even had weapons. 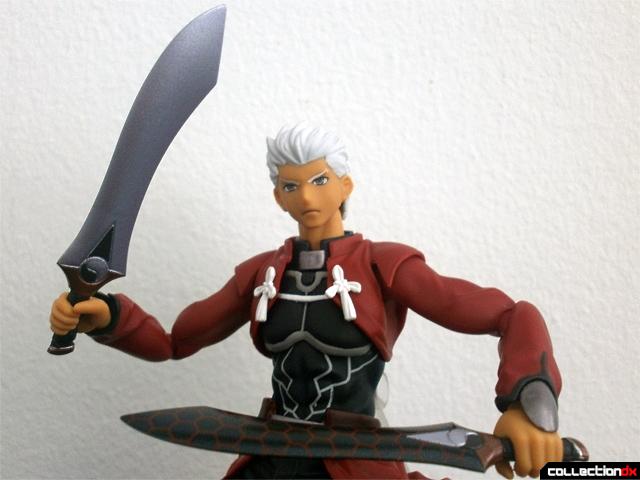 Archer may be in the Archer class but for short-range battles he defaults to his blades, which are replicated with impeccable detail. 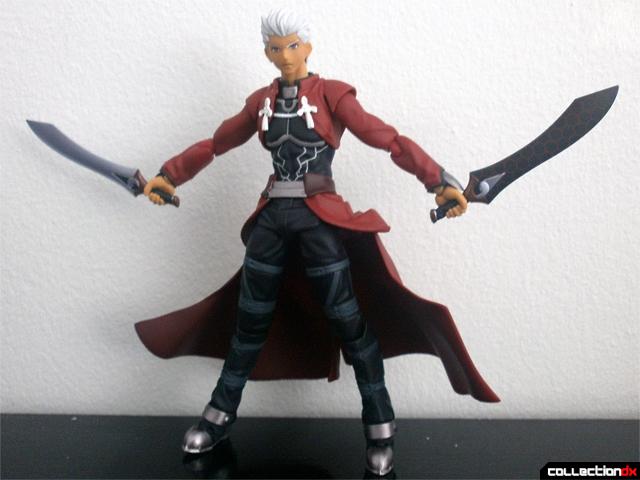 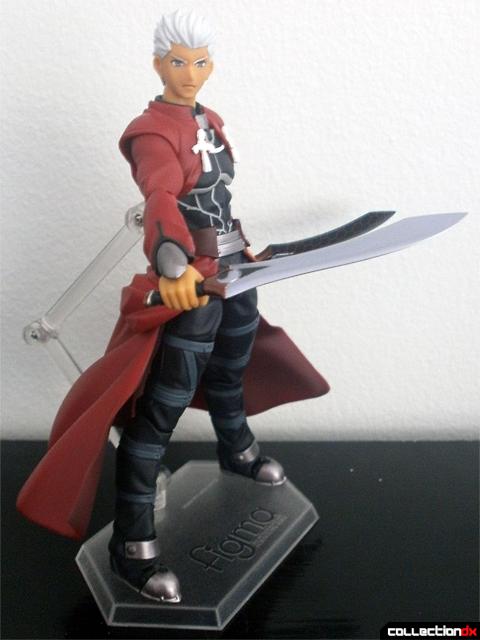 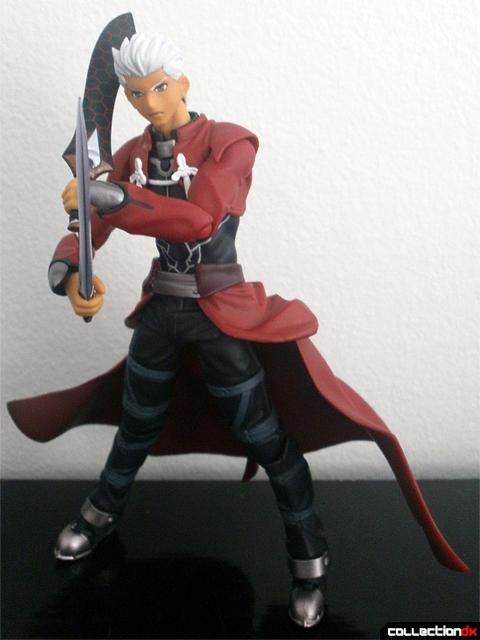 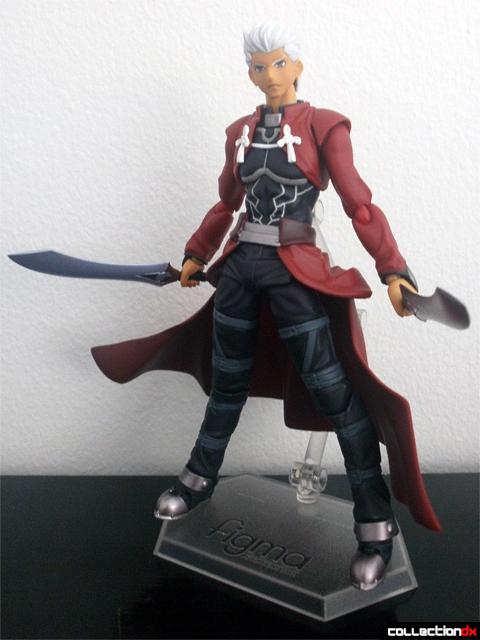 Now equipped with his weapons of choice, Archer is ready to fight any opponent the Holy Grail War can throw at him. 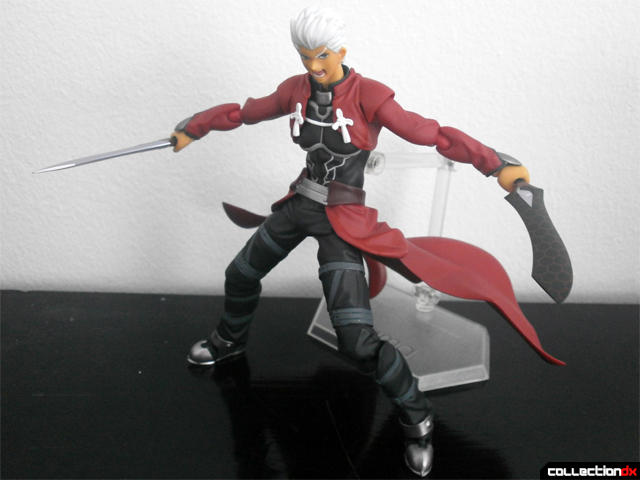 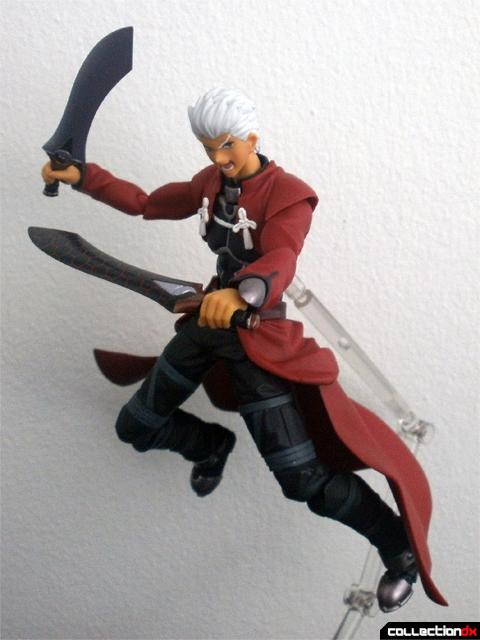 His yelling face and stand extension accentuate this figure's ferocity. 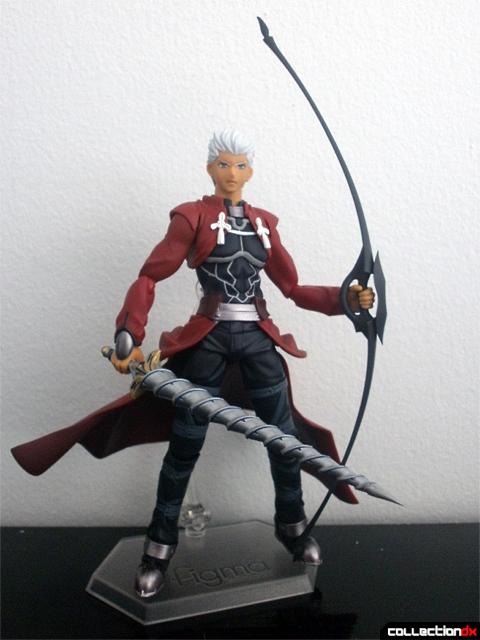 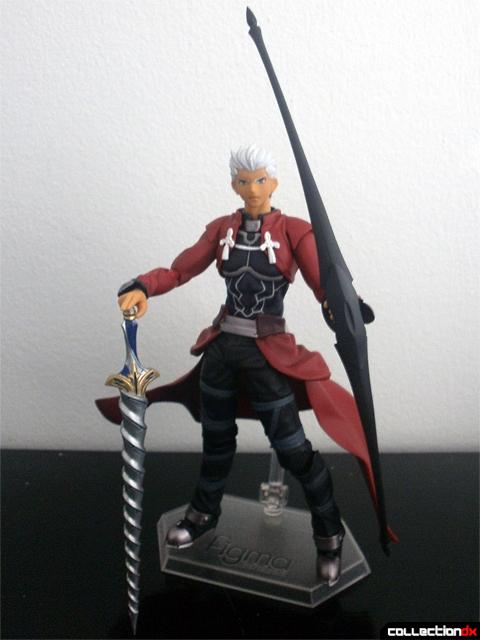 Archer also comes with his bow and its ammunition, an even bigger sword. 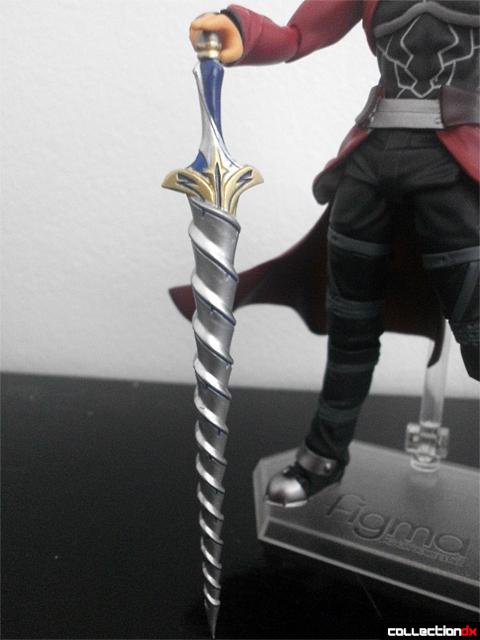 This third blade looks even more impressive than the other two, it's covered in spectacularly tiny details. 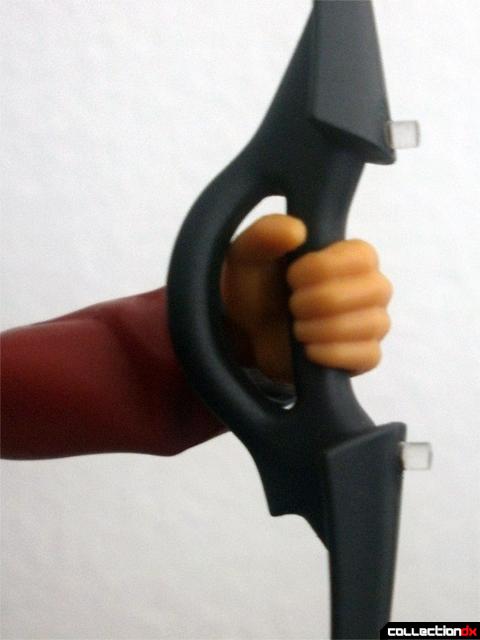 Getting Archer to hold his bow is needlessly difficult. To do so, remove the front piece, wrap the hand around the handle, then reattach the front. It doesn't sound too bad but I felt like I was going to break the hand several times because of what a tight fit it is. 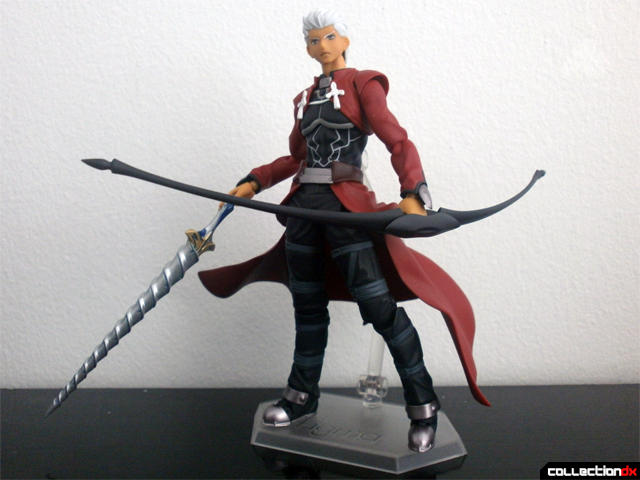 The results, however, are worth the effort. Getting Archer to hold the sword is incredibly simple and holds very well especially since the hand for it only uses three of his fingers. 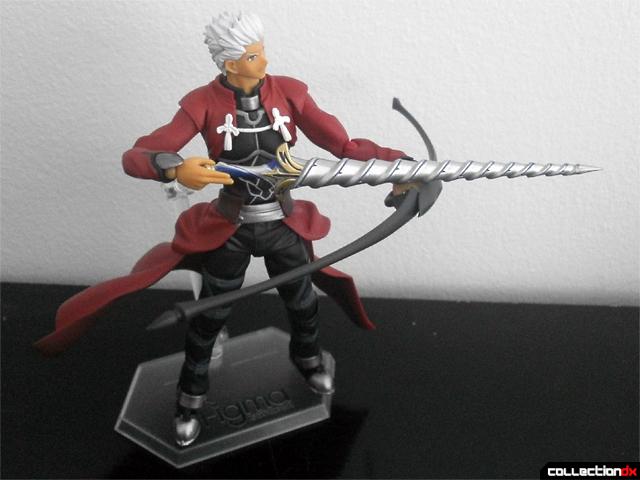 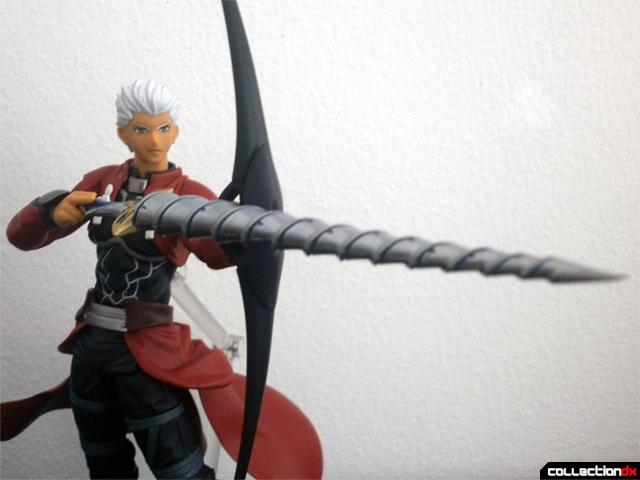 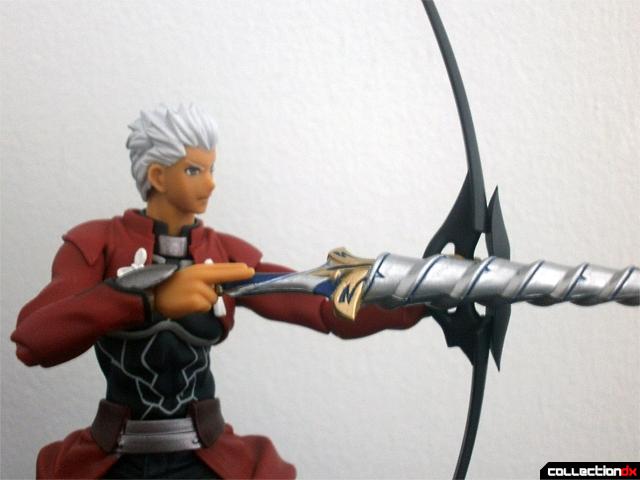 At any angle Archer looks incredible as he prepares to fire off his Noble Phantasm. 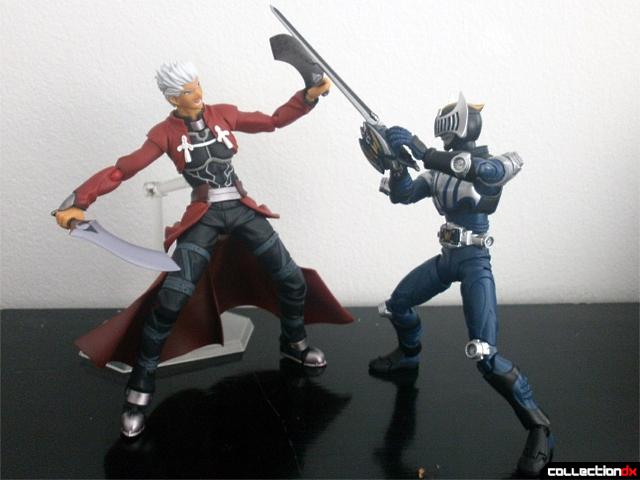 And most importantly, Archer fits right in with any other warriors of his size, whether they be fighting in the Holy Grail War or the Rider War.

This release does not disappoint in the slightest, unless you opened this review expecting a high-quality figure of super spy Sterling Archer instead, in which case I apologize for getting your hopes up. I'd recommend any Fate fan to pick this up, especially since plenty more Figma from the series seem to be on the way. 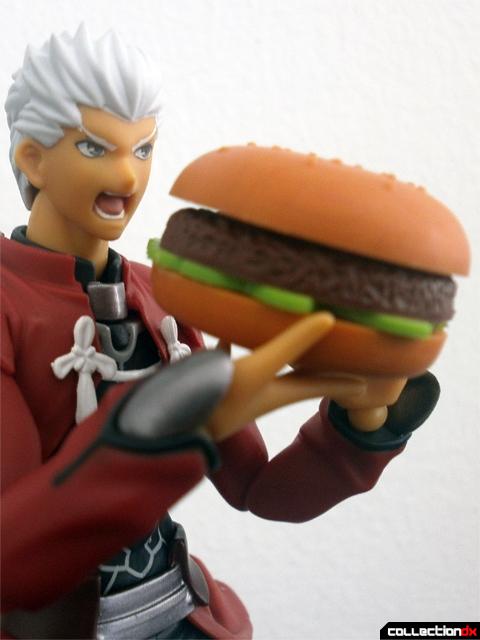