Spin Master's Tenkai Knights offer a fresh twist on the staid building-block. The figures and playsets are based on a transforming block platform. The figures utilize a smallish block which unfolds to become a well articulated minifig, and the larger vehicles and beasts are based on a larger block which transforms into a mechanized abstract animal.

The set comes in a largish box which contains a handful of clear bags of parts and a couple instruction manuals. 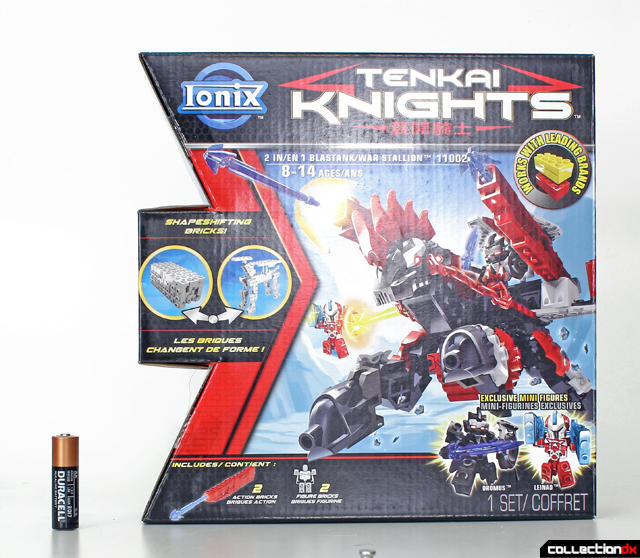 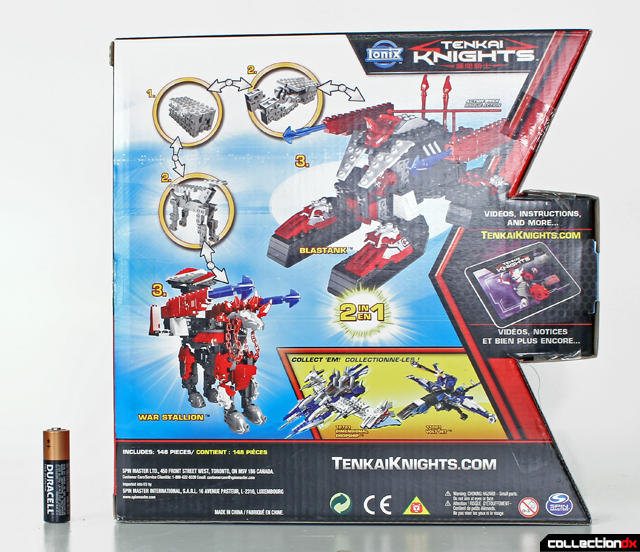 The 2-in-1 releases include parts to make two distinct figures, an animal mecha, and a vehicle.

Let's start with the Sky Stallion.

The figure parts include the transformable core, a shield, helmet, cape, and sword. This is a fun and engaging little guy. The subtle paint apps and clear parts really pop. 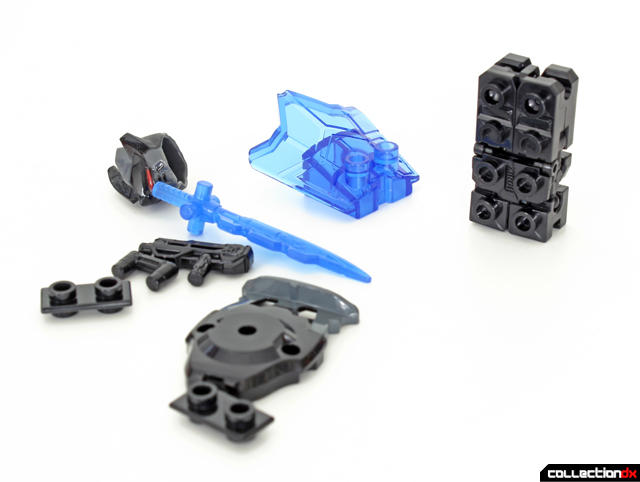 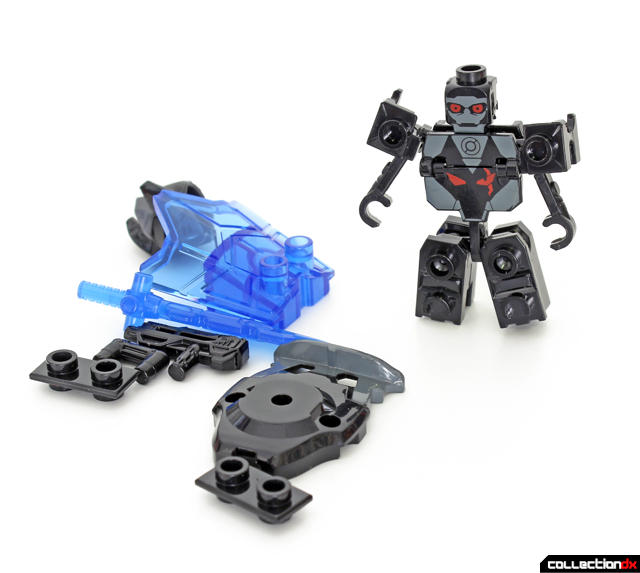 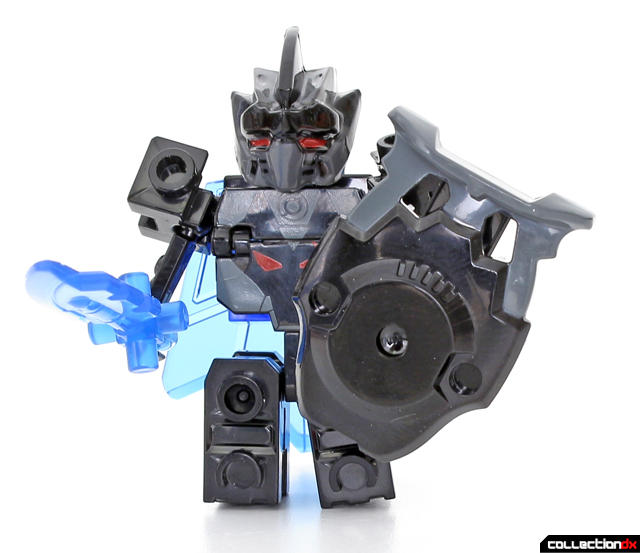 The Stallion is built upon a block which unfolds into a well-articulated dog-like form. All of the joints are firm and buttery. This piece by itself is a fun plaything. 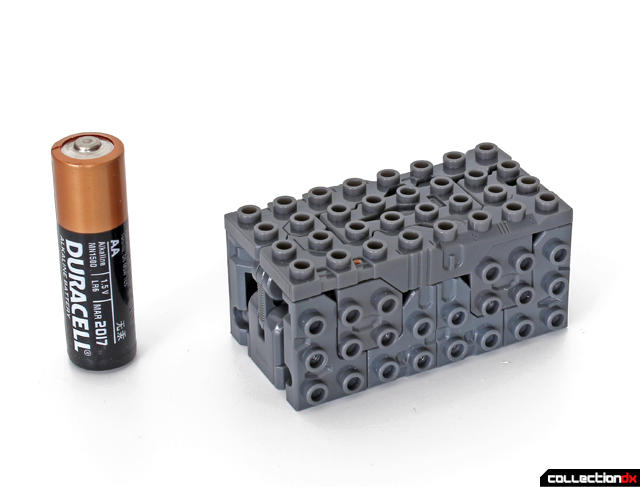 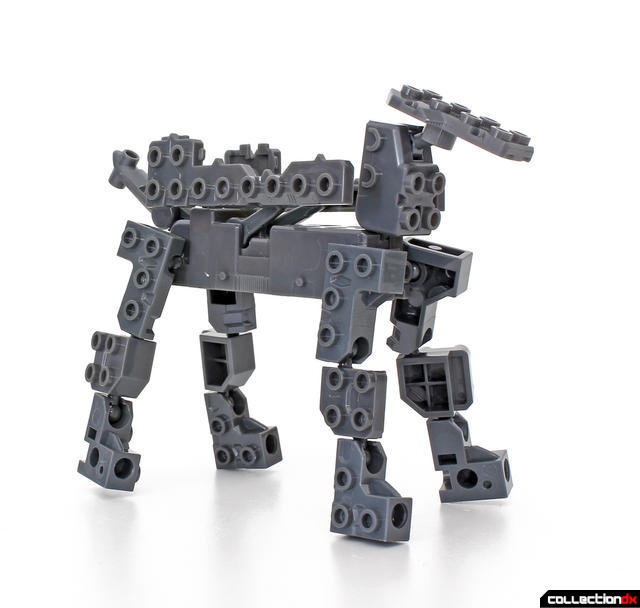 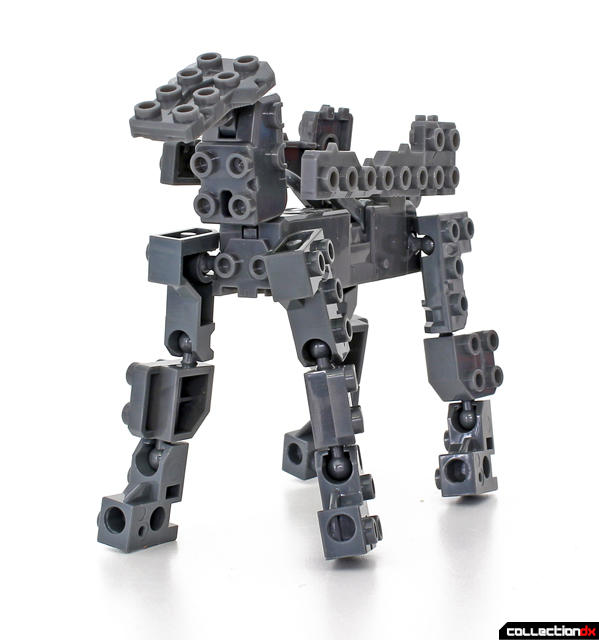 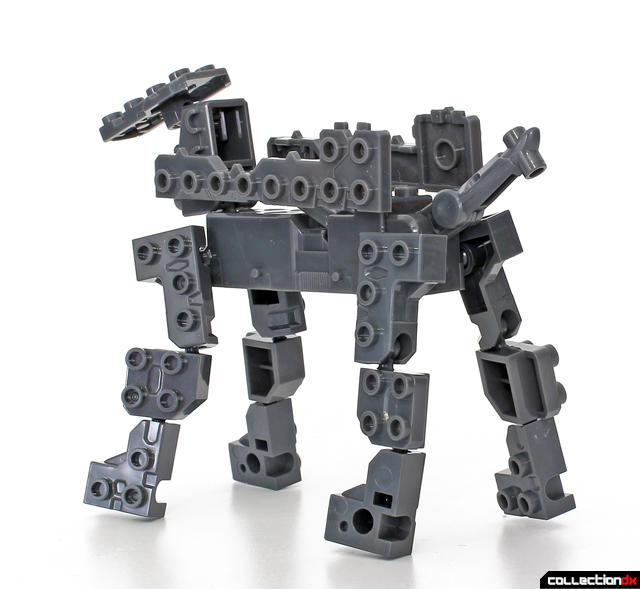 Many of the included building blocks are standard lego-type bricks, but there a re a number of unique armor pieces which give the built up pieces a unique character. 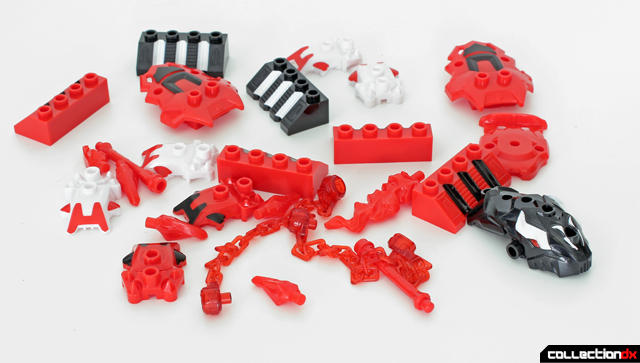 The Stallion build is straightforward. Since the central block is doing most of the work, the remainder of the pieces define the shape and character of the mode. The result has real presence. 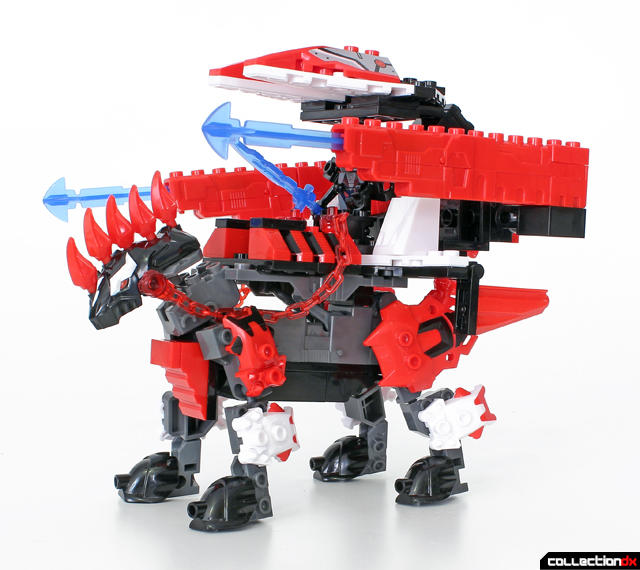 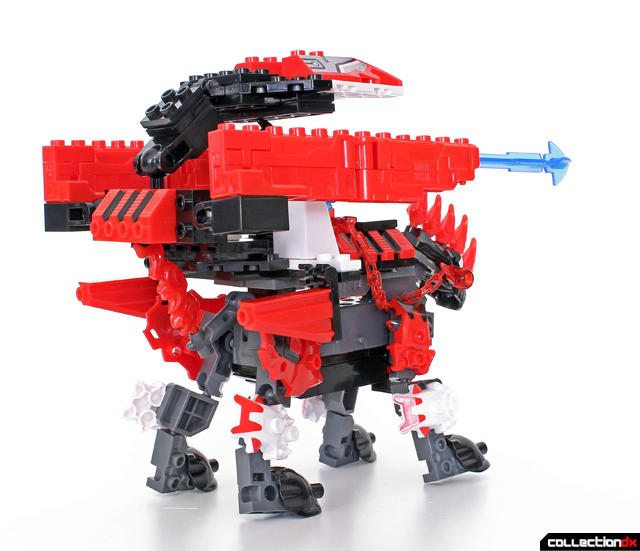 Both modes use another set of transformable action features to great effects. There are two additional blocks which unfold to become spring-loaded missile-firing cannons.

Articulation is a little limited, but the Stallion still moves well and can assume interesting poses. This mode is fun in the hand. Posing is fun, but pieces do have the tendency to pop off all over the place. Not unexpected with this kind of toy though, so not a big deal. 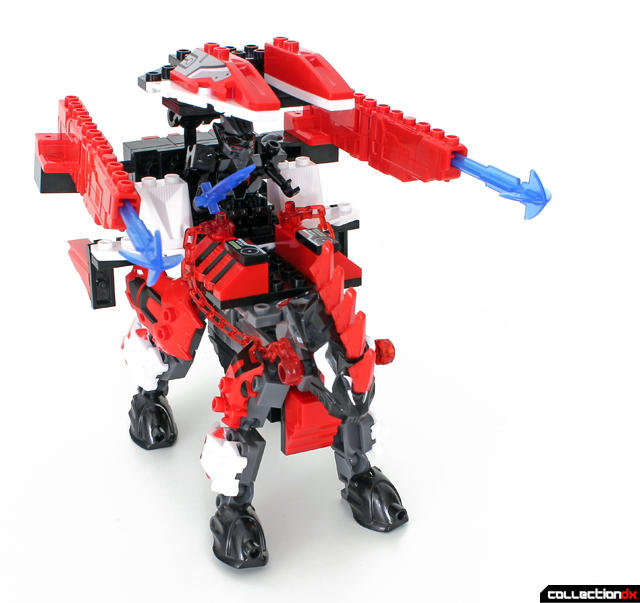 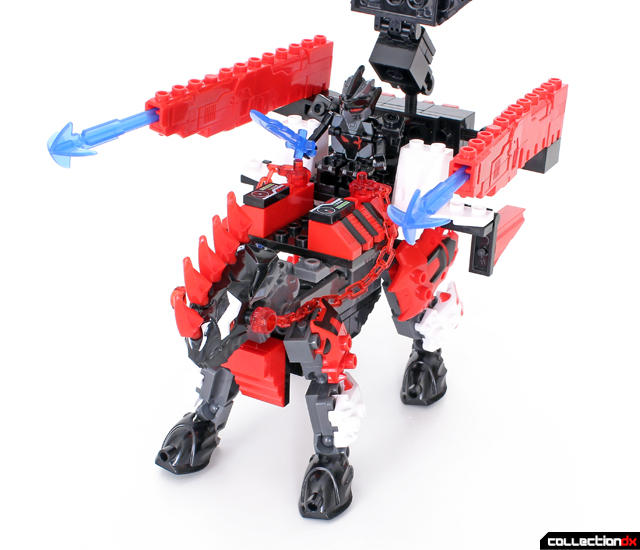 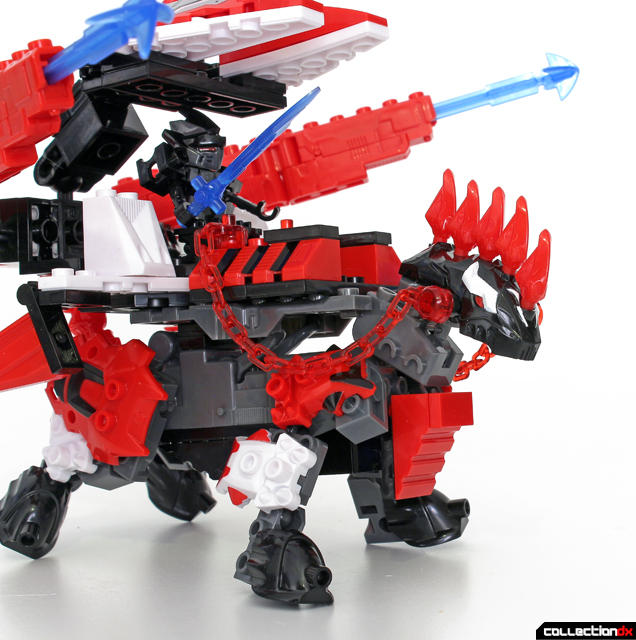 The Stallion includes a cockpit for the pilot, which could be more defined. 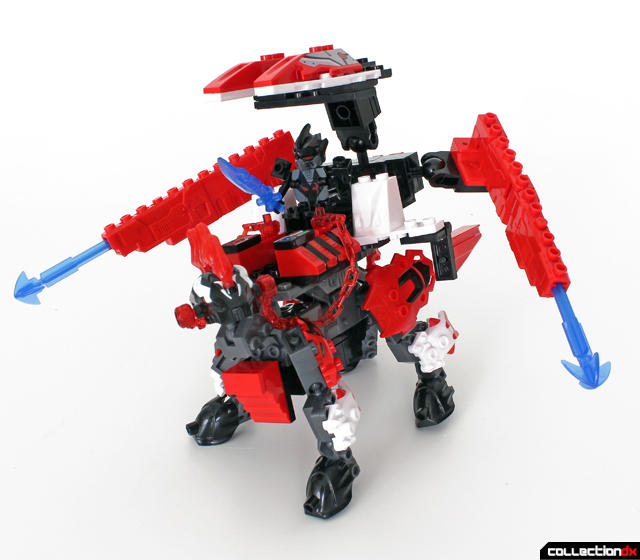 The second mode is the Blastank. The pilot figure is a little more basic than the Stallion's, but still nice looking. He has a Clone Trooper vibe. 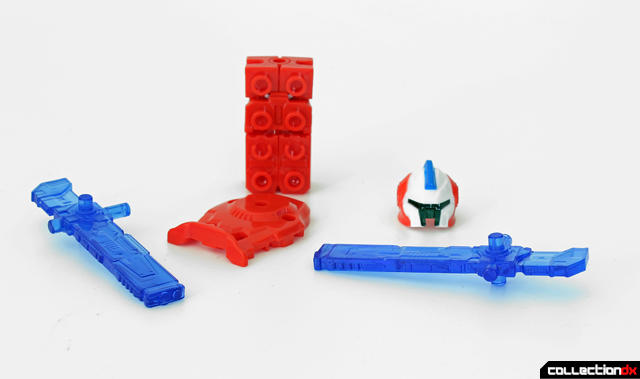 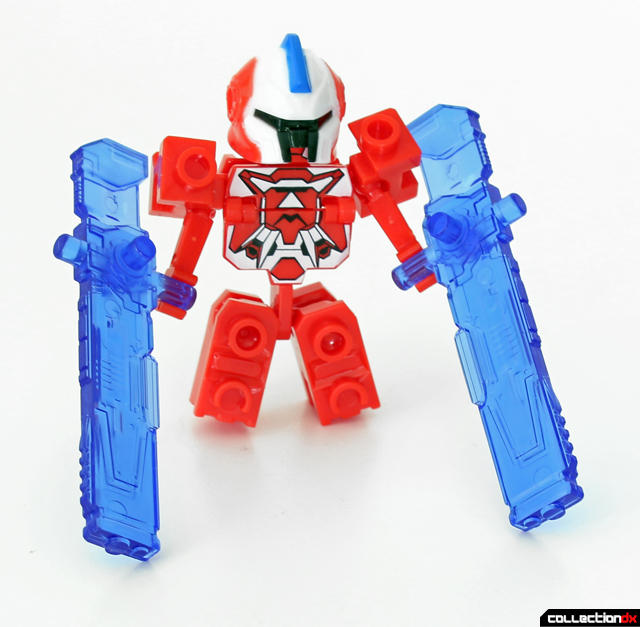 The Blastank has a big, sphinx-like shape, and also has real presence. This mode doesn't utilize much of the core block's built in articulation. It's mostly seen in the cockpit access. 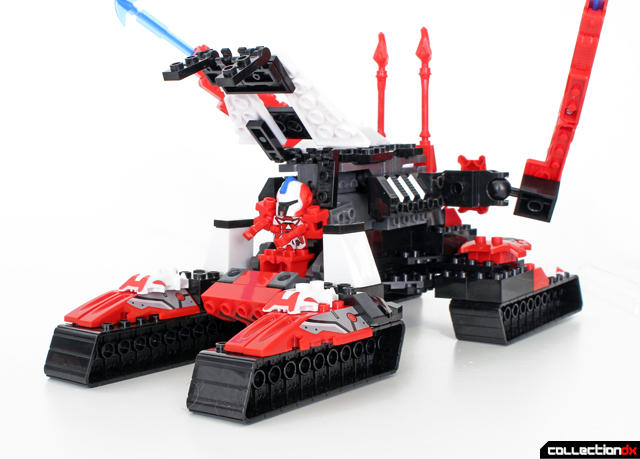 Even as a relatively static piece, the vehicle is still zoomy and handsome. The design of both modes is more sophisticated than many non-lego block toys. 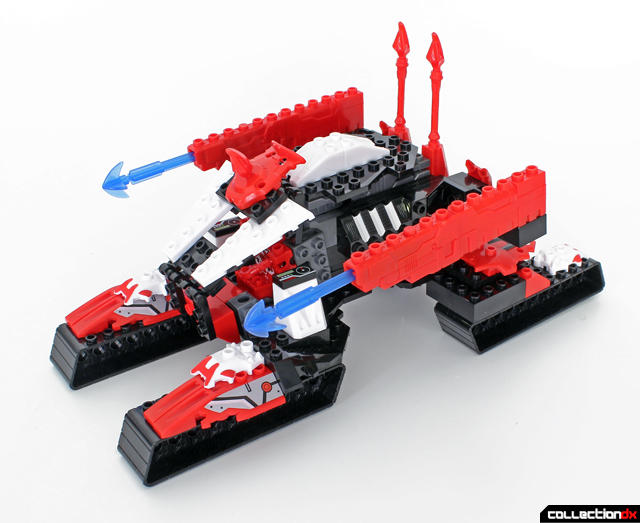 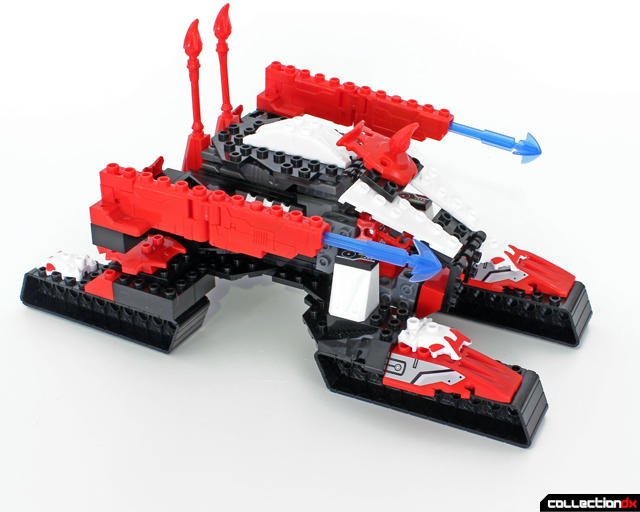 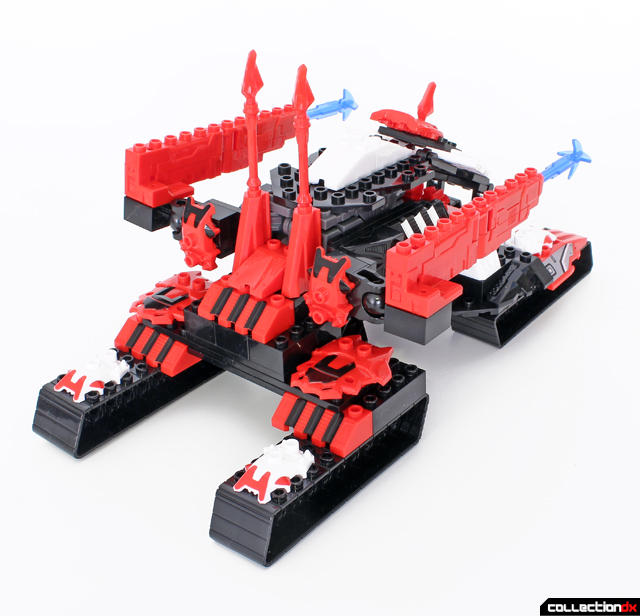 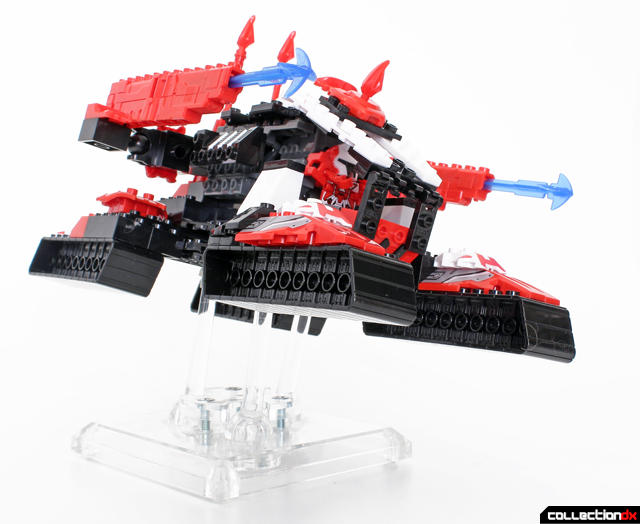 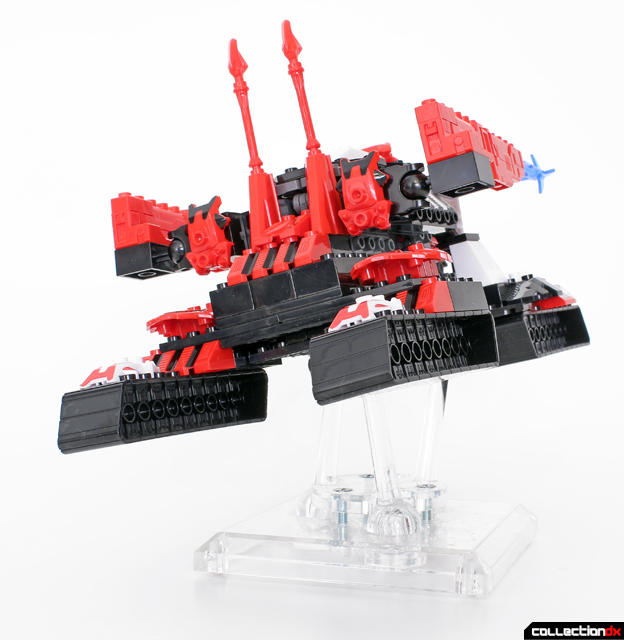 These are fun building blocks with a mecha twist. They do what they do very well, and with a unique design sensibility. If anything, I'd prefer more action features distinct from the blocks.