First up is the Varidorin, the main vehicle of the very first sentai team - Goranger. Before Sentai became SUPER SENTAI and had giant robots, they had cool ships and vehicles to fly around in.

The Varidorin is the bird-themed helicopter jet that also saw release in the Shogun Warriors line under the same name.

In the case comes a full set with each box uniquely decorated with a die-cut window. Despite the similarity to trading figures, I can't see anyone breaking up their sets. 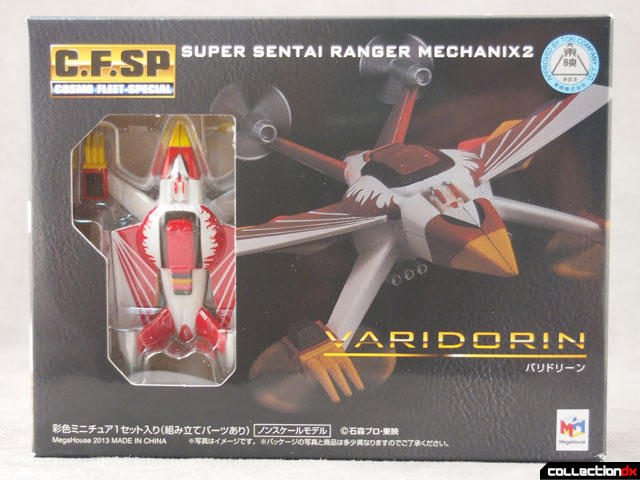 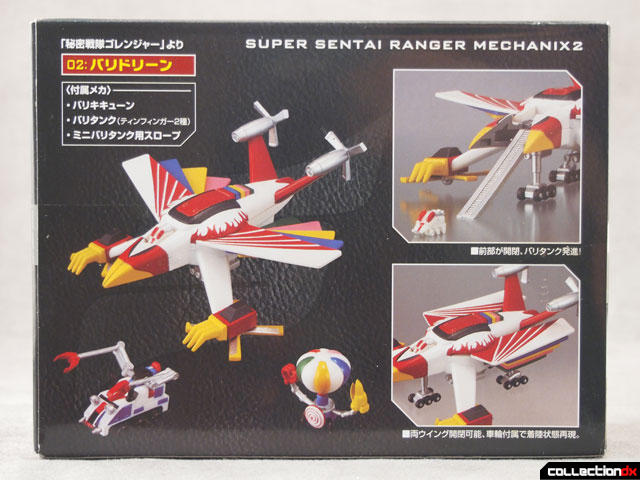 Just to set your expectation straight, these vehicles are small and plastic. While there's no metal, the toys make up for it with fantastic detailing and loads of accessories. 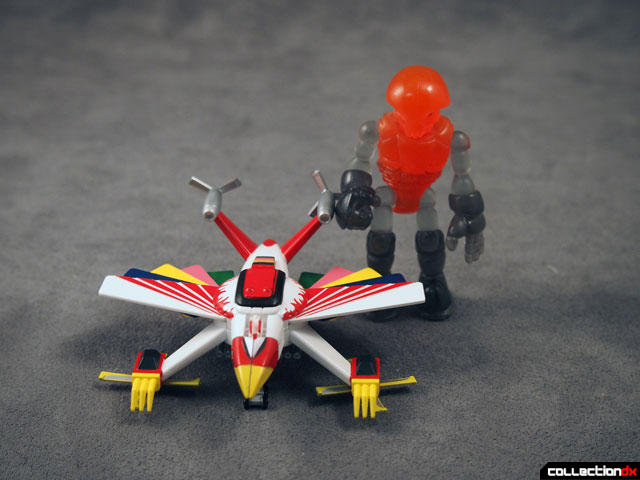 The ship looks great, and if you didn't know better you'd think it was the vintage chogokin. The wings sweep back and forth although they are not spring loaded. 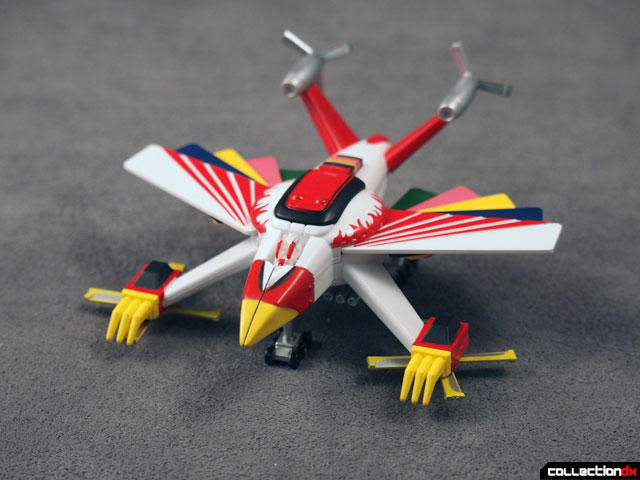 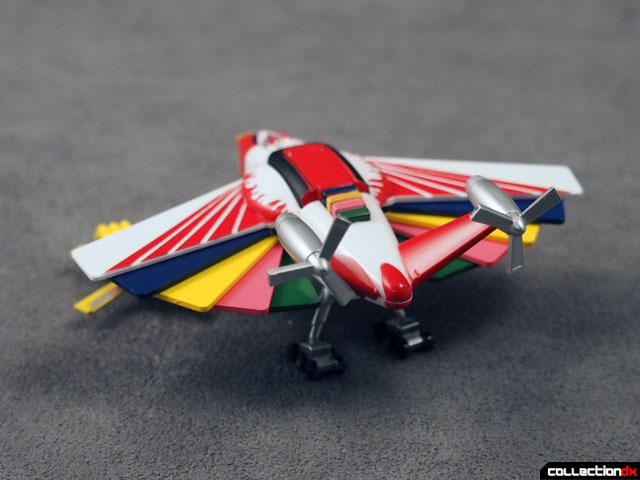 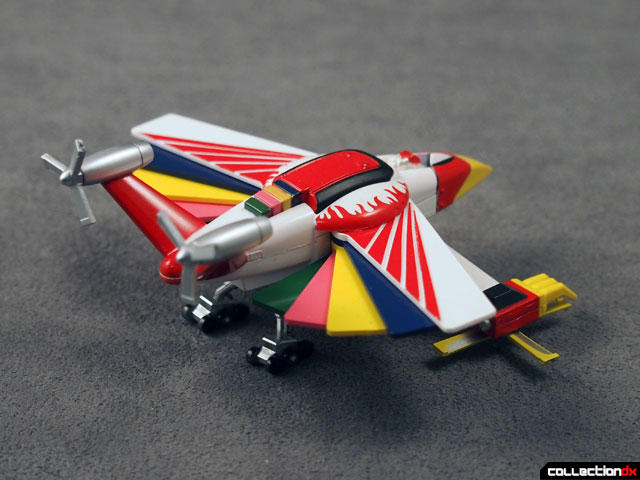 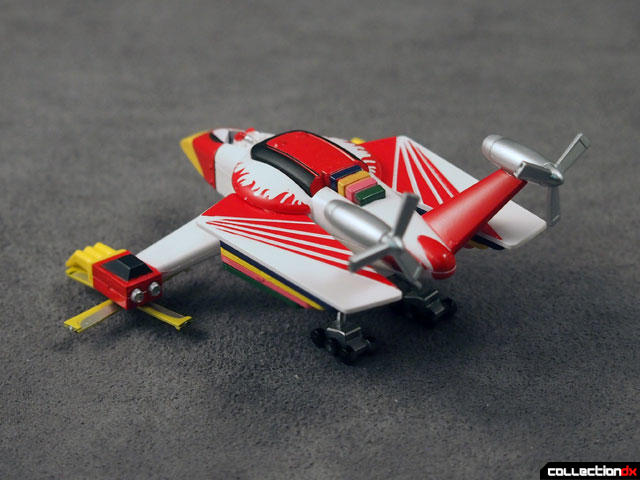 Flip the toy over and you reveal the landing gear (which you have to remove from a sprue and assemble). The rear gear has a tendency to fall off. The four propellers also need to be attached, and the two in front spin freely. 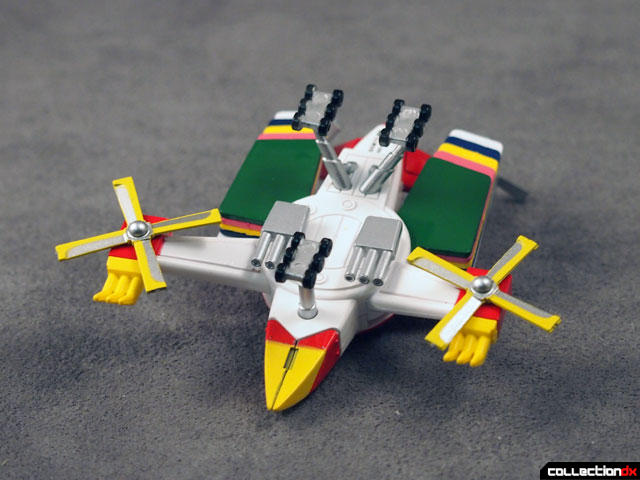 But wait, there's more! The front of the ship splits open and you can attach a ramp. The small Varitank at the top does not appear removable, despite showing it on the package. 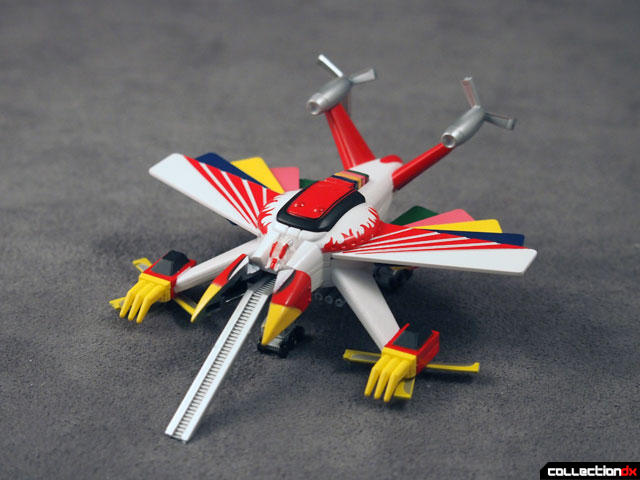 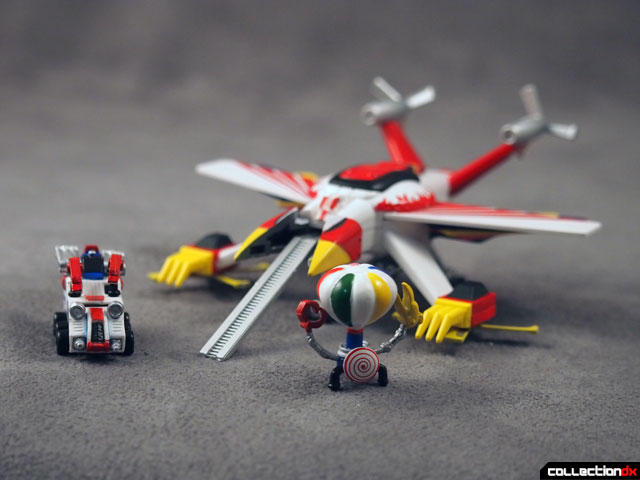 The Varitank actually comes with two sets of pincer claws in different positions. 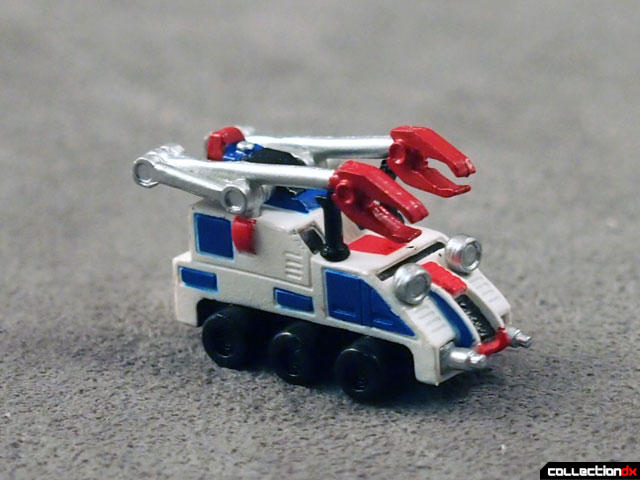 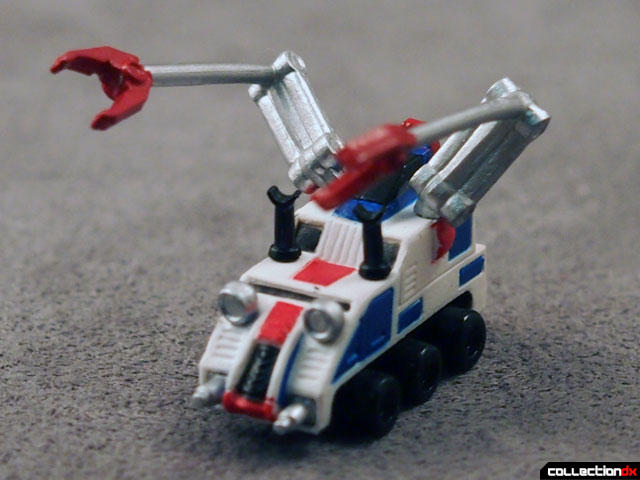 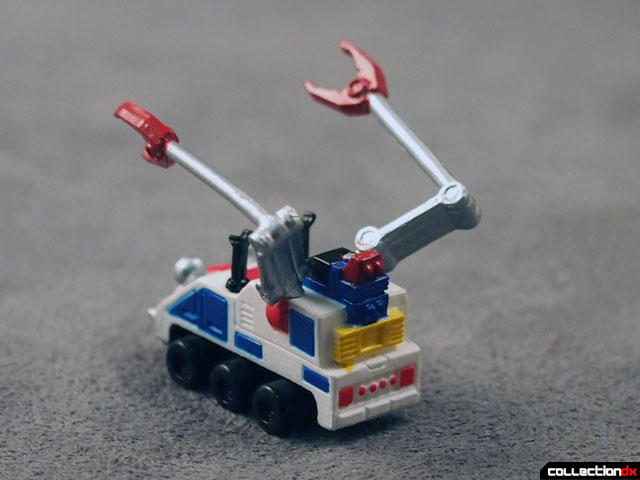 The Varikikyun, while nicely detailed, is non-articulated. 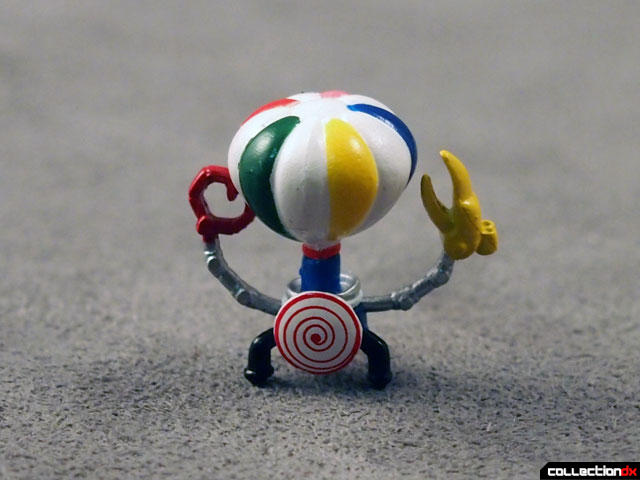 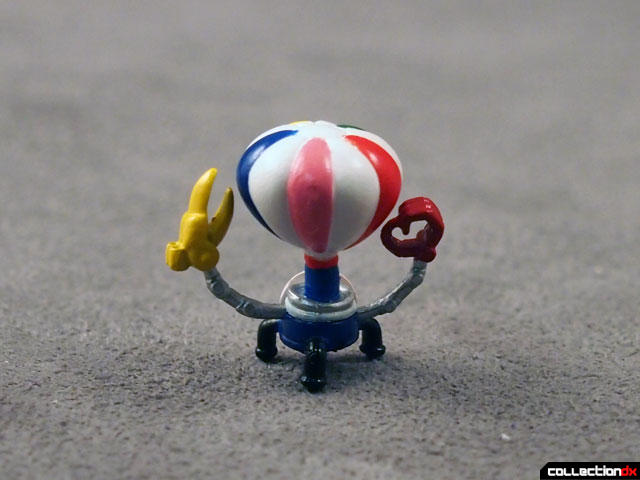 The Varidorin does not come with a stand, but if you purchased the Variblune (which you did because you bought the set) it comes with a second adapter that enables you to put the Varidorin on the Variblune stand. 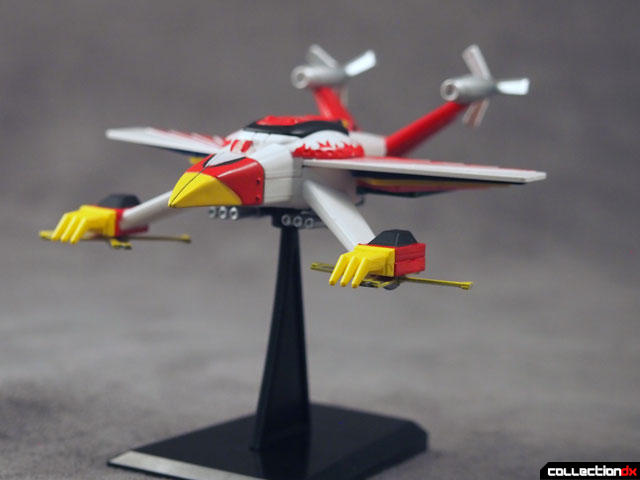 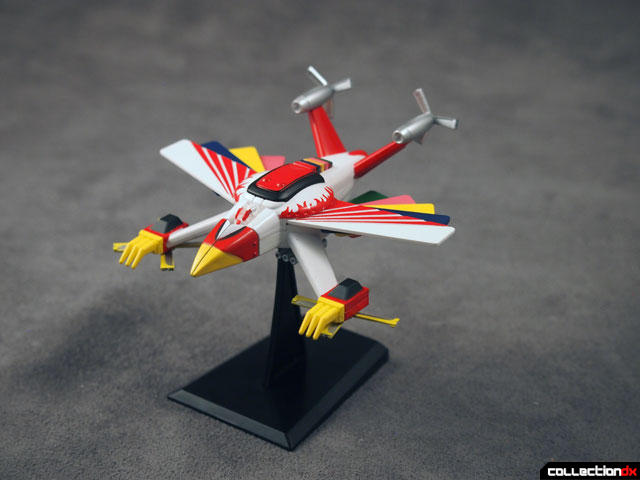 Nice little version of this ship, but WOW, compare to your long ago (2002) review of the huge Banpresto diecast.

Underrated toy, that could be had on clearance for quite a while.

I was really happy with the quality on those. I imagine these are more of the same. But damn that's a price hike. Two years later and they more than double the retail price while adding a fifth ship? Compared to the first set, do you see anything they've changed to explain the increase? Looks like the packaging got an upgrade. I'm not sure about the rest.