Much like the first wave, I have a soft spot of wave 2 of Assault Kingdom. It started the customary trend of me ordering entire cases for myself, and slowly spreading the good word of Assault Kingdom to my other toy friends both local and national alike.

With that in mind, one of the first figures is another Unicorn Gundam! Of course this was a pretty easy figure to predict since the first wave had Unicorn Gundam in its standard mode, so a Destroy mode couldn't have been too far off. 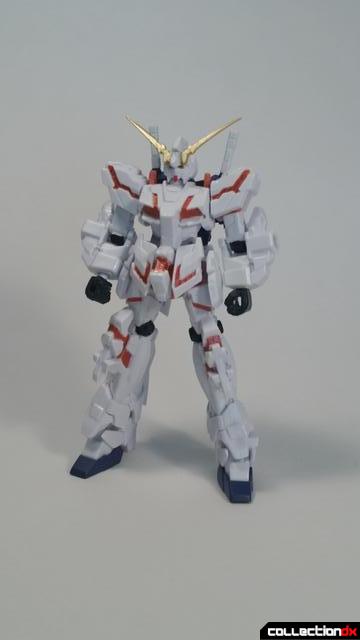 A lot of the parts on the Destroy Mode Unicorn look very familiar, and just a bit taller. While the normal Unicorn is rather plain and simple in its color scheme, the Destroy Mode version is covered in metallic red paint. And honestly it doesn't look that great to me. The Unicorn Gundam is usually depicted as glowing with a bright neon pink for its Psychoframe. This red isn't really accurate and just looks a bit off. 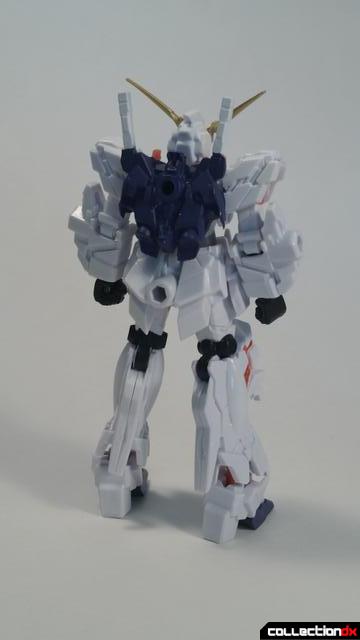 The head sculpt is a little mushy too, though at this size I can't get too annoyed by that. 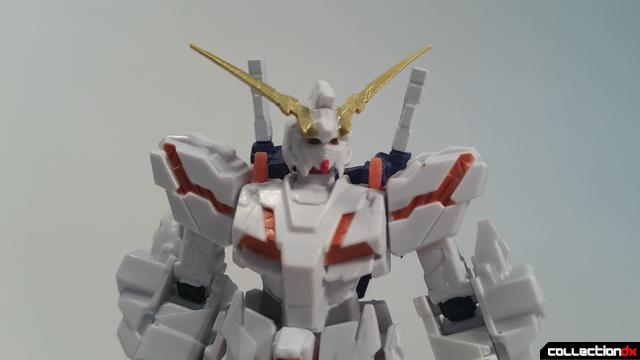 Complaints about the deco and paint aside, this is still a really fun toy! The articulation is near identical to the previous Unicorn: just taller. The ankles have a bit of a better range of motion as well than the regular Unicorn. 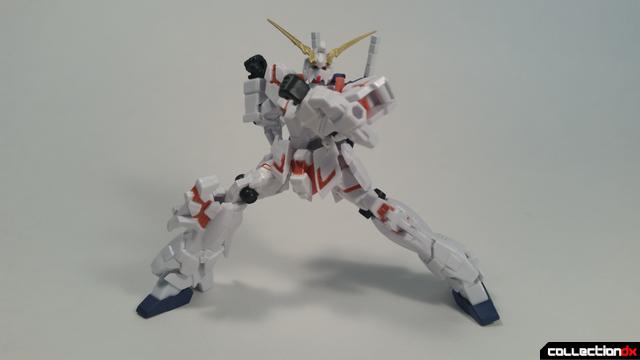 One thing worth noting is that starting with wave 2, the back skirt armor of all figures is now solid plastic instead of a soft PVC. 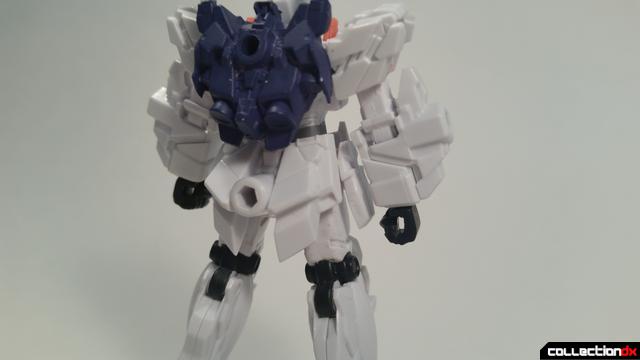 Next to the normal Unicorn, the Destroy looks quite tall. That pretty much is the most noticeable thing about this toy. 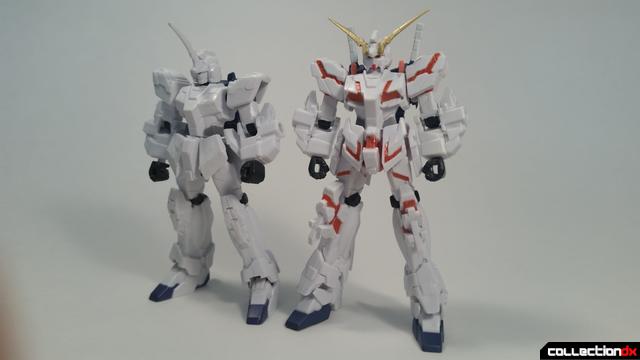 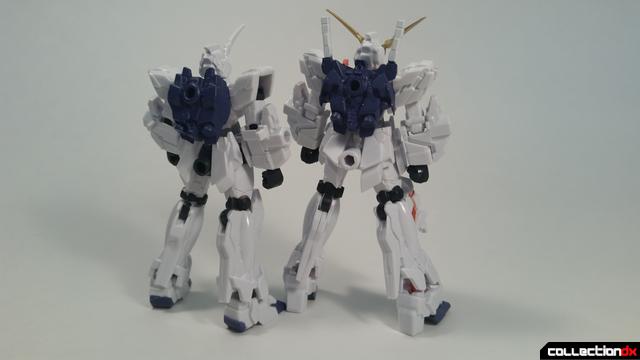 Despite all of that, Destroy comes with loads of weapons and accessories. Since the first Unicorn already came with the beam magnum rifle, the Destroy includes the hyper bazooka along with its shield. 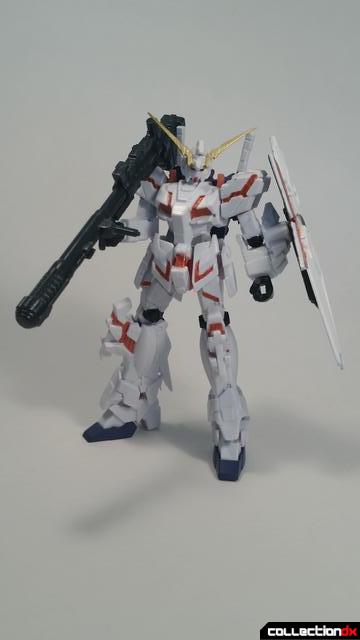 It does a really good job of setting itself apart from the previous Unicorn release.
There's an extra handle for the Unicorn to hold the bazooka with two hands too. Although it doesn't work all that great. 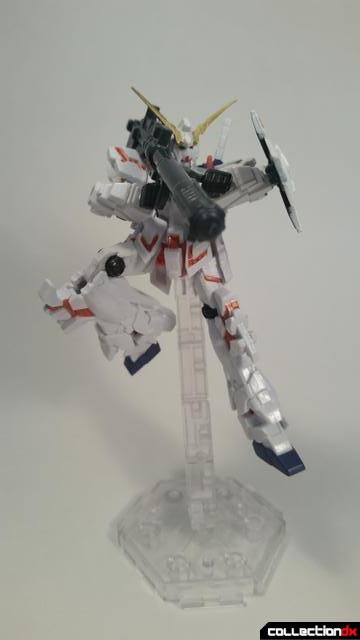 A bit of colossal oversight was that the gatling gun from the first Unicorn can't be used with this one's shield. It's a bummer, but oh well. 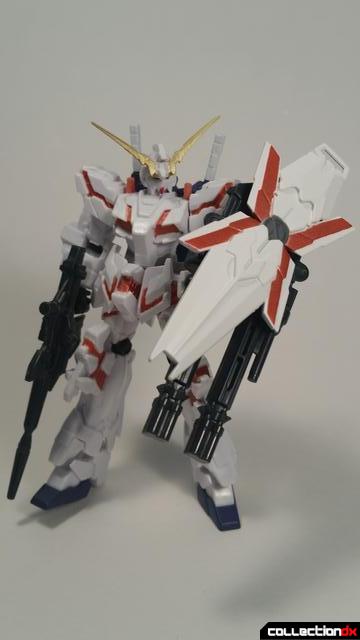 The Destroy Mode features some of the first beam sabers to be released in the standard line! However, they are the ones mounted on its forearms, which means you can't hold them like regular beam sabers. But hey, you can still do a pretty sick Tornado Claw with them! 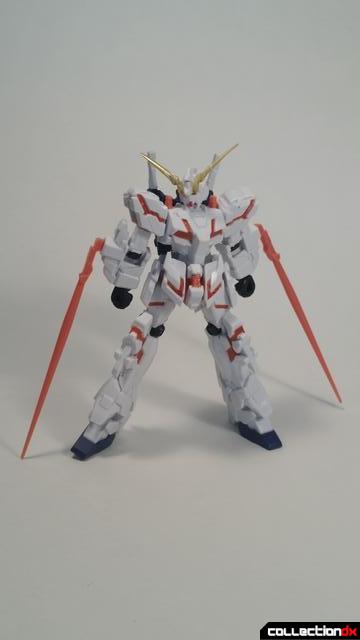 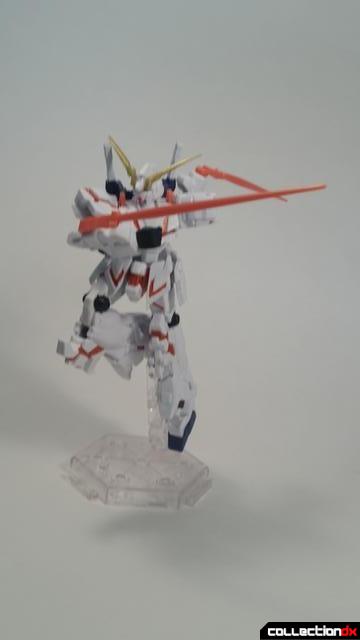 Personally I prefer to give the Destroy Mode a beam rifle and the Unicorn Mode the bazooka. Just looks better in my opinion. 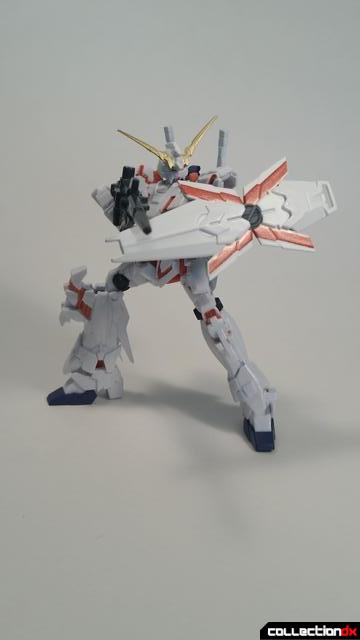 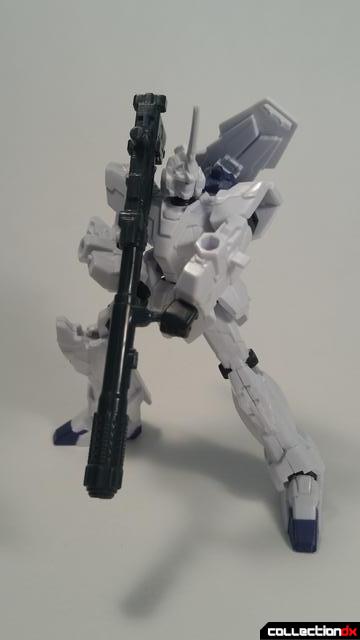 So the Unicorn Destroy Mode is a pretty good toy. I do like the regular Unicorn Gundam better, but this one includes a lot of neat weapons that can be swapped between the two. It's a decent release, but there have been better Unicorn Gundams released in the line since then. Which is something I'll probably touch on in the neat future. 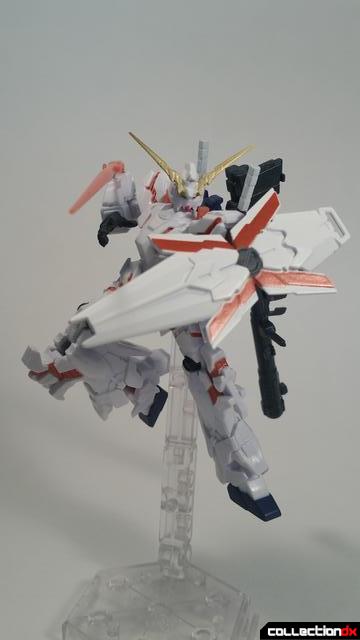 I didn't know these things existed. I wish i could find some of this tiny amazing figures. Thanks for the review!