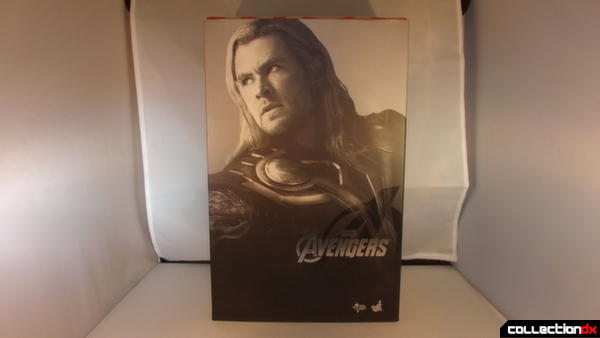 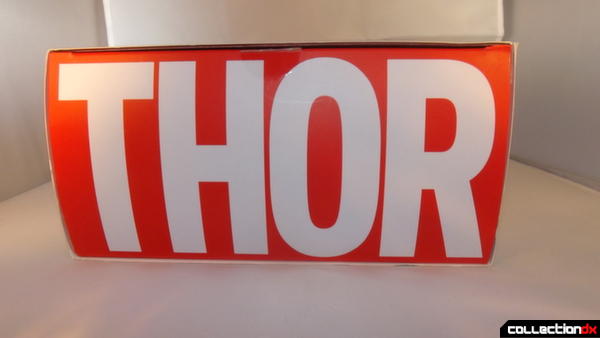 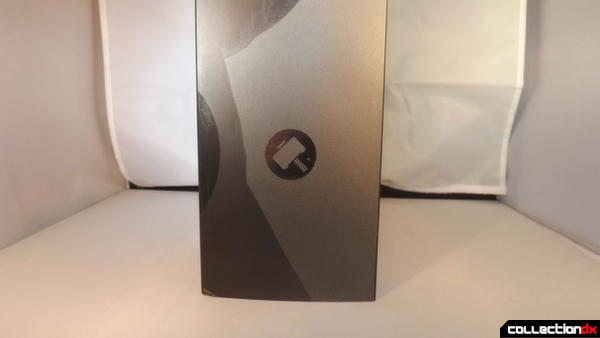 The box is standard design for the Avengers releases, character shot on the front, name in big letters on the top and a personalized logo on each side. 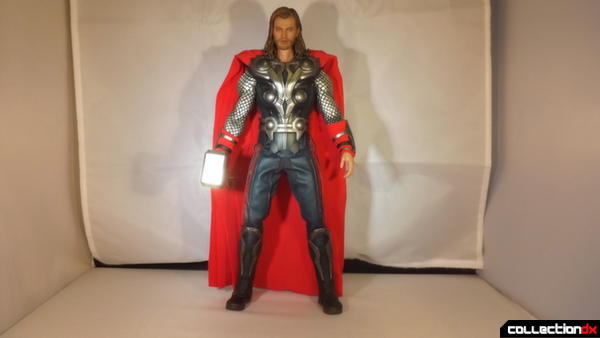 The figure itself is an excellent re-creation of the character, the outfit has all the detailing of the real thing.

The armor is made of a stiff plastic, the cape is a two layer cloth with pleats folded in.

The arms are where my issues with this figure are, over the True Type body are silver rubber "sleeves" which go under the chest armor.

Unfortunately when you pose the arms the sleeves can pop out of the body, it limits what you can do with the arms. 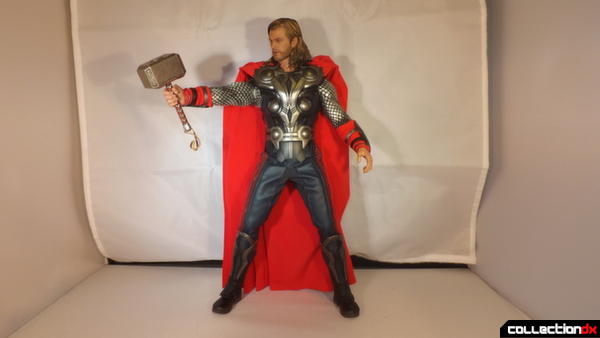 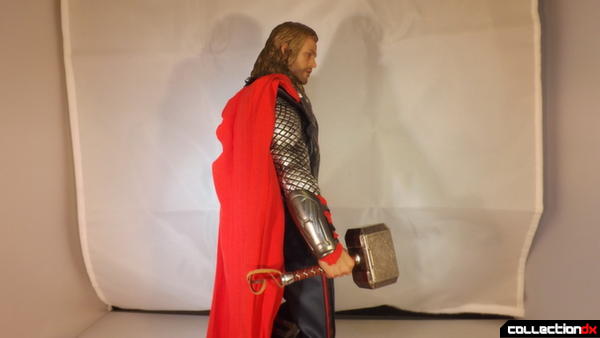 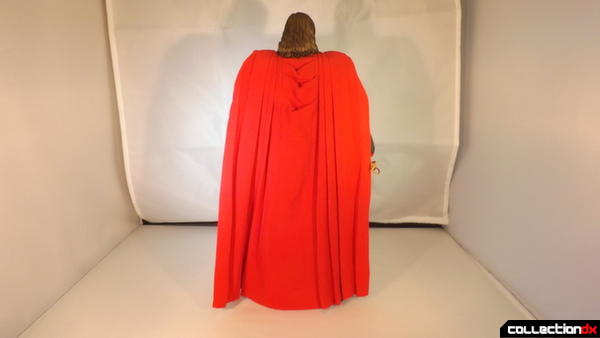 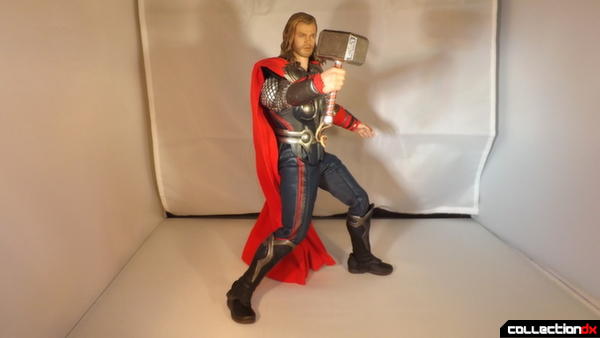 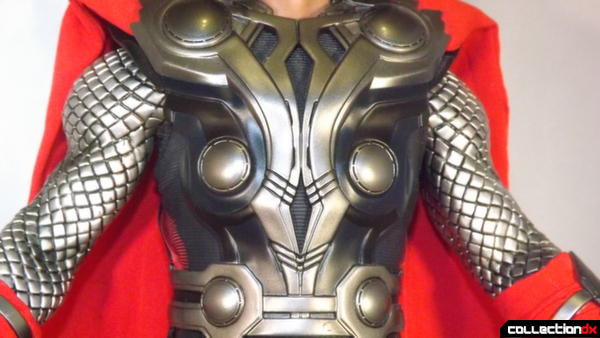 These guards slip over the rubber armor, though they can be difficult to get on the further up the arm you go making it difficult to have enough room for the hands. 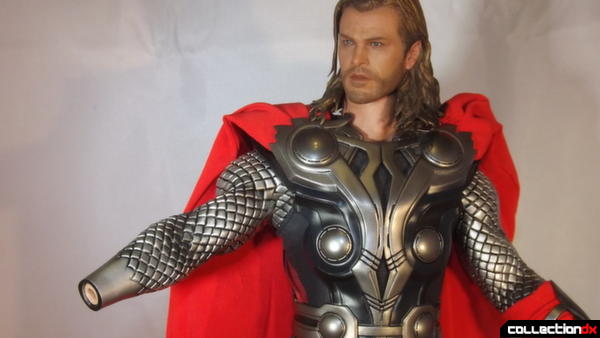 Mjölnir, "forged in the heart of a dying star" claims Odin.

Hot Toys` version is made of metal with awesome detailing with runes on the top and sides.

The runes on the top of the hammer say something akin to "He who holds this hammer commands lightning and the storm".

This 1:6 Mjölnir is seriously heavy, so much so that it can dislodge a weak hand peg and fall off with a bang, I dropped it a few times on my glass table while taking pictures and I worried each time i'd damaged the table.
The strap a the bottom of the hammer is made from a thin leather, I have fears that this will snap off at any moment. 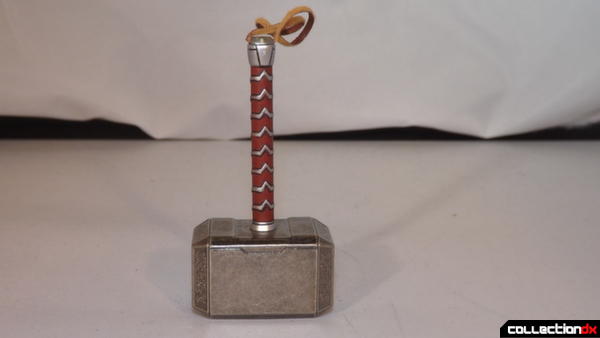 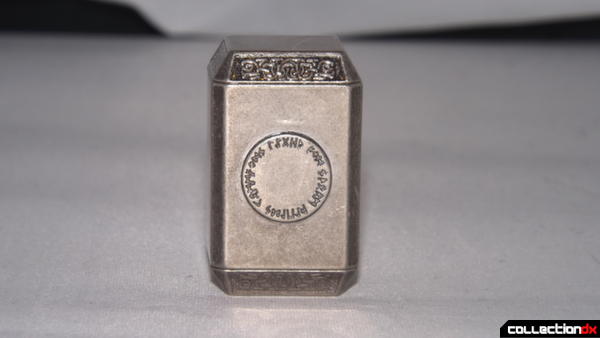 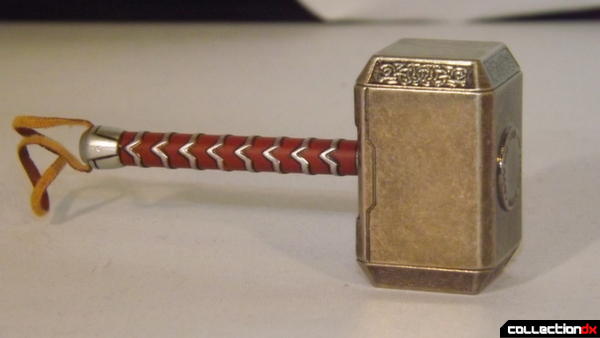 This is the best i can do to have Thor`s "Hammerstrike" pose. 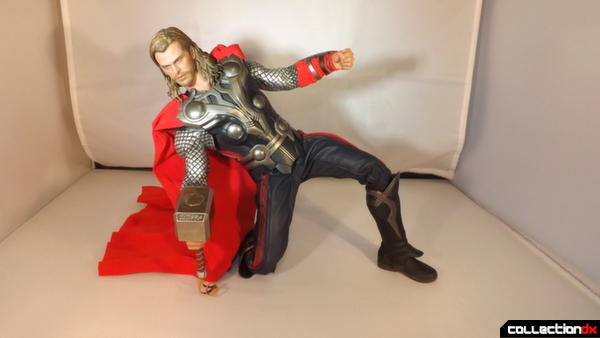 I think the face sculpt does a decent job at looking like Chris Hemsworth, i've never seen the likeness to Leo DiCaprio that many claim it looks like.

It's a far better attempt than the original version from the first Thor film.

The hair is made from layered rubber giving it some bend when you move the head. 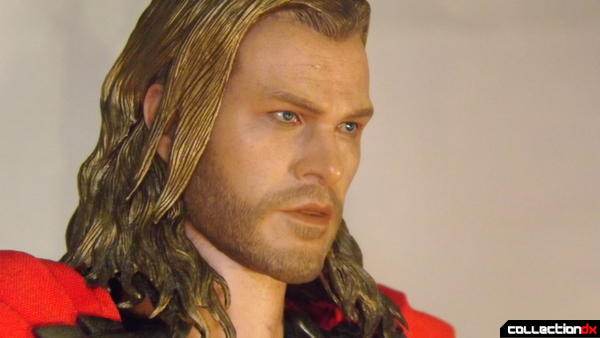 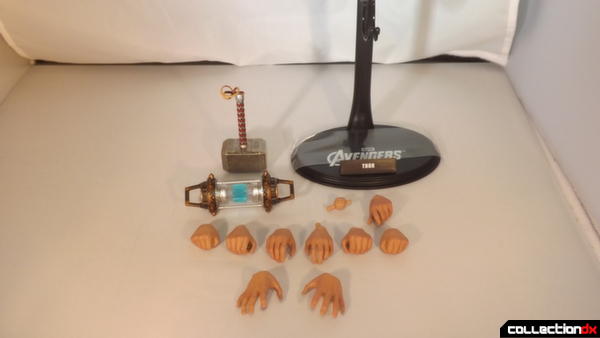 Thor can hold Mjölnir in either hand.

There is no "throwing action" but I can cheat with pictures. 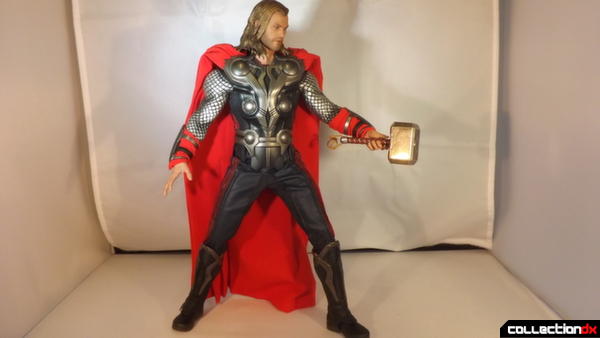 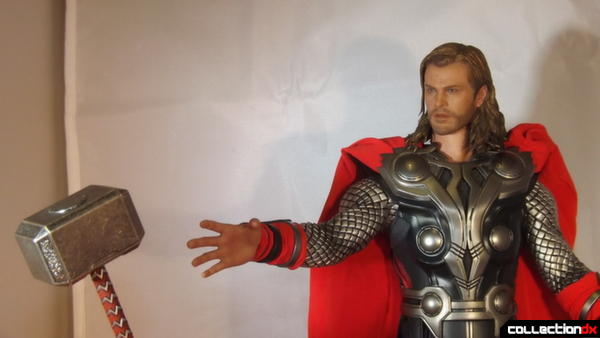 Avengers Thor is a nice figure to have, the arm articulation is its major problem for me but it looks like Hot Toys have fixed this problem for their Thor: The Dark World figure.

These Avengers figures could be hard to find at a good price, prices have just gone up.

I may sell this figure when the Dark World version is released, I don't regret having this figure, it rounds out my Avengers collection nicely. 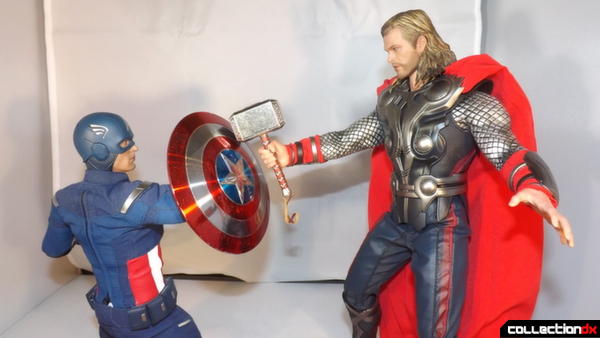 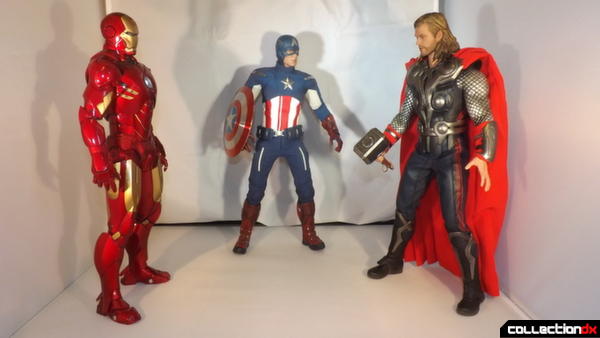 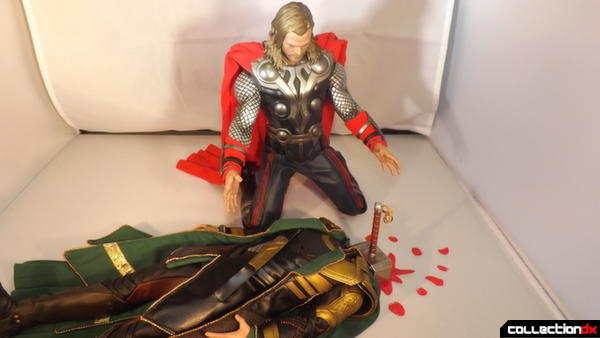 Great review, but I can't help but LOL at the last picture!