Back in the 80s and 90s, you had a lot of second-teir companies trying to cash in on the transforming robot craze. This trend subsided as you came into the 2000's where the mantle was picked up by third parties making high-end original transforming creations.

However you still get the random oddity from companies that come out of nowhere. Such is the case of Swimways and their "Submorphers" line.

Swimways is not an action figure company. They make pool toys. They have a wide variety of inflatable toys, water squirters, dive toys and other novelties. For some reason in 2013 they decided to add Transforming toys to their catalog. Makes perfect sense. 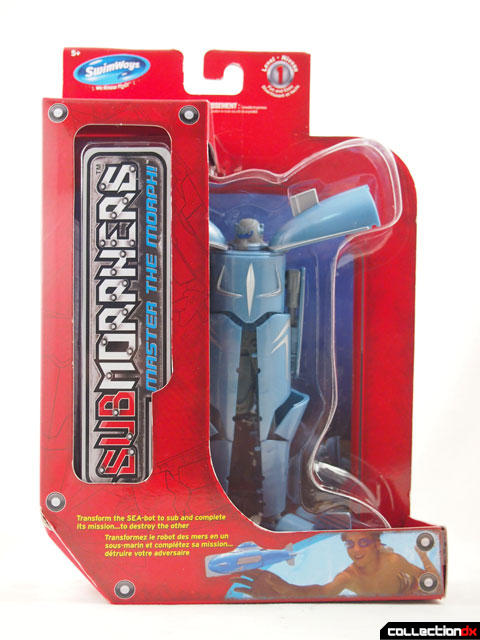 I would never had discovered the Submorphers had I not seen them in a clearance bin at Toys R Us over the winter. I was actually amazed that in this day and age a new transforming toy could escape my attention.

The packaging for this thing is really ambitious. It appears that Swimways put a lot of effort into both the packaging and production of this toy. The multi-layered box features a die-cut window on the front, and a full story on the back.There's even an original painting on the back just like the old Transformers. 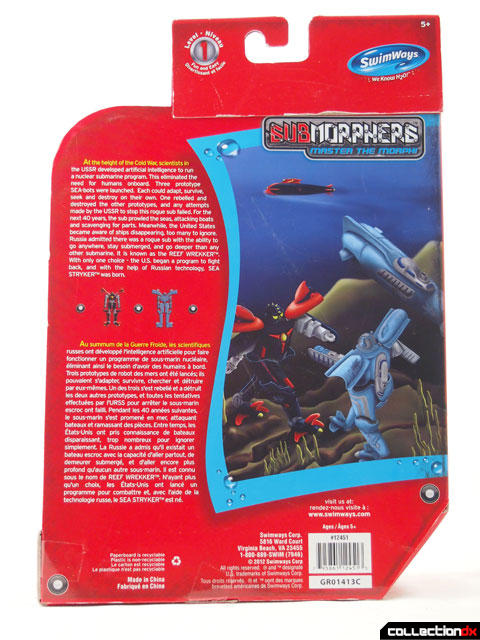 The toy is actually designed to be played with in a pool, much like their submersible dive toys. While not water-tight, there's nothing to keep this from being played with underwater. The pictured stand is not included. 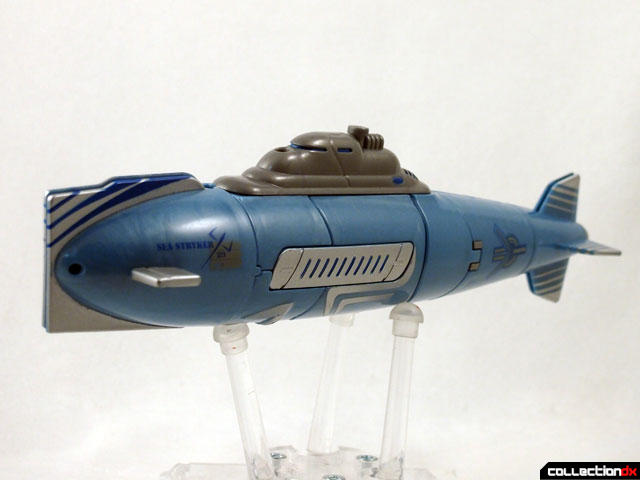 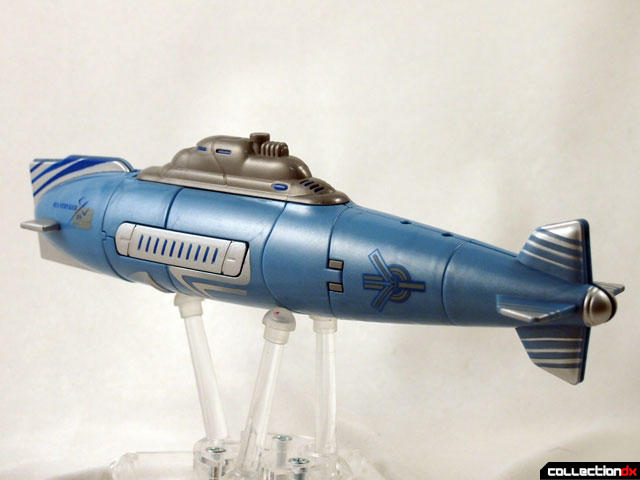 The detail is actually quite nice, with good materials. It feels like a real toy. 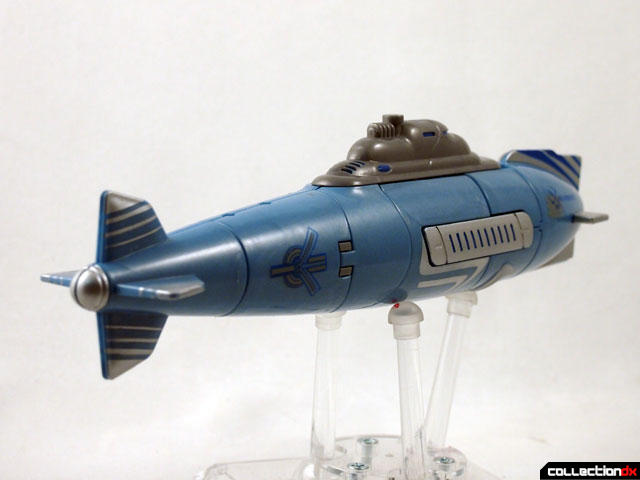 Transforming Sea Stryker is simple, and somewhat similar to the GoBot Dive Dive. The main difference is that the nose cone becomes shoulder pads. 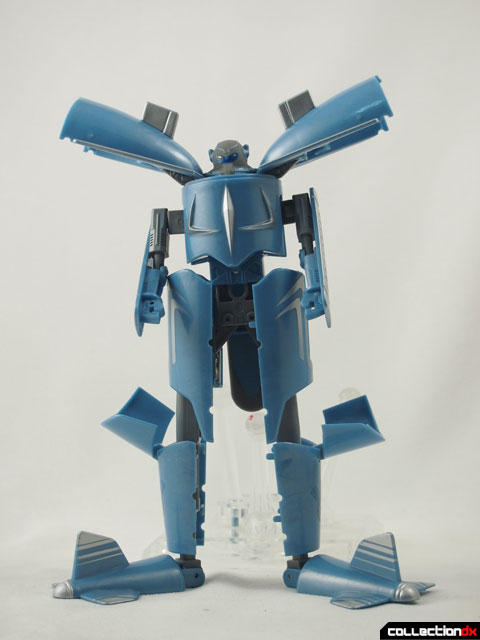 I have to hand it to SwimWays - I've never seen anything like this. It's nothing if not ambitious. 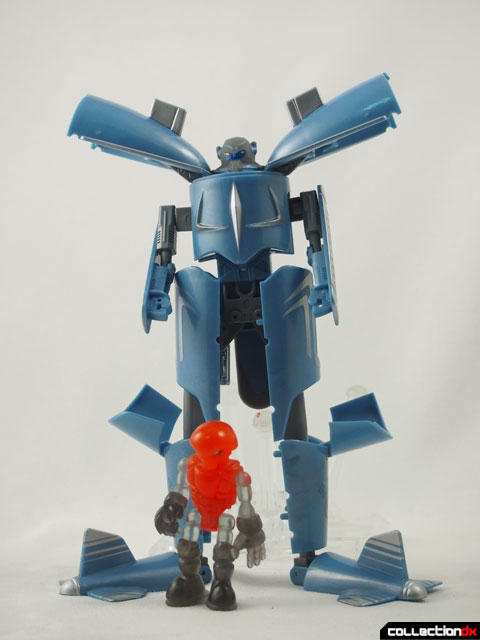 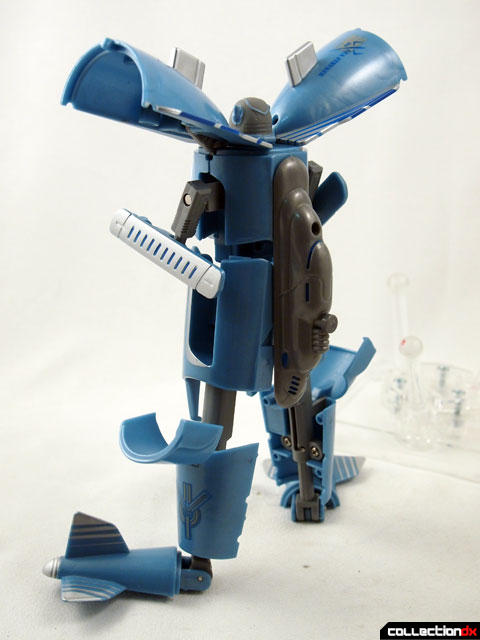 There is limited articulation. The elbows and shoulders rotate, the head turns, and the legs swivel. 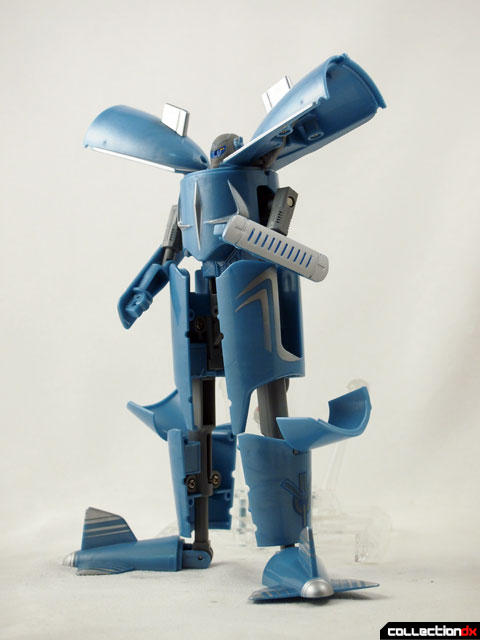 Details on the head are soft. 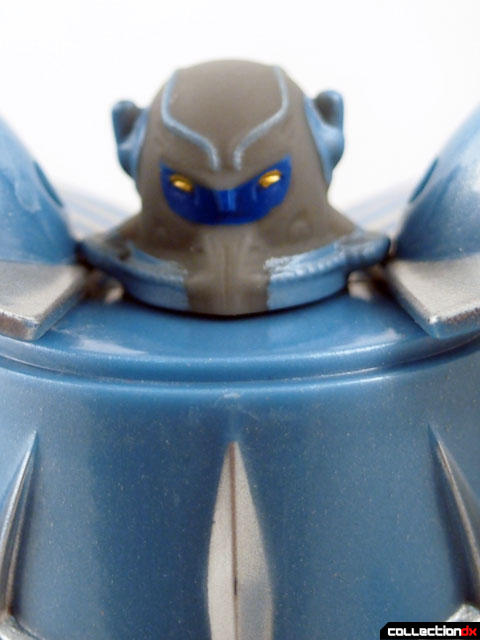 The legs are interesting, with many collapsable sections. It's engineered well, but not by a toy engineer. There's much more than necessary going on in here. 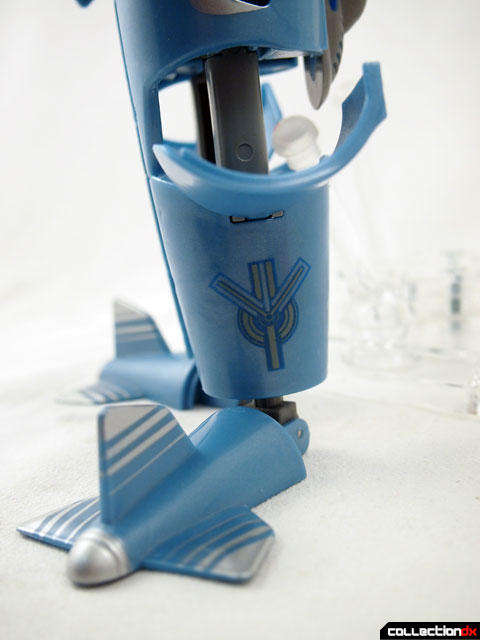 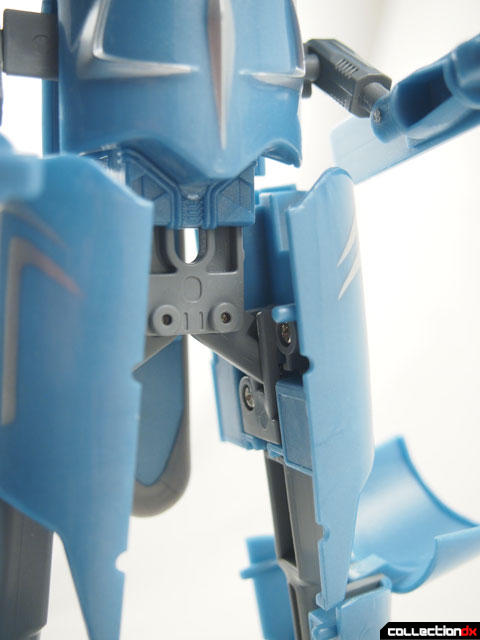 Tampo details are crisp and clean. 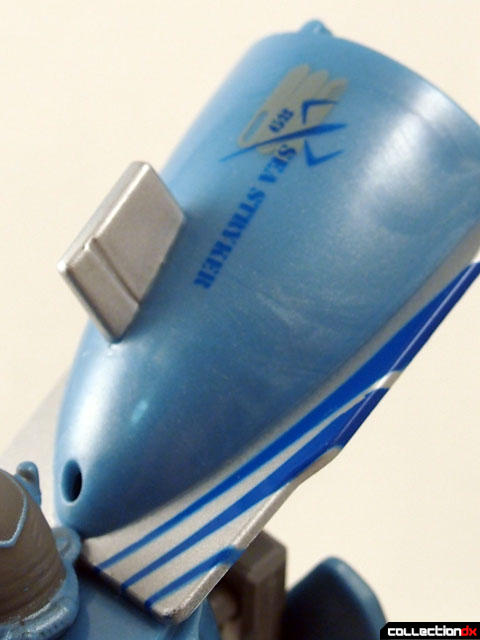 It's somewhat cool. It's on par with what Chinese companies such as Audley are producing. I'm sure the design was farmed out and not done in house, but I appreciate the amount of thought and care that went into it. The tragic flaw was that nobody knew these existed. There was no marketing and I doubt they were sold in the action figure aisles. Perhaps proper placement in toy stores would have helped the line. 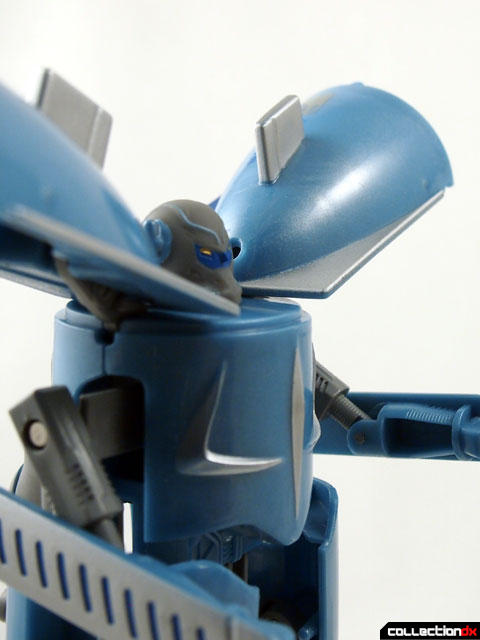 8 comments posted
I bought one of these from

I bought one of these from you at SRGM.
I have not opened mine yet, but it looks like a fun toy.
It reminds me of the Gobots submarine.
Do you plan on buying and reviewing the evil red and black submorpher?

This is one of those things that if I came across it in person I probably would pick up the black one, but I don't think I will seek it out. The impulse to buy this was largely to chronicle it, rather than to collect the line.

You should open yours, it's fun!

I also thought it looked inspired by Gobots submarine. Neat toy and review

IF I don't find these at my ToysRus, Can you grab me a black sub? I'll pay you cost + shipping.

I can swing by again on my way home from work (not until Monday) - there weren't many left, but I can do a check. These were in the "other toy" aisle (i.e. non major brands/characters) with things like Dagedar and Aero-Flixx.

Every year or so Toys R Us in our area has a massive clearance - I always end up with stuff I never would have bought (such as the aforementioned Dagedar).

Please grab me an evil black sub. Nice paint apps, correct parts. I checked my toysrus and they don't have any subs.

Stopped by after work. Unfortunately, the sale isle was ravaged. Couldn't find any of the subs left (or much Dagedar). The sales associate did not know what I was talking about when I asked if they had any left. Too partial to mine to let it go. Sorry man. If you check with your other contacts they might be able to score one at their Toys R Us.

Oh yeah - amazon has some for about $6-7. Not super clearance, but cheaper than the original price(?)...