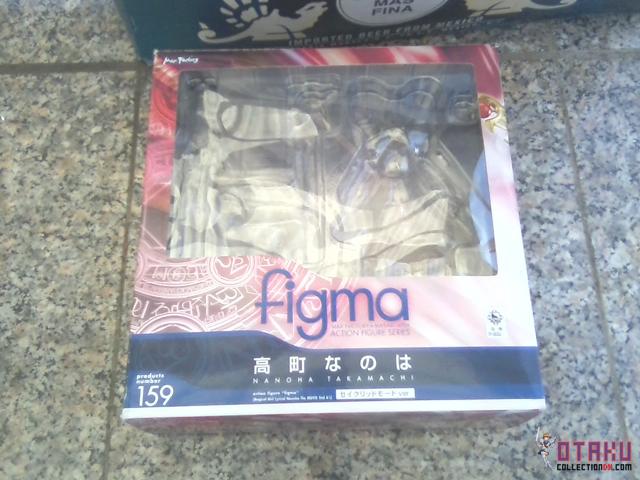 While there have been Nahoha figma before, this version of Nahoha is from the second movie Nahoha the MOVIE 2nd A’s. I’ve never seen the original TV series of Nanoha but I have seen the first two movies (a third one has been announced), and I think they're pretty cool, well-animated magical girl anime films. 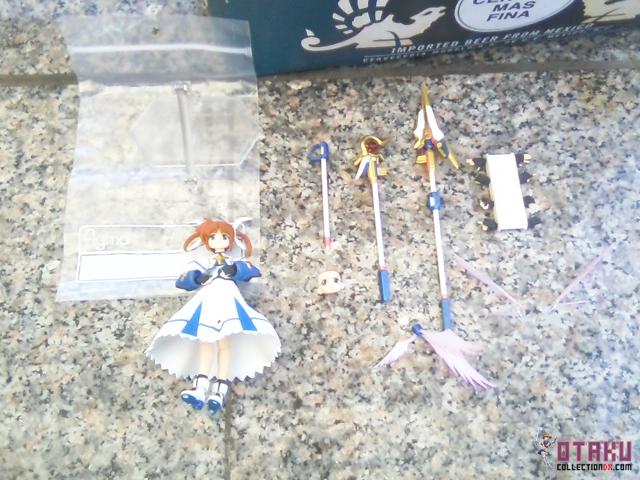 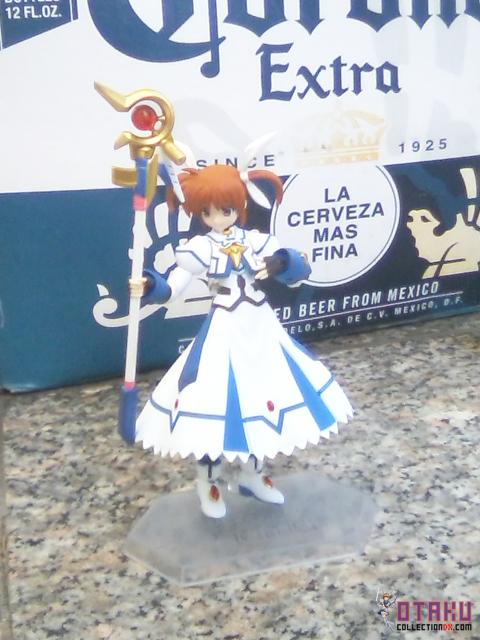 Nahoha here comes with her magical staff Raising Heart. There was a part on it that came off easily that wasn’t supposed to so I glued it and now it’s fine. 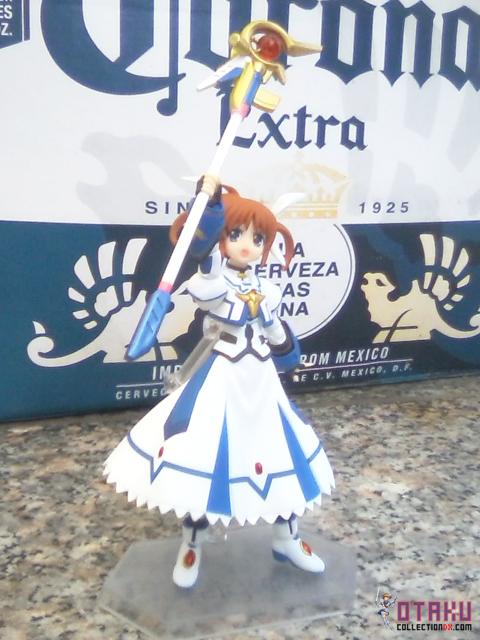 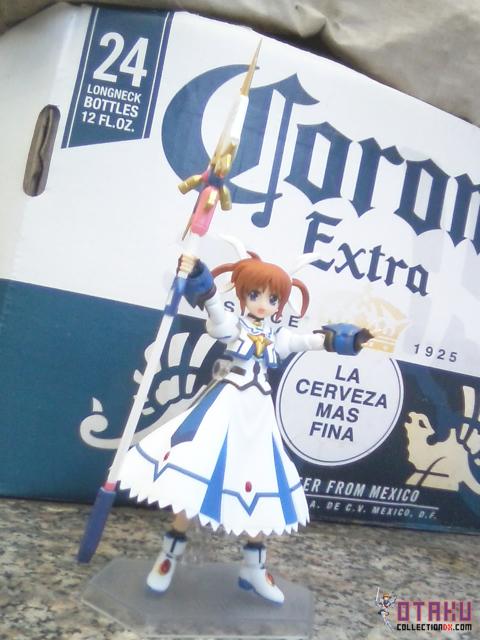 The staff is able to change shape in the anime to an attack form, so it’s able to do so here with various parts to customize the staff how you want it. 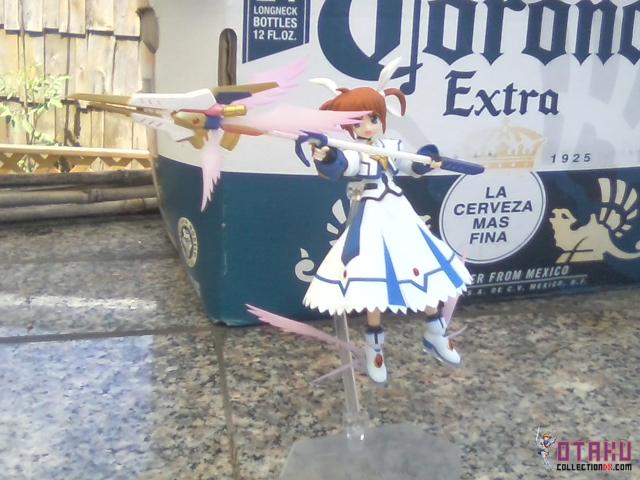 I love the having the wings on her feet and staff to make it like she’s ready to attack. 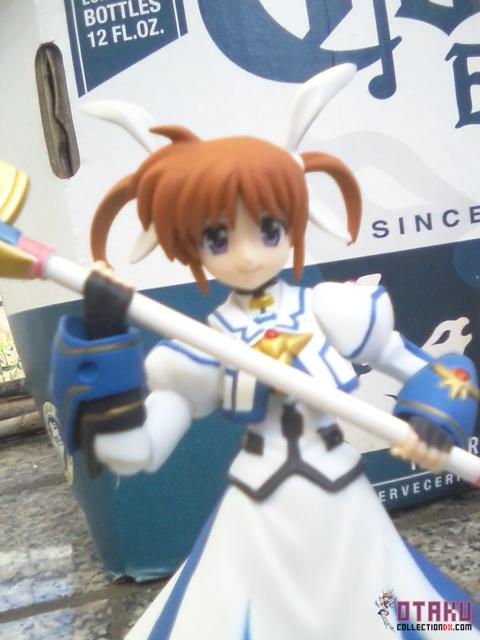 Overall, she’s got her staff and looks so neat it doesn’t matter if you’ve seen the anime or not. Thanks goes out to Angolz for this figma.