Metaltech Grendizer's blister card immediately tells you that this is a different kind of toy. This figure is defiantly middle-brow. The middle has been missing from the mecha game for too long. Bandai and a host of boutique toy companies have spent a decade releasing exquisite diecast fetish objects for hundreds of dollars apiece, while Hasbro produces ever-cheaper mass market products at the same modest price points. Children and well-heeled adult collectors have been well attended to. Other fans, not so much.

So there's something refreshing about a six inch diecast toy packaged on a blister card. I like that this feels like it could be hung from a peg at Target. The $50 street price is a little high, but pretty reasonable for a semi-obscure licensed figure from a smallish company. 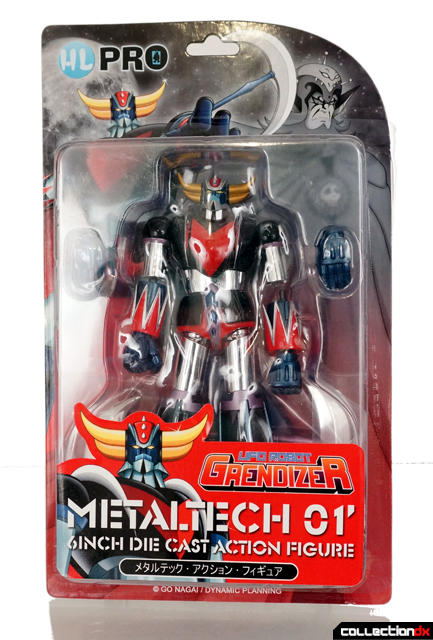 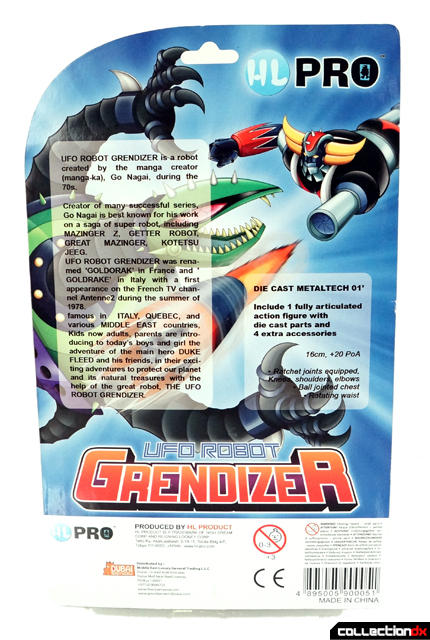 Accessories are minimal. A set of neutral hands and Grendy's sickles are included. I welcome the spareness of the set. The focus is clearly on the figure itself, as it should be. 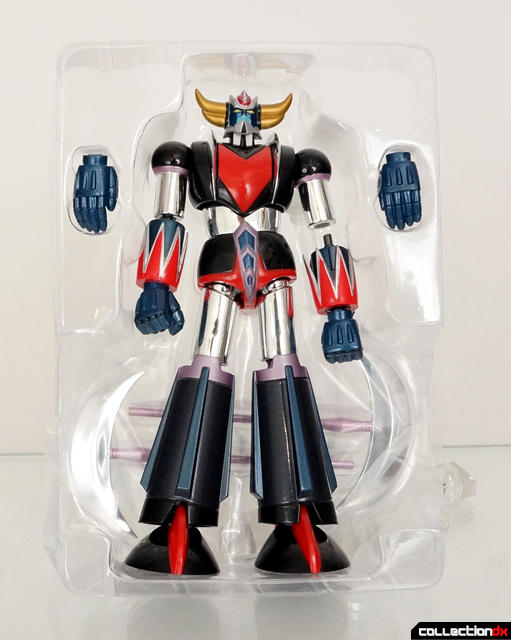 Grendizer is a hefty piece. Hand feel compares favorably to SOC. Diecast content is generous. Obvious metal content is shown below, but I wouldn't be surprised if there's additional concealed metal in the shoulders. 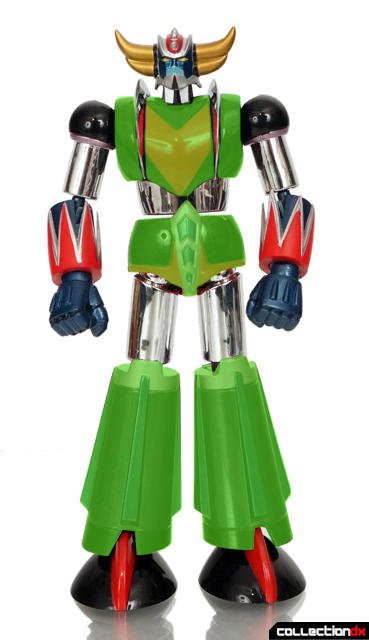 Plastic parts are crisp and solid. The sculpt is tight and dynamic throughout, though the stance is a little awkward and lanky. Something about the arms doesn't look quite right. 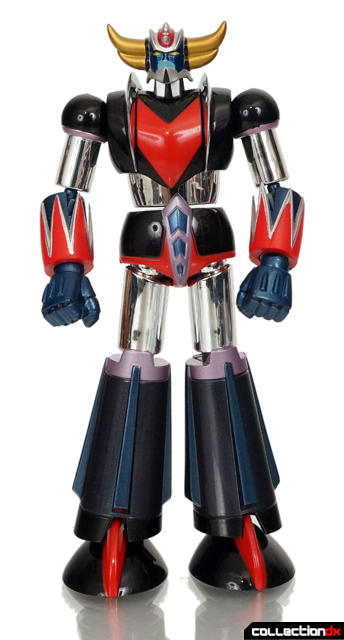 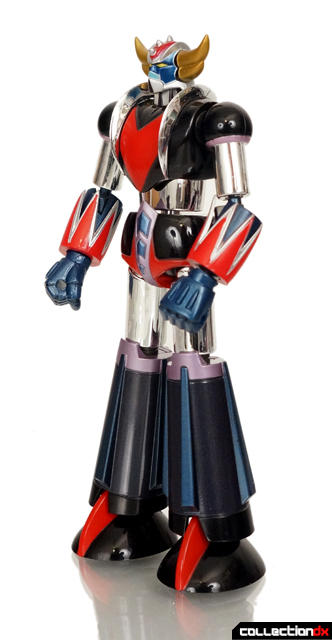 While fit and finish is respectable, I have a few quibbles. The always vexing conflict between Grendizer's pointy gauntlet trim and a bendable elbow has not been solved; the rubber pointy bits must bend. To be fair, Bandai couldn't solve this either, but it's still a goofy detail. 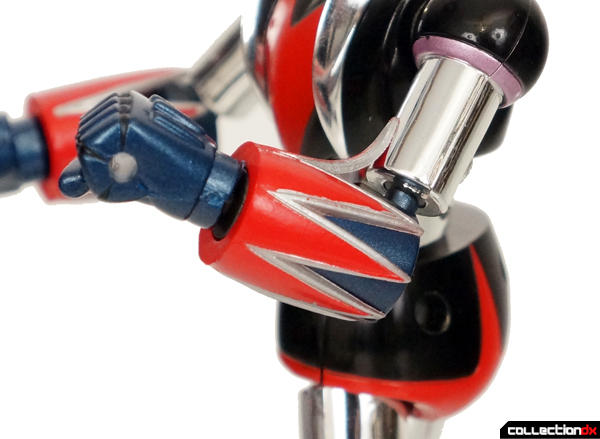 The lower arms connect with a small, weak peg connection. These pop off easily and my not age well. The whole elbow connection just feels flimsier than it needs to be. 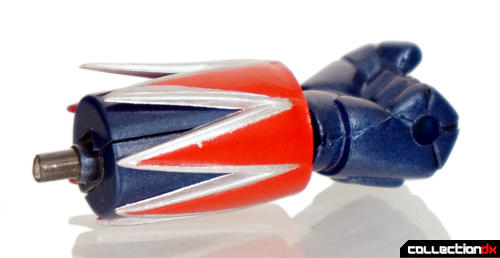 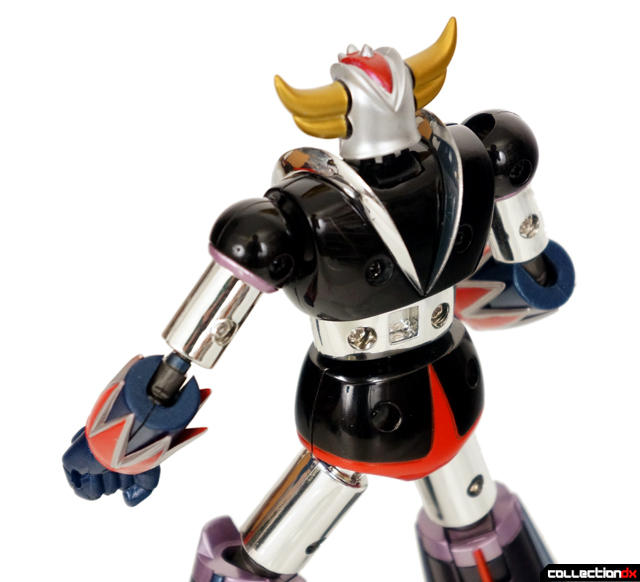 There's a distracting gap at the waist joint. 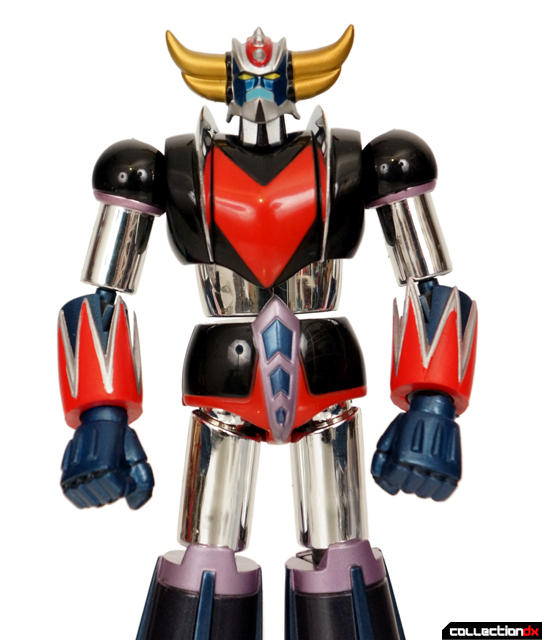 Otherwise a solid piece. Joints are satisfyingly heavy and clicky. Poses well, though nothing too dramatic. Looks damned good from any angle. The shiny chrome foil parts really pop. 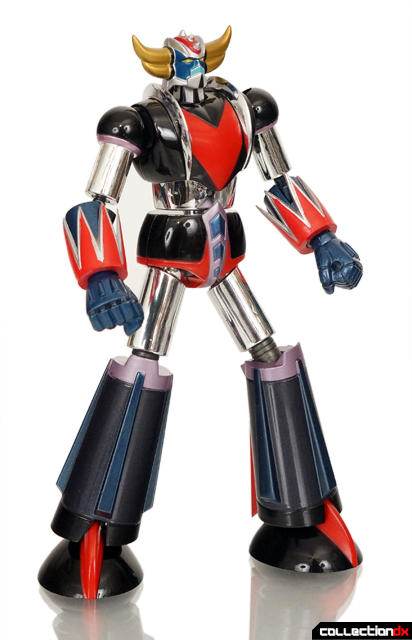 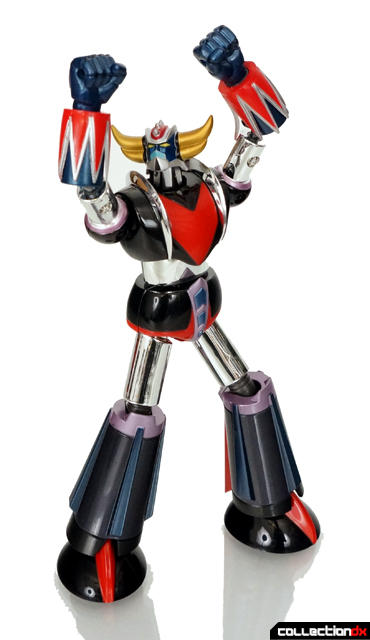 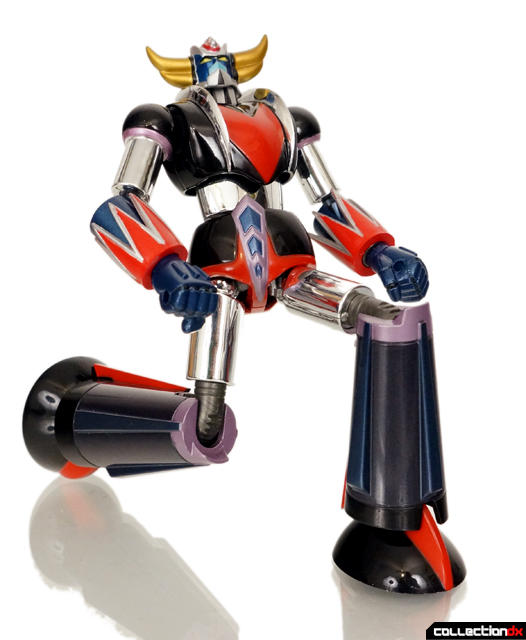 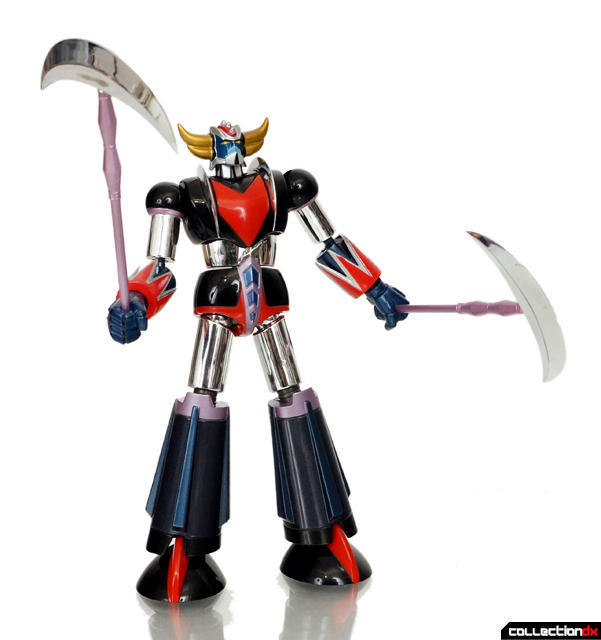 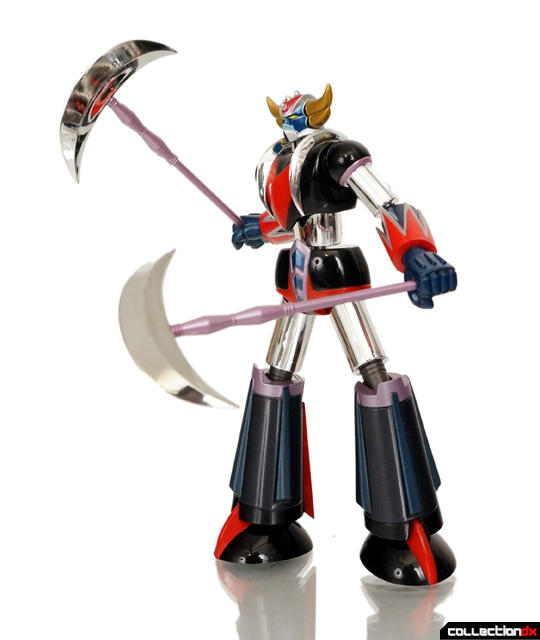 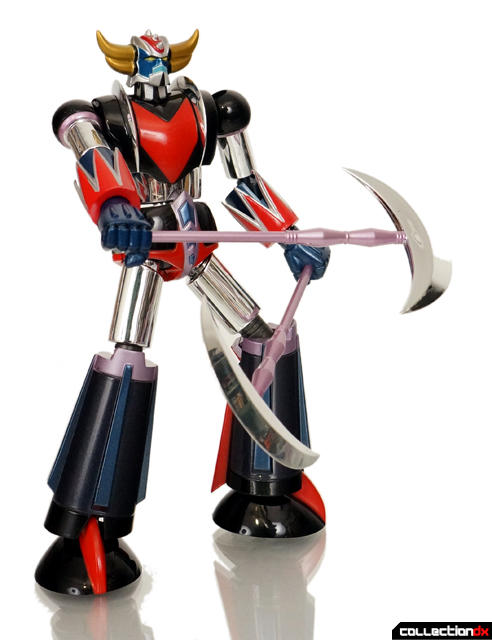 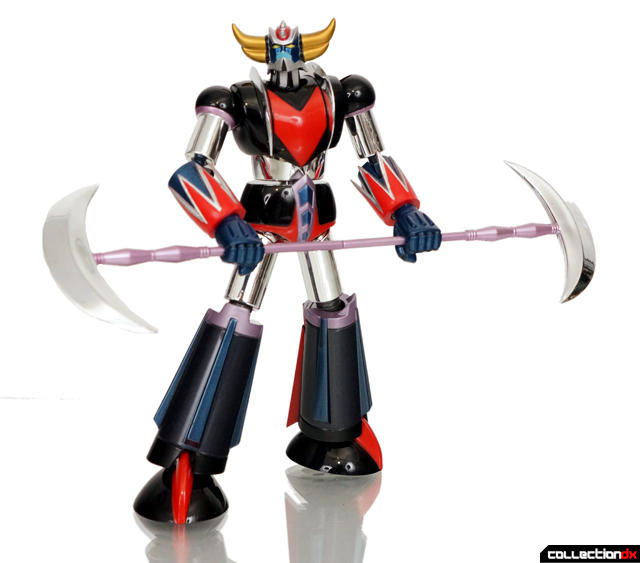 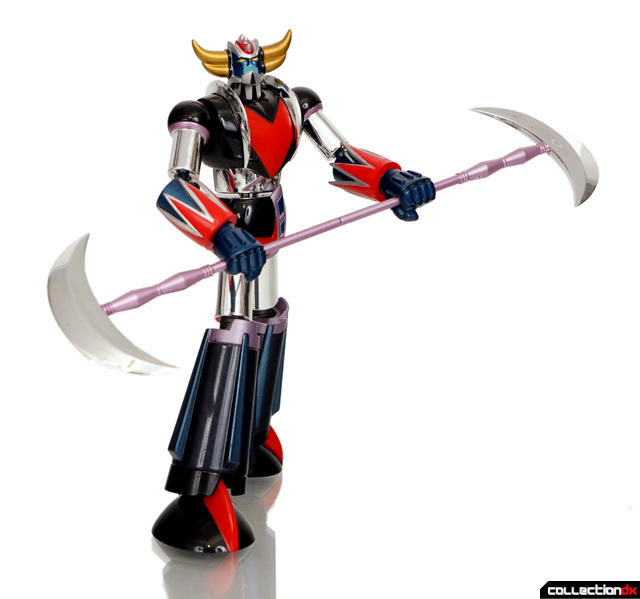 The Metaltech Grendizer is a promising piece. I look forward to future releases in the line. Its limited awkward aspects can be reasonably attributed to the growing pains of a new company who seems to be on the right track. [Correction: while I've only been aware of their products for a couple of years, High Dream/HL Pro has been around since 1997]. 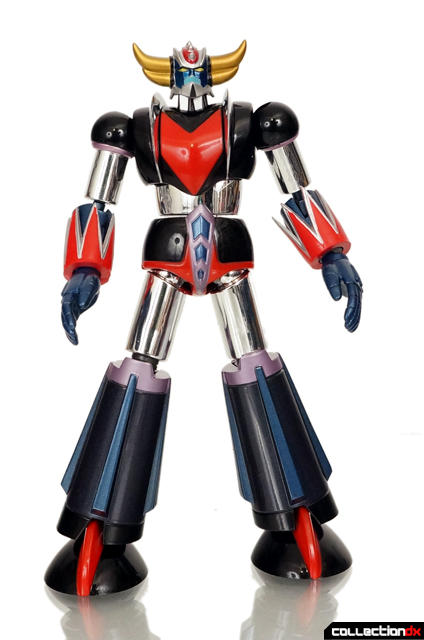 This looks really nice. It would be cool if this line became a budget SRC compliment. However, at 50 bucks a pop I can't see going for one of these over an SRC. Well, maybe for Grendizer because... Grendizer.

Also, I'm so jealous over your pics. They always look stunning! Excellent job!

Yeah, I think SRC is the superior toy for the price. A smaller company would probably have to double the price for a similar product. The unique license(s) will have to make up the difference in the mind of the collector.

And thanks for the kind words on my photos!

"Something about the arms doesn't look quite right."

This is one beautiful Grendizer. I really like the chrome (who doesn't?) and the sculpt, so awesome.

It's just too bad it's not in the same scale as the SRC Mazingers, because if it was, I would definitely get this one instead of the SRC version.

I don't understand why if the elbow joint is so small they made it so it hits one of the red spines instead of going between them. Is the toy just assembled wrong?

I actually own it and I must admit, it's really nice, cheap alternative to SOC IMO, even though the red spine got bent on my Grendizer when I tried to move its elbow's, but other than that, it's pretty cool! ^.^

Strangely, it reminds me of those odd articulated Mazinger figures that came out of Argentina, but in shiny diecast.

So to avoid the bumping into the arm spines, why not put the elbow joint into the upper arm?

Comments here are making me think I should wait for the SRC.
I'd like to handle a pice from a new line, new to me. But although I don't love love the SRC line at least I know what I'll be getting.
Id really like the SOC GX-04s but...$$!

Has Bandi done any weapon/vehical sets for any figures in the SEC line...? Basically will we get a spanzer?