Let me start off by saying that I love Kamen Rider Wizard. The show is really fun and I love his design. I also really love S.H. Figuarts. They're the best action figures around! But this... This is just sad. 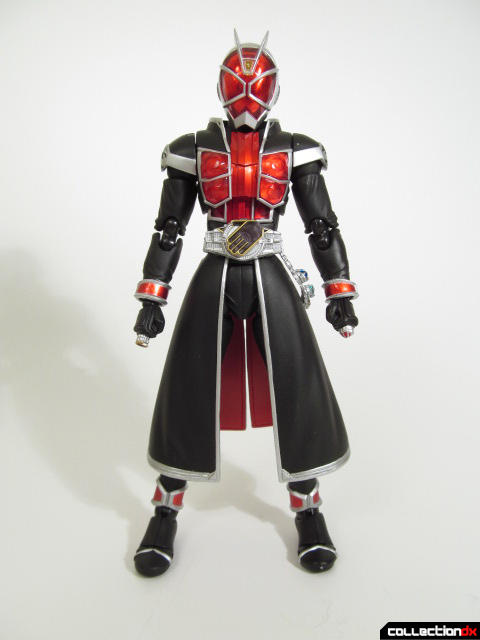 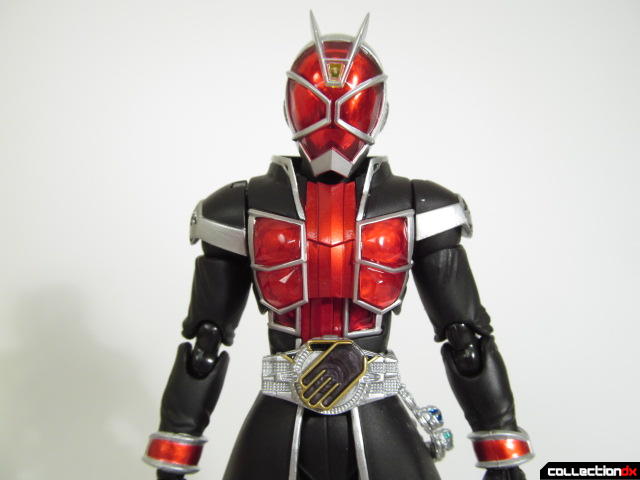 This is S.H. Figuarts Kamen Rider Wizard. At first glance, he looks alright. Sure, the proportions are a bit off, but the details look great. His shiny parts are really shiny, and the black parts are a beautiful matte black! 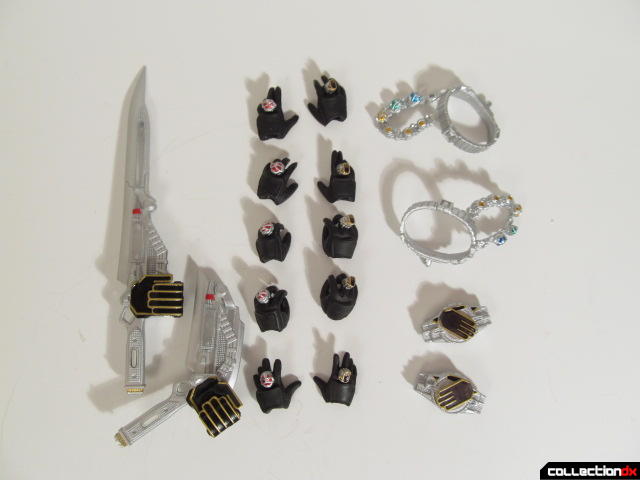 He also comes with a large amount of accessories! It was nice of Bandai to toss in so many hands and weapons, including his WizarGunSword and bonus parts. Heck, there's even a Tamashii Stage included in the box! 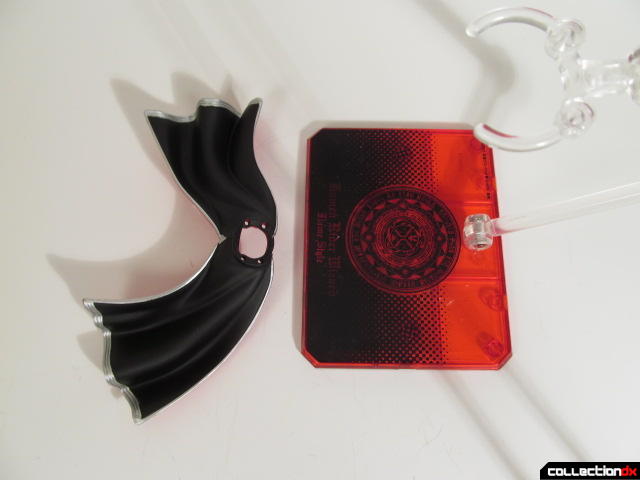 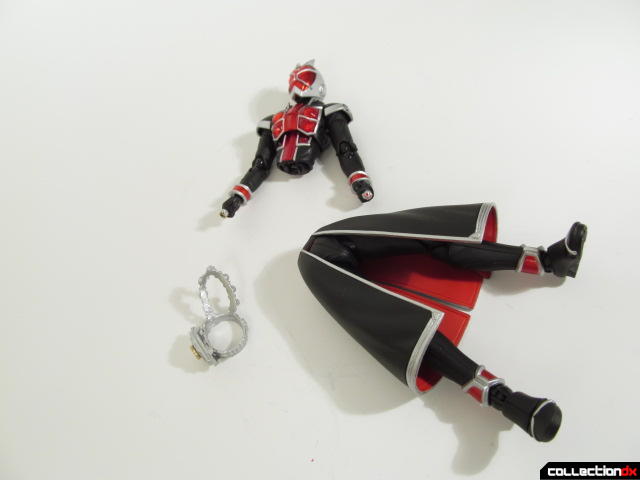 The problem is that this toy is so abysmally awful that he can't even use any of this stuff. Wizard likes to fall apart. In fact, he does it so much that I had to stop taking pictures entirely because I got SO ANGRY. 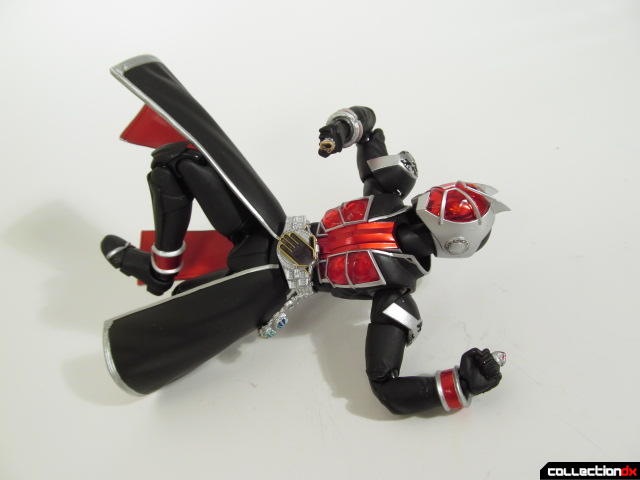 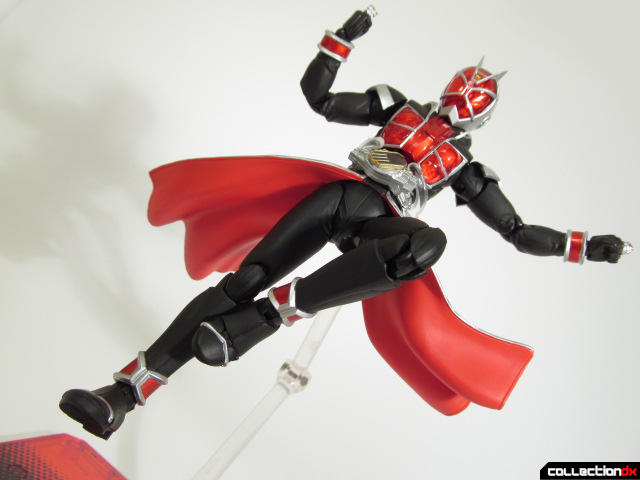 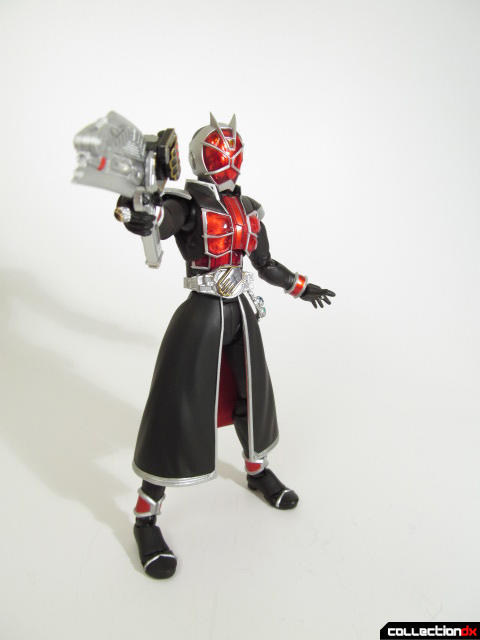 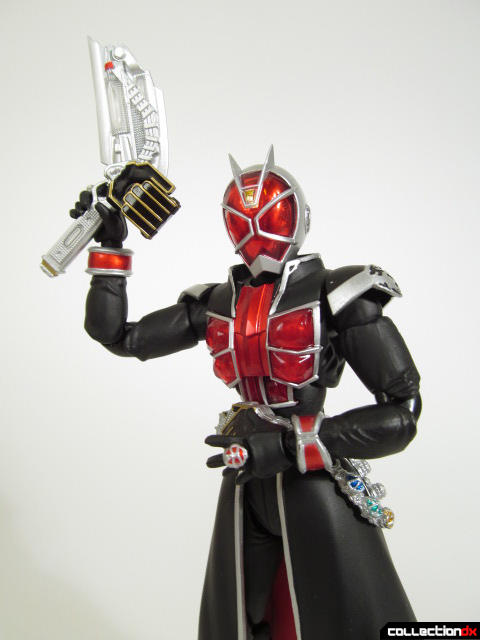 I was able to get him into a couple of poses, but that's all that my patience would allow me.

Don't buy him. Stay far away. In fact, if anyone tries to sell him to you, you should punch them in the face and tell them they're wrong. I'm going to go take a bath now. I feel dirty from looking at it. 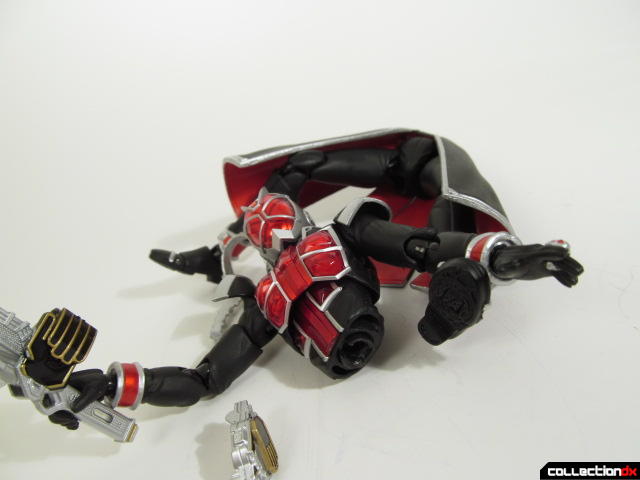 Now I know thanks for the heads up!

Tips on how to have fun with A S.H Figuarts Kamen Rider Wizard

1. Use an Obi-Wan figure to cut him down like what he did to Darth Maul in Episode 1

2. Use a vintage Chogokin action figure (preferably a Great Mazinga or a Getter Dragun) to use its rocket punch on Wizard and/or (in Dragun's case) use the Getter tomahawk to chuck it at Wizard

Take a Hulk figure and have him smash wizard in half for a comedic effect !

Anyone else have suggestions for ways to make Wizard Flame style's S.H Figuarts toy useful? JK!

Melting it down and turning it into edible oil for the children in Toronto.

experienced it with certain figures in the modern microman series...

Same here. I love the articulation but the sad thing is they're only marginally less fargile than either A G2 Slingshot and/or a BWN Randy put together

Coincidentally, the other overwhelmingly negative review I've done for this site was the Microman Batman two pack. I still get queasy thinking about it...

It's said that I only have one classic styled Microman/Micronaut and that is M182 Annie's reissue. All the rest are 2004 microman and 3 of them are broken (though they were given free at a comicshop and I could use the parts to swap out accessories on my others.)

i read somewhere the best word to use with modern micromen-- 'fiddly'.... i love microman, & have nearly all the modern series... for the most part i'm really happy with them, but it does seem that the more elaborate the armor, the greater the likelihood that it'll fall apart at the slightest touch... certain individuals are really bad like that... makes it real aggravating to take pictures, especially if its an otherwise good looking figure...

That's the sad part. They might look good but they don't have good durability