Toei's newest Kamen Rider series is called Kamen Rider Wizard. It is all about a young wizard's struggle to bring hope to the world and stop people from falling into despair! Kamen Rider Wizard is able to tap into the power of a Dragon that lives inside him in order to use magic, and when times get even tougher he can unleash all the power of the Dragon to achieve FLAME DRAGON FORM! 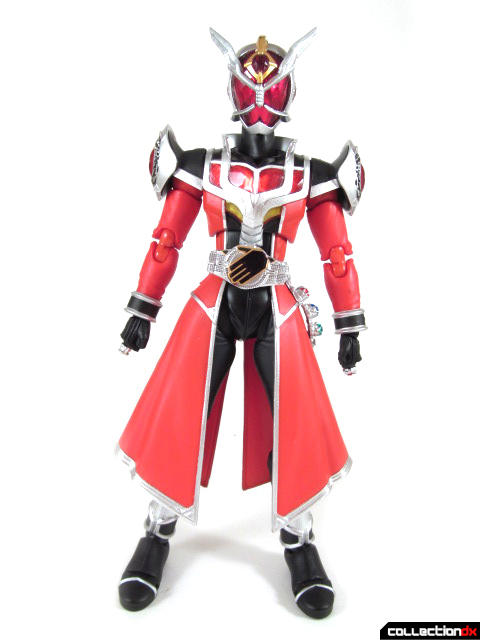 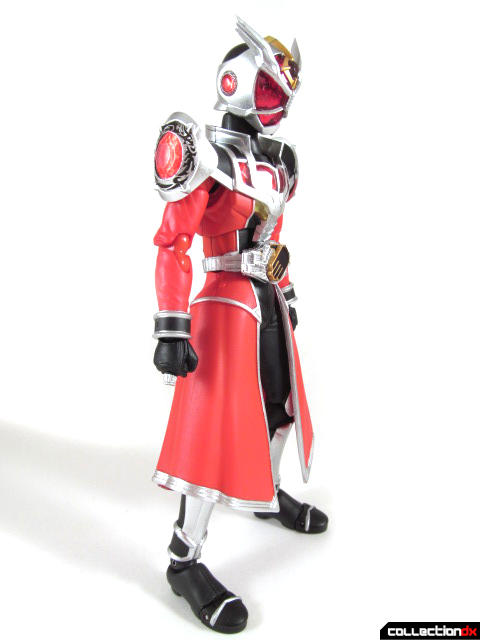 So this is basically the first upgrade that Wizard gets during the show. Bandai has done a great job translating the suit to plastic. The sculpt looks fantastic and his helmet is absolutely gorgeous! I cannot stress enough how wonderful this figure looks! Even the tiny details on the rings are AMAZING. 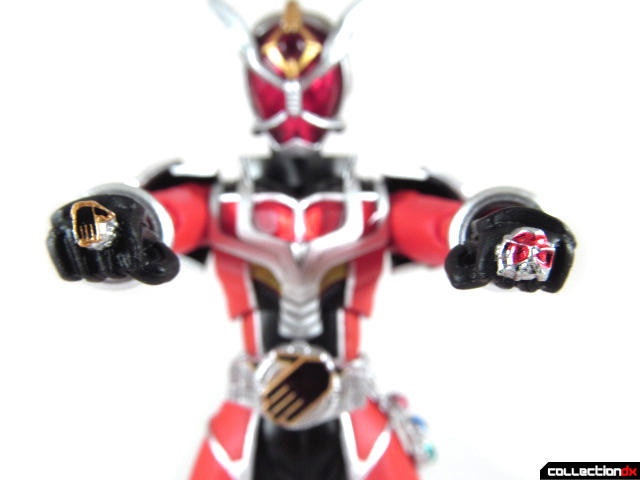 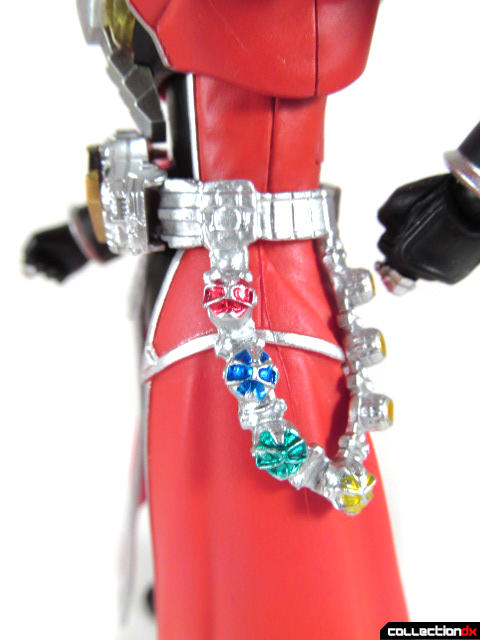 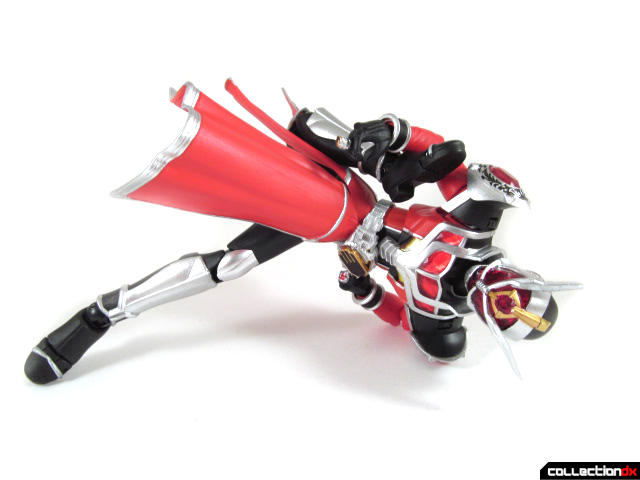 The articulation has been upgraded from earlier Figuarts releases, especially around the neck. There is a series of three ball-joints on the top and bottom of the neck so Wizard can look up, down, and all around with no problems whatsoever! Plus, they've FINALLY developed a way to make shoulder pads work on an action figure. There are several hinges on the inside so I didn't have any problems posing the arms. 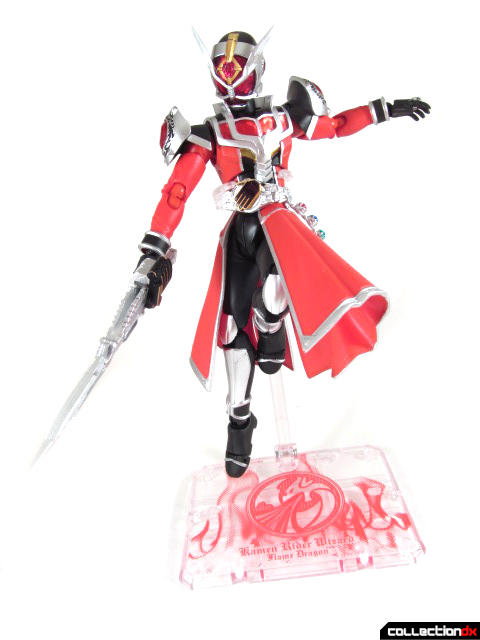 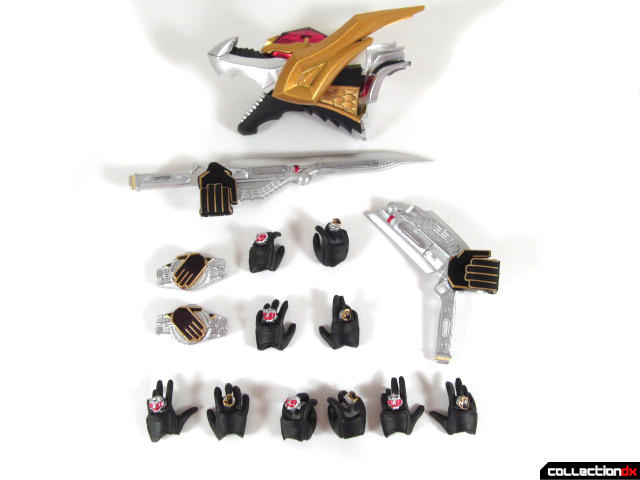 Wizard Flame Dragon also comes with a mountain of accessories! It comes with a Dragon head, WizarGunSword in both Gun and Sword forms, 2 belts, and 6 pairs of hands (fists, holding-things hands, splayed hands, calm hands, hand-shaking hands, and gun-holding hands). It also comes with a personalized Tamashii Stage! 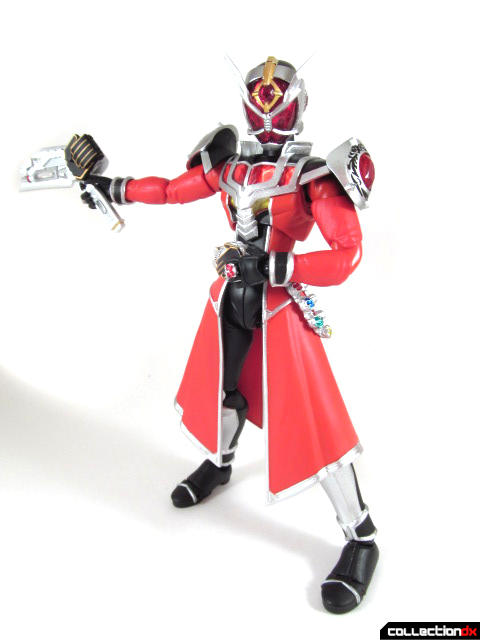 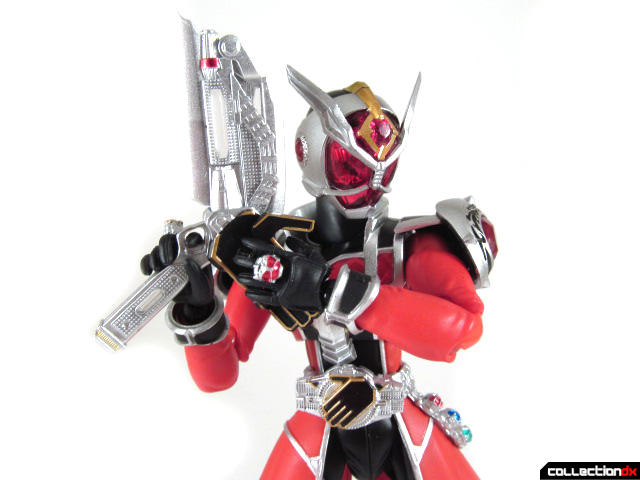 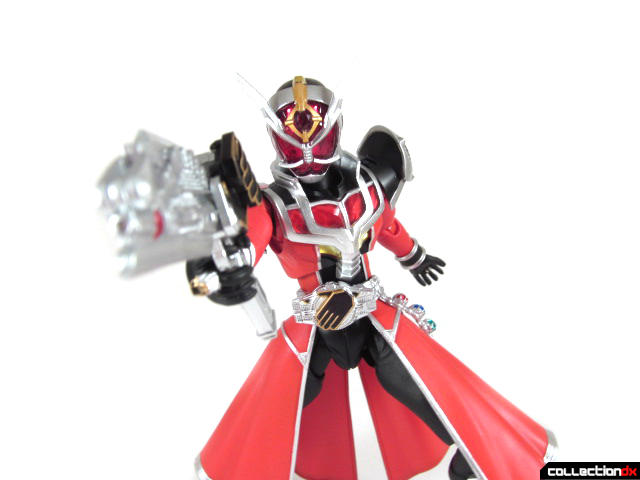 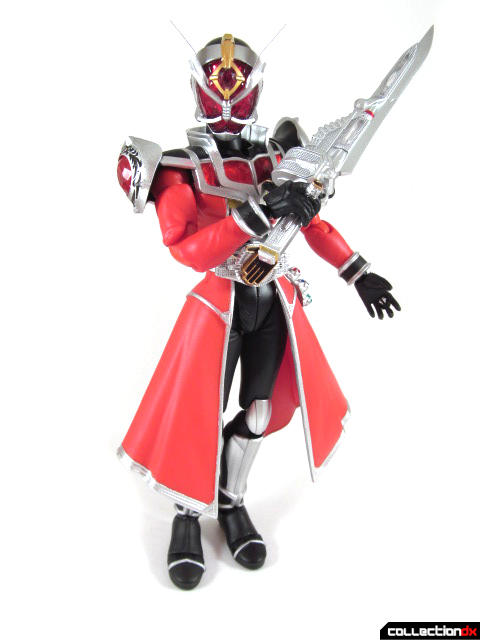 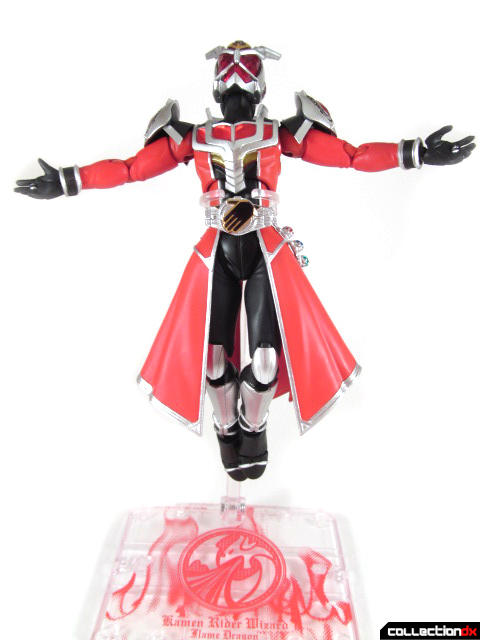 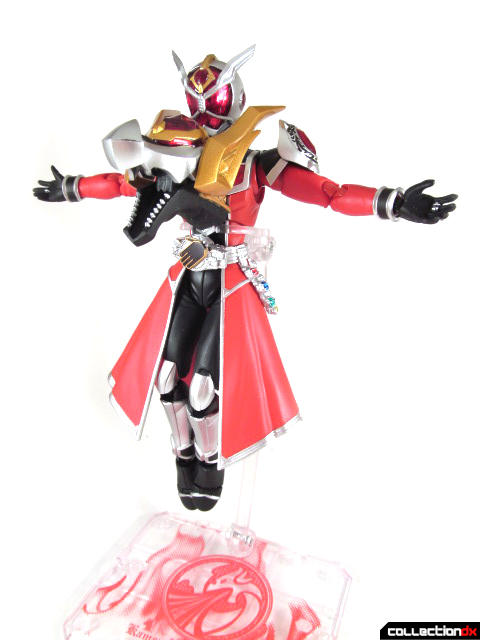 Overall, this is a great piece! The articulation is superb, the accessories work, and it looks awesome on a shelf! Honestly, I'd recommend this guy to ANYONE! Even non-Kamen Rider fans would eat this guy up! Serisously, just do yourself a favor and pick one of these up if possible! 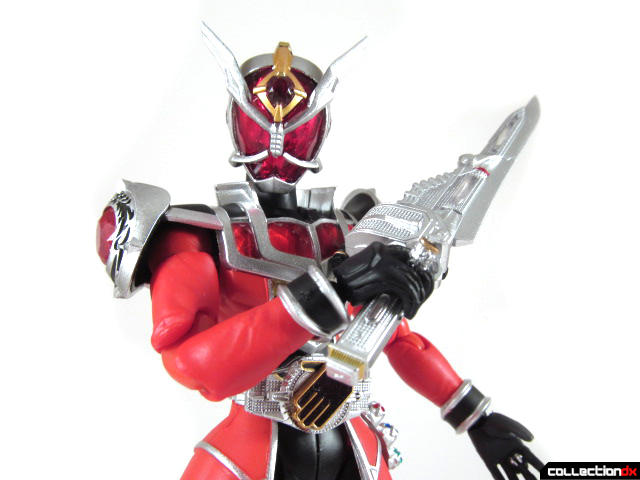