Kamen Rider Den-O is a really fun show. It's all about a guy who fights monsters by being possessed by other monsters! These monsters (called Imagin) often have some great personalities so whenever Ryotaro (our hero) is possessed by one of them hilarity and fun often ensues. However, when Ryutaro is unable to become possessed by his Imagin friends, they must resort to lending him their power from a separate location. This means that Ryutaro must fight using his own knowledge and his own boring personality as KAMEN RIDER DEN-O LINER FORM! 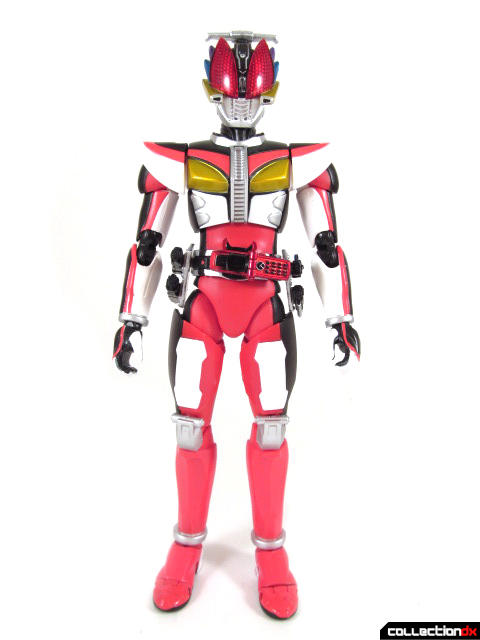 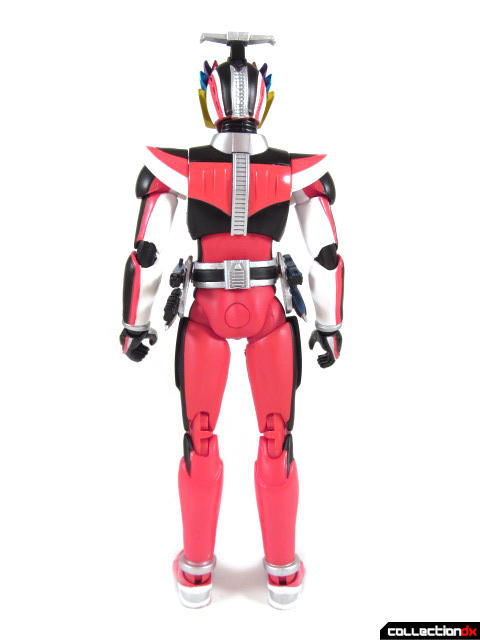 So as you may have guessed, I'm not a huge fan of Liner Form in regards to the show. I find Ryutaro to be a very boring protagonist, and I loved the fact that his personality is overwritten by the Imagin (the real stars of the show). So when none of the humor and quirks of the Imagin are showing through him, it really brings down the show. But hey! I'm not here to critique on Den-O's shortcomings as a series! I'm here to review an ACTION FIGURE! 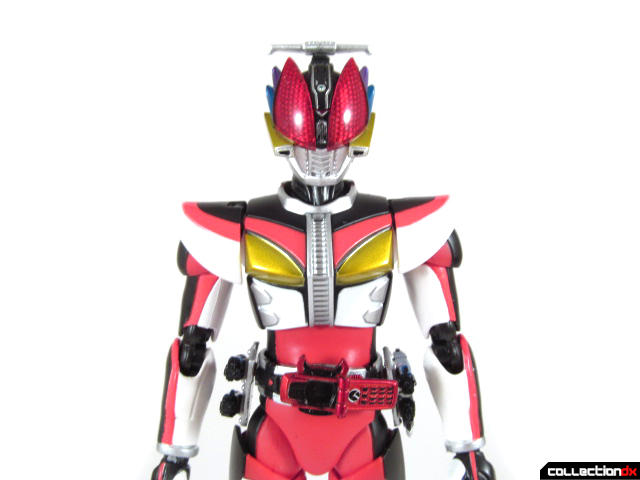 I will say that I love Liner Form's design. The red on the suit is a very nice shade of red! Plus, with all the other colors on him he's like a magic rainbow of plastic manboy stuff! Bandai did a great job molding this suit design to plastic! The colors and accents look fantastic! 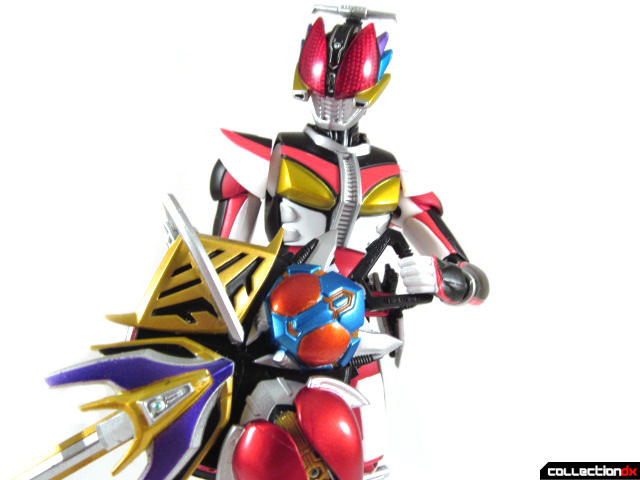 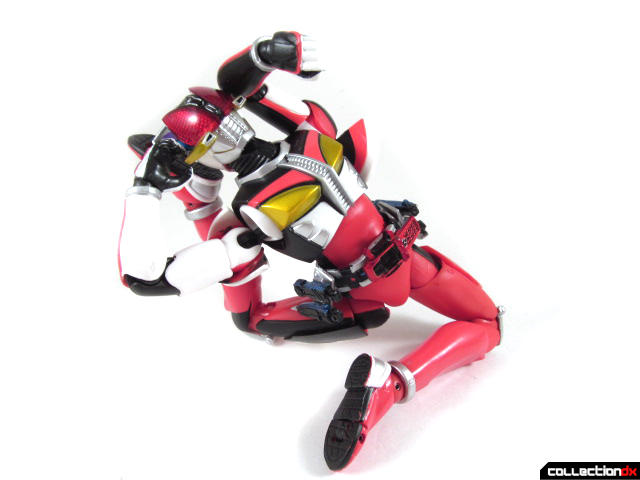 The articulation is standard for Figuarts releases, and completely identical to the previous Den-O Figuarts. There is an abundance of ball-joints and universal joints to make achieving any pose a breeze! Once again, I LOVE the ankle joints on this mold. 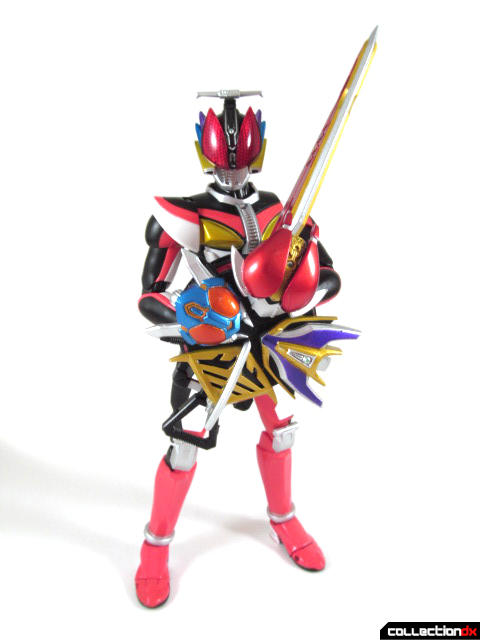 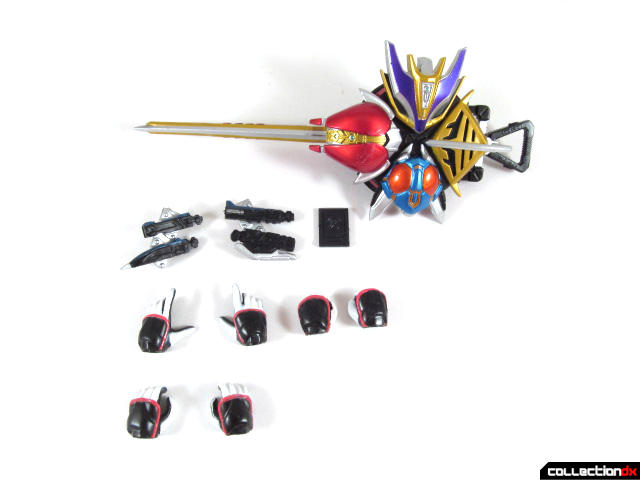 As far as accessories go, he has mostly everything he needs. He comes with the Dengasher holsters, 3 sets of hands (fists, holding-things hands, and open hands), a Rider Pass, and his DenKamen Sword. He doesn't come with a hand for holding the Rider Pass, which is a real shame. 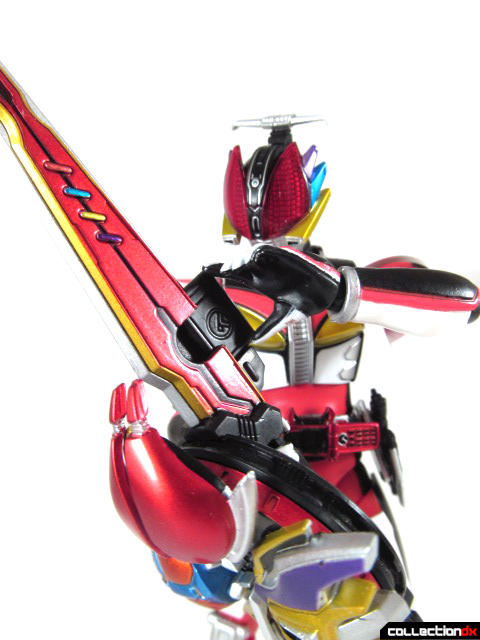 You can sort of fake it when he's inserting the Pass into the DenKamen Sword, but I really would have liked a card-holding hand. 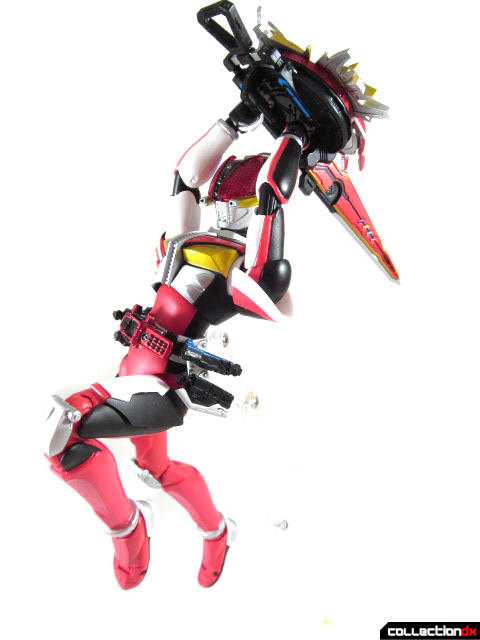 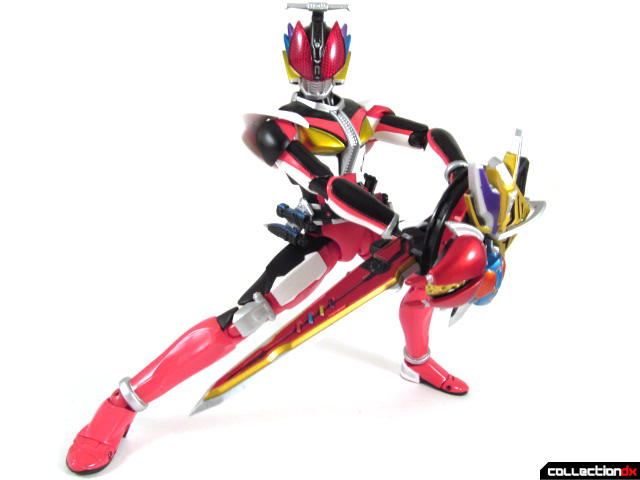 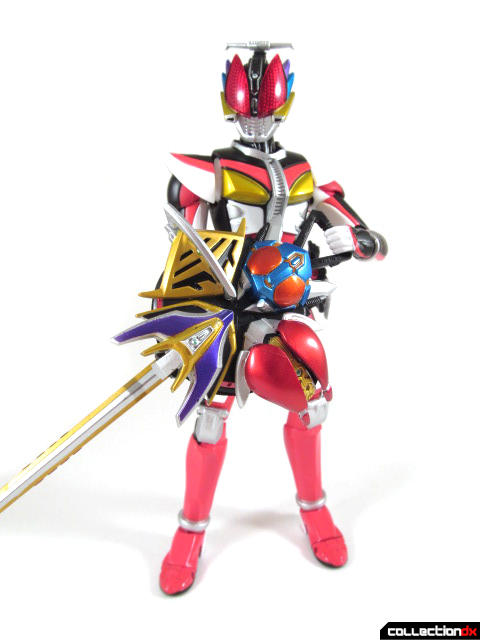 Overall, Liner Form does pretty much anything you would need him to do, and that's what counts. If you're a Den-O completionist or like the design, I'd recommend picking him up. It may be my dislike of his character from the show, but I still feel that the other Den-O releases are much better than him. I probably shouldn't be too hard on him, since not everyone can be as cool as Momotaros or Yuuto. 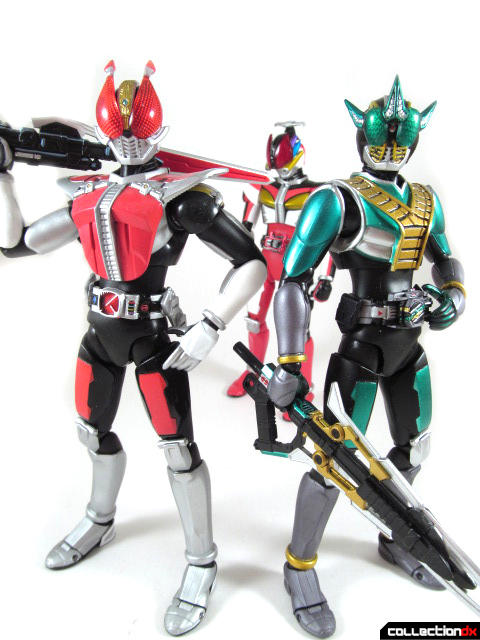 Ryutaro has no sense at all!