As much as I hate the Strike Freedom, I actually really like its counterpart, the Infinite Justice. I'm a pretty big fan of Athrun Zala as a character, and see him as being one of the only likeable and also sane people in the entire show. Plus almost all of his mobile suits were pink. That's cool too.

While the Strike Freedom was primarily just a broken mobile suit that was given mind control lasers, the Infinite Justice was given more melee weapons. But it never really felt unfair. Plus, beam shin blades are freaking awesome (even if they aren't on this toy)! 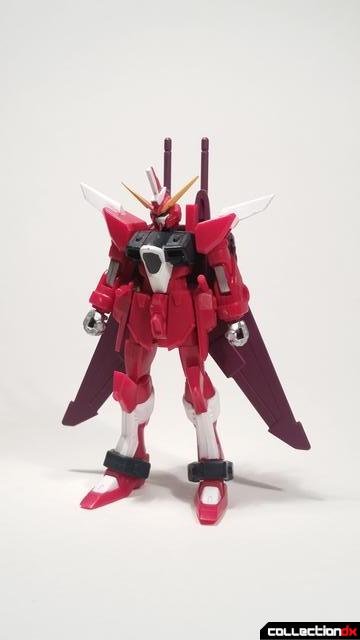 If I could sum up Gundam SEED in a word, it would be "backpacks". And Infinite Justice has a pretty big backpack. It's all been painted purple and is lacking some of the yellow and white that makes it stand out, but it still looks like a solid piece. 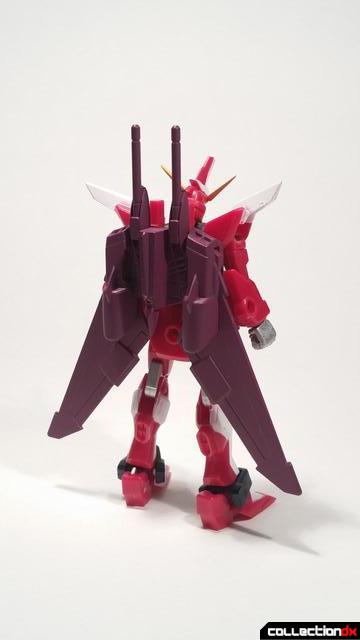 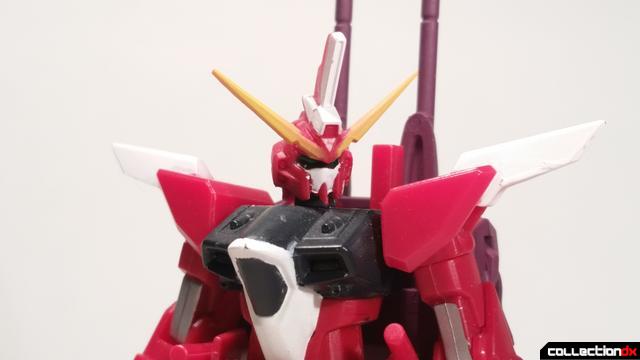 The Infinite Justice's articulation is very similar to the Strike Freedom, but with a wider range of ankle articulation thanks to its slender legs. However, that big backpack does make it rather back heavy so a stand is the ideal way to display it. 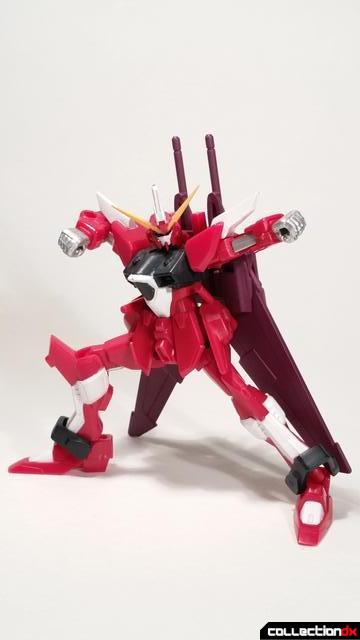 Speaking of display, the backpack can actually shift into its attack mode using a few pegs that tab into the back. The wings can also move in and out as well for an impressive wingspan. 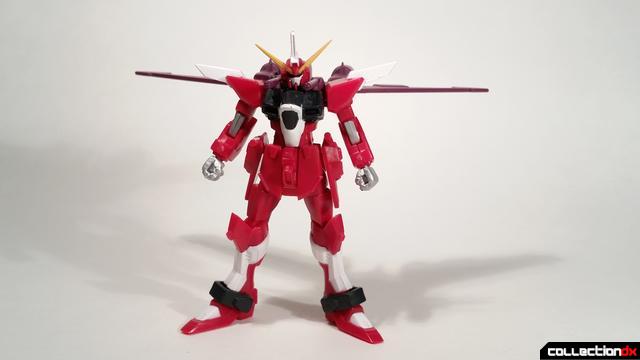 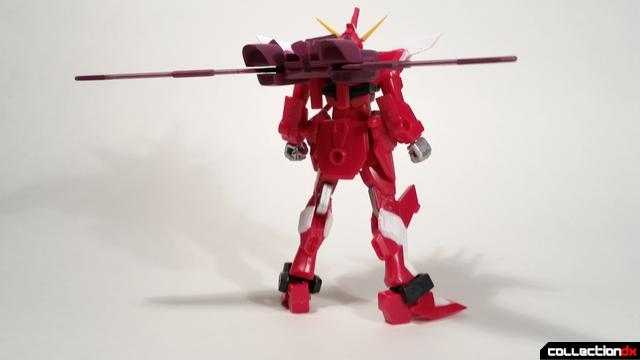 A few of the Infinite Justice's weapons are included, such as the beam rifle, the shield, and another beam saber. 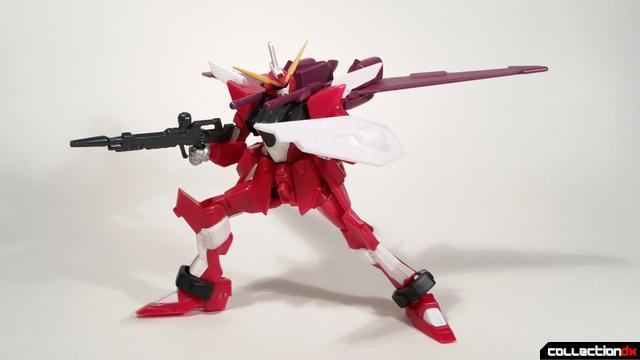 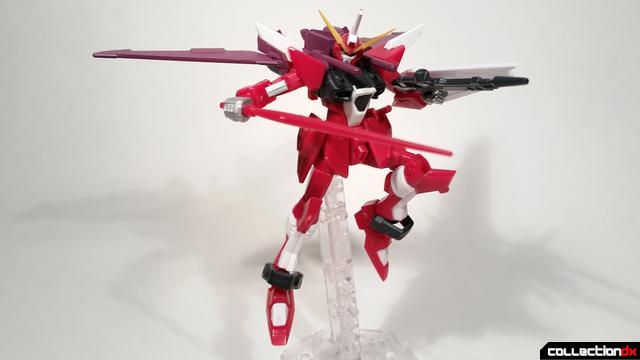 One let down is that you cannot have the Justice fly around on its backpack like a plane. There's no pegs for this and it's a real shame in hindsight. 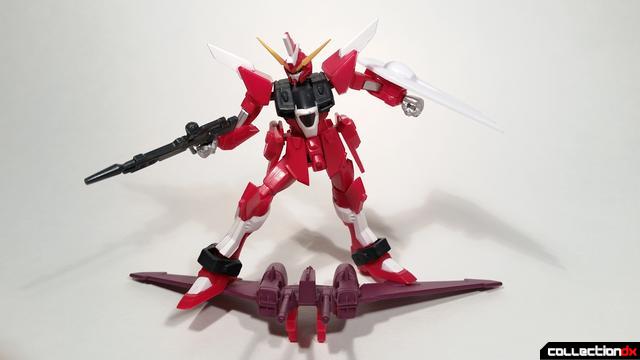 Even though the Strike Freedom isn't allowed to wield two beam sabers in my display, the Infinite Justice gets to do whatever it wants because it made Shinn cry on a rock in space. 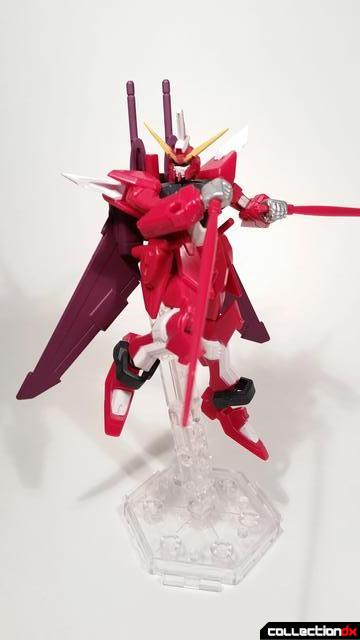 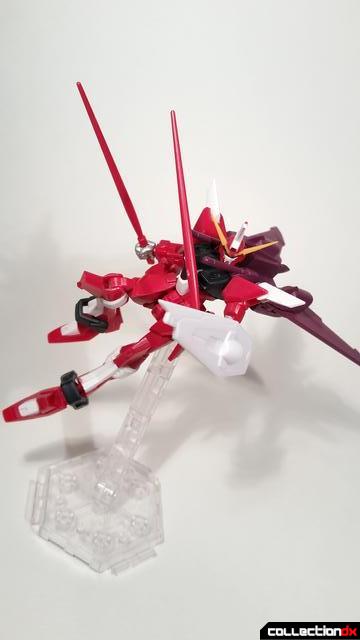 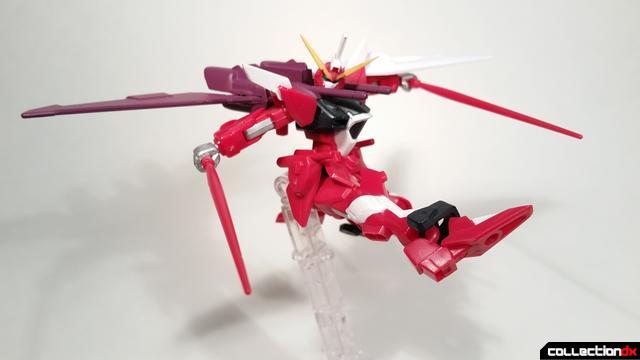 I have a major soft spot for the Infinite Justice, and although this figure is missing a lot of the features of the Justice such as its various beam boomerangs and beam shin blades, it has enough features to make me feel satisfied. It's a great figure with a neat backpack gimmick and loads of display options. Although despite that, I can't say its my favorite figure out of this wave. That one, we'll discuss tomorrow. 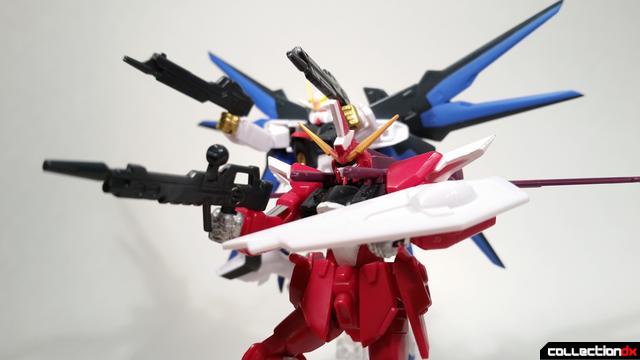 I felt the Infinite Justice was the best of the Overkill models yet it had too much of everything. The Master Grade is still one of the best versions of the design I've ever built.