After giving my girlfriend the My Melody Chogokin figure, I ended up also getting her the Hello Kitty Chogokin too, when I saw one at a good price. But when Josh offered us the Revoltech version as well, we figured we'd check out that one, too.

I have very little personal experience with Revoltech figures outside of the Star Wars REVO Stormtrooper so forgive me if I'm missing something here. I thought the idea of the line was that the figures were super poseable due to their unique joint system. While Hello Kitty does have 5 Revoltech joints, nearly all of the benefit of having them is lost due to the design of the character. With such stubby limbs, there's just not much potential for extreme poses no matter how it's articulated. 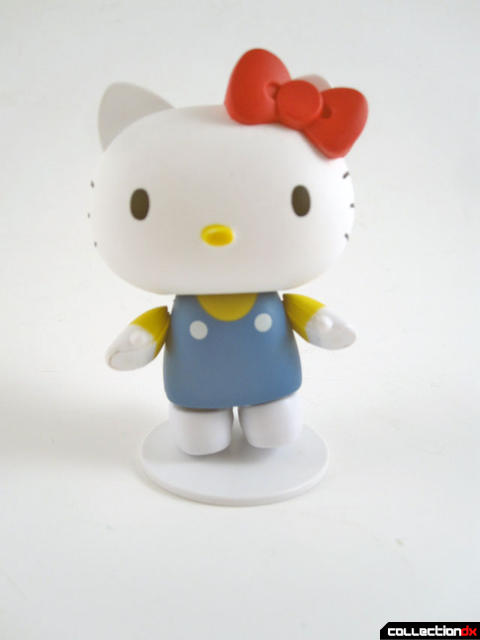 One Revoltech joint is hidden in the neck but besides a small wiggle, you can really only turn the head side to side. Not much advantage here. 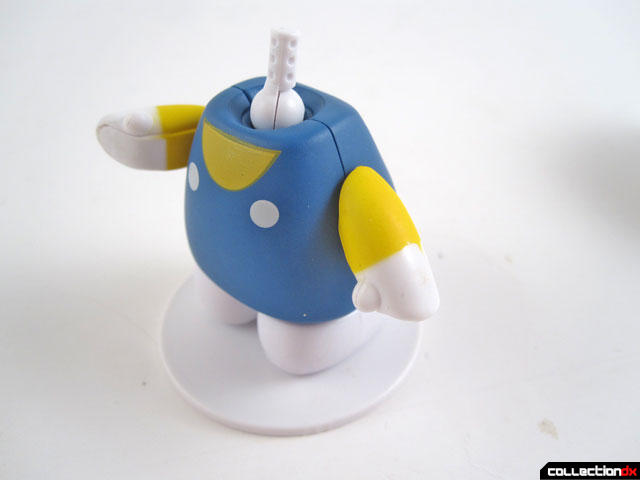 The other joints are on the legs, where a double Revoltech joint is on each so that you can extend her feet and place them in a forward position. This is helpful for a sitting pose or to have her taking a step forward. Otherwise, it looks weird if you see it pulled out so you can see her legs. 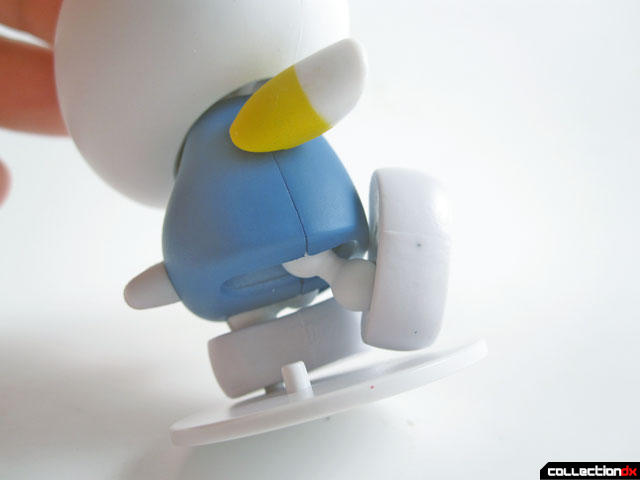 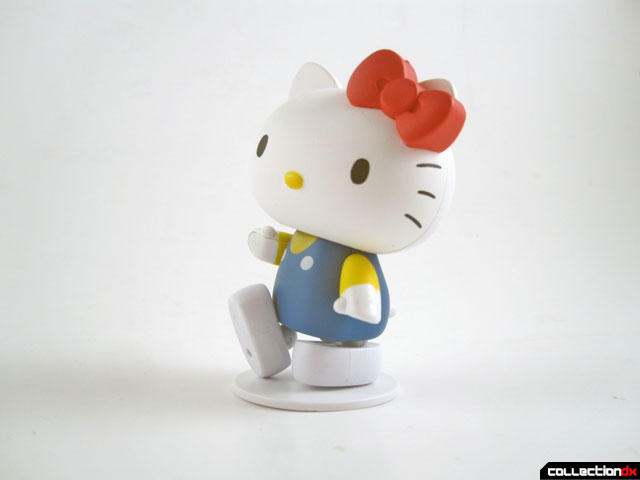 The arms are on regular old swivel joints. 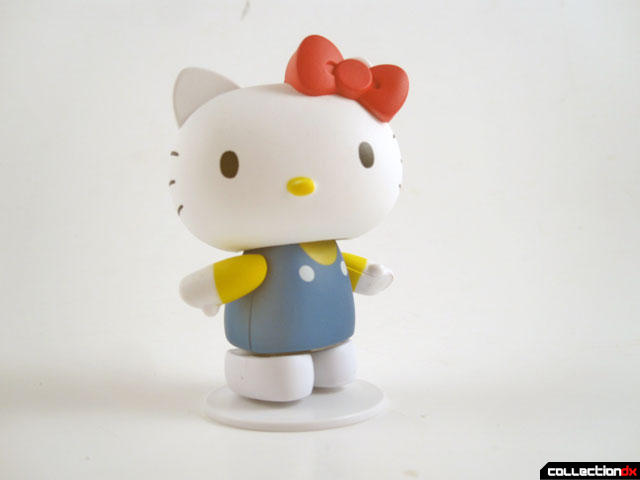 One of the better features that I was unaware of was that there are magnets in her hands so that she can hold her accessories, which are a stand, a crayon and an apple. A small easel is also included for her to draw on. I'm not sure if Revoltecth figures have incorporated a magnemo feature in the past, but here is feels like a nice way to compensate for the lack of articulation. 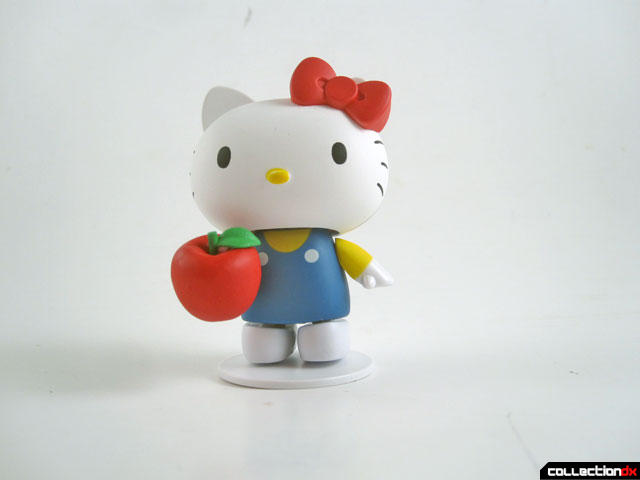 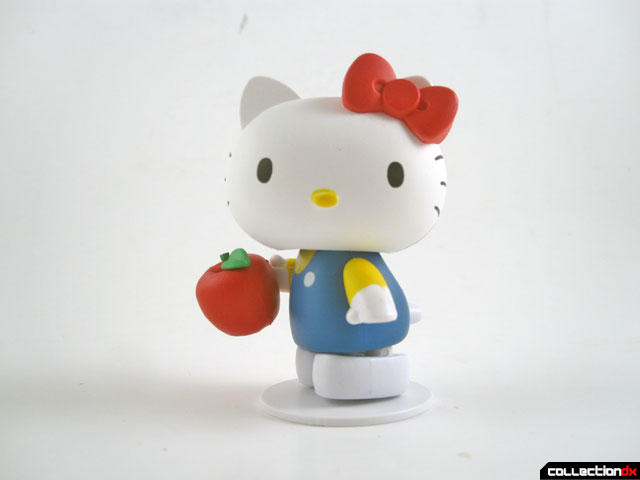 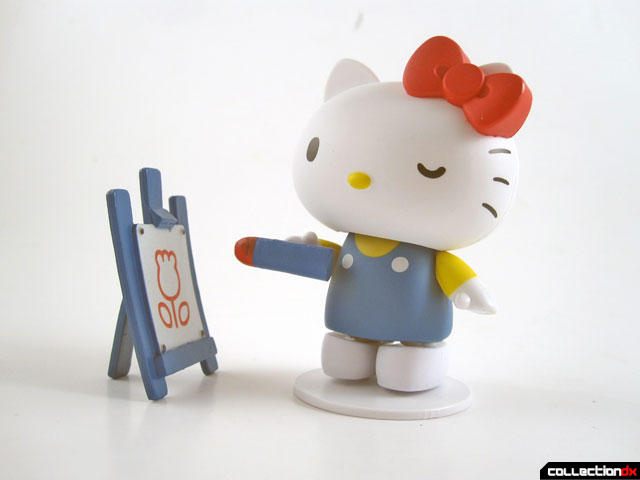 If you noticed her now winking at you in the pictures above, you're not imagining things. She also comes with an extra face that you can swap out. Although you might be able to just pull that right off, it's easier to simply remove the whole head first and then do it so you have more room to work with. 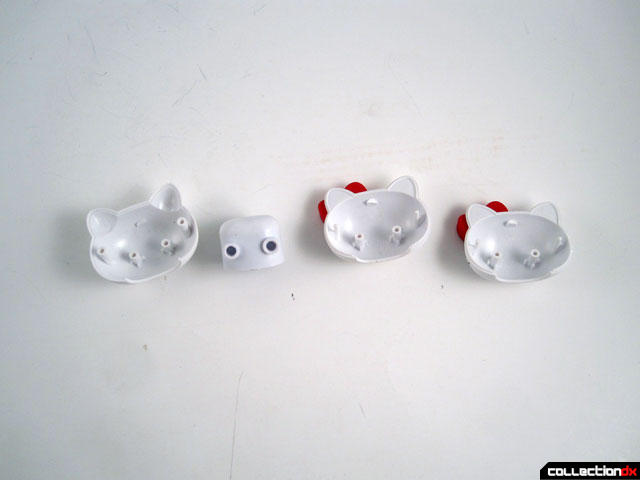 At about 2.5" tall, Hello Kitty is a diminutive toy and comes in a compact box with all her accessories in a plastic tray., which you can see through the window on the front. It's a cute toy of a popular character, but feels out of place in this line. That doesn't make it a bad figure. It just makes it a curious choice to get this treatment. 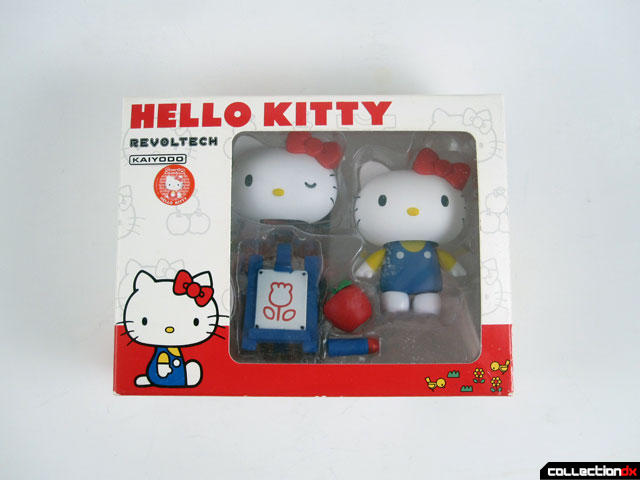 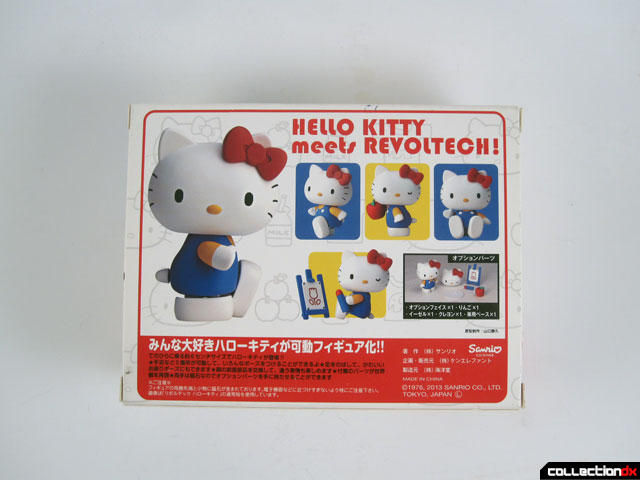 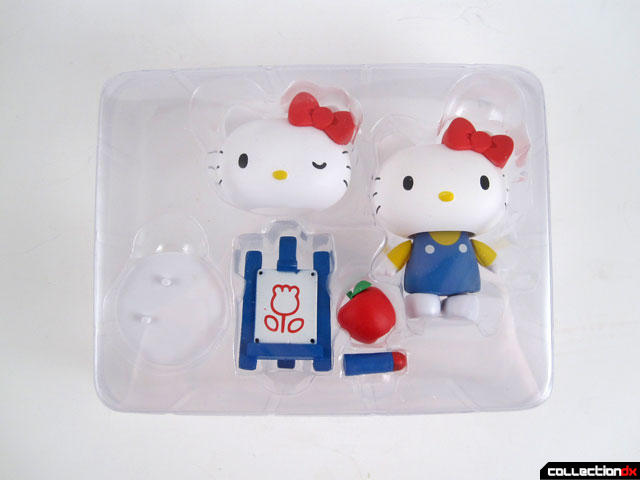 Side by side with the Chogokin Hello Kitty 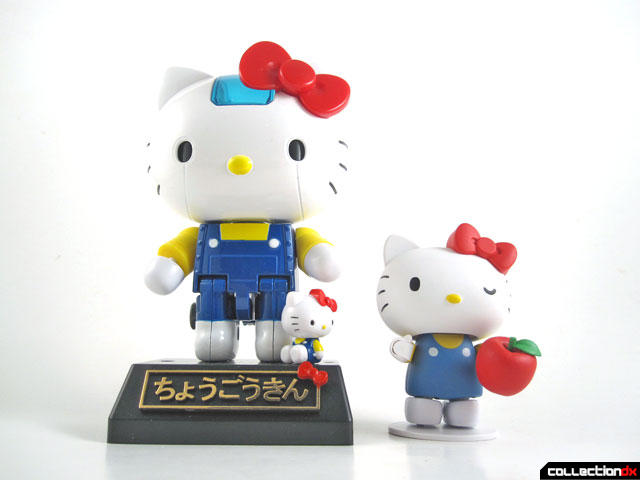