Gundam 0083 was that one show that everyone knew about when I was a kid, but no one had actually watched because it was on late at night. I always remember how everyone thought the GP02 was the coolest Gundam ever because of its ridiculous weaponry. But one year my Aunt brought me an SD Gundam model kit of this thing I had never heard of before: The GP03! Sure, it was SD but it was awesome looking and had this ridiculous spaceship filled with missiles and weapons! I knew in my heart then that the GP03 was my favorite design. At least until I learned about the GP04.

Having another Universal Century design in this wave makes a lot of sense since everything else is from Gundam SEED. Gotta bring in the older fans somehow. 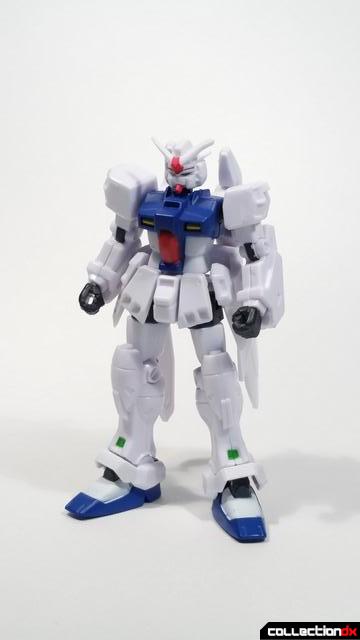 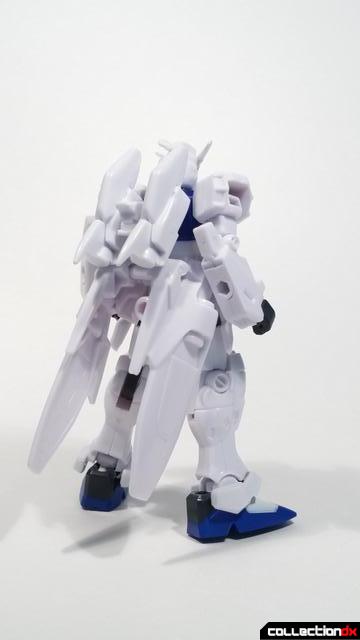 The GP03's clean and standard color scheme is a welcome chance to the flashy colors of the various Cosmic Era designs. It manages to make a pretty generic looking Gundam stand out. 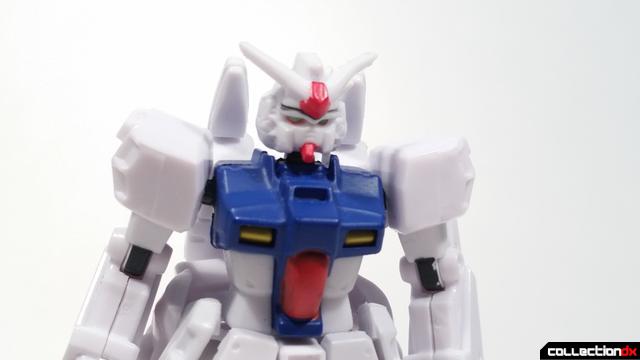 It's clean, but geometric in a way I quite enjoy. 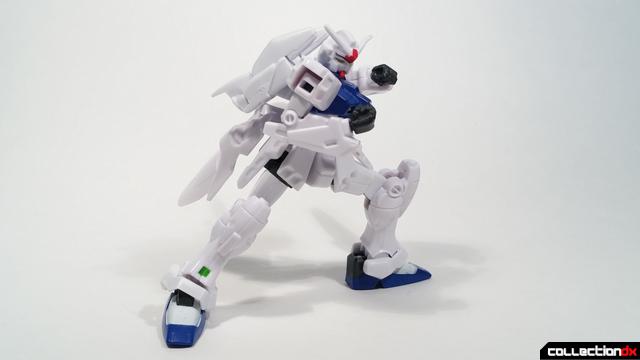 Most of the articulation on the GP03 is standard. However its rear boosters are on ball joints, which are great for poses using stands for aerial displays.

The GP03 has a decent stockpile of weapons. Included are the standard open hands, and also a shield and beam rifle. 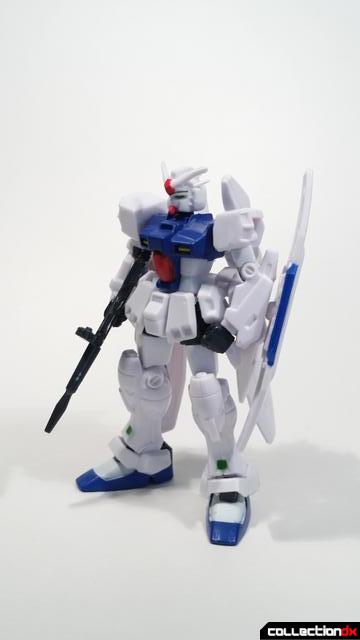 I do wish that the shield pegged into the side of the arm instead of the underside, but that's a minor nitpick. 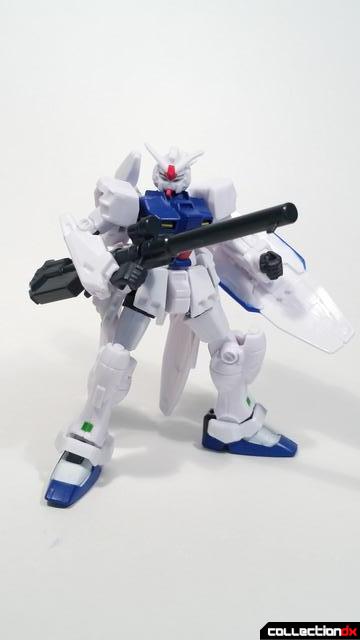 Also included is the GP03's bazooka. A special hand is included to hold the weapon in the right hand. 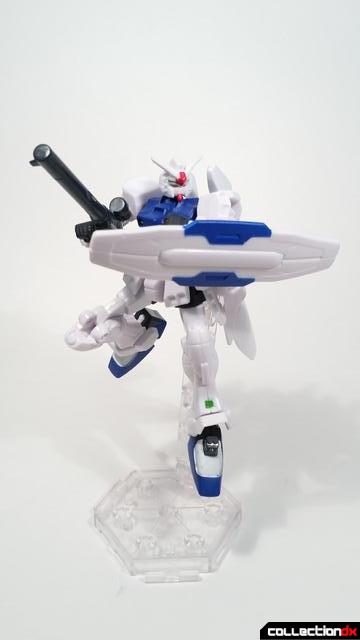 The GP03 manages to look like quite an impressive little Gundam with its weapons and massive boosters. 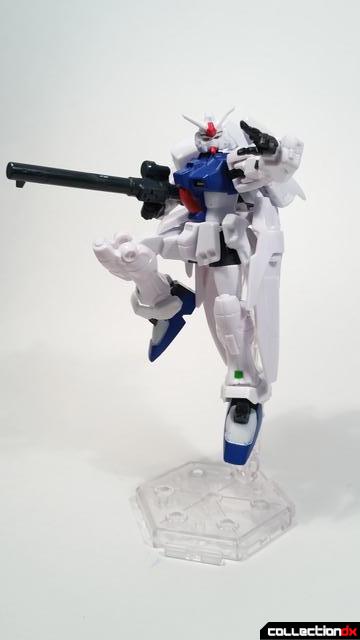 And as before, you can totally borrow one of the other beam sabers from the SEED suits for some melee action. 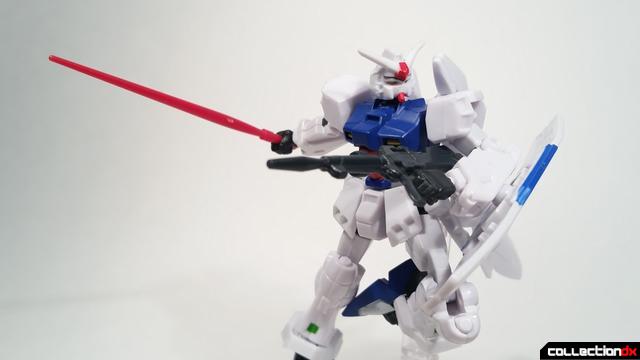 Honestly, this isn't a really exciting figure. It does a lot well, but it's also very plain. What was more exciting about this figure was the mystery behind its inclusion in the line. Were they going to release a giant Orchis mobile armor to go with it?! Well, apparently not then. But hey, if they ever do release another GP03, that seems to always be a good indicator of when something big and expensive is gonna come out soon... 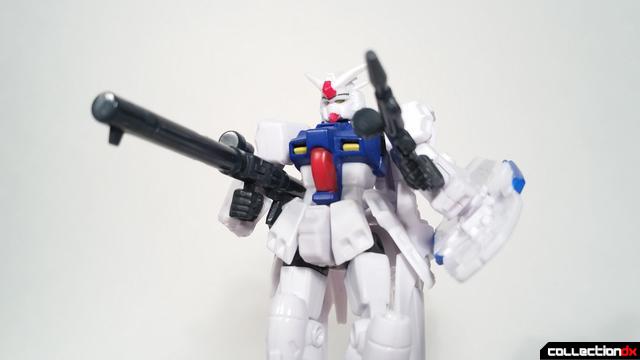 You could probably put this figure in the EX Converge Dendrobium Orchis that's coming out. Shame this figure doesn't have a set of extended forearms though...

I love that SD Dendrobium Orchis kit so much. Definitely my favorite Gundam design from 0083.