Rounding out the second wave of Assault Kingdom is the RX-79 G, or how it's more commonly know, the ground type Gundam. I have a very soft spot for this design. Or at least part of it, because the ground GM was the very first Gunpla that I ever built. It's also the first time I ever superglued my hand shut while trying to fix it later on. So I was quite happy to hear that this figure was apart of the assortment. 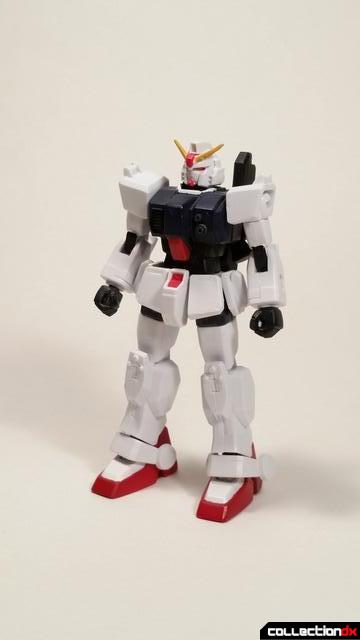 More so than the other designs, I noticed how the Gundam is a bit simplified. It feels blockier than it looks in the lineart or animation. There's also quite a few missing paint applications as well. That's not a bad thing though. I find it gives the toy its own identity. 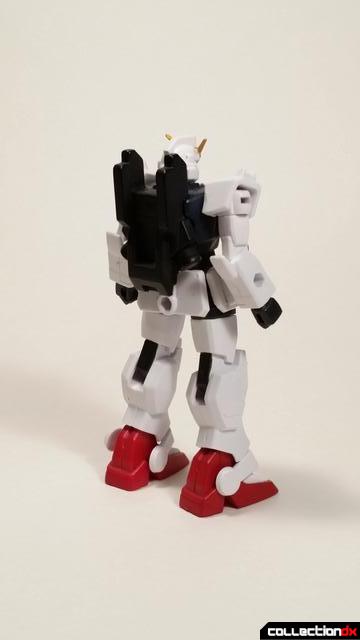 The sculpt is nice, although you can see the paint's a little messy on this one. 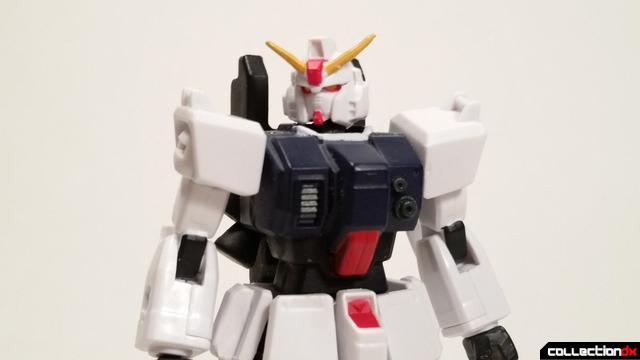 I think the most notable thing about this figure in particular is how the hands are quite different from every other figure. They're much more square, and they have never been used again. Unlike the Unicorn Gundam hands which almost every other figure has now. 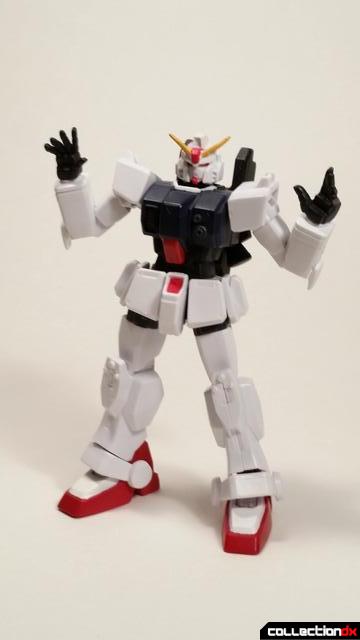 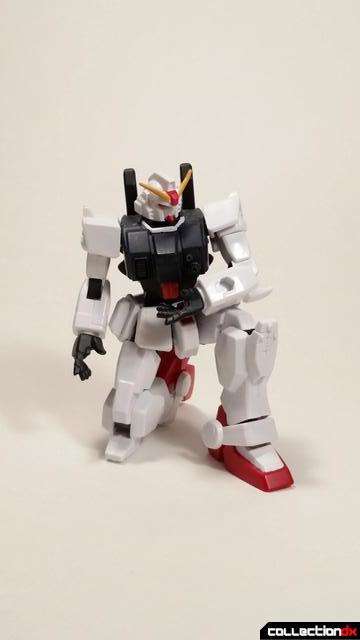 The Ground Gundam comes with all of the essential weapons even though its missing it's giant weapon backpack. It comes with its machine gun and shield. These make great standard weapons for all sorts of poses. 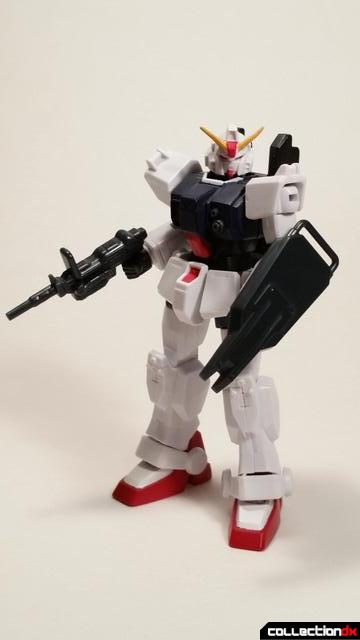 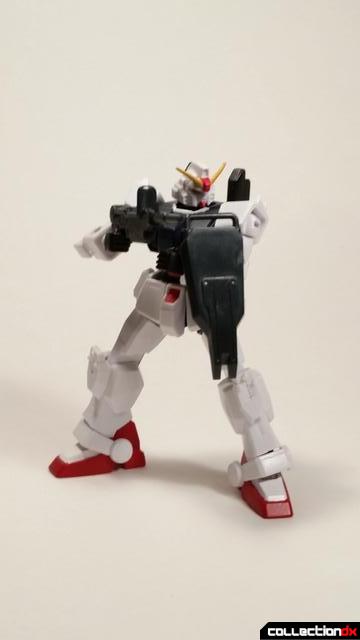 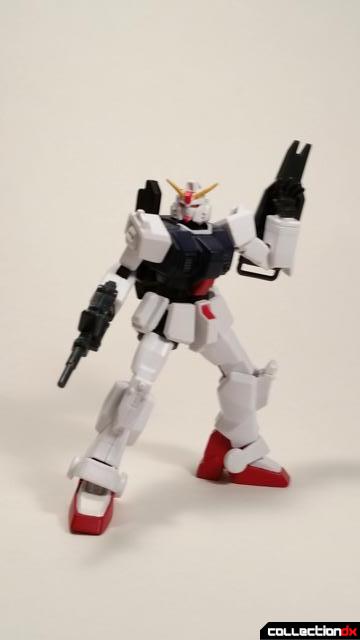 But more importantly, Bandai also included the 180mm cannon! This thing is incredibly huge and such a fun weapon that I wouldn't have figured they would throw in. 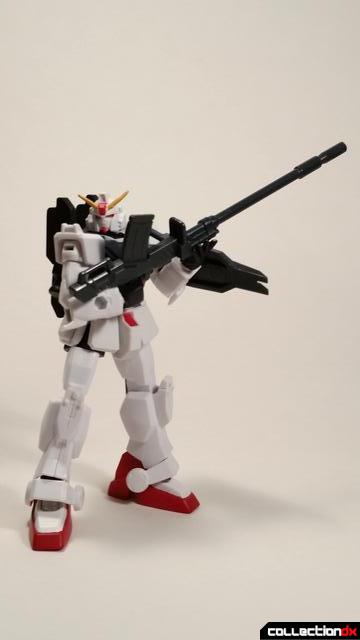 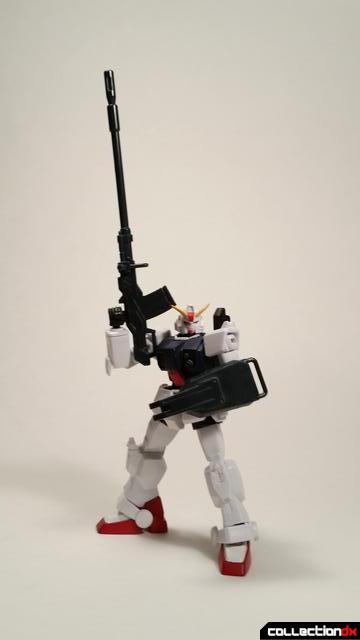 You can two hand it and out of the figures in wave 2 that have this option, the Ground Gundam pulls it off best. 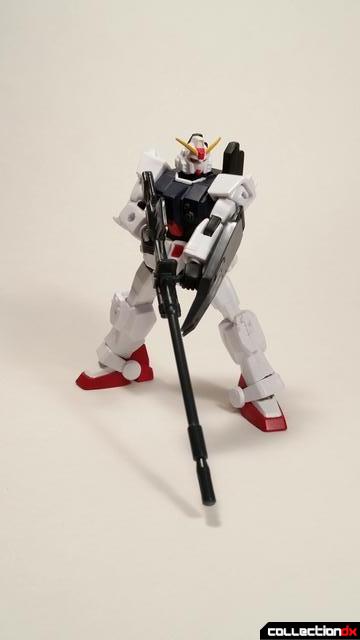 The icing on top of the cherry though, is that you can use the stand pieces included in the set to hold the shield off in order to pull off that iconic pose. 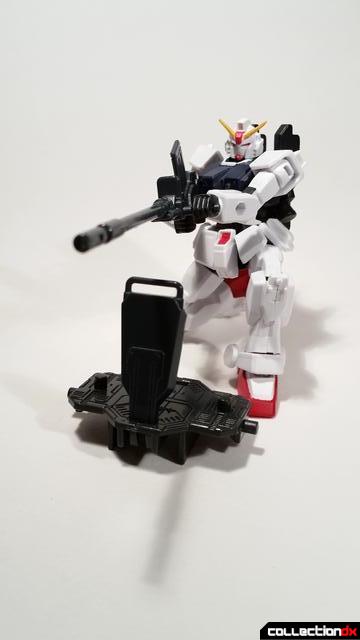 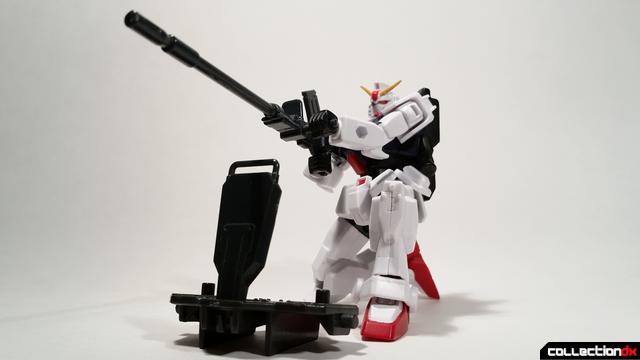 In my memory, I recalled this as being the figure that I was most excited for out of wave 2 of Assault Kingdom, but when I got it in hand I ended up forgetting about it for the Mark II instead. Now that I got to fiddle with it again while taking these pictures, I was reminded what a good release this was in the line, and I regret not getting more. Having a squad of three of these would be quite awesome. Or even better, maybe they'll release a ground GM in the near future! 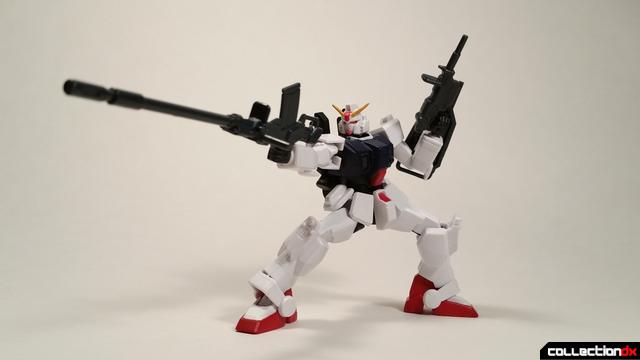 Was never able to catch this one - I should take look at how much it goes for. Now the Ground GM, yeah! I'll jump on that as soon as it's announced.