For those of you who aren't familiar with GG, let me give you a little background.

GG was a punk singer who prided himself on being the most vile individual he could possibly be, taking the punk aesthetic to the extreme. While he never found mainstream success like other "shock rockers", he gained a cult following in punk circles. He lived hard and died young, just like he wanted.

In high school, I dabbled in punk a bit, and had a friend in a punk band. The guitarist in his band sometimes also played in GG's band the Scumfu*ks. Through this connection I heard all the legends about GG Allin.

"I heard GG got naked and took a dump on stage"

"I heard GG was going to kill himself on stage"

Two out of three of these things actually occured."

To me GG's music was terrible. I wasn't that hardcore where I could "get" what he was trying to do. But you had to respect the fact that he put himself out there as a certain kind of person, and he lived that way to his fullest.

This is the second GG Allin bobblehead, the first depicting him nearly naked as he appeared on stage in 1991.

In this iteration, GG had much more clothing on, but still looked like crap.

The box has nice art reminiscent of the punk rock flyers of the early 80s. 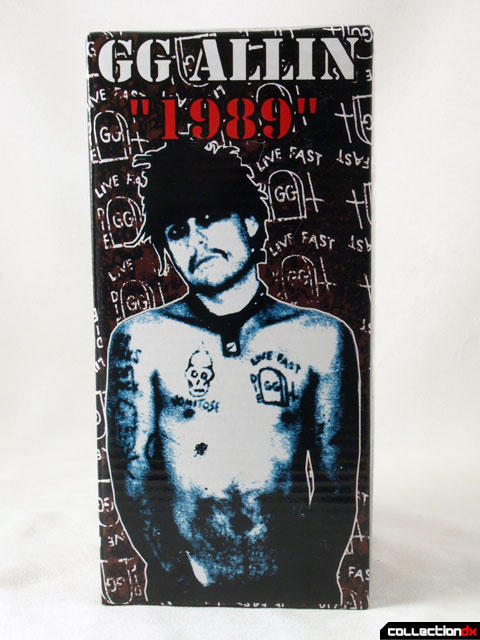 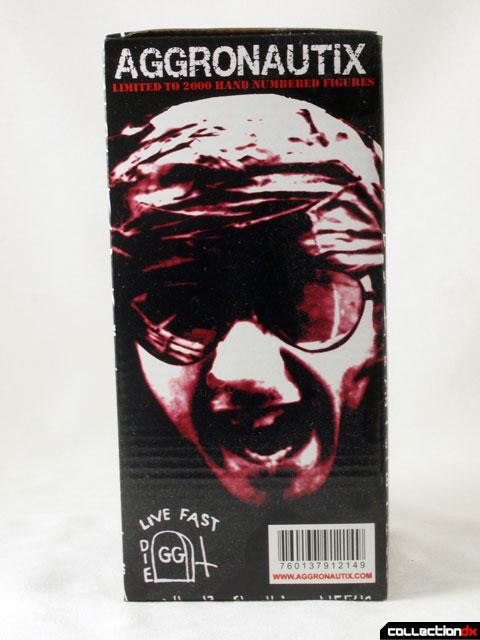 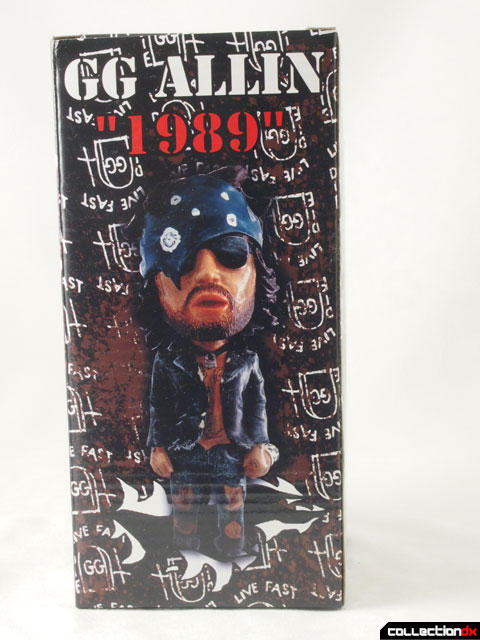 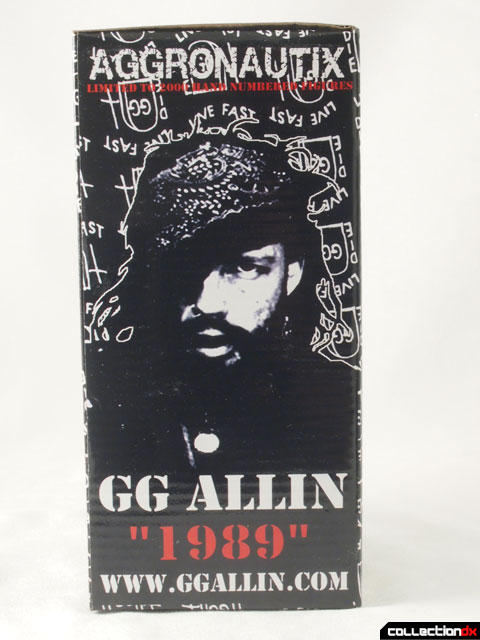 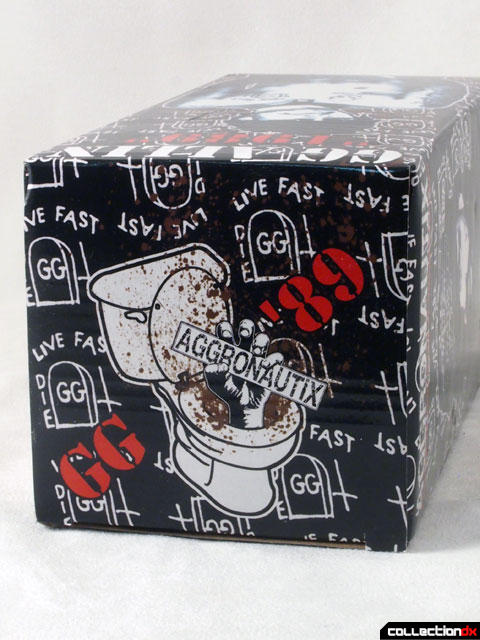 The figure is pretty rough looking, as most of the Aggronautix are. Punk rock bobbleheads deserve a punk rock aesthetic. 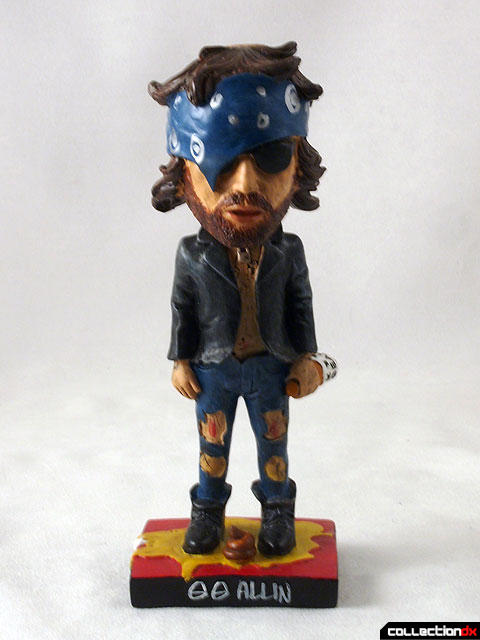 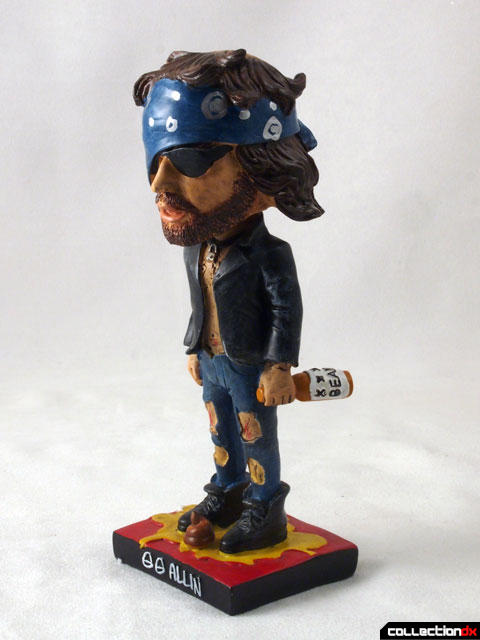 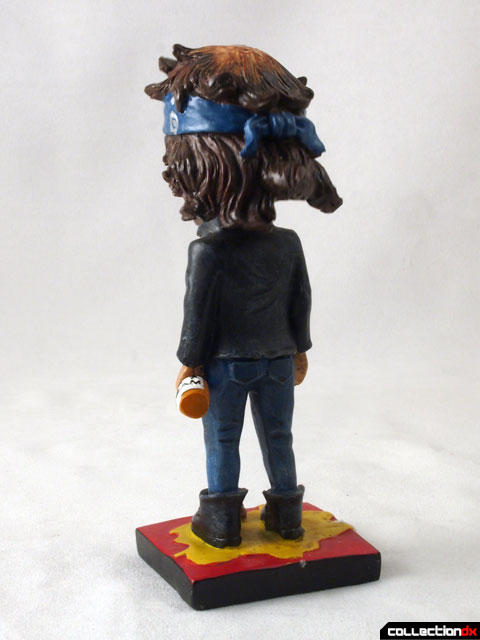 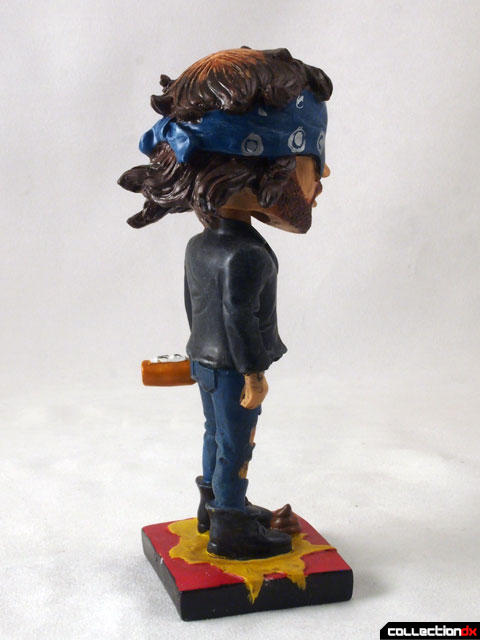 GG is depicted holding a big bottle of alcohol, probably supposed to be Jim Beam. Also note the urine and feces on the base. 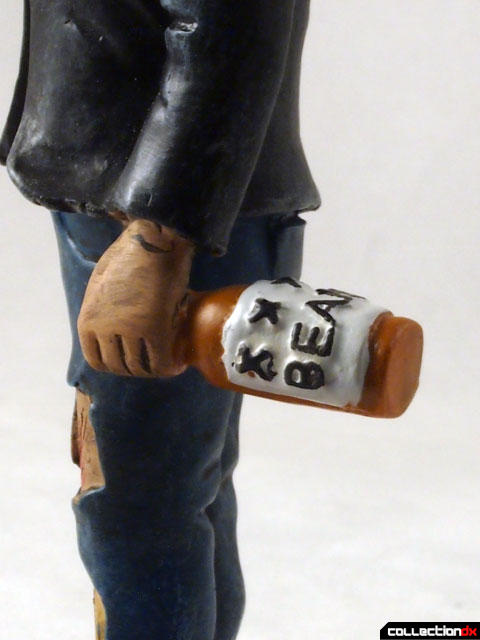 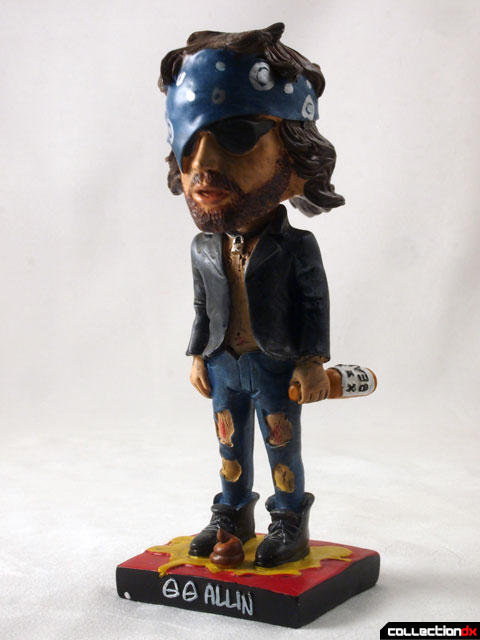 The bottom has a marker denoting the edition number, for all you aging punks. For you, this is your generations Hummel collection. Think about that for a minute. 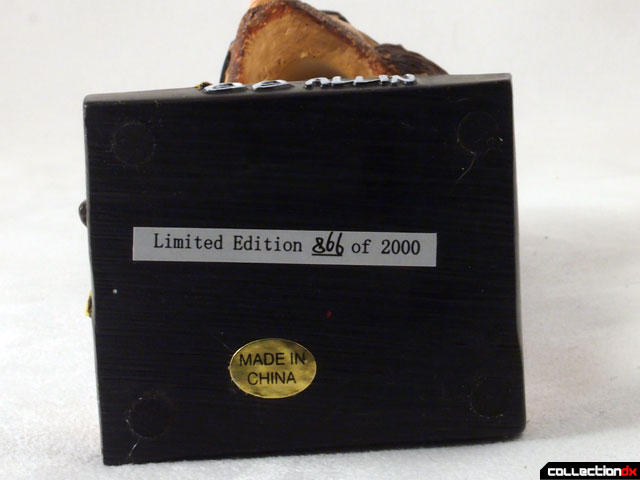 Would GG have approved of this? Probably not. But when is punk ever conventional?

I have mixed feelings about GG. Some of his earlier stuff with the Jabbers is good, old fashioned fun punk rock. But later stuff is garbage. Some stuff he recorded was straight up uncredited ripoffs of other things (including an obscure Mad Magazine single!), too. His antics could be amusing and I can appreciate his authenticity. The dude really lived the way he presented himself, by all accounts. That said, I sincerely hope some of his songs do NOT reflect his true nature. He wrote about some pretty heinous things at times that I hope was done purely for shock value. Ultimately, I feel like he was little more than a spectacle, but one that was kind of entertaining at times, if you were smart enough not to take him seriously. Although I can see the appeal of being such a "free spirit", I worry about people who look at him like some kind of hero. The documentary "Hated: GG Allin and the Murder Junkies" by Todd Phillips is pretty entertaining and illuminating, if you haven't seen it.