Metal Box's first release is the MB-01 Getter Dragon. It is a chibi style version of Getter Dragon. While that release is excellent, I've decided to concentrate this review on the black version of this release. It just hit all the right buttons for me with it's sleek black and gold finish. Black/Gold versions of robots goes back to the vintage chogokins like Reideen and Daltanious and many more. Without further ado, here is Getter Dragon Black keeping that tradition going.

The release comes in the same box as the regular release. The only difference being the Special Edition sticker located on the lower right of the box that allows you to distinguish this one from the regular version. 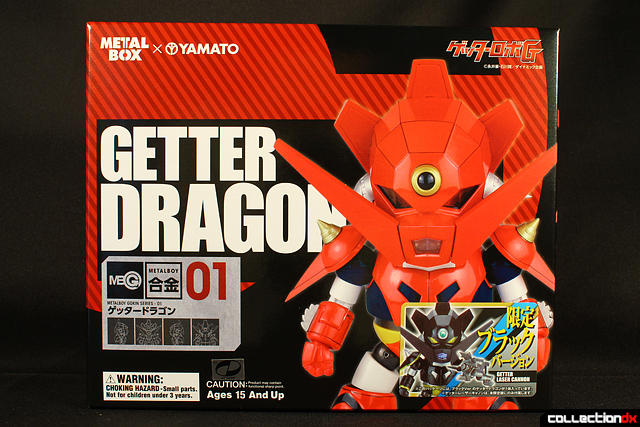 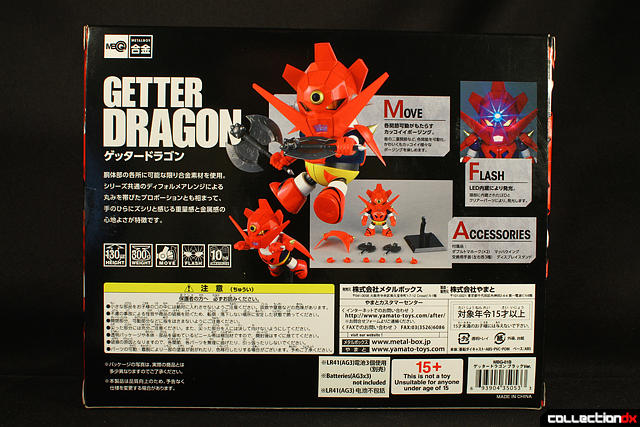 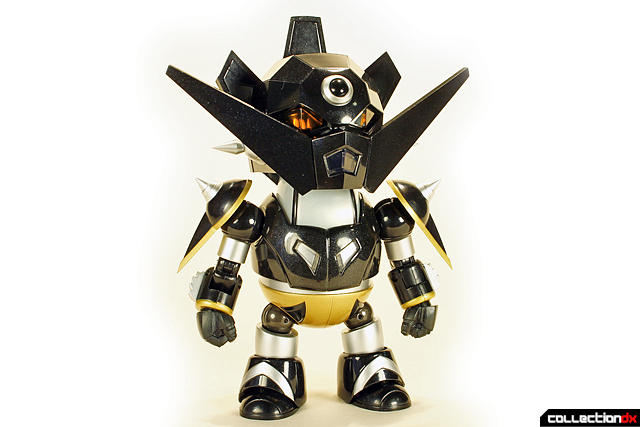 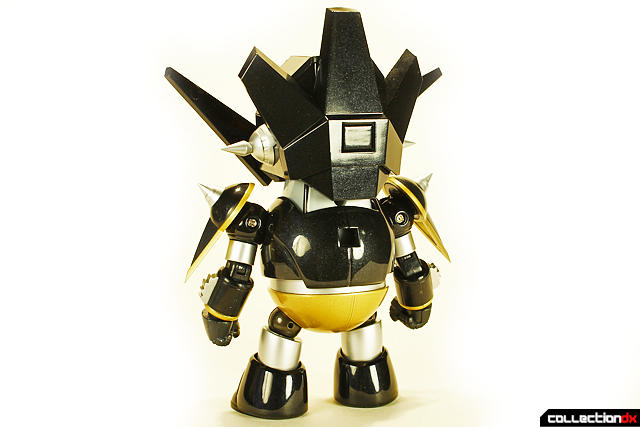 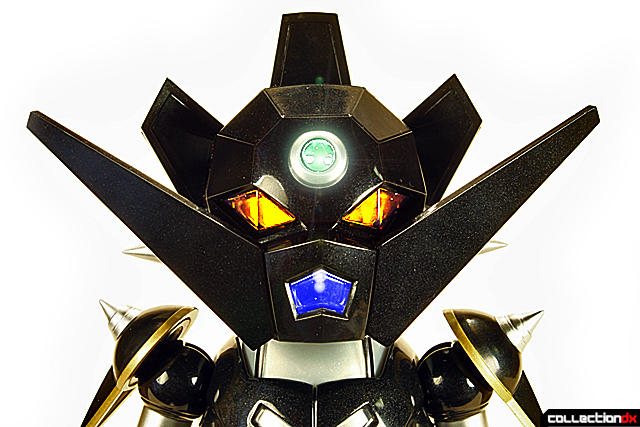 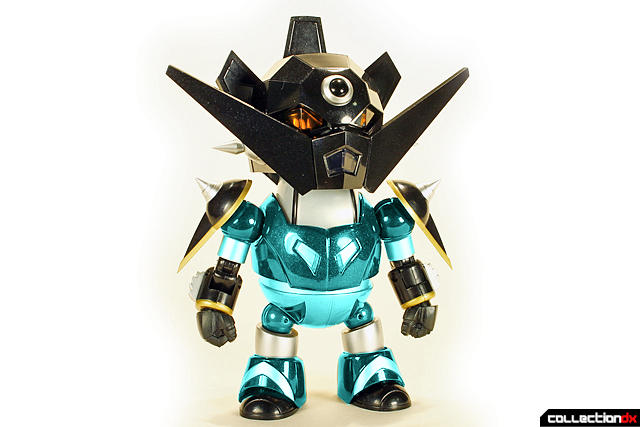 Getter Dragon comes with standard fists out of the box. He also has a pair of pointing hands, a pair of weapon-holding fists and a pair of relaxed hands. 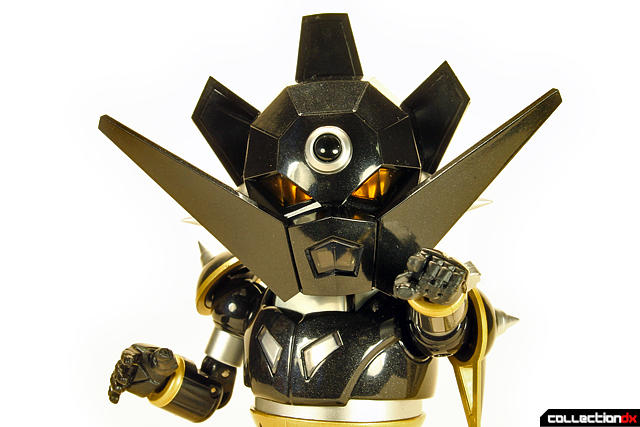 He also has a pair of Tomahawks. To use them, you remove the bladed end from the handle. Insert the handle through the optional weapon-holding fists and reattach the blade. Here he is shown using the included stand. 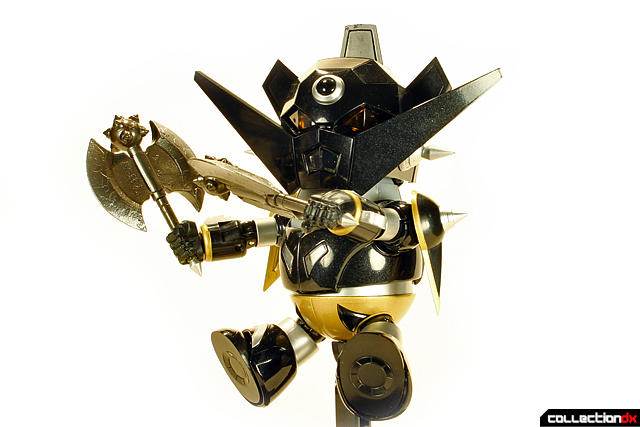 This set includes a cape called the Mach Wing which requires removal of the standard shoulder armor pieces. The cape has built in shoulder armor that floats above the shoulders. The cape is made of rigid high quality metallic black plastic with gold painted trim. 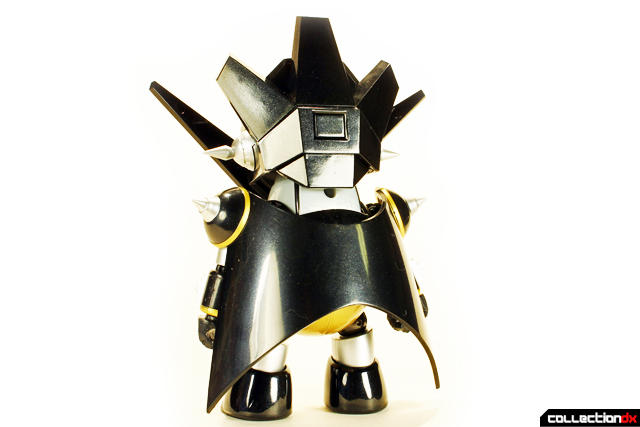 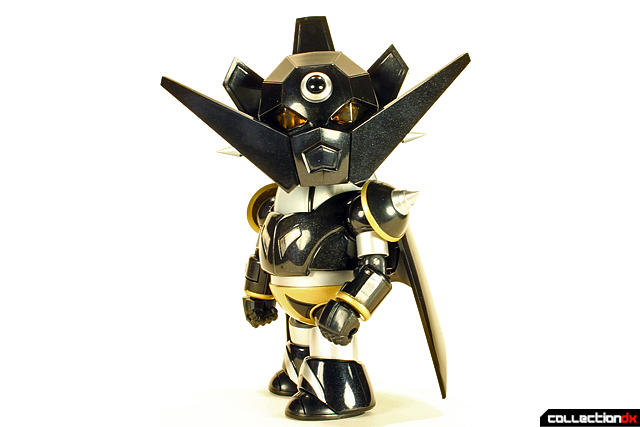 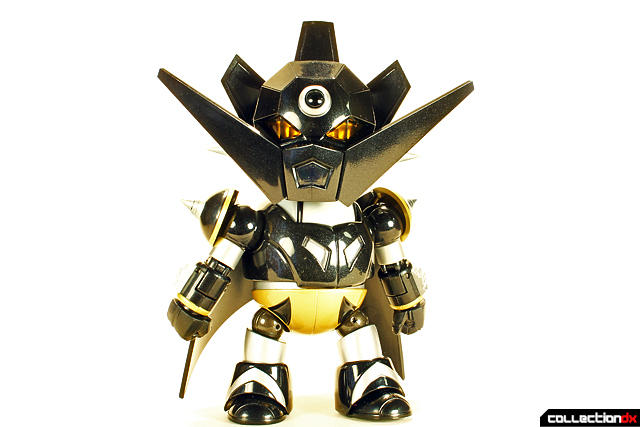 The included stand can be used for flight pose. 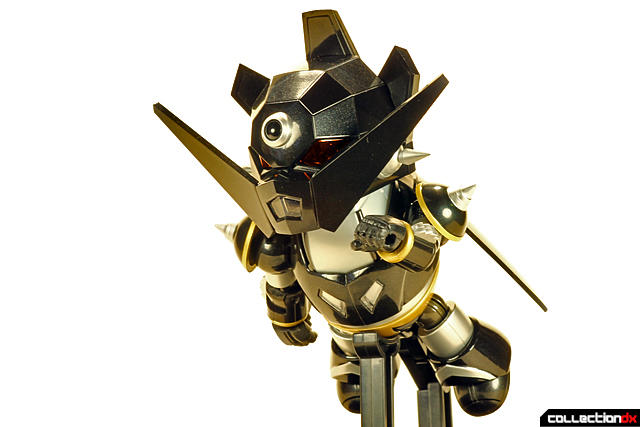 If the black and gold color doesn't justify the purchase of another Getter Dragon, how about the fact that this version includes the Getter Laser Cannon? I'm sure some people will feel cheated by the inclusion of this is the alternate color version of this release. Surely an incentive to buy the repaint. 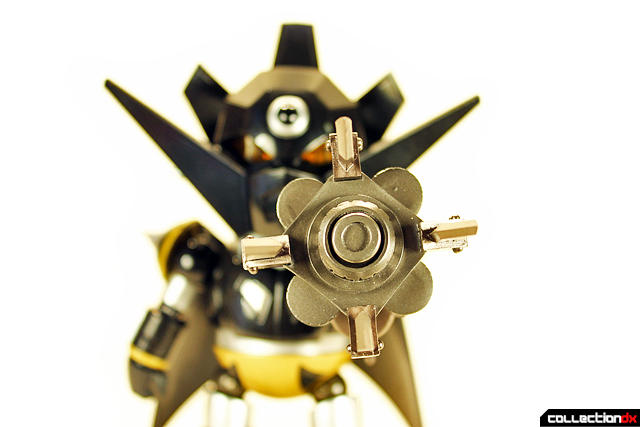 The cannon is made of a thick PVC and requires removal of a small section of the cannon for attachment to the hand. After inserting handle, said piece is reattached. 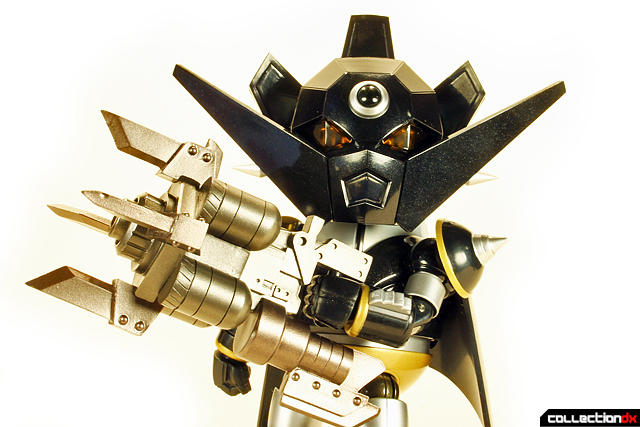 What started as a scale comparison, ended as a showdown between Pheyden and Getter Dragon! 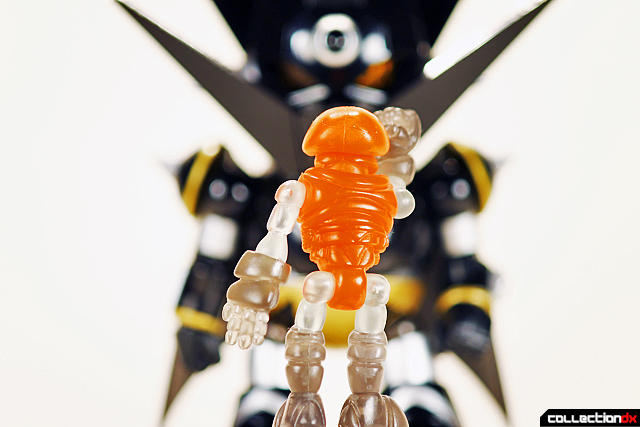 I have to say that this line is going to give the ES Gokin a run for their money. The size and diecast content of the MB releases so far go beyond what the ES Gokin line is currently offering. I have the regular version of this set and the introduction of a black repaint was a no-brainer for me since I was very impressed with the regular version. The build quality, finish, Articulation, diecast content and overall execution was enough to warrant buying the black set. Those who can't or refuse to buy this alternate color may be a little miffed that the Laser Cannon was included in this set. I however, couldn't resist. I am going to assume this black version trend will continue since the MB-02 Grendizer is also due for a black version release. To that I say, bring it on!