The world of Gundam candy toys continues to fuel my want for both cheap toys and Gundam toys at the same time. The newest line that I'm into this time? FW Converge.

FW Converge is a candy toy line put out by Bandai with super basic figures of Gundam mobile suits done in a slightly SD style. I say slightly because compared to the standard BB Senshi figure form, this is a bit more well proportioned, but still undeniably SD. I find it pretty similar to the proportions that a lot of robots currently have in the modern Super Robot Wars video games. 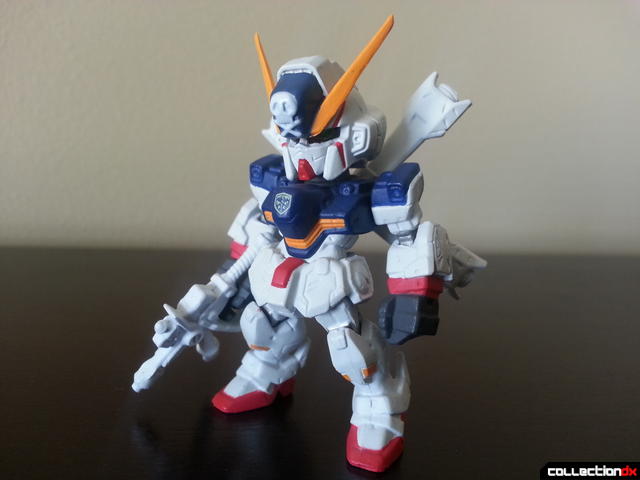 I just happened to be in my local hobby shop one day when I saw these on the counter and decided to pick one up at random. These are the sorts of toys that you always see on Japanese or Chinese toy news websites, but people seem to so rarely care about, so my curiosity got the better of me and I was pleasantly pleased. 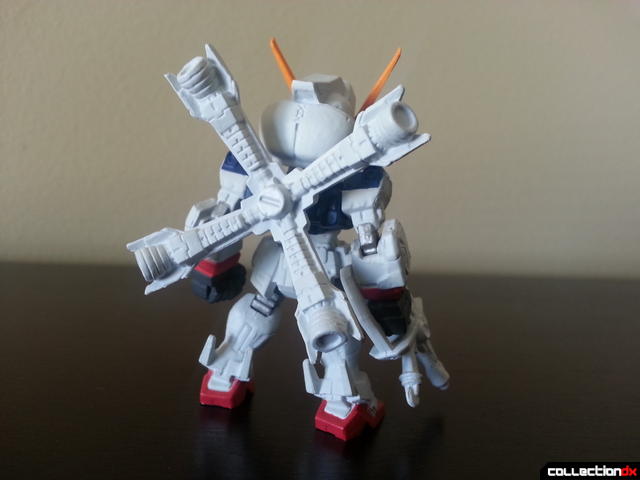 It's a simple figure that's molded in PVC that's surprisingly well detailed for its size. There's loads of sculpted detail everywhere and the paint application for a $5.00 toy is pretty tight. 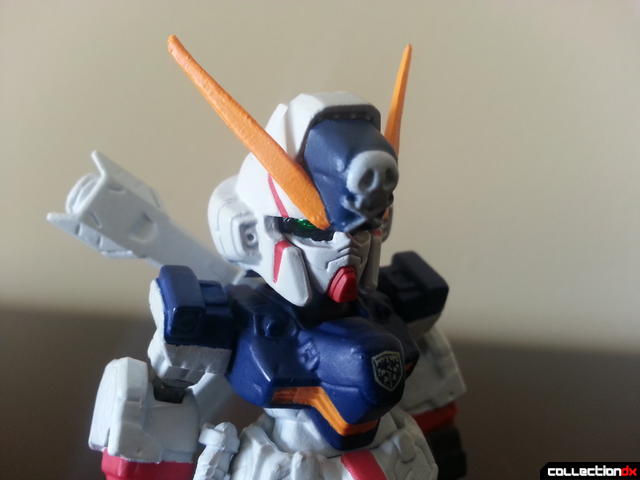 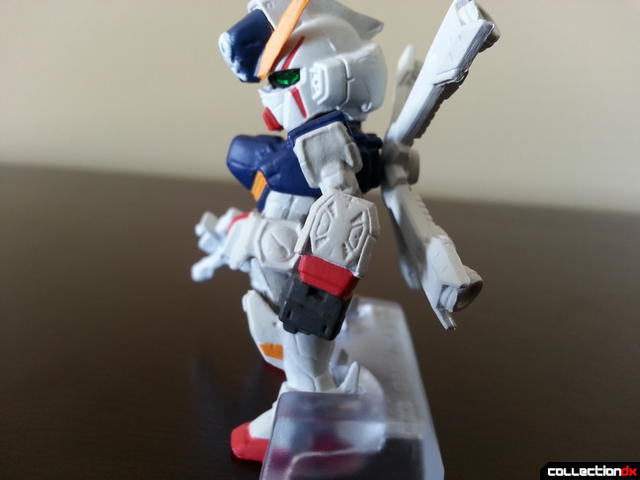 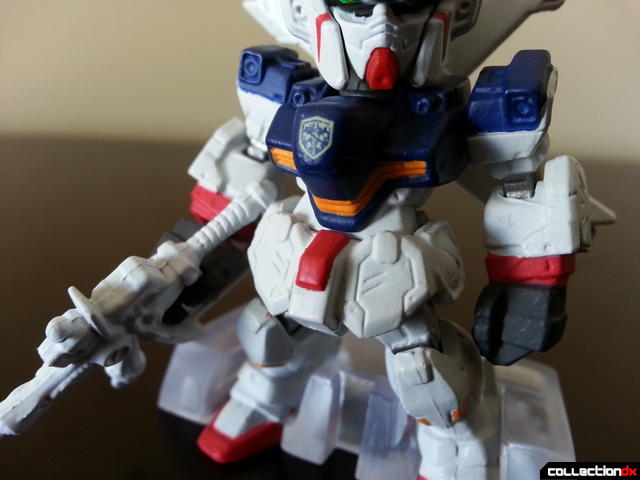 The articulation is pretty basic and mostly for assembly, but it does bring a little bit of personality to the toy. The arms swivel, the head turns, and the arm holding the beam rifle also swivels at the wrist. Not a lot, but enough to make him fun to fiddle with . 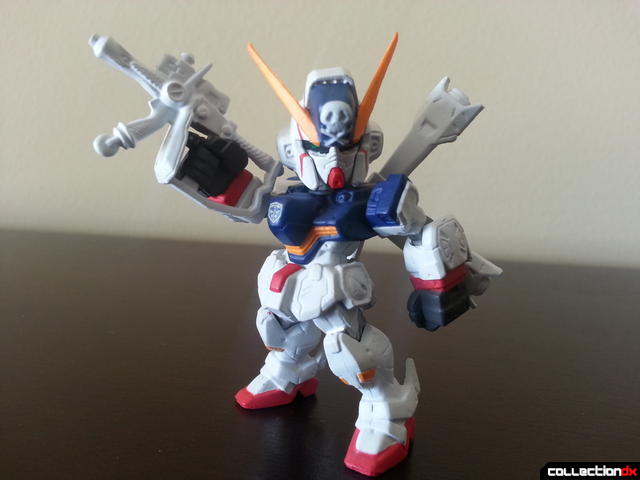 Also included is a piece of clear plastic designed to hold the figure down. Honestly though, the toy doesn't need it at all. 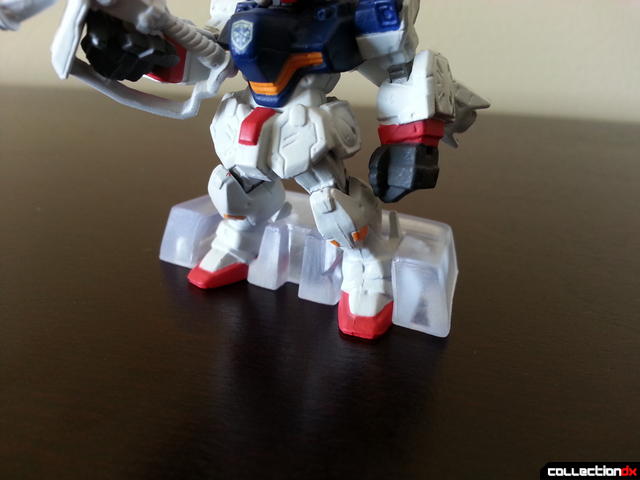 For size comparison, here the Crossbone Gundam is next to an Assault Kingdom figure and your standard Glyos figure. So pretty small and adorably sized for a candy toy. 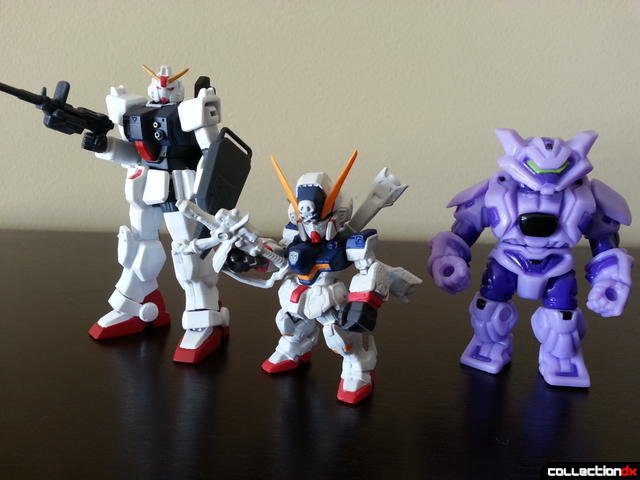 There's not much to say about these. They're simple, fun, and there's loads of them. Crossbone Gundam is from series 12, and series 14 is just about to come out in Japan too! It's worth noting that the FW Converge series is being distributed in the US by Bluefin  Distributions. So if you want to see these in stores, let you local comic shops and hobby stores know. They're worth your time. 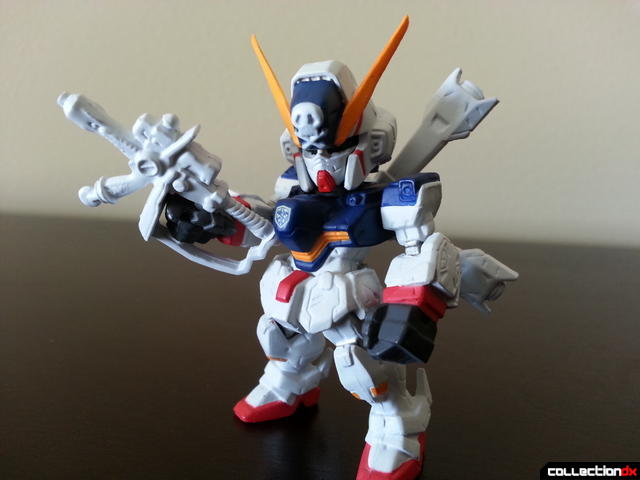