The giant plant / kaiju hybrid Biollante comes from the 1989 Godzilla film Godzilla Vs. Biollante. In the film, Godzilla fights a new kaiju named Biollante - a monster made of the cells of Godzilla and a psychic rose. Or something like that. It’s not important. What is important is that Biollante is a cool, gigantic kaiju villain and it’s brought to you in toy form from Bandai as part of the S.H.MonsterArts line. 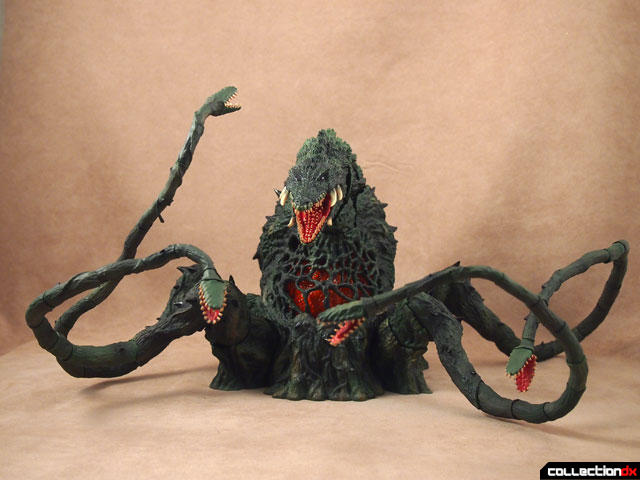 Biollante arrives courtesy of Bluefin Tamashii Nations. Get yours today.

We first saw the prototype of Biollante in 2012 there was question if it was even going to be produced. Luckily through fan response due to appearances at various conventions in the US, Biollante became a production piece with regular release in the US and as a limited web shop release in Japan. 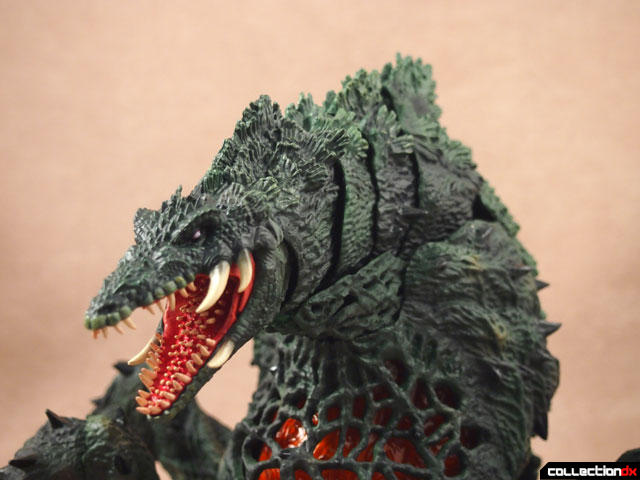 The box for Biollante is huge, probably the biggest in the MonsterArts line so far. Like other Tamashii Web Exclusives, the box is simpler than a regular release and forgoes the metallic print and die-cut window. 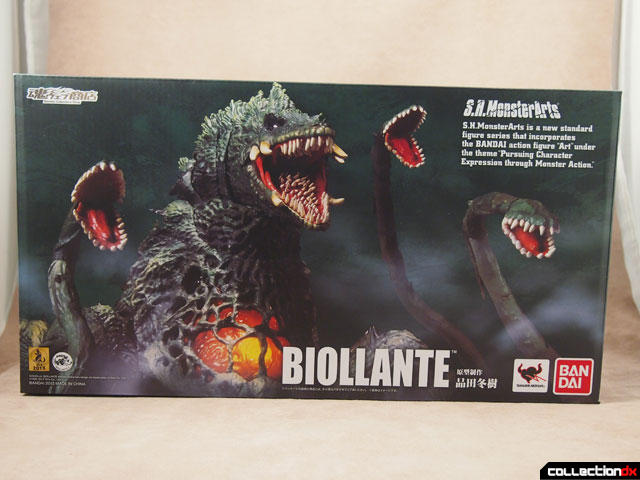 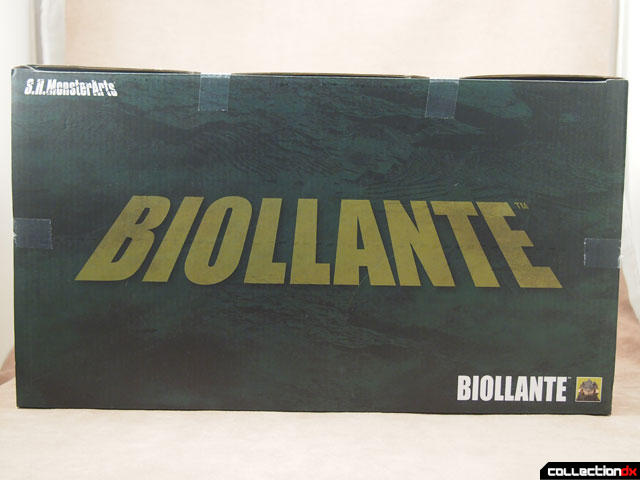 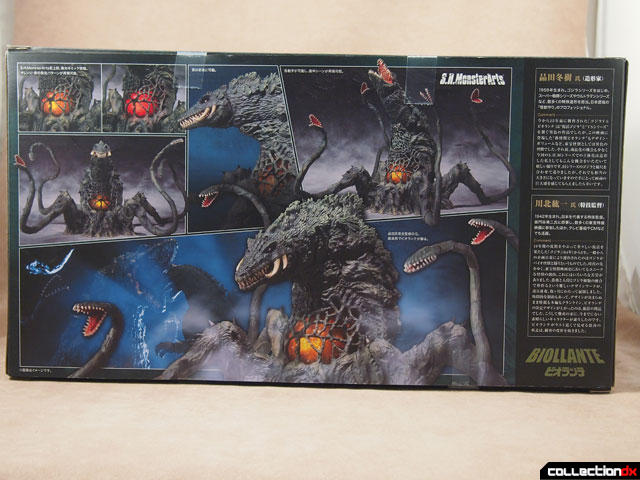 Inside, Biollante requires some assembly. Each of the four tentacles needs to be attached and each is labeled uniquely. Follow the diagram on the instructions for proper placement. 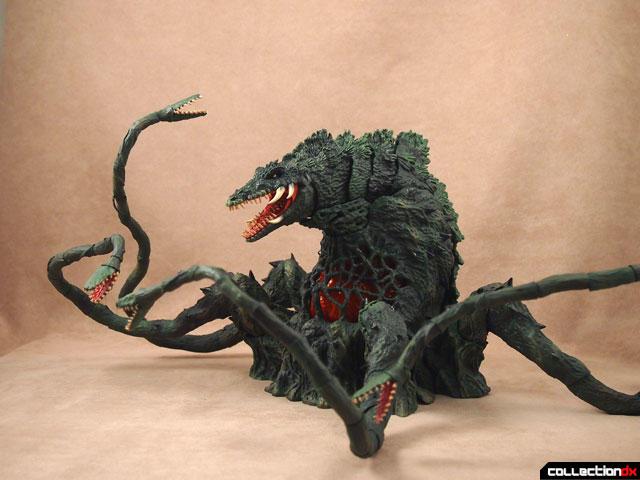 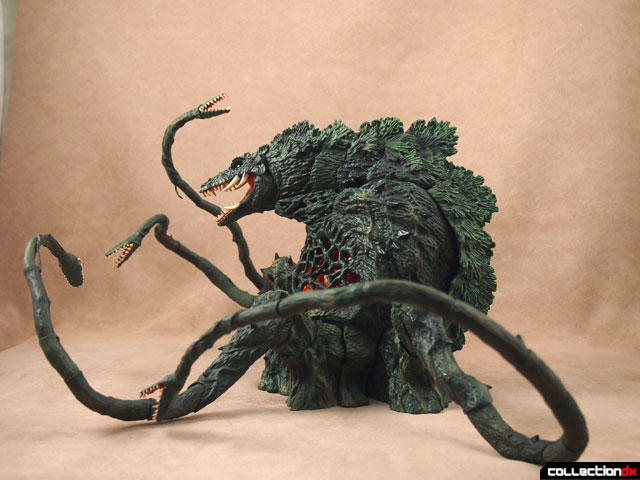 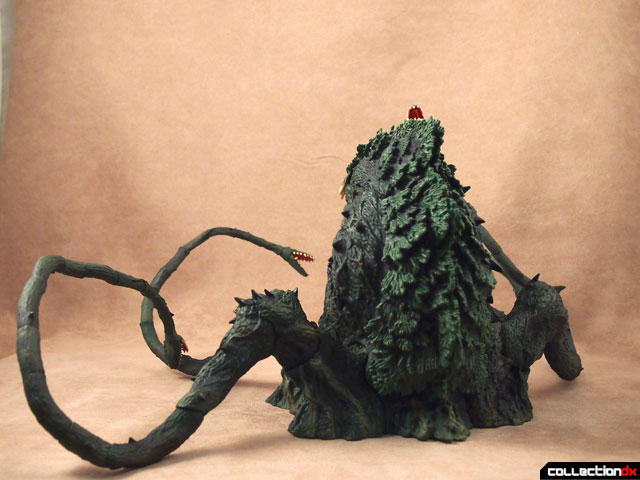 Biollante is one big kaiju. She stands 6" tall and each tentacle is 12" long. The tentacles are on a swivel connection to the body, and then is made of several ball-jointed segments that end with an opening mouth. This Biollante only has four arms, but I have seen images with many more. 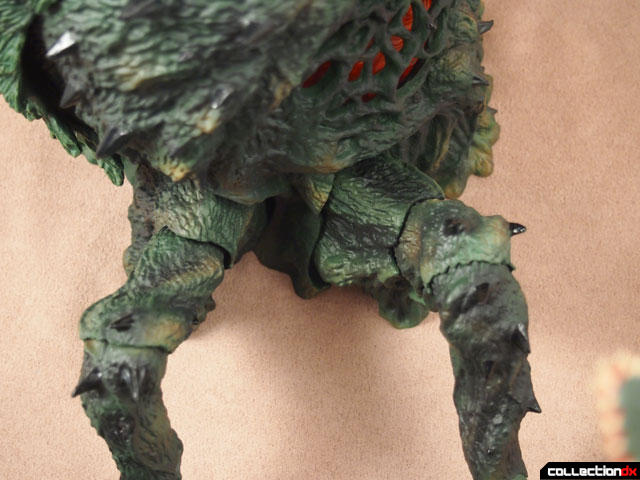 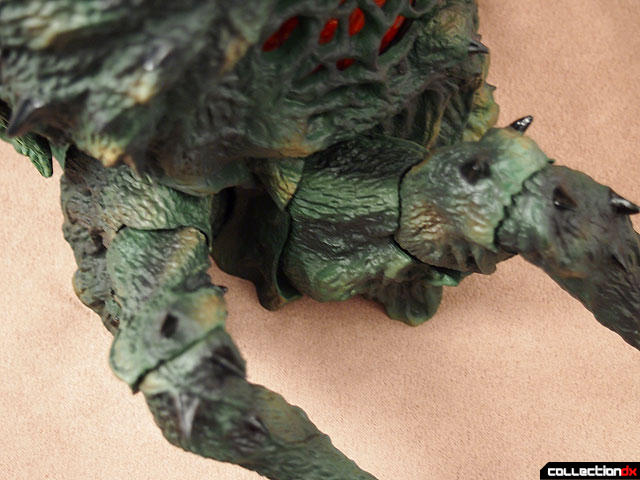 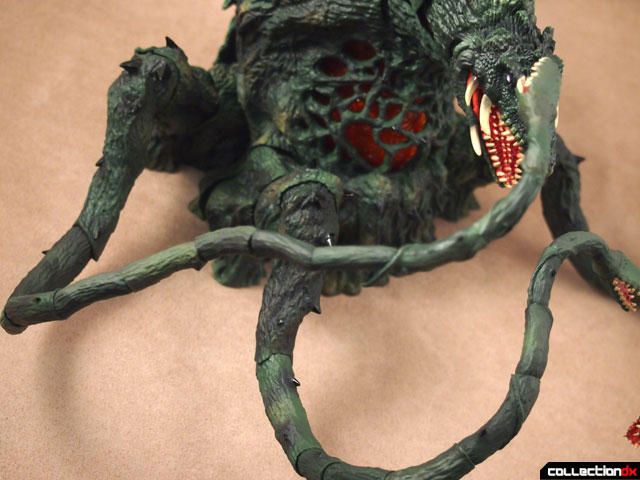 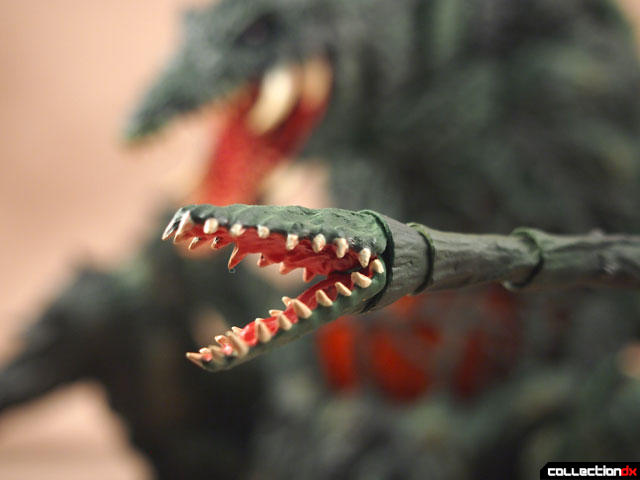 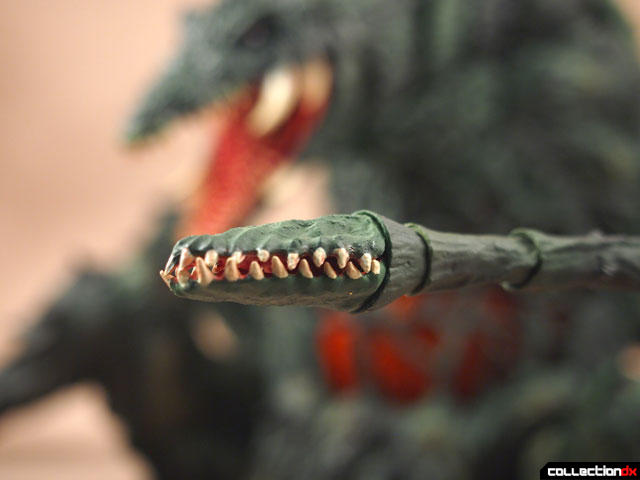 You can bend the arms all over the place, but bending them too far will result in the joints popping out. Fear not, they pop back in place easily. 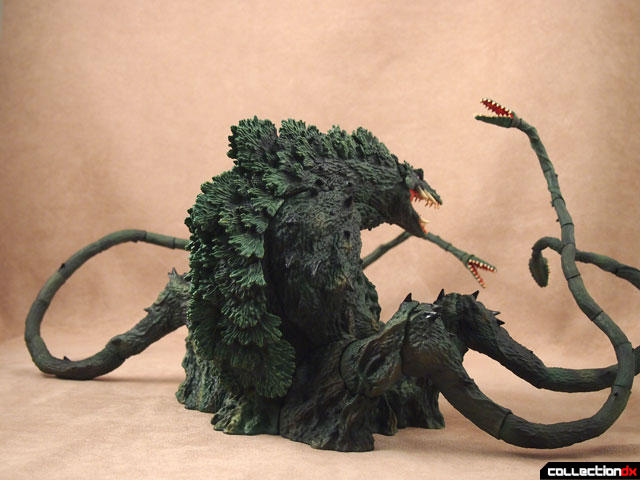 The main mouth opens and reveals rows upon rows of finely sculpted teeth. Anyone with odontophobia please look away. 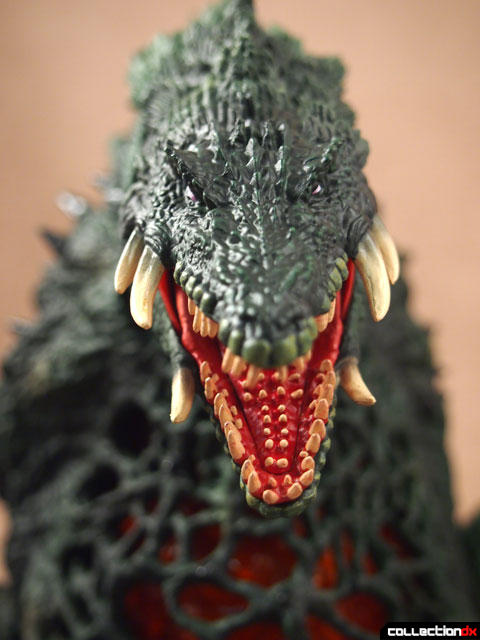 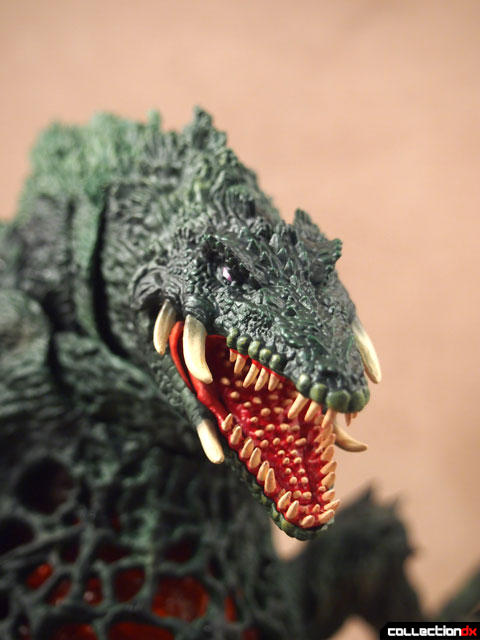 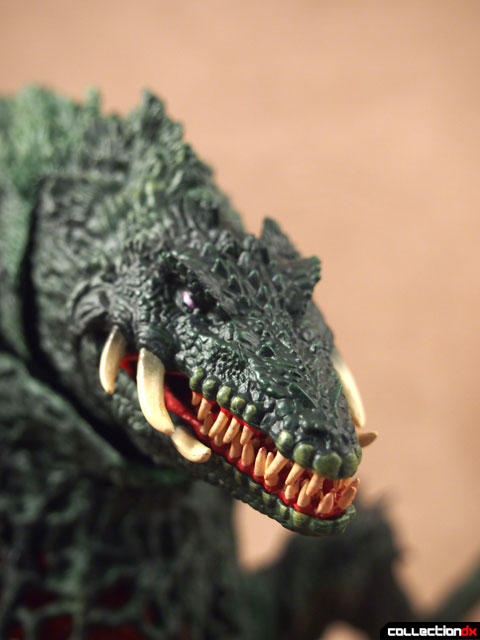 The whole head and neck assembly is one part that’s secured to the back by a tab that can slide up and down. This allows for the head to tilt forward and backwards. 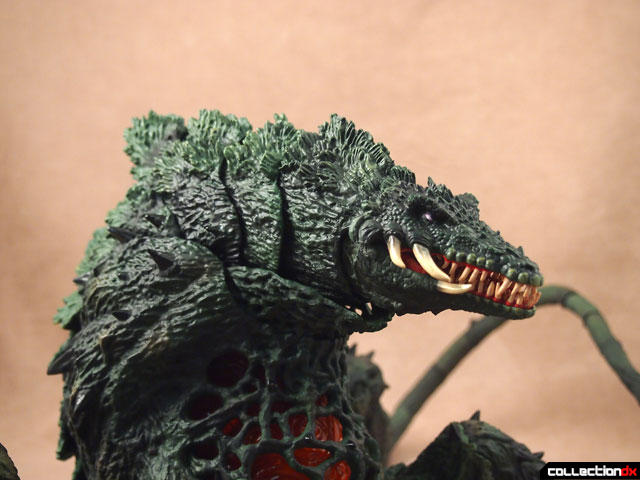 My Biollante can be separated from this tab, and I think I see some glue residue, so I guess it’s not supposed to separate. But once again, it attaches easily and holds in place so I am not worried about it. 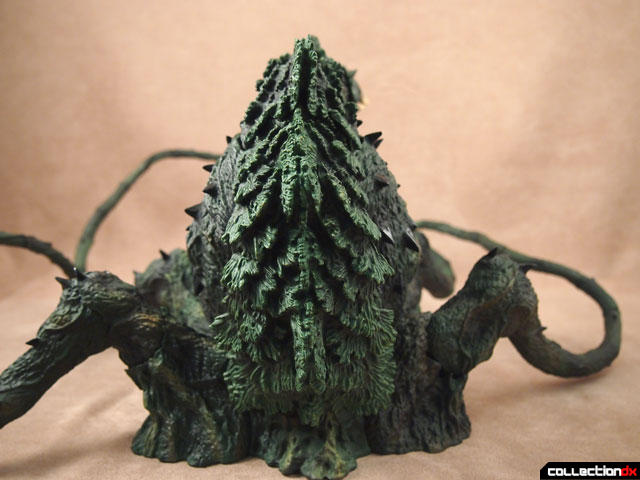 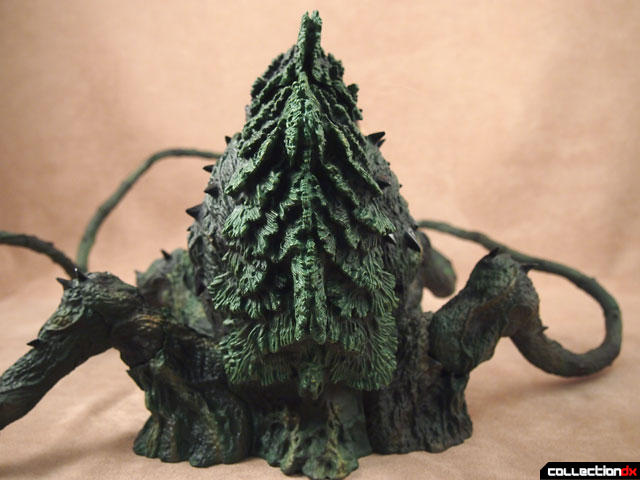 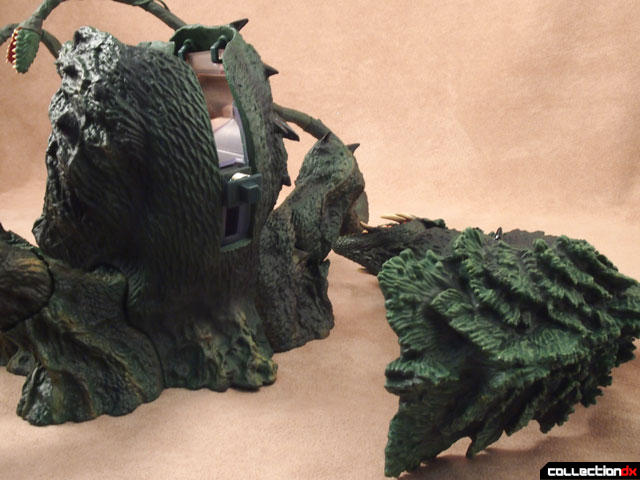 The neck has multiple segments which allows for a wide range of motion considering the design. A hinged neck piece allows you to fill in the gap when the neck is tilted far up. It adds a lot of emotion to a character that has no legs. 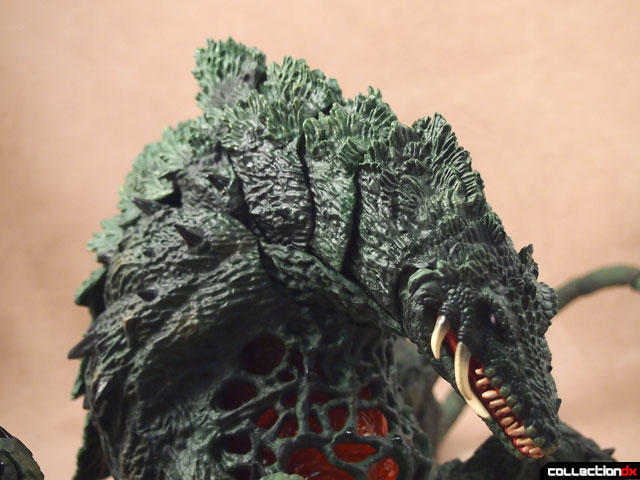 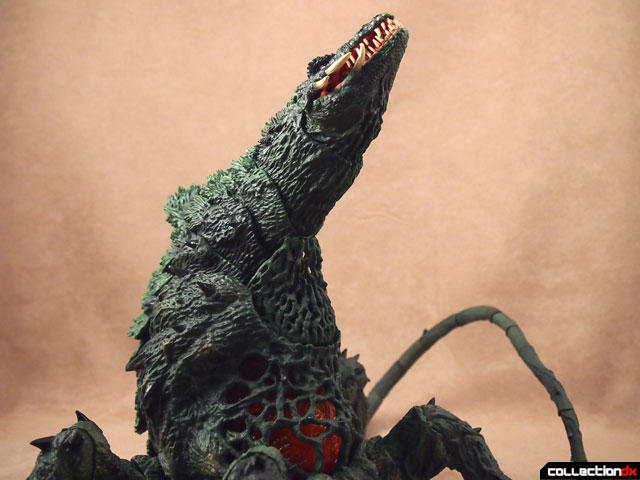 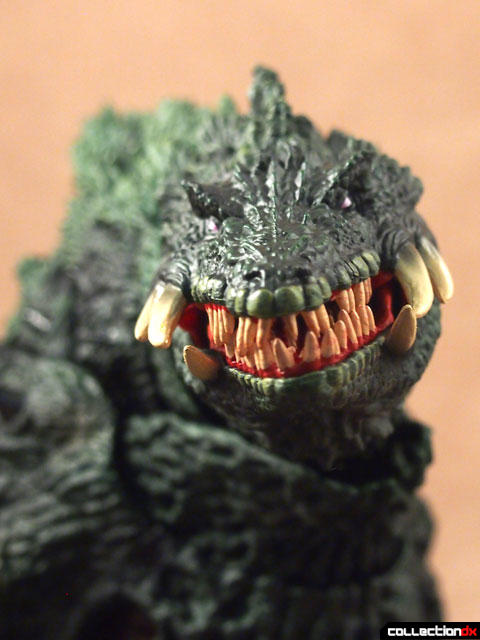 On the bottom of the figure is the three position switch that controls the light up feature in the chest. It requires 2 “LR44” batteries that are not included. 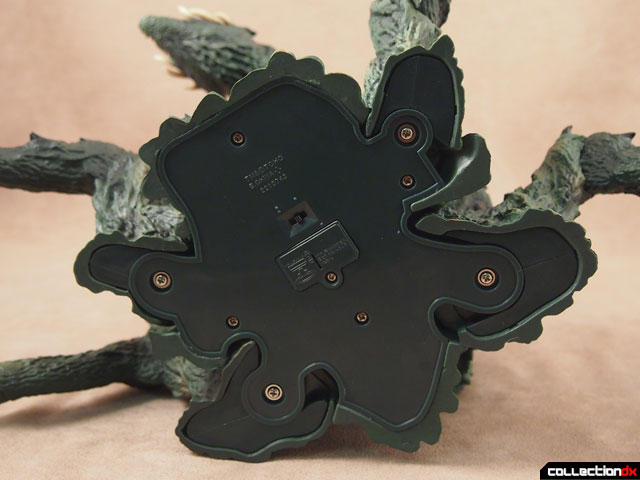 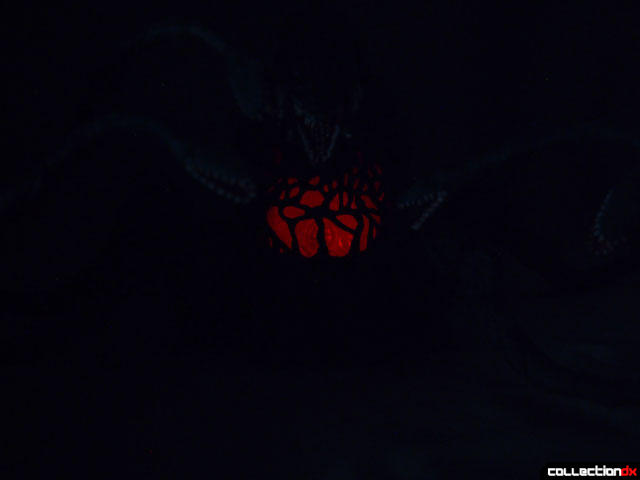 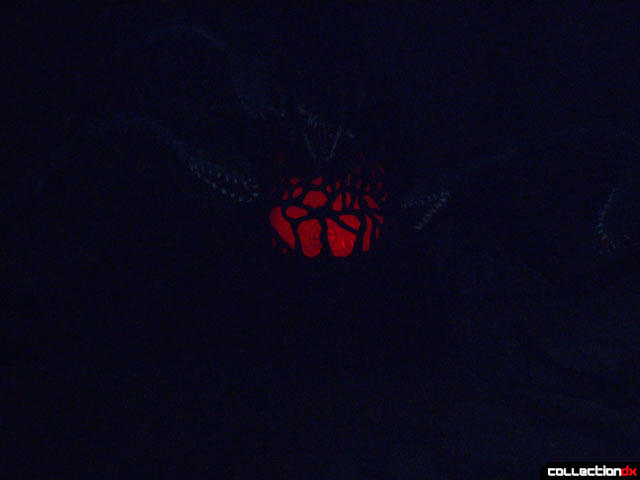 Biollante is a larger size than most of the MonsterArts so it pairs well when fighting Godzilla, but I don’t think it’s in scale. I think it probably should be a bit bigger, but to produce it in that size would be cost prohibitive. 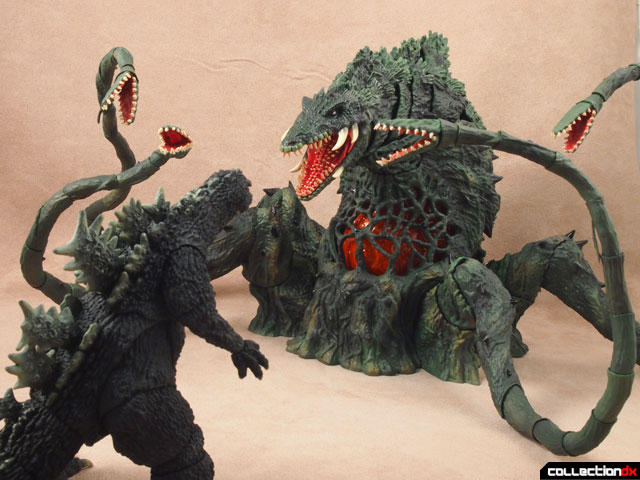 This kaiju has presence. I’m finding it difficult to display due to the size, bit if you are a MonsterArts fan you will find the space. It’s a great, unique addition to your kaiju collection. Biollante often gets neglected in toy form due to his odd size, so i’m glad Bandai did her justice. 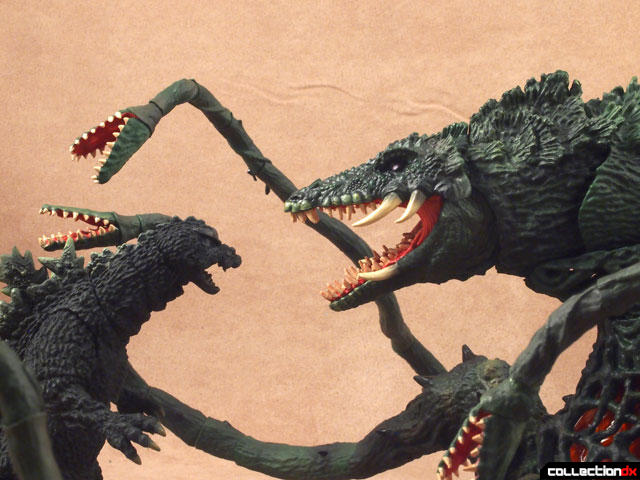 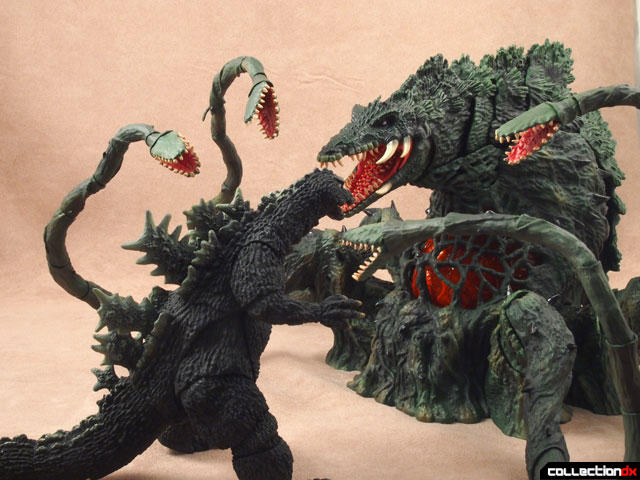 You can order your Biollante on Amazon.com.

4 comments posted
I need to get up off my ass

I need to get up off my ass soon and get meself a MonsterArts Godzilla 2000 like I promised myself months ago.

The sculpt and paint detail on this looks great!

The last exclusive I got (Destoroyah evolution set) is a very poorly executed, overpriced item.
Wouldn't want to spend the kind of money this requires for a similar experience. Plus, shipping this to Italy Is gonna be a killer.
Last regular one I got, King Kong, while beautiful, came in with a broken arm that showed some obvious design flaws.

So I guess my love for Monsterarts has cooled down a fair bit (I have all the releases up to the Evolution set, and I love them).

Josh, reading your review I don't feel much enthusiasm (haven't watched the video, though...), or at least I read much more raving reviews from you.
How does this compare to the other Monsterarts figures, quality wise?
Do you recommendi getting it?

So here's the deal. If I would rank my favorite kaiju from top to bottom, Biollante would be pretty close to the bottom. I'm just not a huge fan. The toy itself is excellent though, great quality and the best face / mouth paint they've done yet. If you are a fan of Biollante, go for it.

Ah memories, the very first Godzilla film I saw on the big screen.