Poor old Cliffjumper. When the Prime cartoon started, I checked out the first episode and really enjoyed this character. But, as with any character I enjoy, they promptly kill him off.

Starscream uses Dark Energon to resurrect Cliffjumper – thus creating Terrorcon Cliffjumper. Basically he is a Zombie Transformer, which is kind of cool. 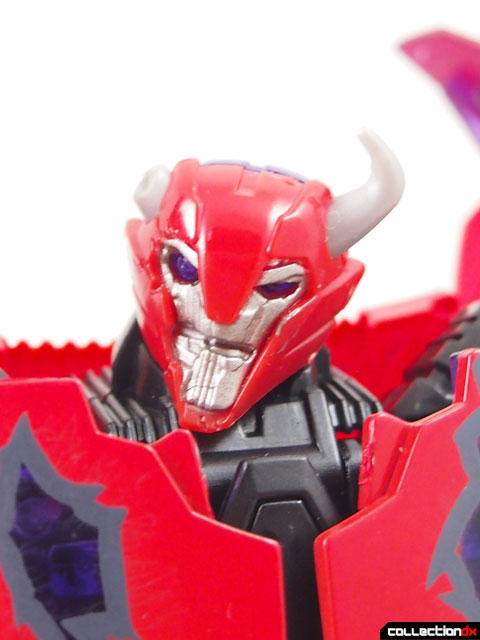 This is the third release of this toy in a reasonably new toy line. The first time it was released was as a 2012 SDCC exclusive with more paint applications. It was also released in Japan with entirely new (and cooler) translucent colors. It finally saw sort-of wide release when it was released by Toys R Us as a holiday exclusive along with other First Edition releases that were slated for the foreign market.

However, they were still scarce at retail. Fortunately on-line retailers such as BigBadToyStore also carried them. (Which is where this one came from).

The packaging is a nice blister card and it really stands out from the other Prime releases on the pegs. After I cut this bad boy open with a hobby knife I realized that the bottom of the packaging serves as a cardboard stand. Neat idea, but not gonna use it. 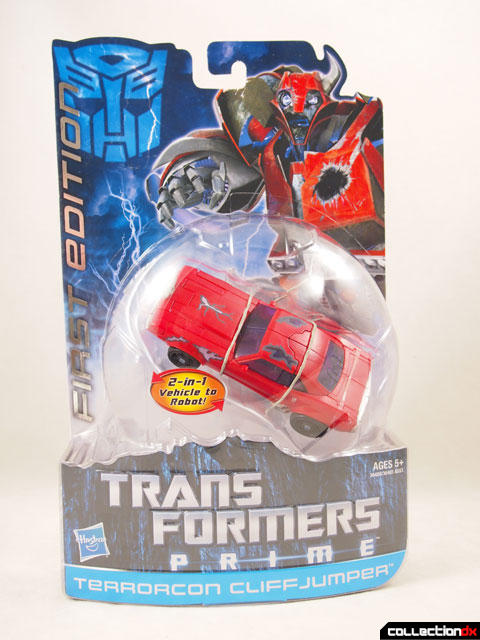 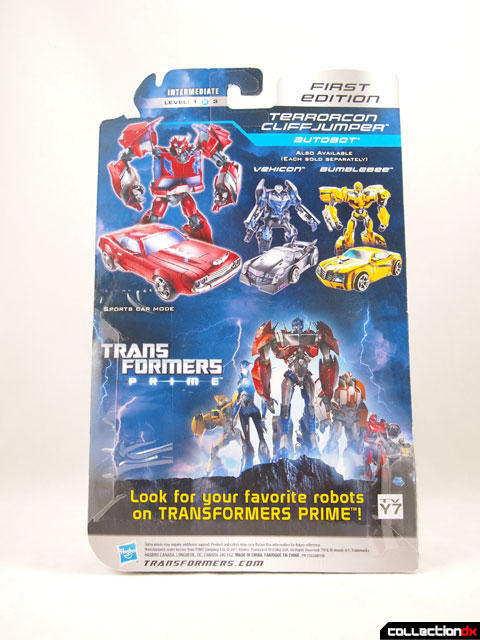 In vehicle mode, old Cliffy here is a muscle car with bull horns on the front. The car is molded in red and translucent purple with red, purple, black, and silver paint applications. The paint is not the best quality. Only one side of the car has a painted Autobot badge – the other side has the mold but no paint. The silver paint on the back of the car does not line up at all. Once again, there is no paint on the wheels, but that is by design. (on a side note, the Asian release of regular Cliffjumper DOES have painted rims.) 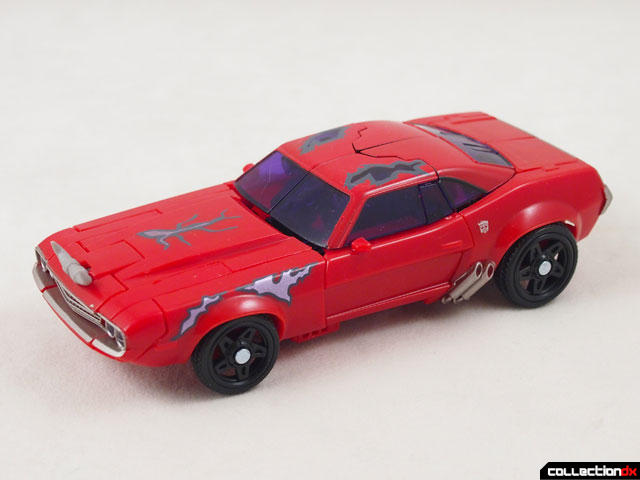 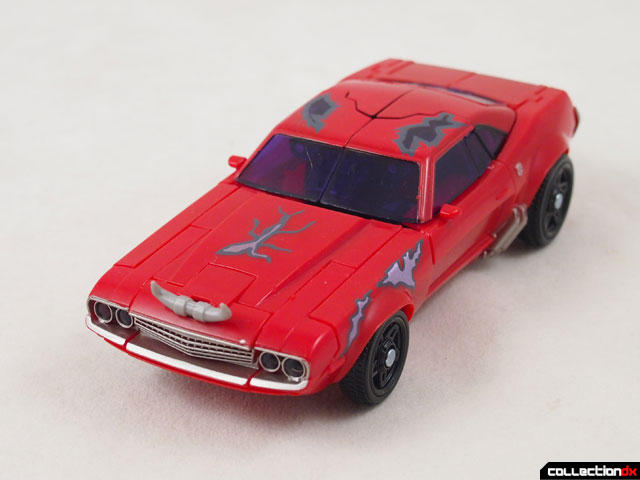 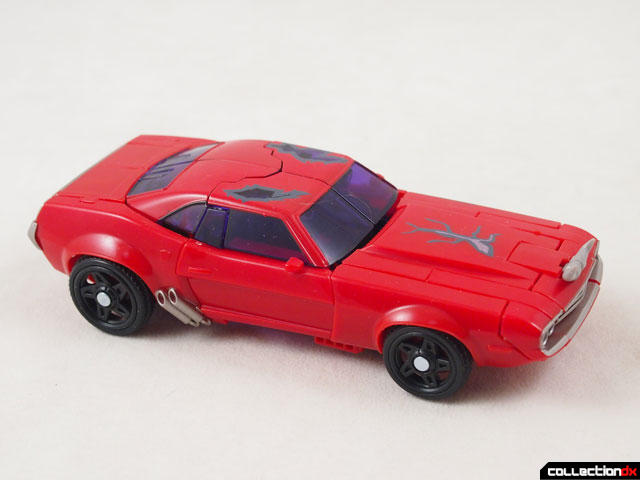 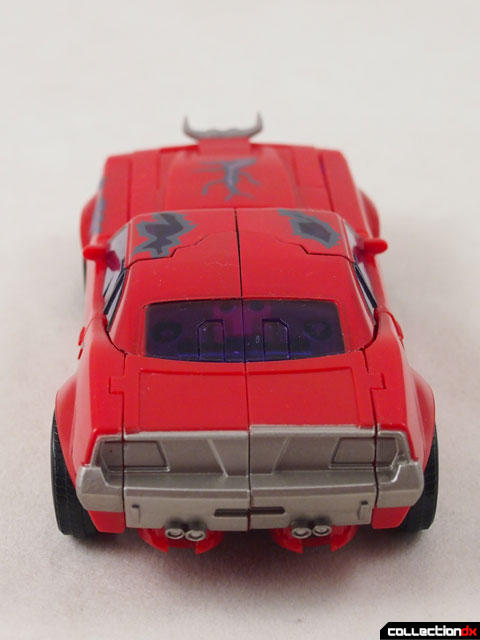 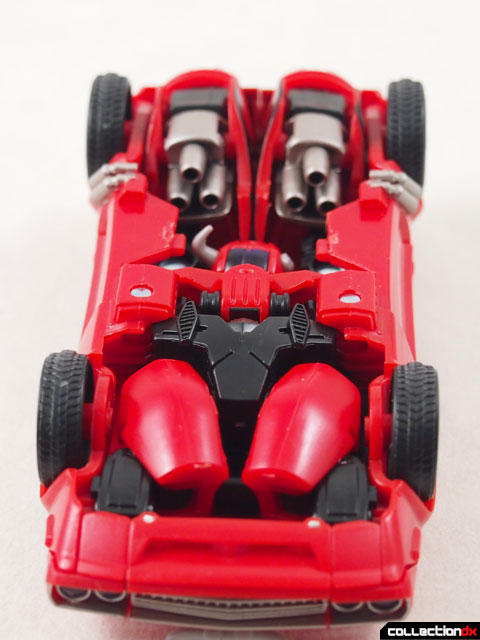 Check out the video for Transformation and more!

Robot mode is short and stocky, he’s like the wolverine of Transformers. 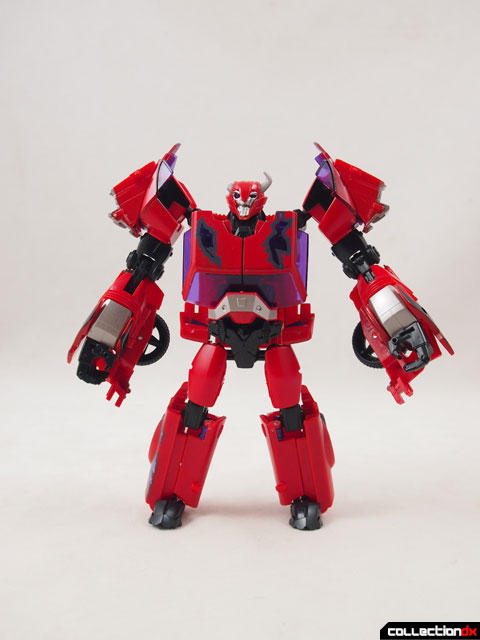 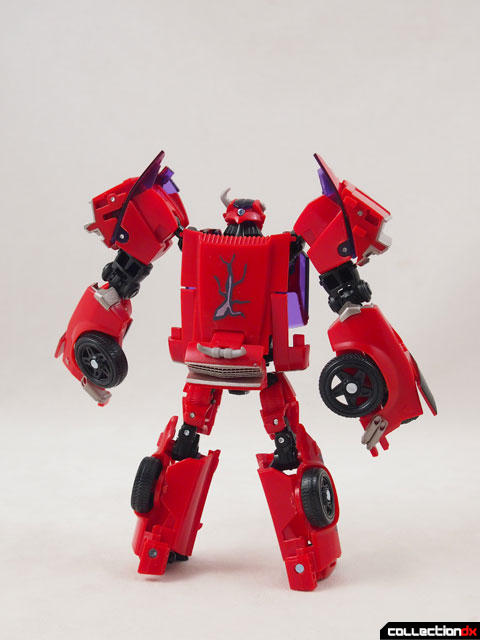 Articulation is pretty good, but there’s no waist joint and the head joint is limited. The shoulders are exceptionally tight. I noticed stress marks forming in the red plastic that surrounds the joint. 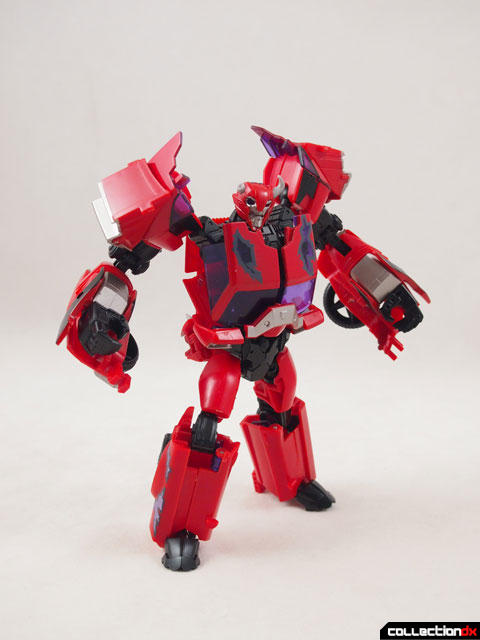 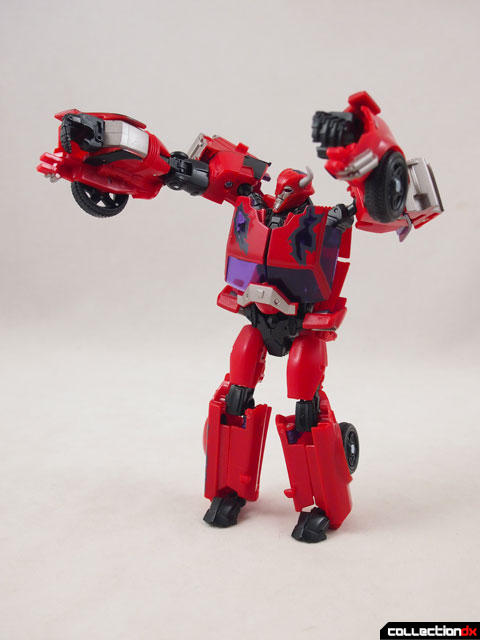 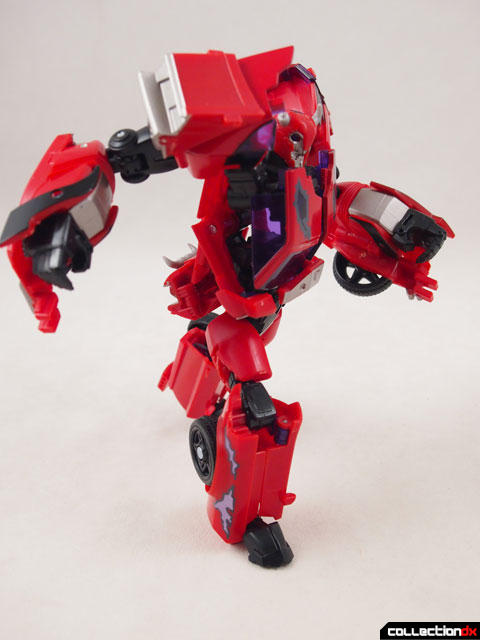 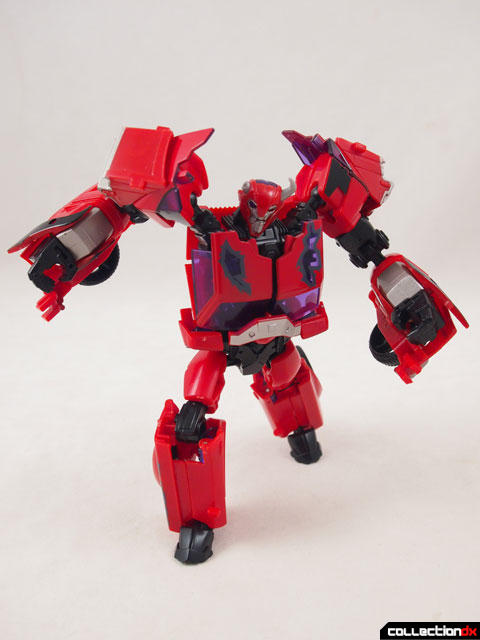 There are a few other things that you need to be aware of. Be careful of the paint on the chest section as it scratches easily. 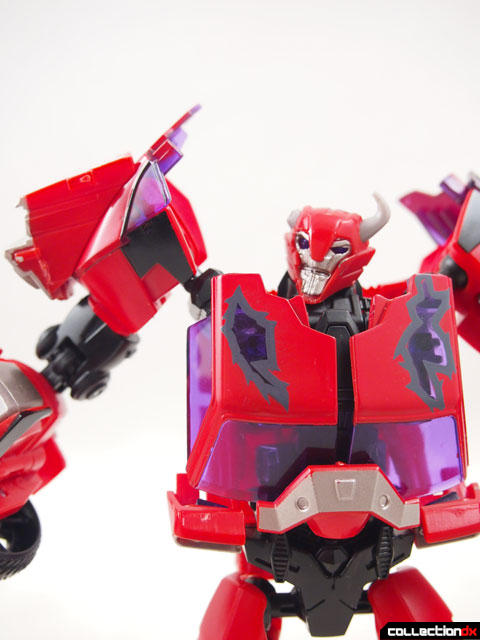 Also, be careful about the joint in the front of the hood of the car mode (where the horns are). That too shows signs of stress marks. 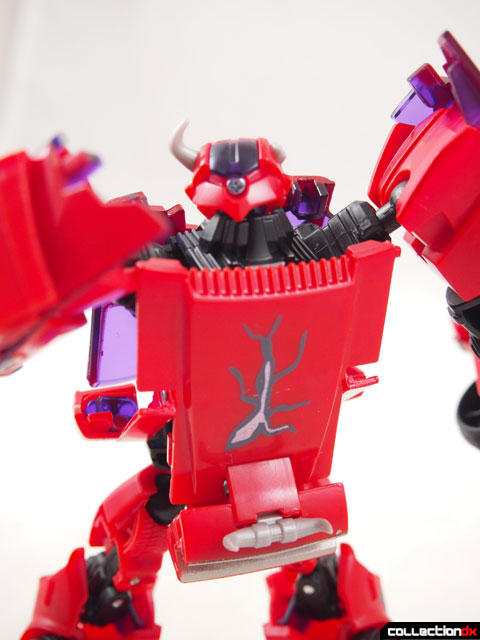 No accessories are included, but Terrorcon Cliffjumper can rotate his hands out to be triple-barreled cannons instead.

Despite the few flaws with the paint and some stress marks, it’s still a cool-looking toy. Just be careful when handling it.

You can get your Terrorcon Cliffjumper at BigBadToyStore.com

I bought one of these due to the gun hand gimmick and took it back right away after opening it. Luckily TRU has a decent return policy. Transforming for the first time, some of the plastic broke as if it was almost crumbled. I am pretty delicate with my figures and this is one of the first toys I bought by a legitimate company that broke immediately. Late hasbro toys feel cheap to me, and while this one looked cool I was afraid to get another for risk of the same thing happening.