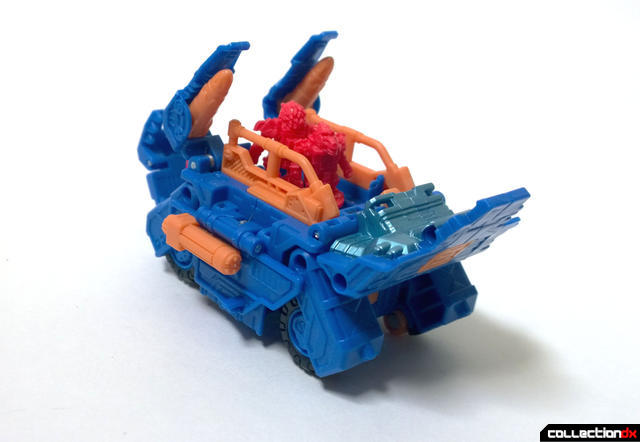 Beast Saga may not sound familiar to most people, but if I said Battle Beasts (or in Japan, BeastFormers), that might sound more familiar to most folks. I won’t give a history of it, that’s what wiki’s are for.

The package comes in a nice clamshell, that you can slide on and off. If you’re like me it’s nice to have something that you can save the nice box art. 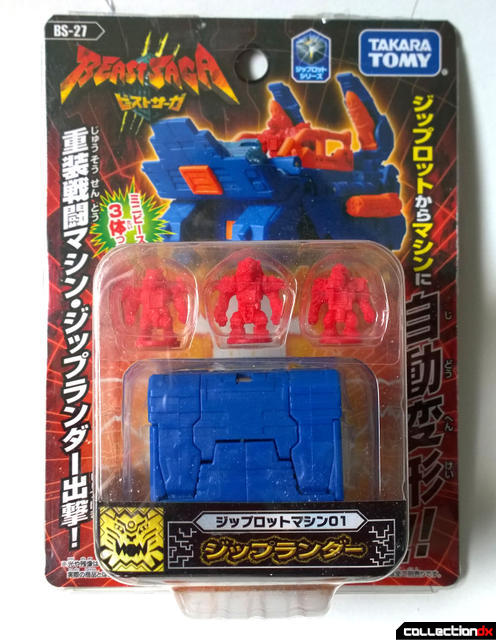 The Jipuroto Tank, isn’t part of the main line of the Beast Saga, they’re actually really tiny to the main line figures. I wish I had one of the main figures to show size comparison or even an old Battle Beasts. But I do have a trusty quarter. 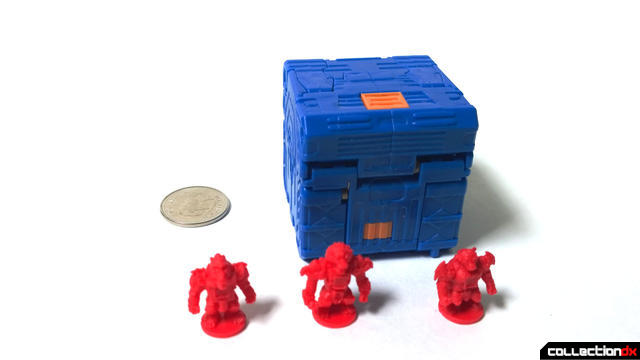 The Jipuroto Tank comes in it’s cubed form and three little figures. Bamboon, Wolf and Bear. There’s no articulation, which would have been nice. But the details and sculpting for the size is beautiful.
Here’s a close of the front. 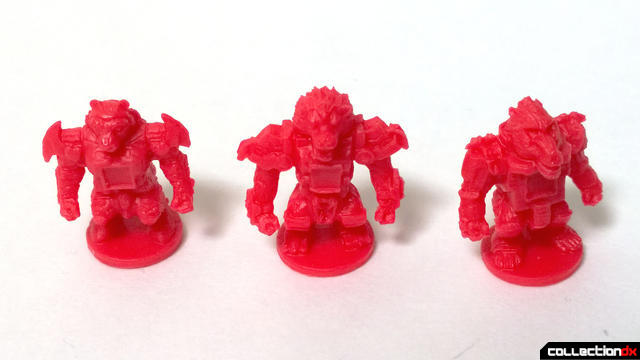 And here’s the back. 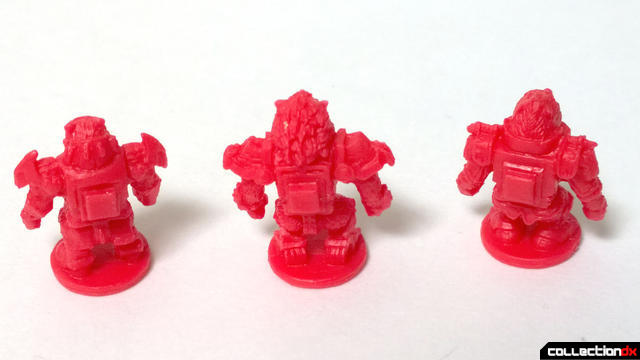 Let’s just push the button shall we. (insert video clip)

The motor has a windup mechanism. When folding it turns the motor, and the spring releases it. It’s very much like Starcom. Too bad the figures don’t have any articulation. But it is super tiny.

I wish this line was larger, large enough to fit the normal figures. But even at this size, it’s still a lot of fun. 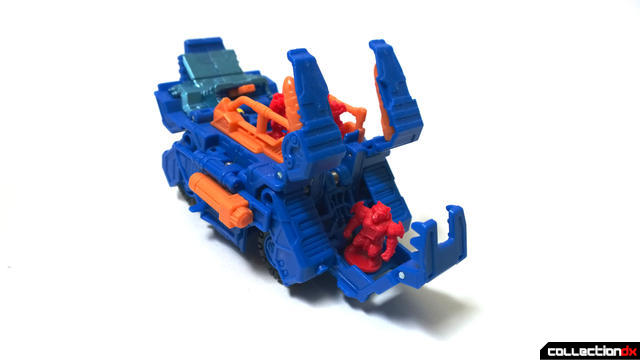 There’s so much detail in such a small scale. I wish Takara Tomy and or Hasbro would apply some of this windup mechanics in their transformers or other toy lines. 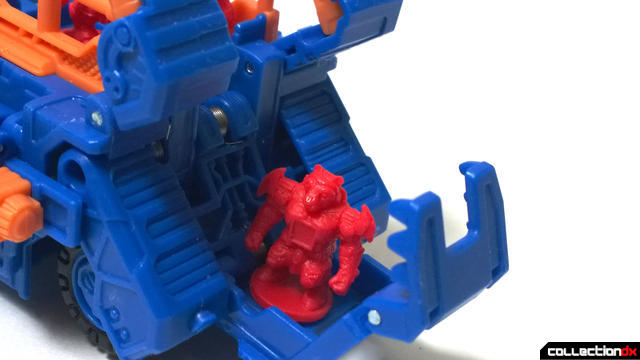 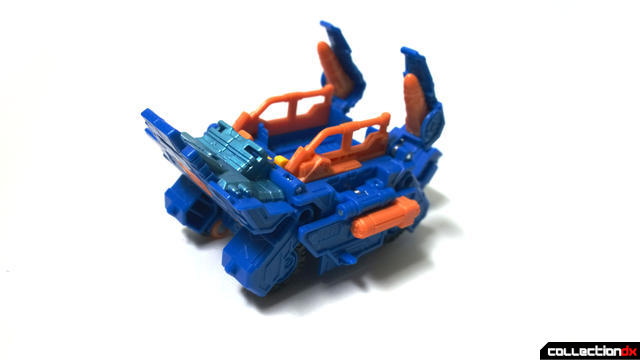 Unfortunately the treads don’t really work. But there are wheels at the bottom of it. 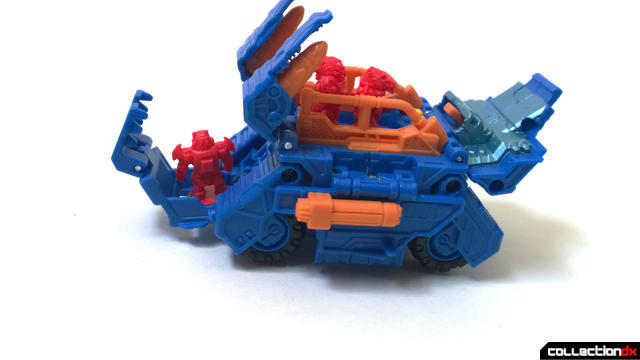 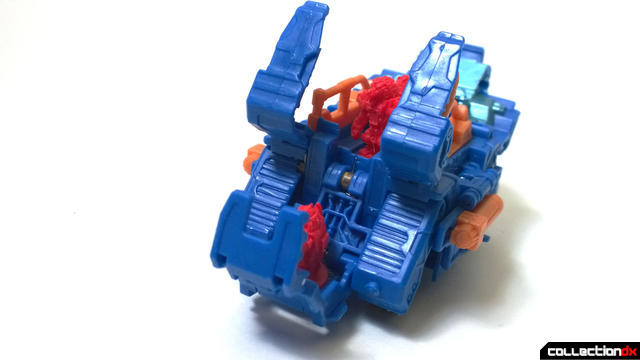 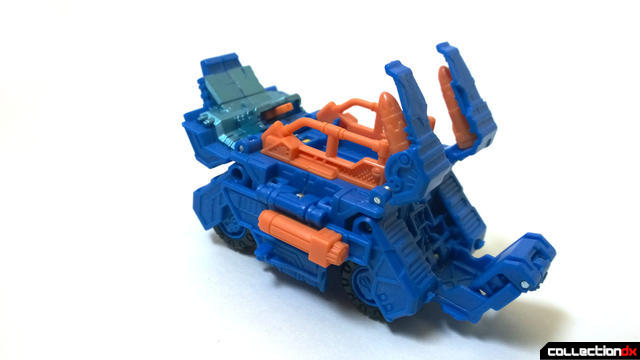 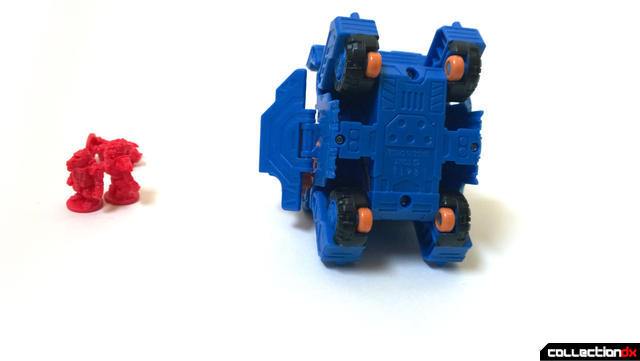 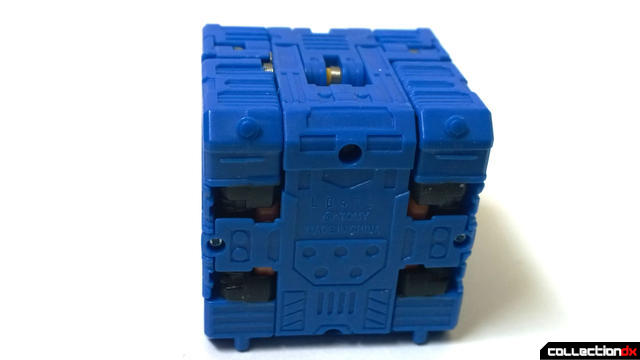 This is a very fun line. The Transformation and the details sold me in completing this subset of the series.

You lucked out and got some nice strong action on yours. I picked up a couple of these on a whim during an HLJ clearance sale (I'm a sucker for that spring action). Only trouble is that since they're stored in cube form, with the springs under tension, they tend to wear out. Neither of mine pop entirely and have to be helped. Still fun little vehicles.

I think I got mine from either Amazon and or Ebay.
Oh really? I only have 2 out of the 6 on display. Slowly displaying them as I go into reviews.
Now I really need to open them if the spring is worn down.
But 2 of them are fortress where they don't really "spring" or motorize that much.
That's too bad about the spring on yours. But probably most fun figs I've had in a while. I keep it at my desk...
I just wish they were a tad bigger and better figs. But I think it's probably being pretty nit picky.
The price for them were pretty good. especially for the engineering put into them.
you don't see stuff like that anymore