We’ve seen that some of the figures from Transformers Prime can be great toys, but now we’re going to look at one that is not so great.

This resembles no Soundwave I have ever seen before. He seems more like a faceless drone than right hand man to Megatron. In fact, the only throwback to the classic character here is the inclusion of Lazerbeak and how he integrates into the toy.

In vehicle mode, Soundwave resembles an Unmanned Aerial Vehicle, or UAV for short. These pilot-less drones are use for recon in areas where sending in a manned plane is either too dangerous or too expensive. While it has the general shape of a UAV, its futuristic design lends itself better to the movie aesthetic than the Prime toyline. 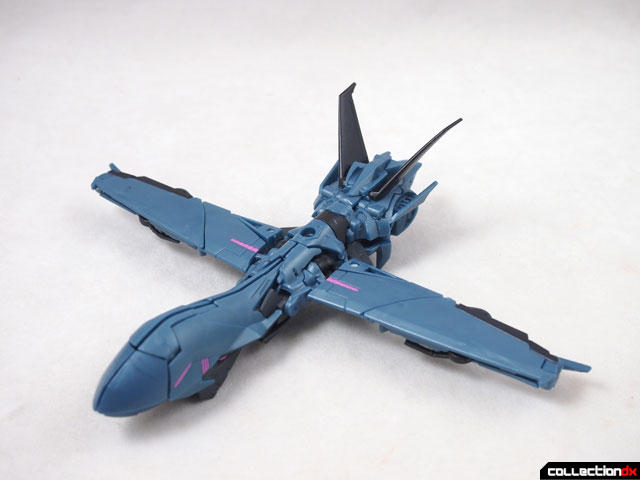 Design choices aside, just try to get the parts in the front of the ship to line up. If you push together one panel another pops out. What’s left is an unsightly mess of seams and parts that don’t look like they are meant to go together. 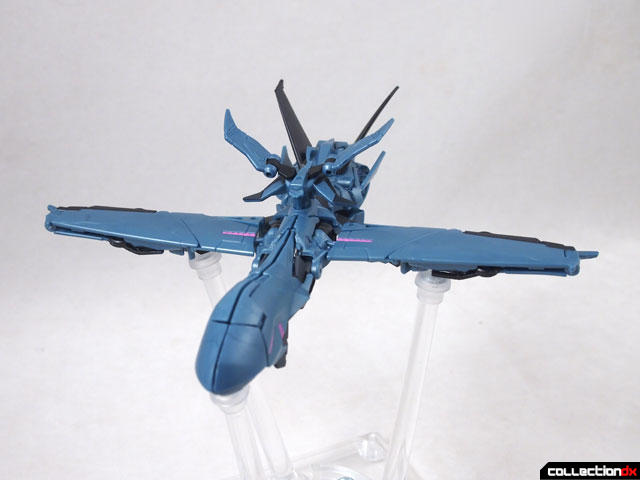 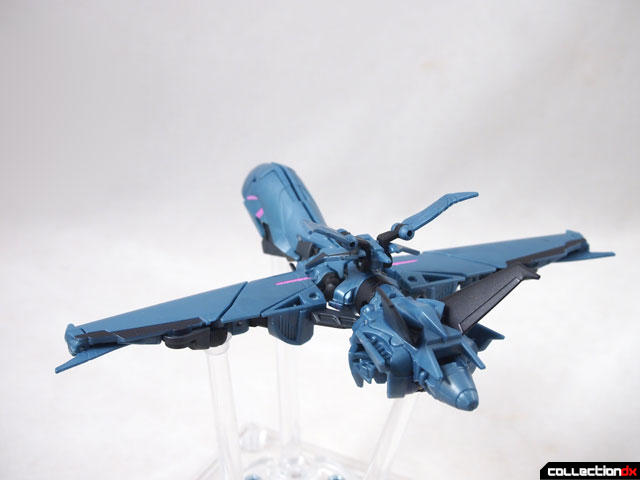 This effect is compounded when you attach Lasebeak to the 5mm port on the middle of the fuselage. It looks like a piece of bad origami decided to hitch a ride. 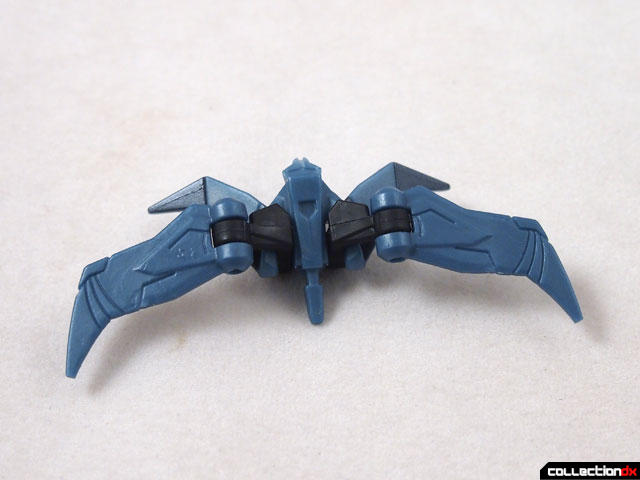 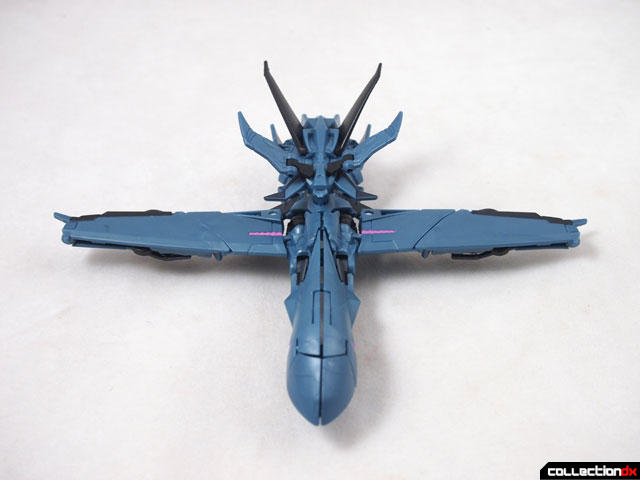 Underneath you have a front landing gear, but the back relies on two points of the body to rest on. To me, this is lazy design. The underside detail looks pretty bad too and makes no attempt to hide what it is. If you are going to try to disguise as a drone, shouldn’t the BOTTOM be the side that looks like one? 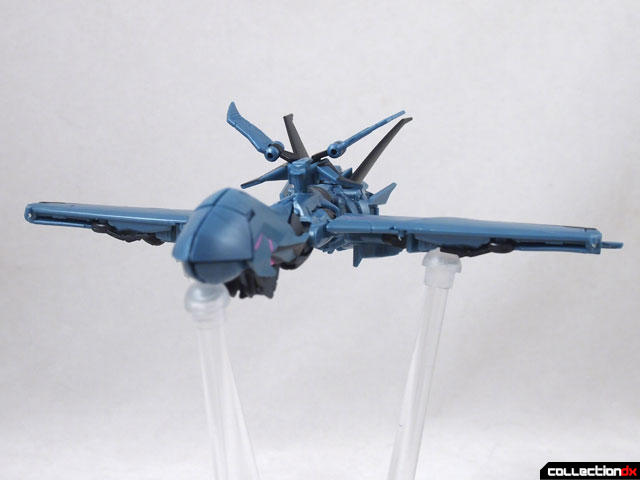 Anyway, transformation is unremarkable, with the only saving grace being the flip-out head. This is one of those toys that just doesn’t look right transformed, even if you follow the directions exactly. Are the legs supposed to bend backwards at the knee? Are those really the feet? Are the arms really that long and stupid looking? The list goes on and on. 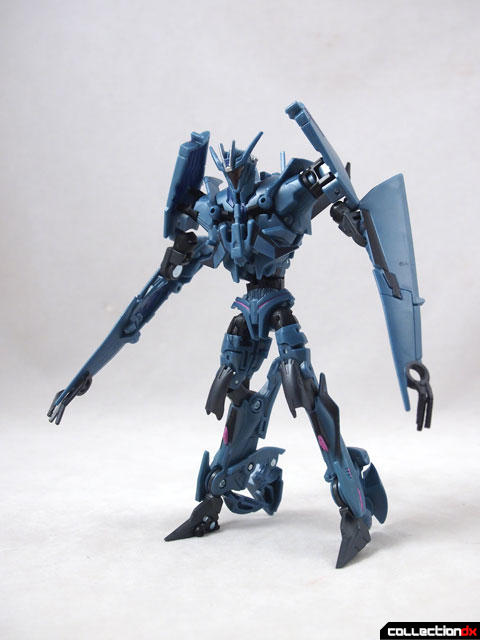 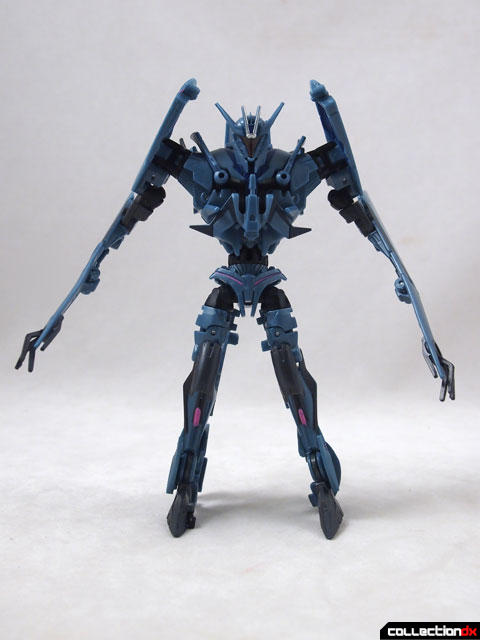 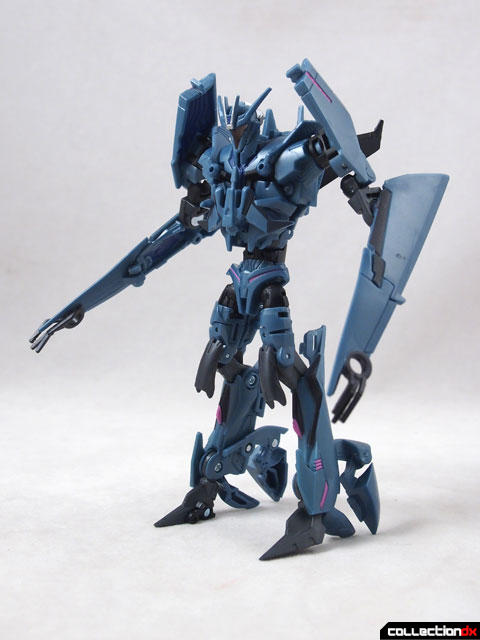 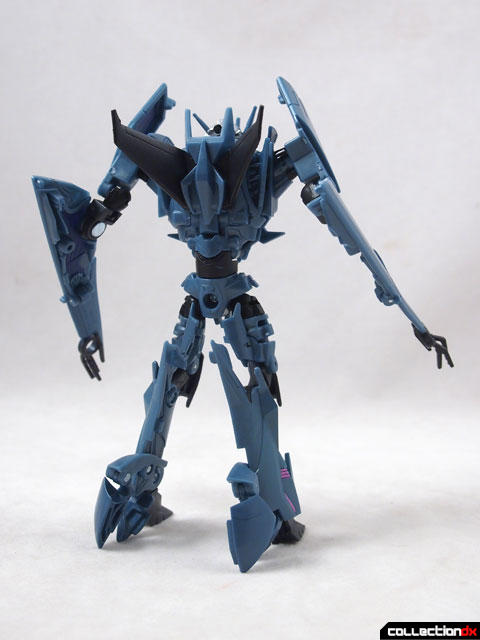 The vacant face has no light-piping. 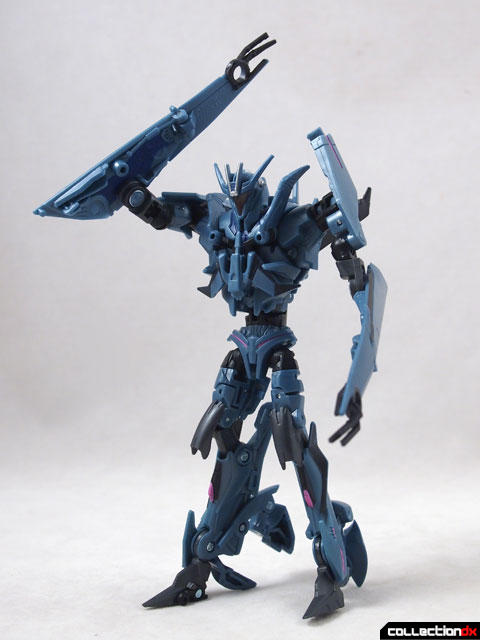 Lazerbeak can be mounted in the chest, which is the only throwback to the G1 character. It can also be stuck into the awkward looking hands. 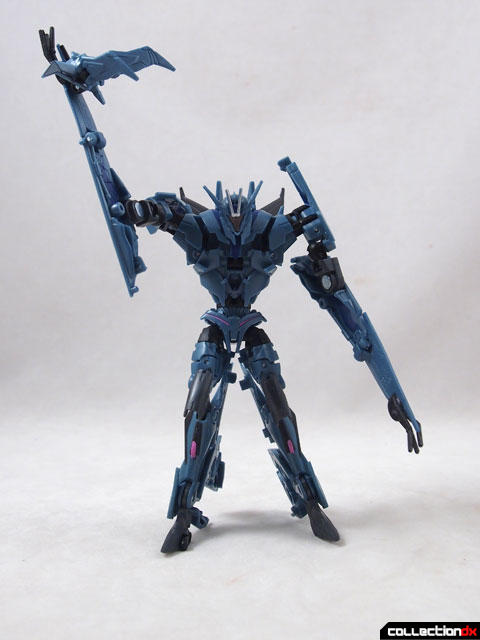 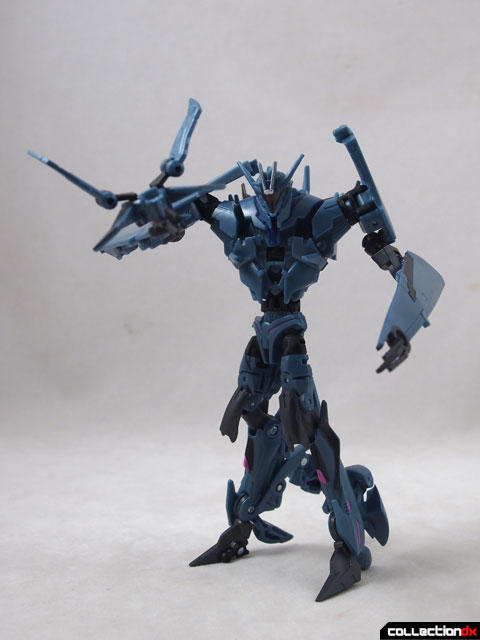 While I can appreciate a designer trying to break out of the mold and doing something different, this one just fails on many levels. It seems like there are distinctly different design teams doing different things at Hasbro. This just doesn’t have the same feel as the other Prime toys do. Even the plastic feels cheap in places. 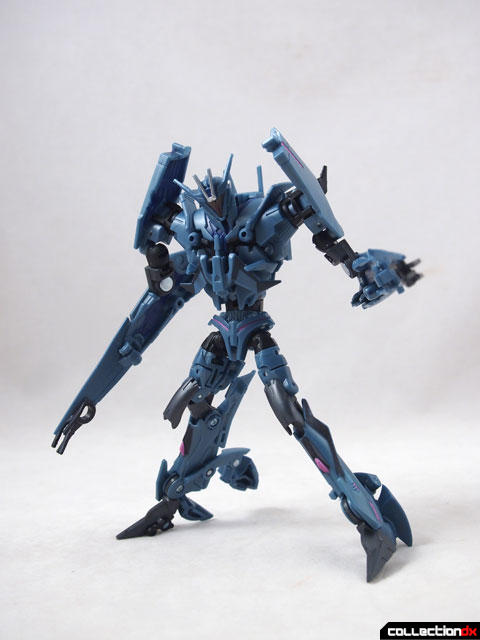 12 comments posted
This is one of my favorites

This is one of my favorites from the Prime toy line. I like how different he looks, the arms and legs might not be "traditional", but it works for me, at least. And I like how his head evokes the Decepticon insignia, like how the original Soundwave's head was the basis of the Decepticon symbol. And his posability is just top notch.

I love it too. Totally original, visionary, and most of all alien robot design.

I actually like the toy. While I do not feel it is a good representation of Soundwave, I think its still it among a handful of TF designs do not belong in the TF line. I really think their ascetic lends themselves to create their own anime with some slight retooling.

I have to agree with Josh here. Although Soundwave is my favorite Transformers character, this version is a total disappointment. I didn't even bother to pick it up. Everything that is cool about Soundwave is missing from this figure.
To me, this is not Soundwave. I'll be looking forward to MP-13.

This is a toss up, great character, but the toy lacks because of its scale and proportions.

We have a new transformer universe after the live action movies
this is another manifestation of it!!

Not our favorite G1 soundwave
But I would rather have this version than him as a Van, car or an ugly MP3 player

Wow, I totally disagree. The only problem I had was with the legs, but I was able to get them to work. I had a fun time with this guy and I think he makes a fantastic, creepy robot toy. Lotta fun to play around with too; you can kinda use his arms as blades.

Ah well, to each his own.

I think props have to be given to them making a Prime Soundwave toy that is screen accurate to the cartoon, both in vehicle and robot mode.

I love this figure myself. I only have a handful of Prime toys, but this is definitely one of the highlights for me. I guess if the G1 Soundwave is engrained, this one won't suffice. Having the legs mistransformed might not help this figures case at all.