The myth of the Slender Man is a recent one, possibly one of the first "creature" urban legends to be started on the internet. 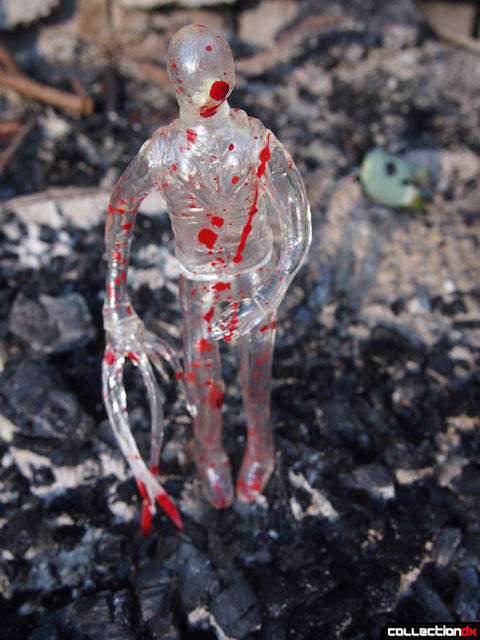 The Slender Man always appears as a tall man in a suit with a head with obscured features.

Slender Man (a.k.a Slenderman) is a mythical creature often depicted as a tall, thin figure wearing a black suit and a blank face. According to the legend, he can stretch or shorten his arms at will and has tentacle-like appendages protruding from his back. Depending on the interpretations of the myth, the creature can cause memory loss, insomnia, paranoia, coughing fits (nicknamed “slendersickness”), photograph/video distortions and can teleport at will.  - Know Your Meme

A newcomer to the japanese vinyl scene, Fuei Shokai produced the first Slender Man soft vinyl in 2011 and offered it for sale at Super Festival 57. This version of the toy was done in an opaque vinyl with minimal paint applications. People who purchased the item discovered that hidden inside each toy was a piece of human bone. (I read somewhere that Fuei Shokai emphsized that the bone was found, not purchased.)

The latest version of the Slender Man sculpt is this clear version offered by DKE Distribution. 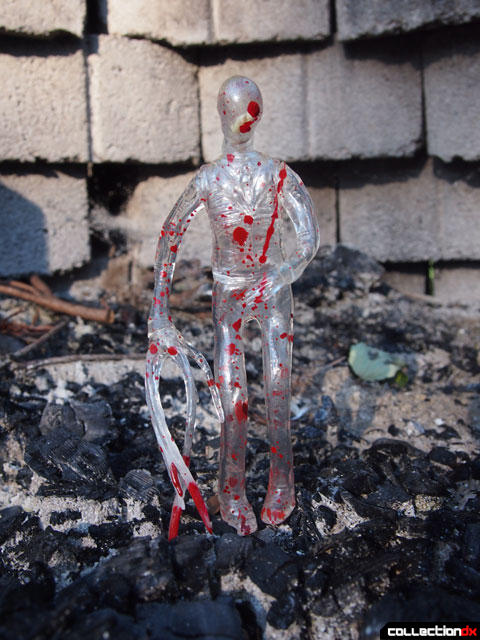 It's creepy as hell. 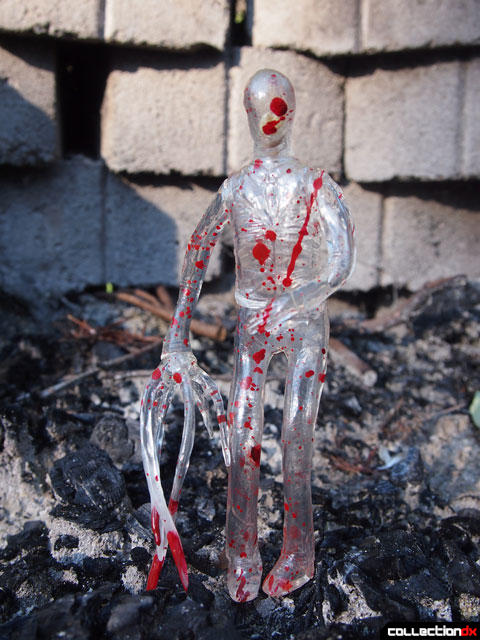 Slender Man comes packaged in a nondescript cloth bag that is stapled shut. Inside is Fuei Shokai's business card, and the toy.

There's no denying it. That's a real human tooth in the head. 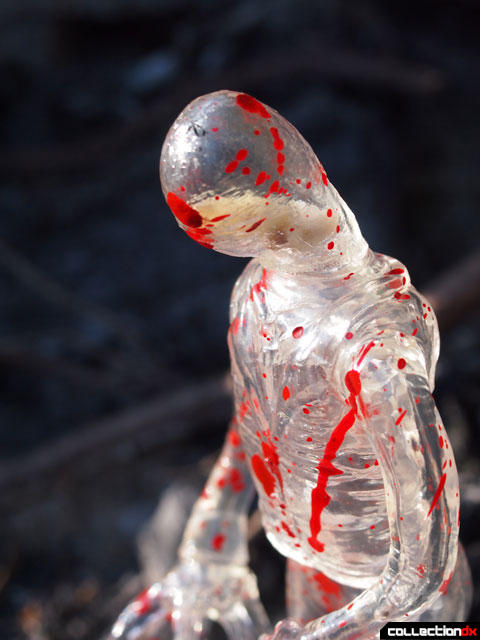 The vinyl is nice and clear. The clarity of the vinyl is something that can only be acheived in Japan. 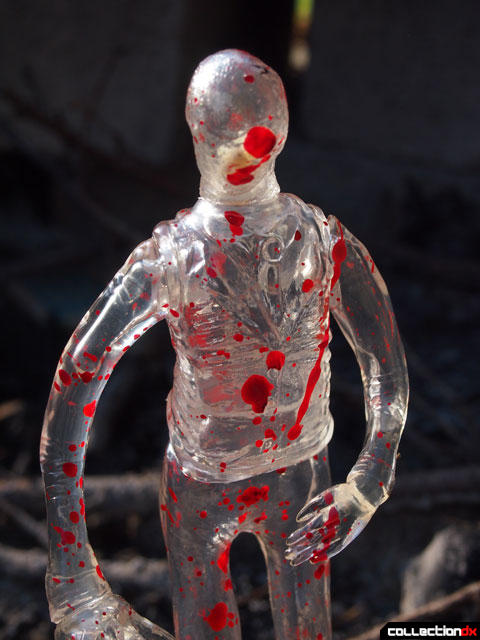 Slender Man has a few points of articulation - Waist, head, shoulders and the creepy hand. 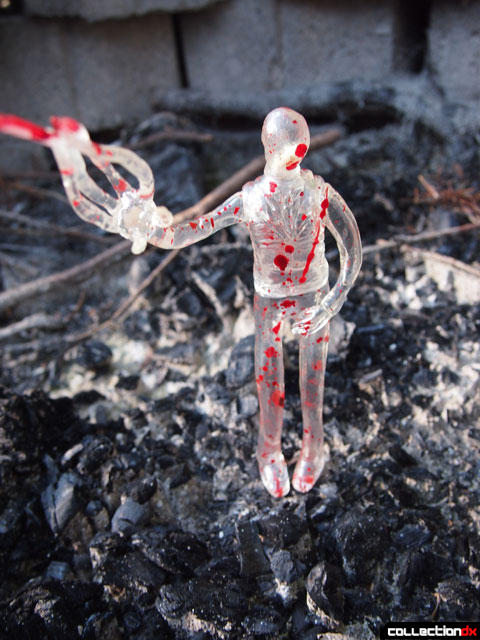 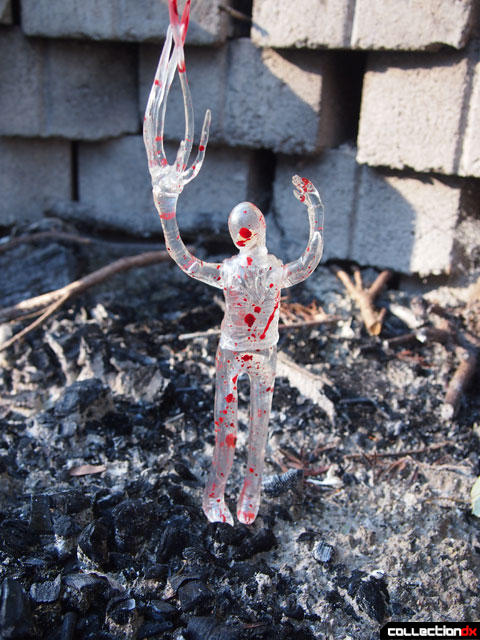 A decent spray of red paint covers the figure. 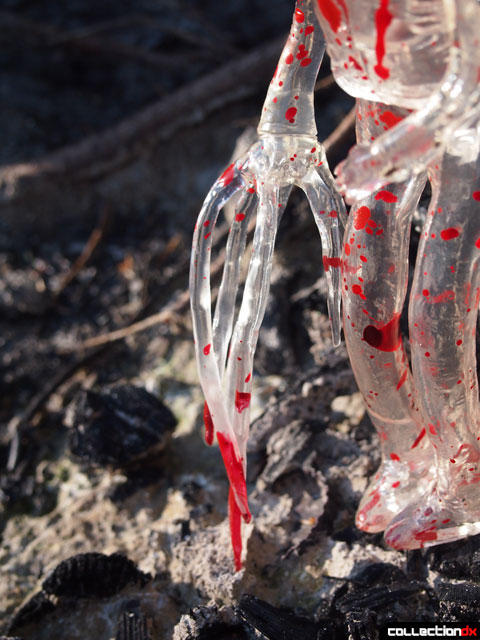 Did I mention that this is creepy? I have a toy with human remains inside. 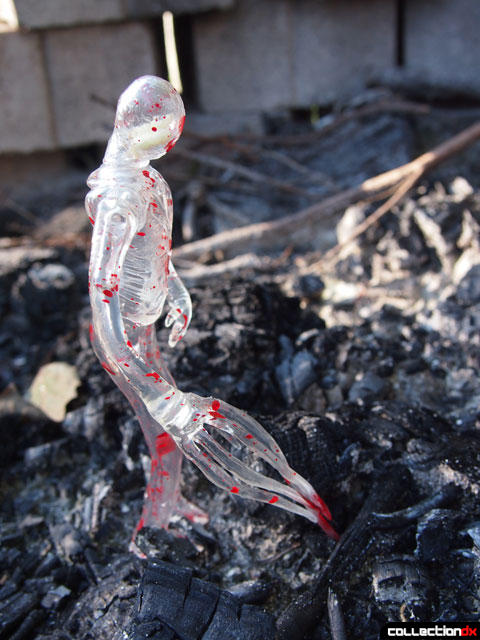 I would imagine this version is quite limited, but I have no idea of the run amount. I tell you this though - if you want to own a very unique item for your collection, this would fit the bill. However the eventual exorcism to rid your house of evil spirits is not included. 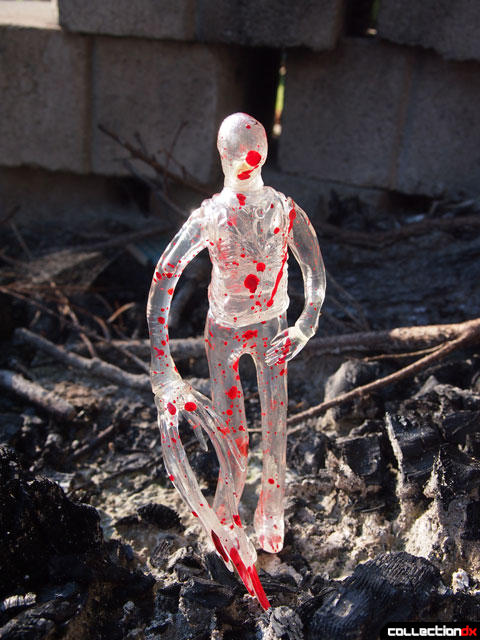 Macabre, disturbing & silly. I wonder if this will have a faddish following & cause copy-cats to pop up? Wouldn't touch one either way.

Is this legal? Part of me wants it not to be. There's something wrong about this, even if the bone was 'found, not purchased'.

So I'd only vaguely been aware of this character when you did the review, but in light of the recent attacks, is this now the creepiest review on the site (if it wasn't already)?