While primarily known for their diecast cars, Maisto has dabbled in the transforming toy genre a few times to mixed results. In this case, it's the Cykons.

A noble attempt at capturing a piece of the transforming toy market, this toy fails on almost all levels.

It's worth noting that I got this thing for 5 bucks at TJ Maxx, purely out of curiosity.

Most of the Cykons have a similar body shape and style, with the difference often only being color and stickers.

Quikrip is some kind of import motorcycle, probably Japanese. Robot mode is weak. The body holds together well, but the front wheel is left floating and doesn't securely connect to anything. 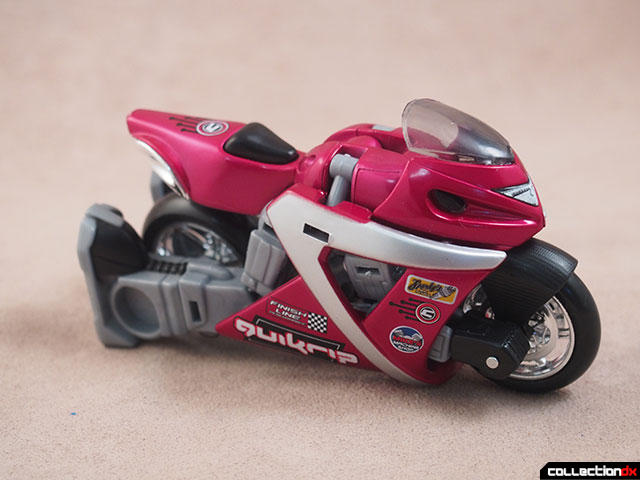 The back is worse, with blatant feet-for-exhaust and no connection to the seat that just floats there. Aside from the cowl over the engine area, nothing pegs together to keep a cohesive cycle mode. 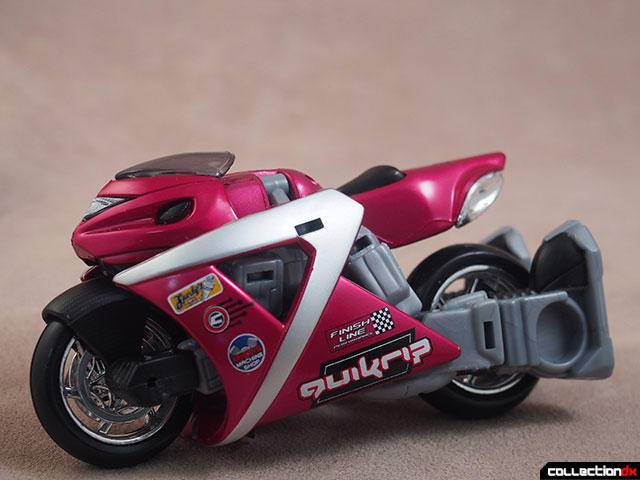 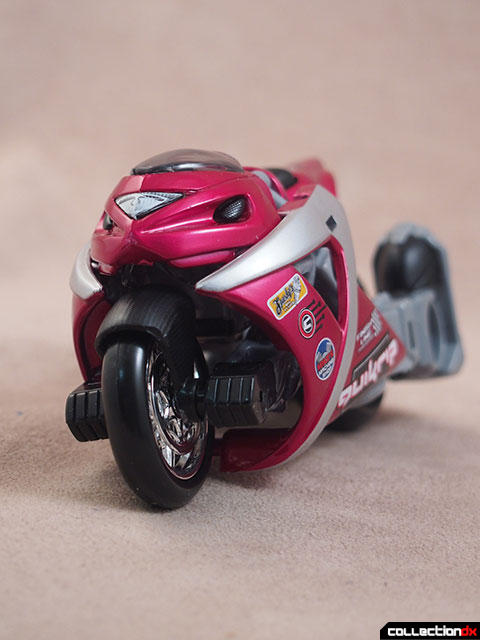 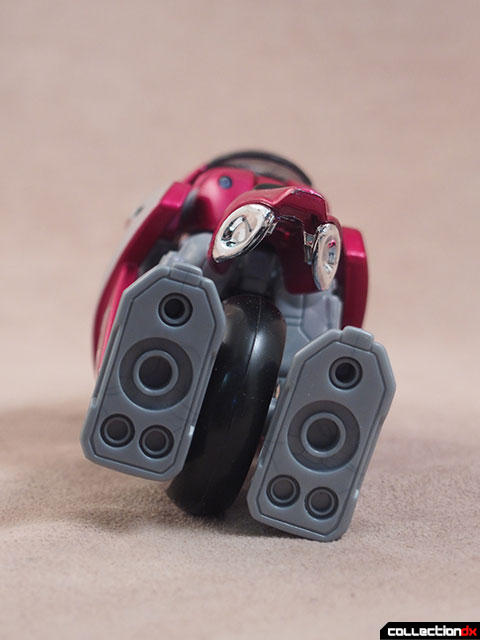 I'll give it this - transformation is simple, and pretty intuitive. The resulting robot again is imprecise and floppy. It's not clear how things are supposed to go, as can bee seen with the engine cowling that becomes wings. 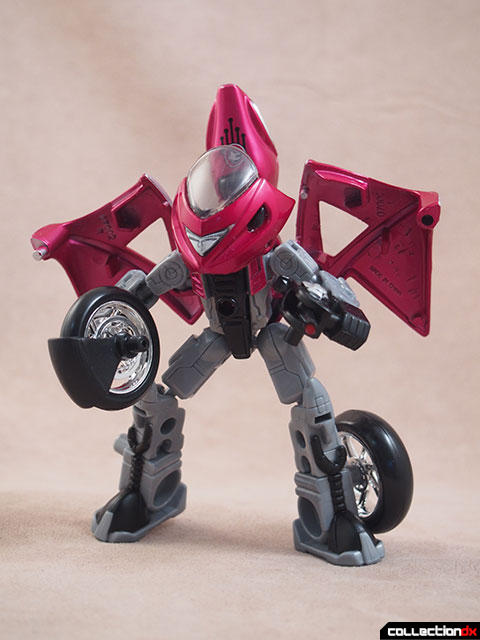 The face is just a sticker on the front of the bike. It took me a minute to see it. 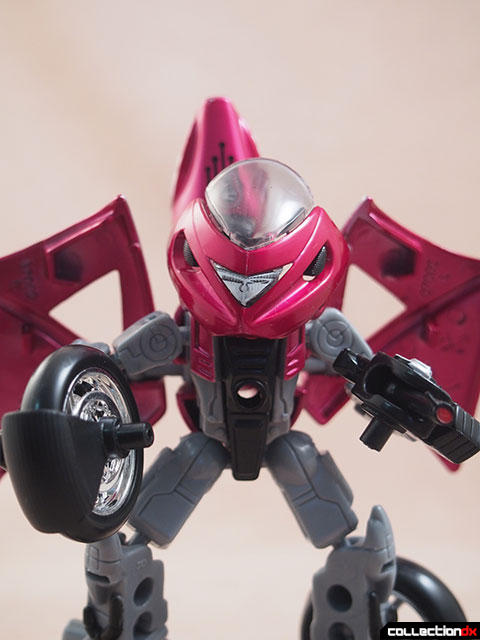 Both wheels are permanently anchored to their hand and foot. It would have been better if they connected somewhere else, or made a weapon, but maybe the designers felt it was better not to lose them. 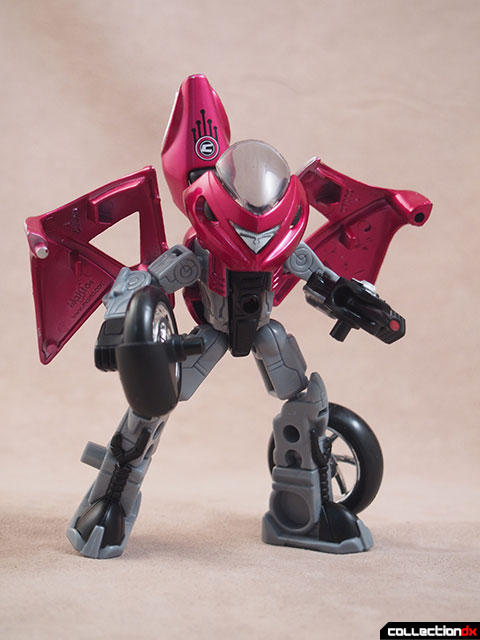 Each joint is rather loose, making holding a pose difficult. The head section is extra floppy. 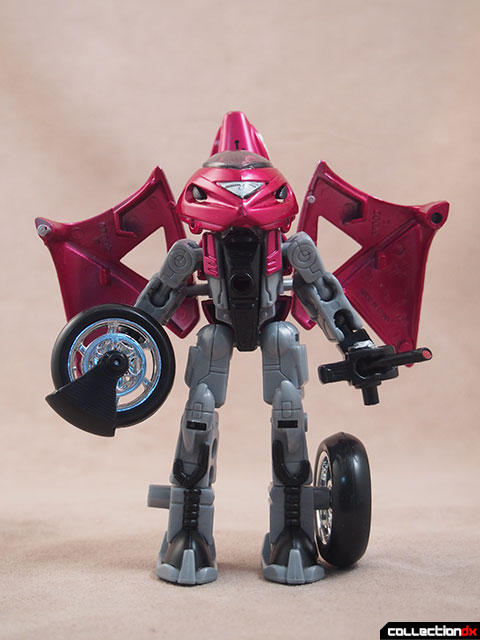 There's also a weird gun that has no real purpose in cycle mode, but it stores inside anyway. It looks like it should make a kickstand of some sort, but I have no idea.

It fits securely in the hand, and one part of it is hinged. 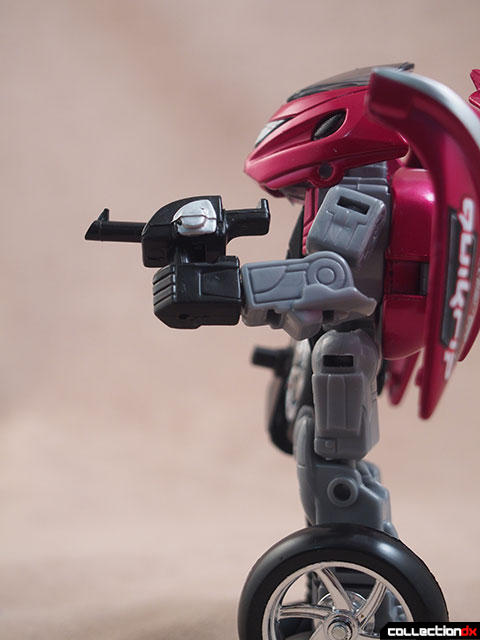 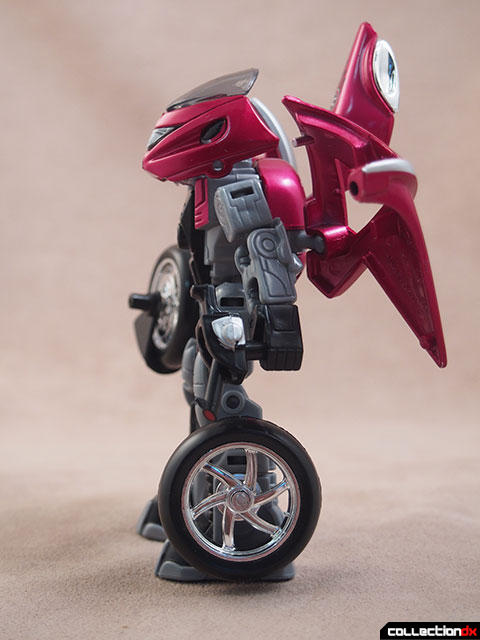 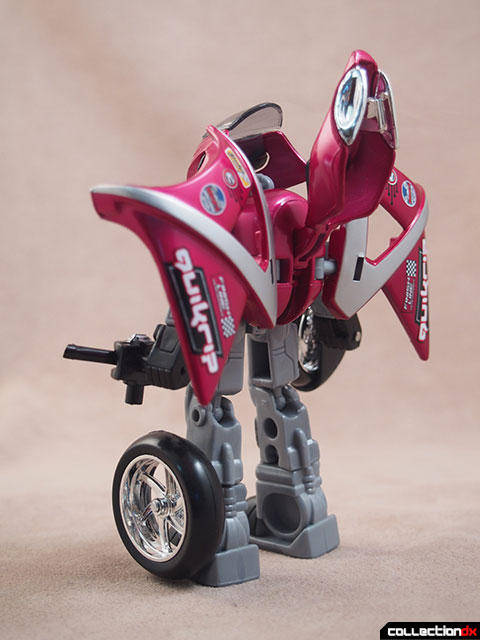 The finish is rather good though, with nice metallic paint on the outer shell, and no noticeable flaws or QC defects. It's really just the design that sucks. And despite Maisto being known for die-cast cars, there's no die-cast metal in this at all. 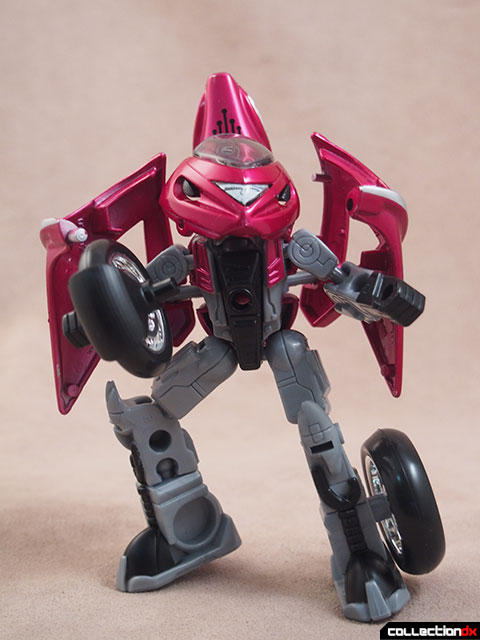 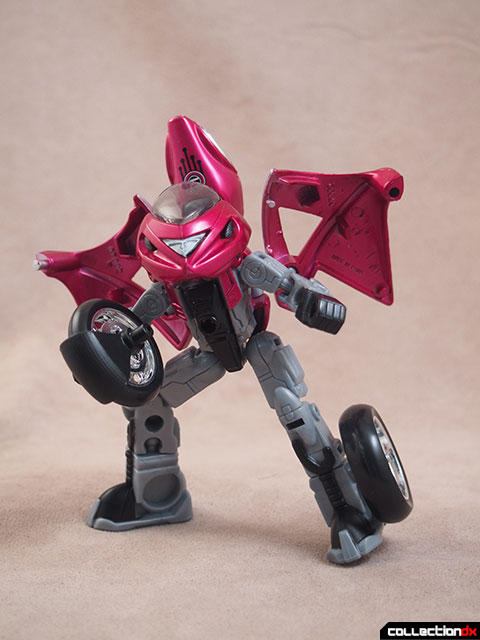 Skip it unless you have some sort of morbid curiosity.

It kinda reminds me of the Matchbox Parasites, the cheap-o line of sub-formers

Anyone seen "arch" from this line? He's the only one I haven't seen at TJ maxx or Marshalls.