Princess of the Crystal

In 2011, Kunihiko Ikuhara (the man behind “Revolutionary Girl Utena”) put out a little show called “Mawaru Penguindrum.” “Penguindrum” told the story of three siblings, brothers Kanba and Shouma, and their dying sister Himari. One day at a penguin habitat, Himari puts on a penguin hat and is transformed into the Princess of the Crystal, a bossy, angry magical girl, who tells the boys that they must find something called the Penguindrum in order to save their sister’s life. The mission to find the Penguindrum takes the brothers down the rabbit hole of their personal traumas, the crazy lives of the people around them, and even into the dark heart of terrorism. Oh, and there are penguins. 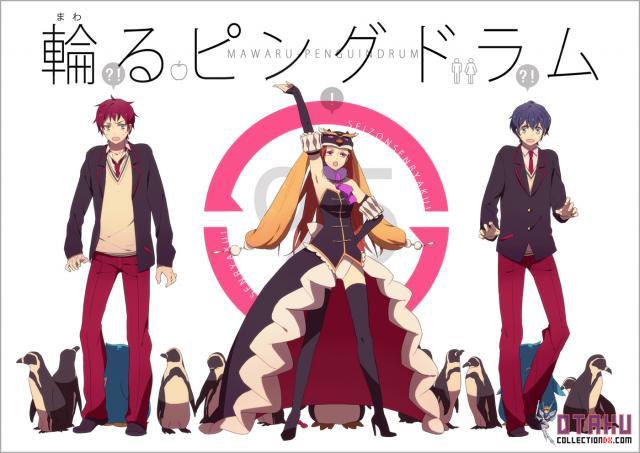 Think that synopsis sounds… odd? You have no idea. “Penguindrum” is made of beautiful art, heartbreaking back stories, crazy twists and turns and some of the most bizarre stuff you’ve ever seen in an anime. The result is a plot line that sometimes you have to decode to understand completely (very “Utena”), but ultimately, incredible. 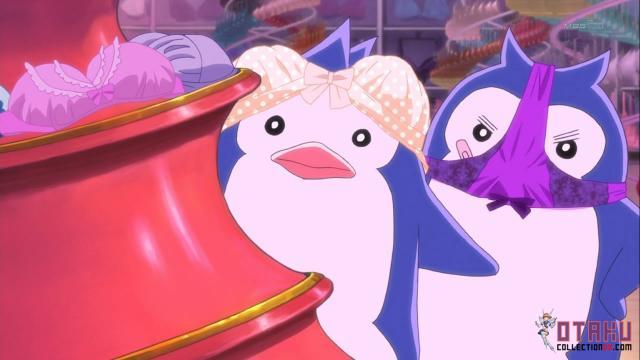 I obsessed about “Penguindrum,” and my love for it was only complicated by the fact that no one had heard of the show. It’s hard to be so in love with something that no one else has heard of. Luckily for me, Japan loved it too. Thankfully, after a year and a half of loving this show, merch is finally landing in the states - starting with the Nendoroid version of the Princess of the Crystal. 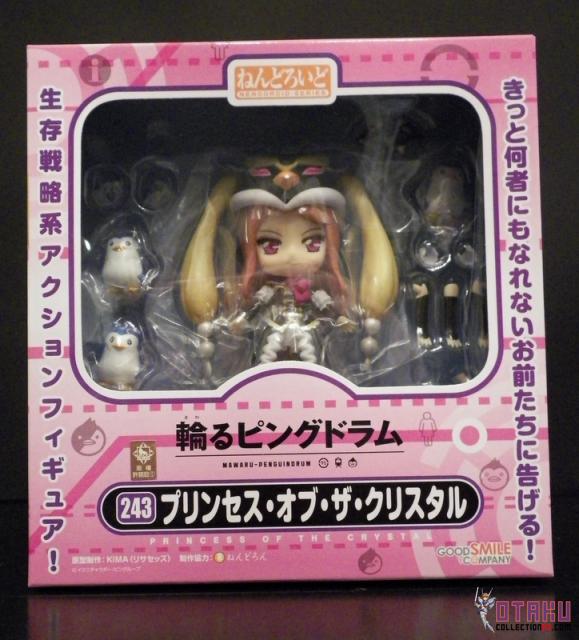 You can see that it’s a large box, which is good - that means accessories. So let’s look inside! 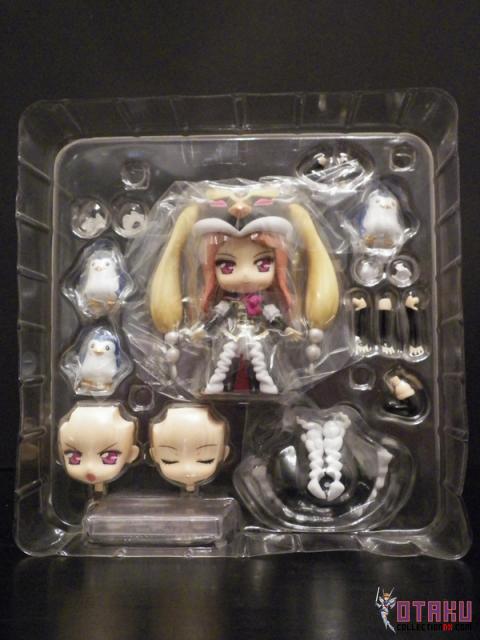 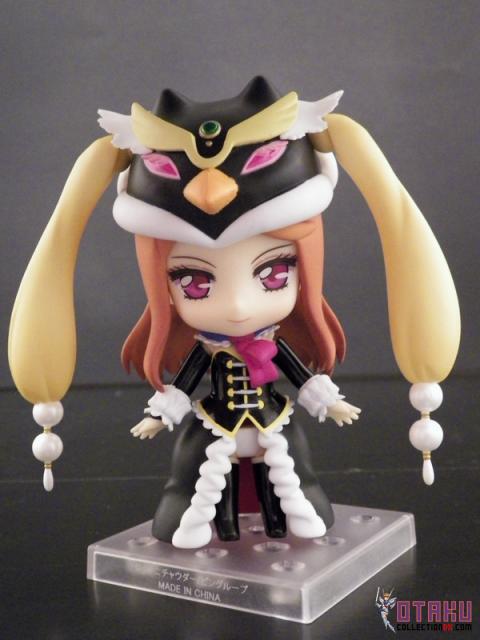 And here she is! The princess is wearing her big skirt, her puffy cuffs, her scarf and the penguin hat. Note that the eyes on the hat match her eyes - that’s a plot point in the show. It’s a nice touch.

Let’s look at her from top to bottom. 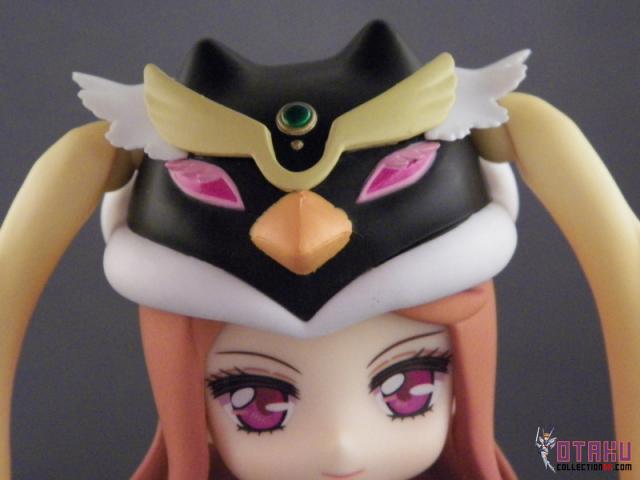 This is the emperor penguin hat that turns Himari into the princess. It has the long ears, which are on the same joint mechanism that is usually found in Hatsune Miku’s hair. Those white fins are pretty thin; they’re definitely something I’ll be careful around for fear of breakage. 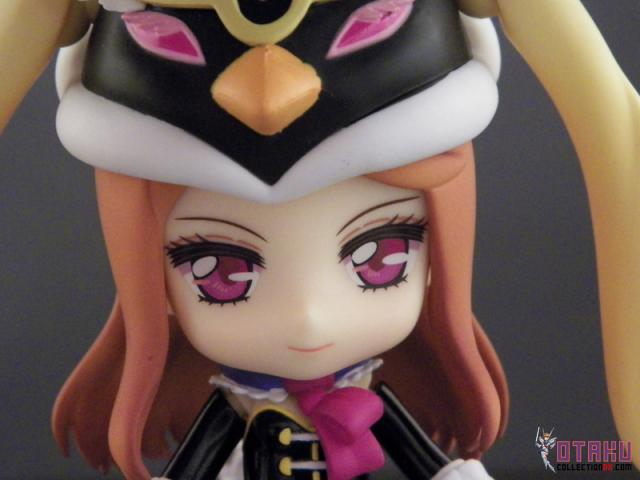 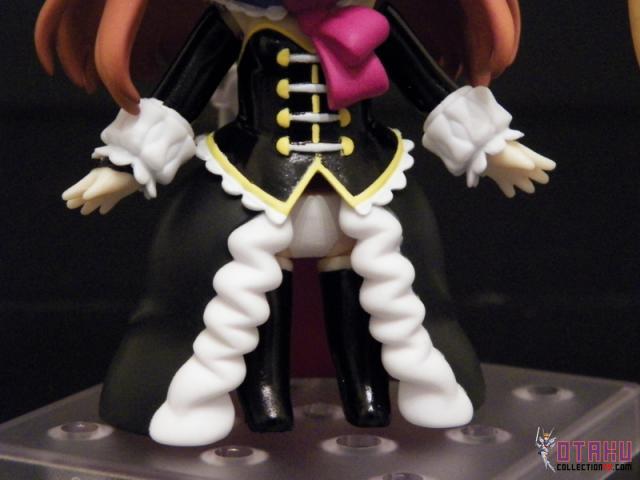 Her outfit is pretty dominatrix-inspired. I like the cuffs; they’re a nice touch. They come off easily. You’ll get to see more of her base outfit when we strip off the extra pieces.

From the back, you can see the stand plugs in beneath her hair. I absolutely hate that; it’s one of my least favorite things on Nendoroids. It’s a pain to manouver, and usually forces the Nendo to look down. 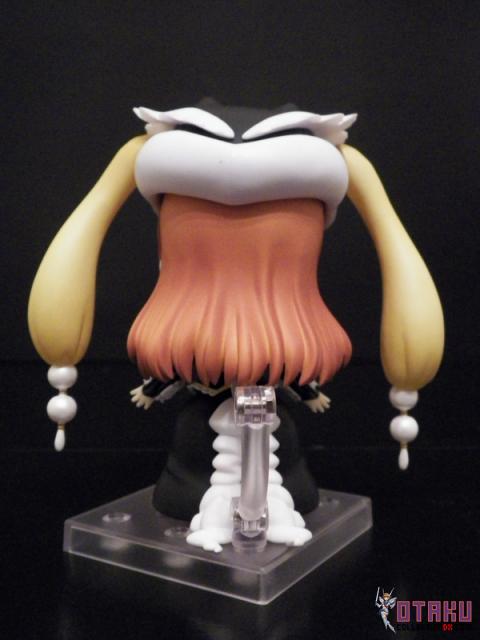 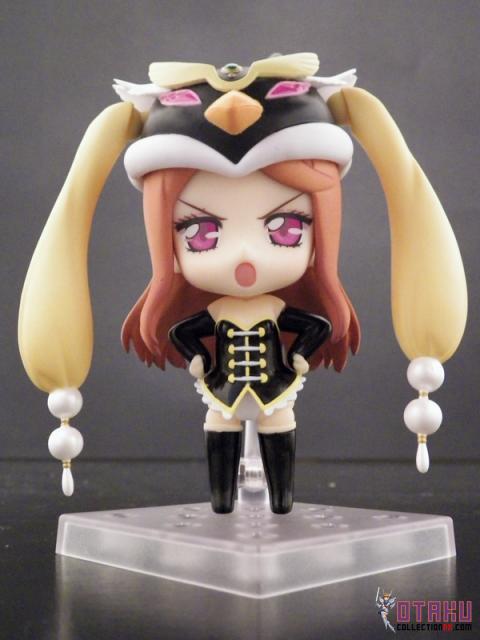 This is what she usually looks like when bossing the boys around in the show. I love this face. 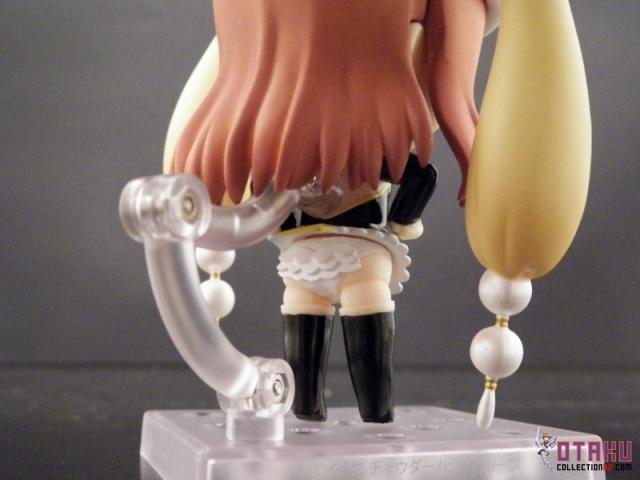 She has ruffled pantsu. 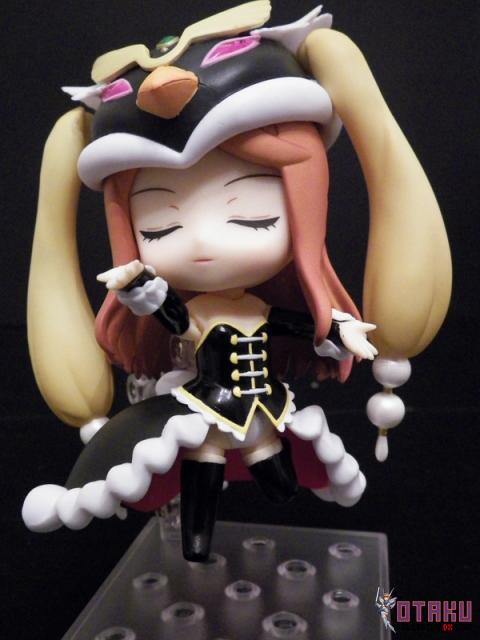 This is what the Princess usually looks like during her transformation sequence. She’s got a new face, arms, and a new bent leg. I’ve also switched her out to the fluffier skirt, which I think looks lovely. 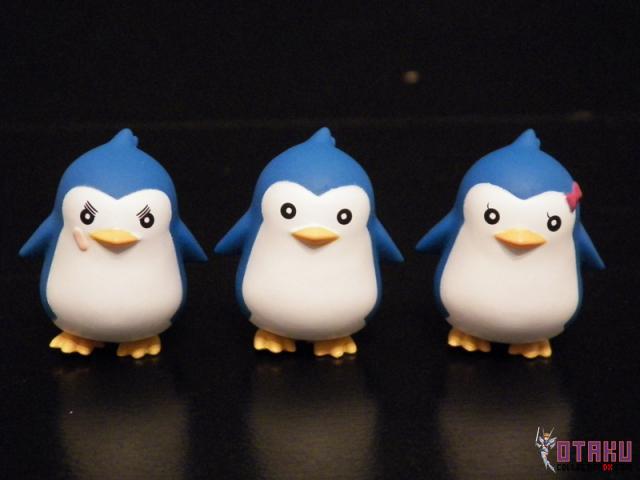 I mentioned the penguins, right? These guys don’t have names - they’re all numbered. Each sibling has a penguin, invisible to anyone not them. The one with the bow at the end is nicknamed Threetie, because she’s sweet-tempered. 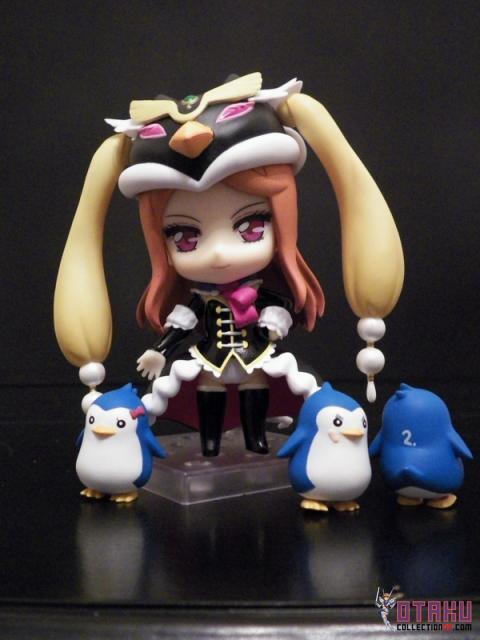 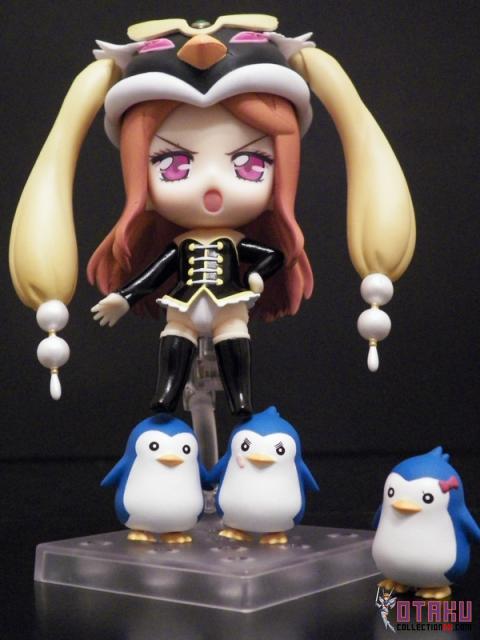 This was supposed to be one of the big, important poses for this figure. It’s not as easily done as I’d hoped; there’s no way to secure the penguins to the base or her feet to the penguins’ heads. This means that you just kind of hover her over the penguins and hope for the best. Lame.

That aside, this figure is very pretty, a lot of fun to play with, and most importantly, I’m crazy attached to it because of my love for the show. She’s going to get a sweet display spot in my collection.