I’m only a middling fan of “One Piece,” but when it comes to the ghost-having, horo-laughing, wide-eyed, pink-haired Perhona - well, I’m sunk. She’s my favorite, hands down. That why I was so jazzed to see that the ever amazing Tamashii Nations Blue Fin send me a box with not one, but TWO of the little pink badass. More on the second one later.

Right now, we’re looking at Figuarts Zero Perhona (or Perona, depending on who you ask. The box says Perhona, so that’s what we’re going with). She’s the New World version. 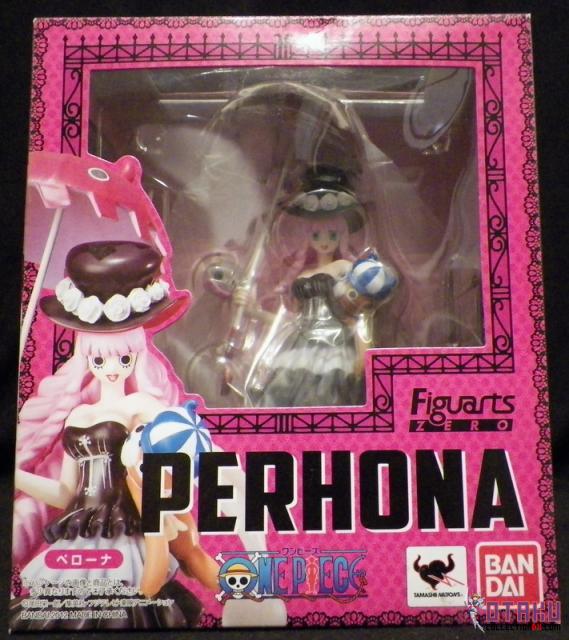 And the top of the box. I really dig the look of it: 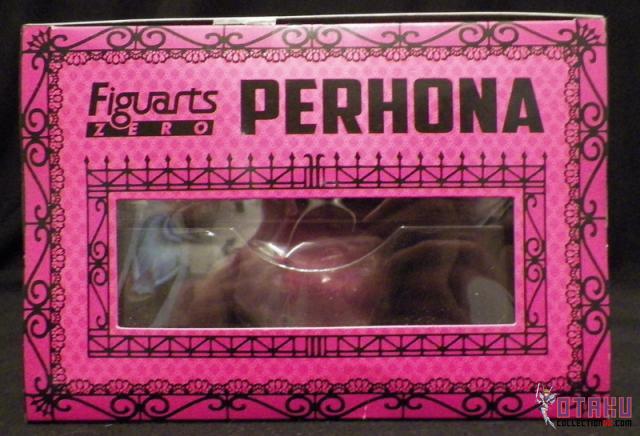 Out of the box, here she is in her plastic casing: 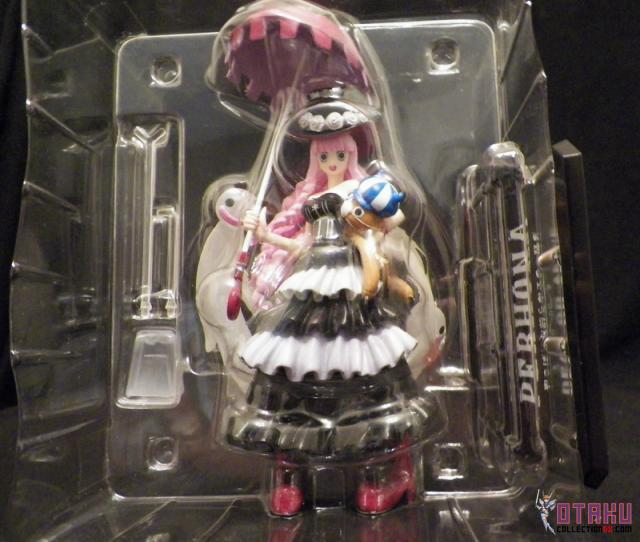 And now out of the case!

She stands on a rectangular black base, with her wanted stats: 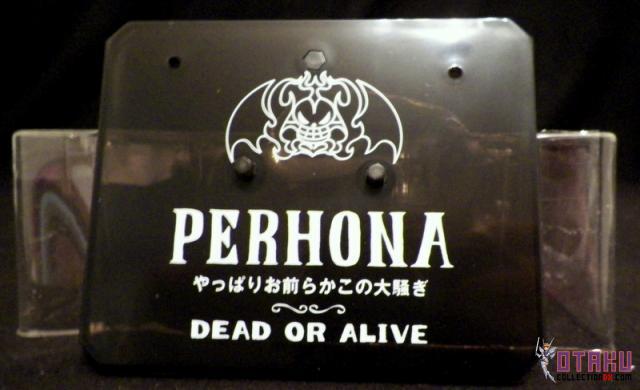 She also comes with three supports, which really are unnecessary. She is perfectly stable without them. 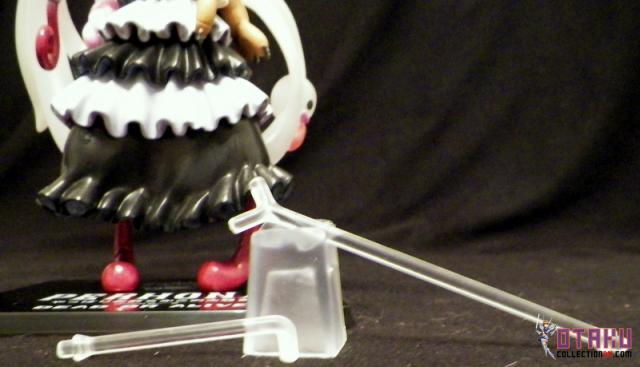 Let’s turn her, so you can see her ghosts a little better. 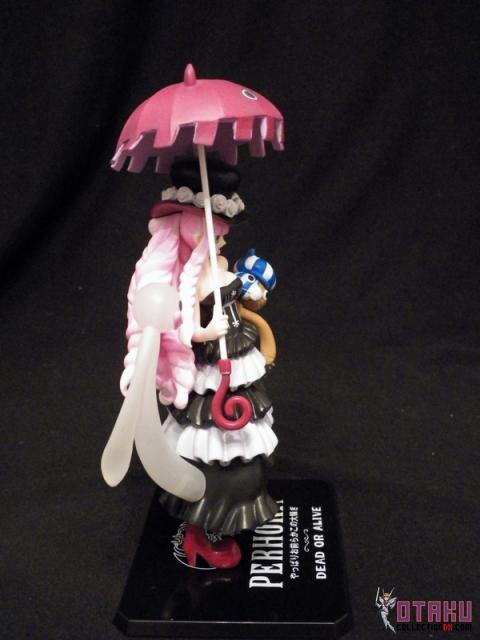 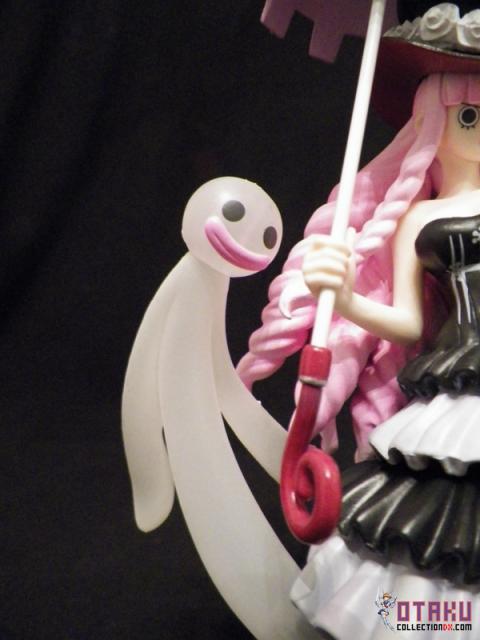 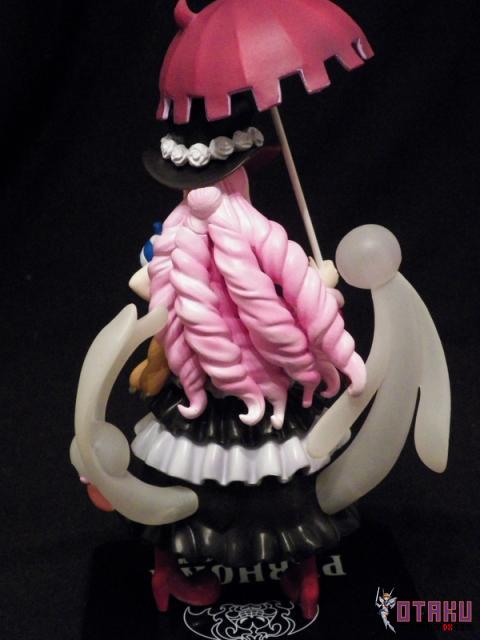 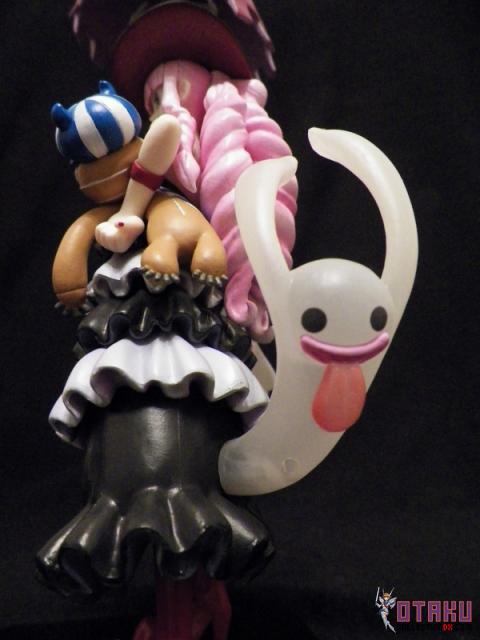 You can see some of the spots where the supports plug in on the ghosts.

And from the top: 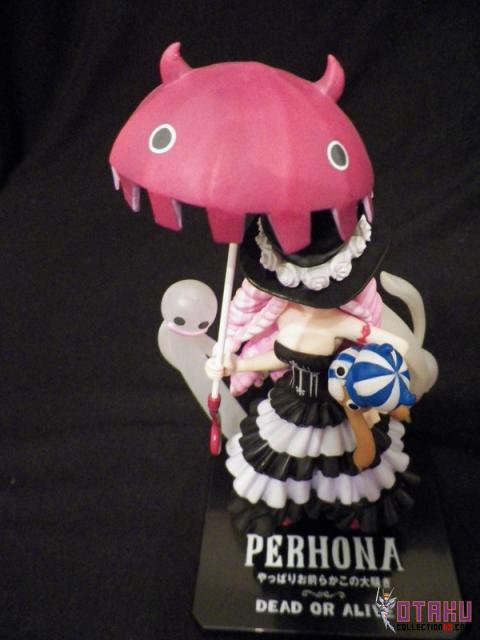 Here’s a closer look at that umbrella: 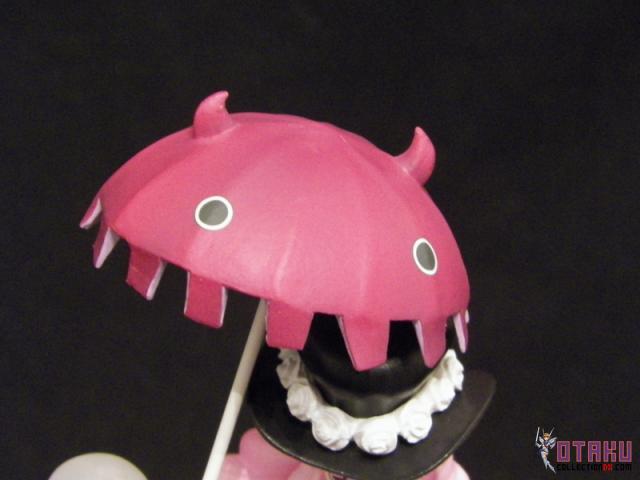 As you can see, the little teeth on the edge aren’t perfectly in-line. They kind of look like they’re waving in the breeze a bit.

And now for some of the details on the figure: 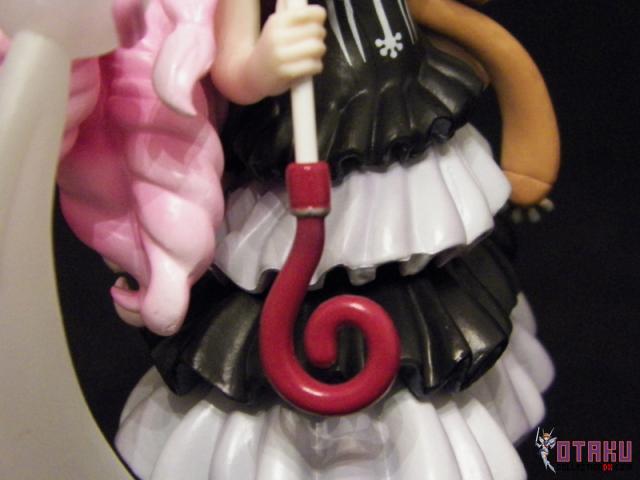 Here’s the handle on her umbrella. And now for the bat tattooed on her arm: 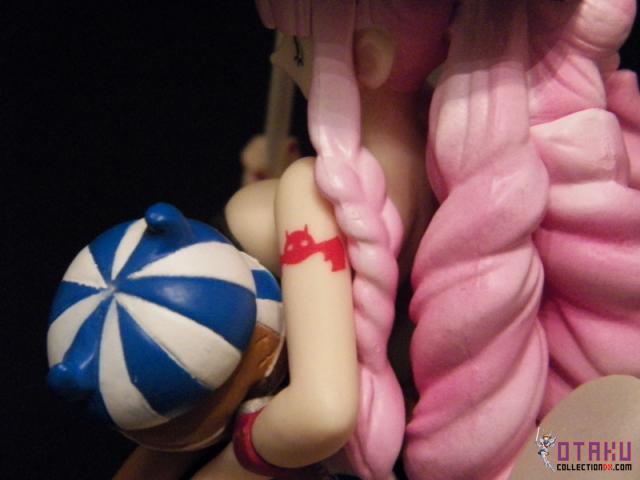 What about that sweet little gagged bear in her arm? 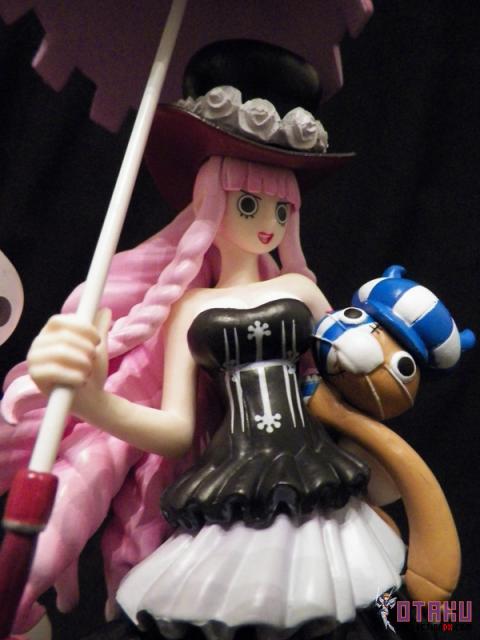 All around, she’s quite the beauty. She has a few spots where the sculpt is rough - there are thinly visible seams on her flowers on the hat, and one ghost has a few dark smudges on it. But for the most part, she’s utterly lovely and well worth $50. 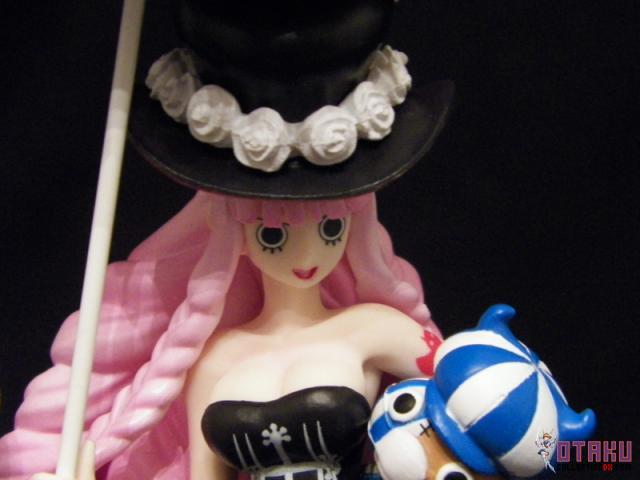