With the re-appearance of the “-Monogatari” series this winter season, (and hallelujah for it), the girls of NisioisiN’s series enjoy a rise in their stock. One of the best of “Bakemonogatari,” Nadeko Sengoku has a little problem with a snake. Her personal aberration? A classmate cursed her to be slowly strangled by a snake. Ouch.

Here’s thox. Pretty standard. I think it’s interesting that you can’t really see her head, given her tendency towards shyness and hiding. 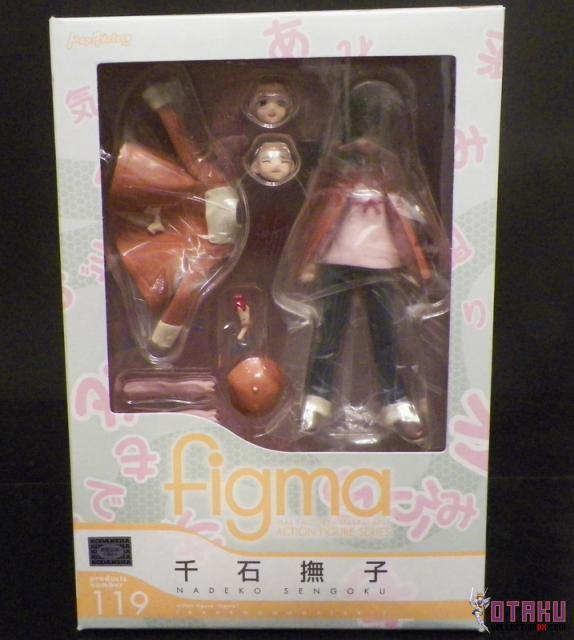 And now in her casing: 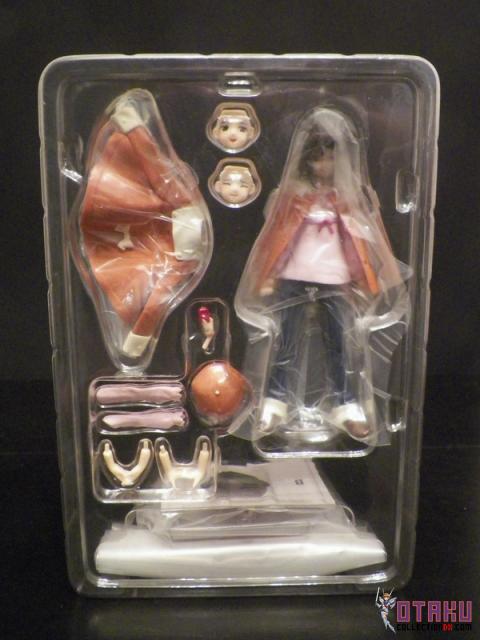 Here she is out of the box! 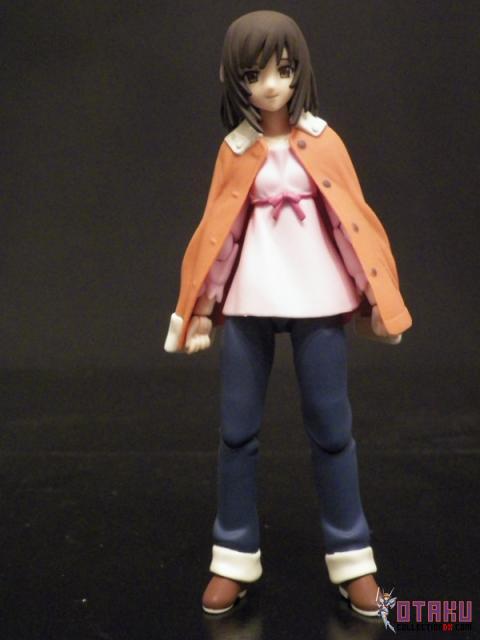 You can see she has every inch of her covered in clothing, including her jacket. She also comes with a cap; we’ll get to that later. 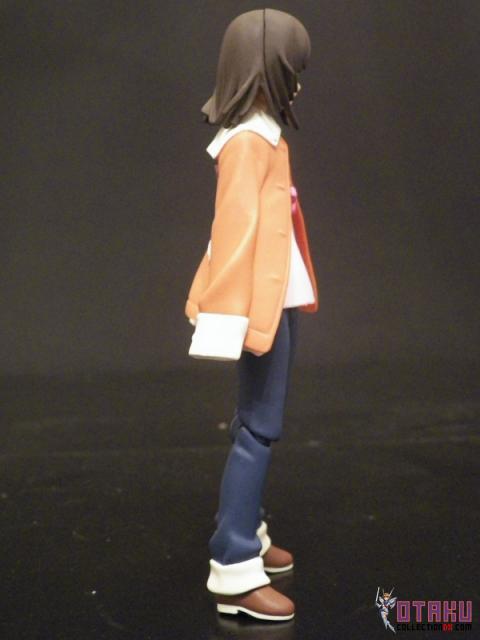 From the side. She can easily stand on her own, despite having the stand with the traditional figma arm. 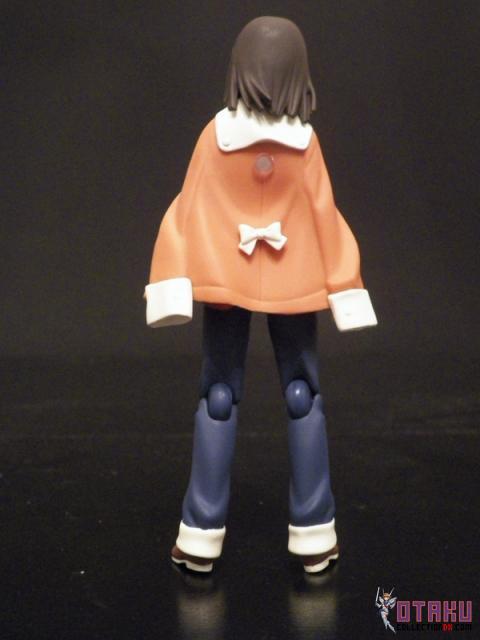 You can see the large stand port in her back.

Now, without her coat: 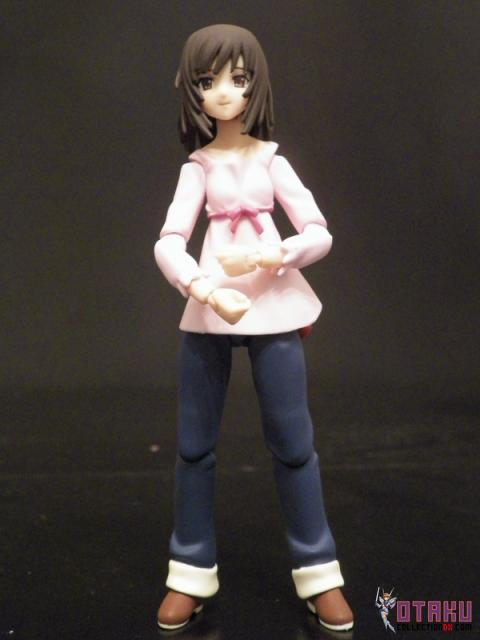 From the side, you can see her red pouch hidden just below her shirt. 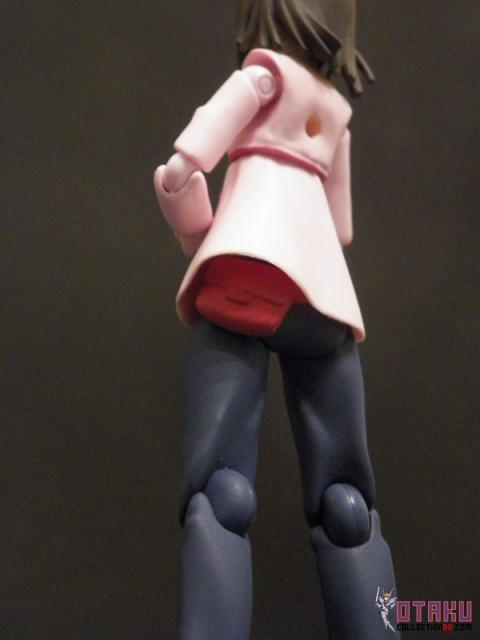 She has a pretty good wingspan. 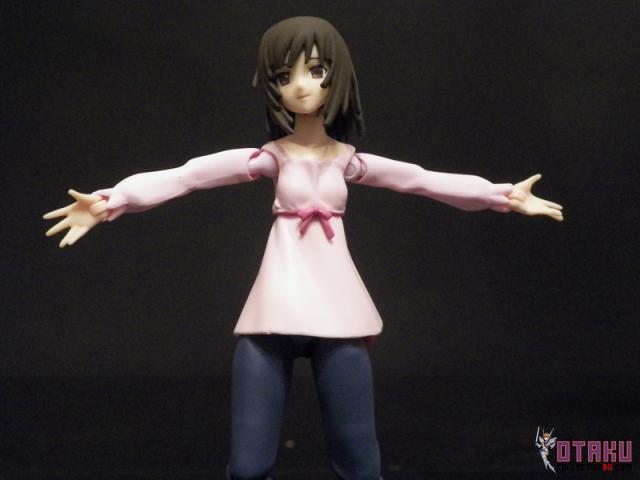 One of the important bits of the story involves the snake twisting Nadeko into painful positions. Her figma body allows for this. 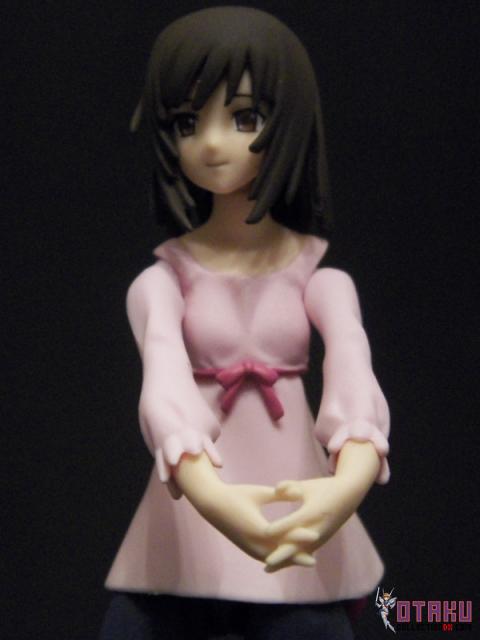 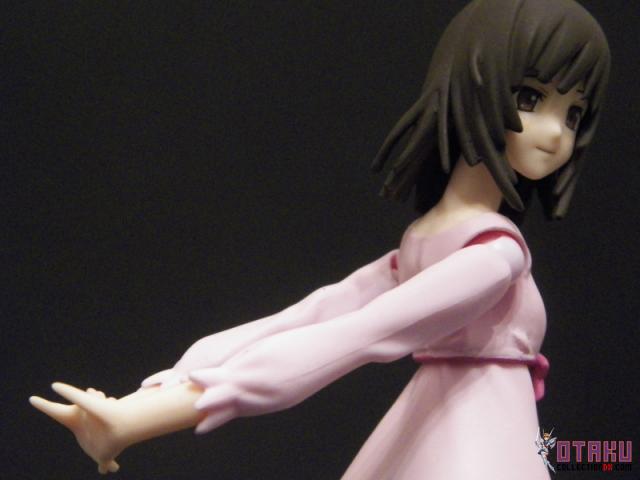 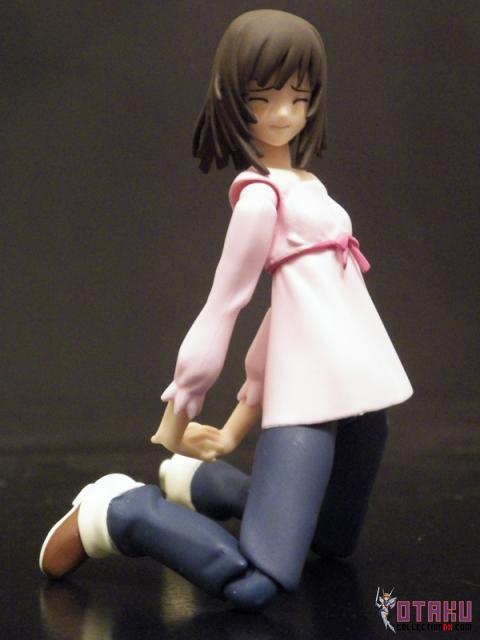 She has two other faces. On the pictures above, she’s wearing her pained face. Here’s her happy face: 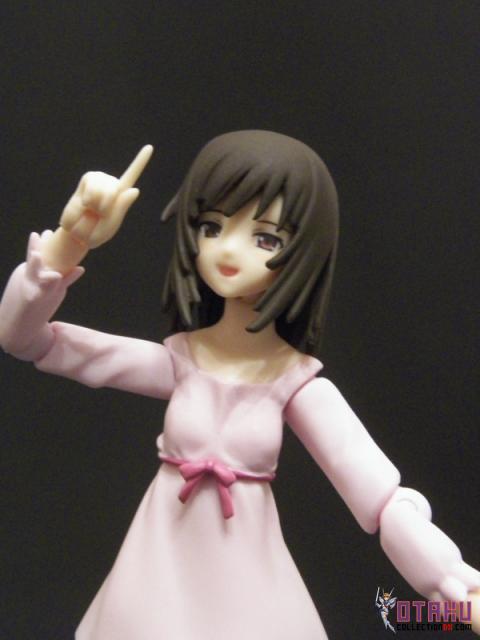 She also comes with her cap and another jacket. It’s more of an action shot jacket, I think. She also has a little red cell phone. 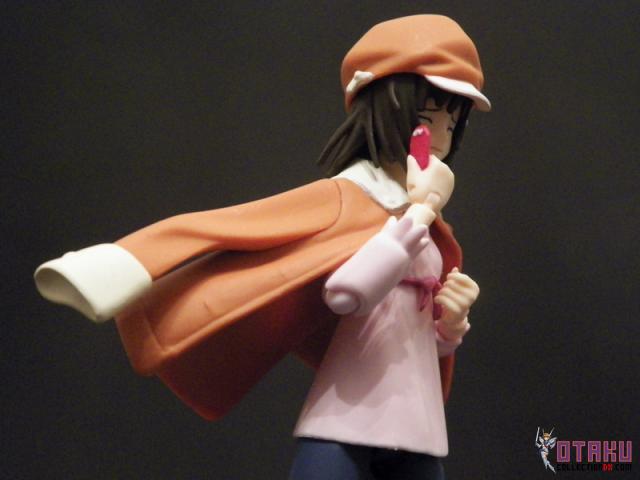 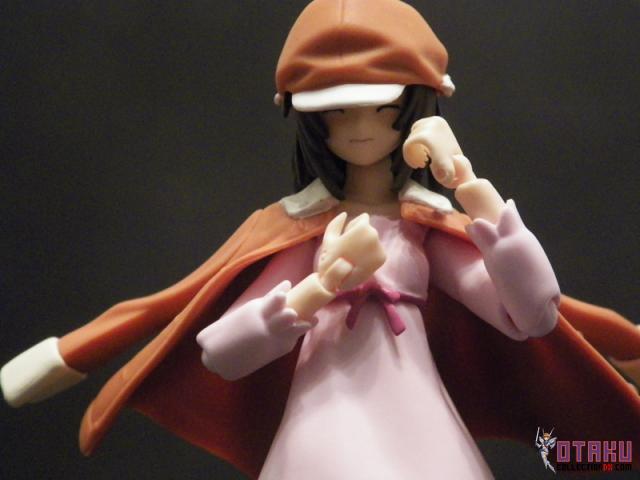 All-in-all? She’s a decent figure. She’s not one of my favorites, but certainly not awful. You cna pick one up, if you like, at Angolz.