I haven't watched a whole lot of Garo, and my knowledge on the show is actually pretty limited. Despite that, I absolutely love the monster and armor designs from this show. I have not gotten far enough in the show to know about who the Dark Knight Kiva is, other than that with a name like that he HAS to be a bad guy. Despite this, though, I was more than willing to check him out.

This figure is a part of the Makai Kadou line, a larger scaled line that seems to be a pretty similar size to SIC figures, so approximately eight inch scale. 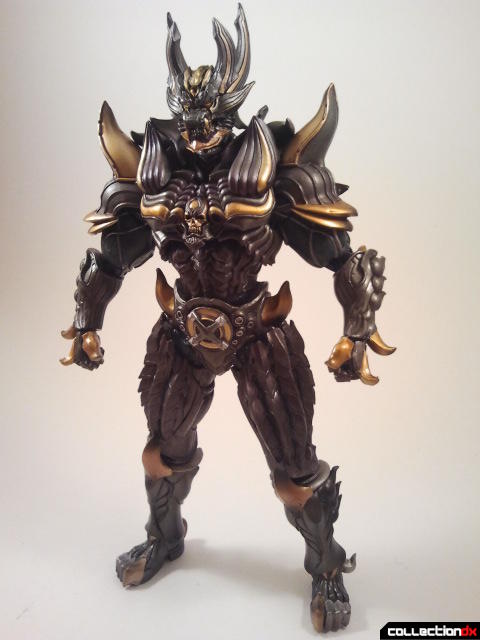 The first thing I noticed about Kiva (Or Kiba, depending on who you ask) is that the sculpt on him is beautiful. The Garo designs are very ornamental and organic, which makes them stand out from the rest of the various toys that Bandai puts out. All the paint apps are spot on and precise. 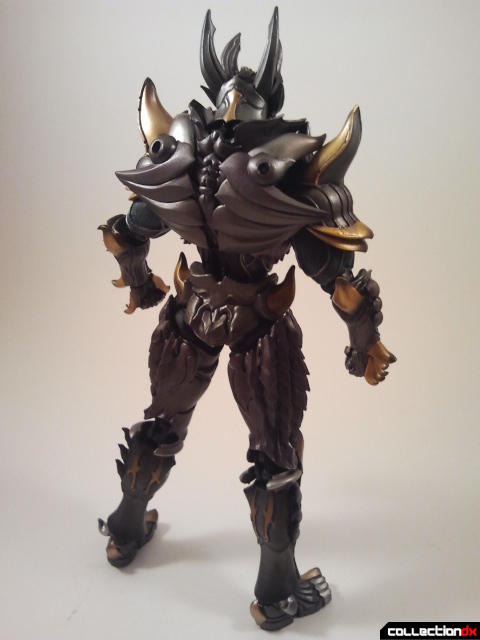 The head in particular is very well sculpted and sharp. It oozes not only with evil, but more so a primal ferocity. The jaw can move as well, although it's a little limited by his surrounding collar sculpting. 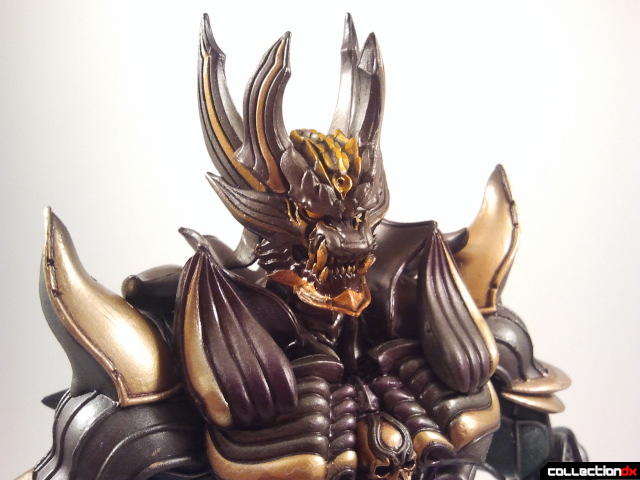 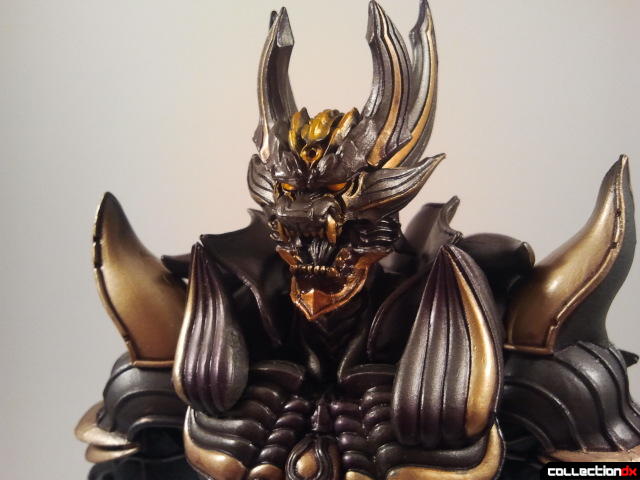 I love that it looks like there's a spine sculpted and going down the front of his armor and body. It really blends the lines between whether this is armor or Kiva's actual body. 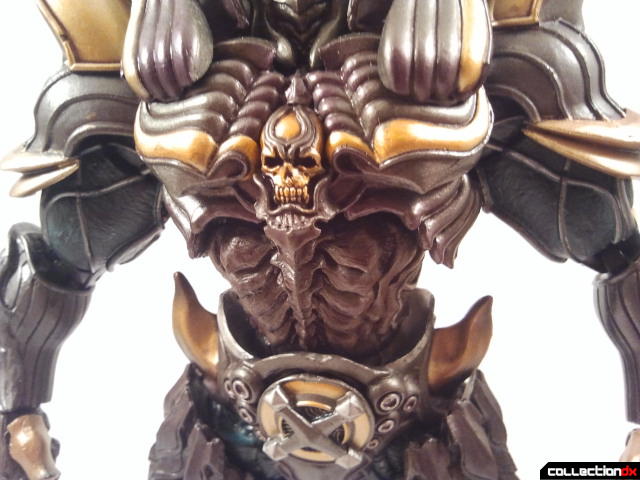 Despite Kiva's amazing sculpt, he suffers pretty heavily in the articulation department. A lot of the articulation is awkwardly cut, or just doesn't work. The worst parts are his legs. Although they are on ball joints, and even feature the pull out joint from S.H. Figuarts, his thigh armor is too thick so he can't actually bend his leg forward at all. His shoulder pauldrons are too bulky and because of that you can't get the arms to bend out, they can only rotate. On top of that, the ankles are only ball joints, which is both disappointing and limiting. 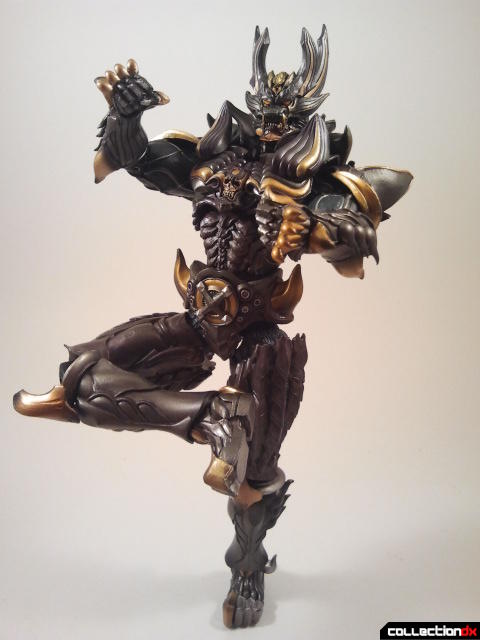 Even though Kiva's articulation is a major downside of the figure, his accessories are not. In addition to his fists, he also comes with holding hands, very evil looking splayed hands, and quite a few weapons. The first is a gorgeous sword that easily fits into either hand, although a little bit loosely. 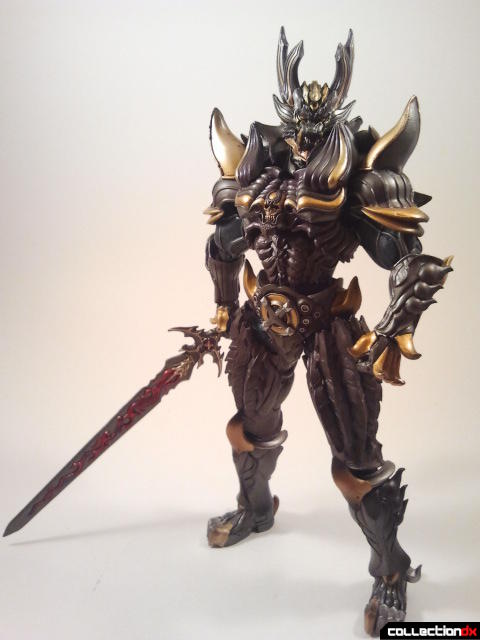 The more exciting weapon, though, is his giant halberd. The handle of this weapon is actually metal and adds a bit of heft to it. It also means that the paint can chip pretty easily on it. 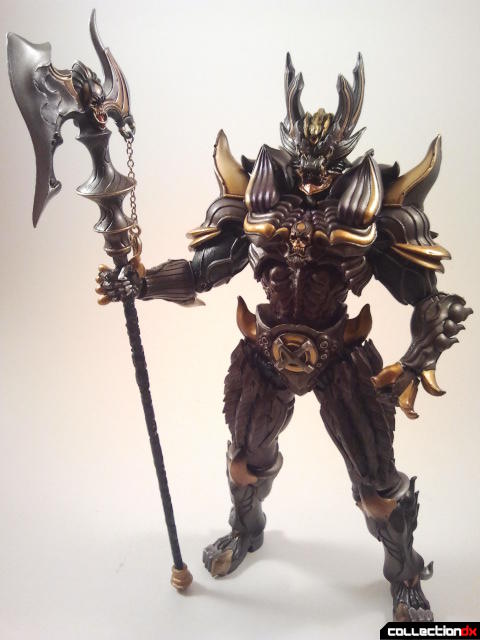 The tiny chain on the blade is actually metal and dangles quite freely. 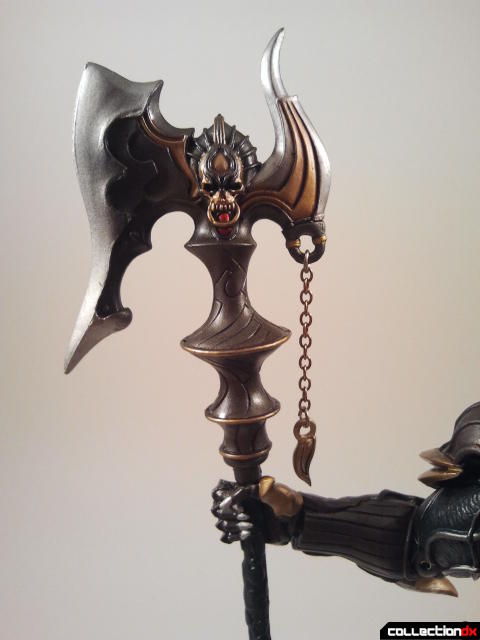 With just a little bit of fiddling and a whole lot of swearing, I did manage to get one action pose out of this toy! 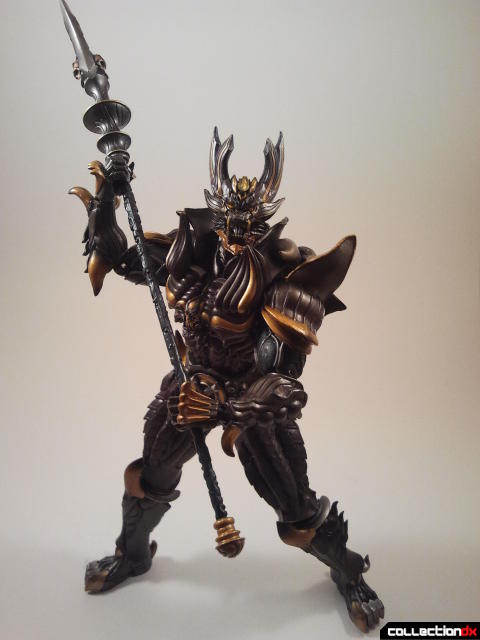 Kiva definitely looks his best just standing there and staring ominously into the distance as he prepares to kill some Horrors. 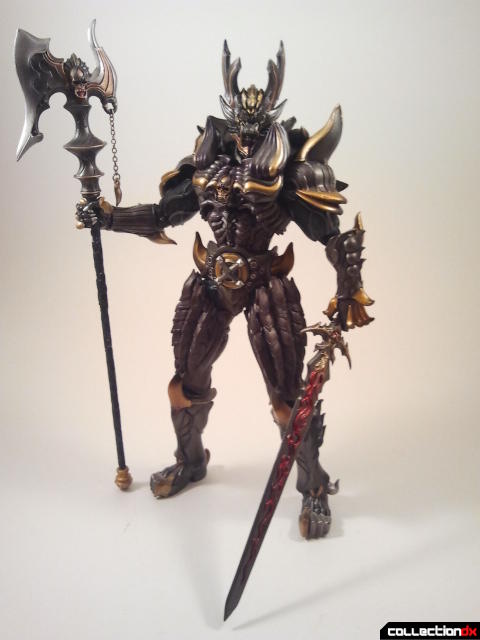 The last two accessories that Kiva comes with are also the two best in my opinion. The first is a giant, magnificent cape. The cape is a softer, slightly transparent material that gives off a truly ghoulish and demonic appearance. 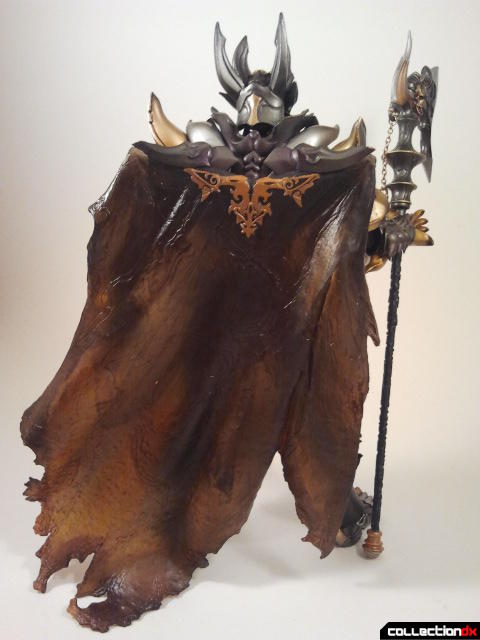 In addition to the regular version of his sword, Kiva also comes with a version that is covered in flames. The sword is clear plastic with a gradient effect on it and I think it looks AWESOME! 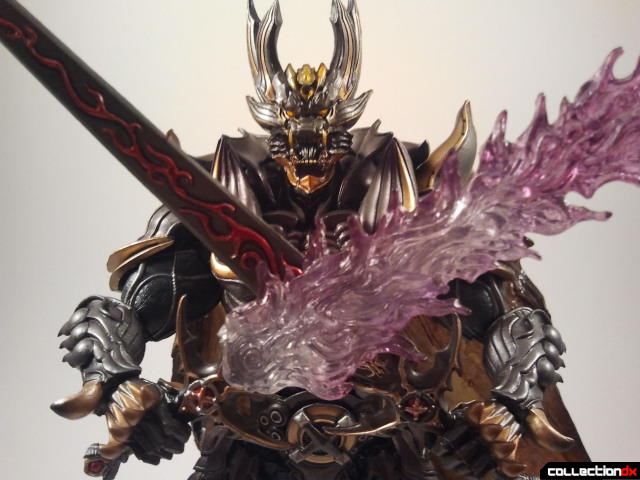 I know that he probably shouldn't be able to hold both swords at once, but I really don't care because two swords are better than one. 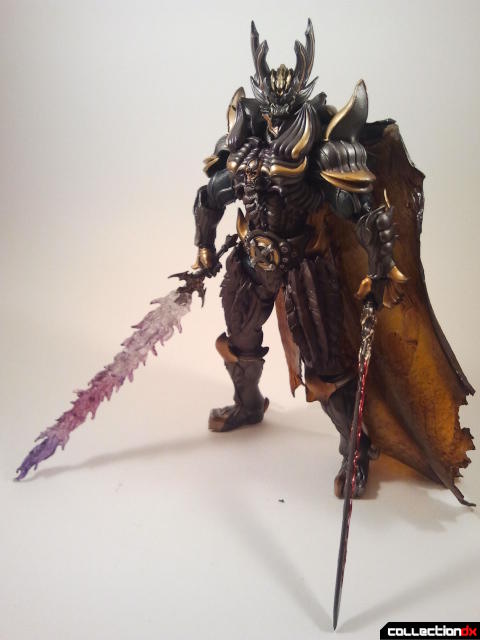 I find that a lot of the problems with the Dark Knight Kiva are the same problems with the Garo suits themselves in the show. They both are incredibly impressive, and the detail, paint, and sculpting really make them look like works of art. If you want them to do more than just stand there, however, then you're probably going to want to use your imagination (or CG in the case of the show) to really get them to do something awesome. Despite that, even though they can't do anything fancy or crazy in terms of posing, having them just stand there is enough. His shelf presence alone is enough to make him a piece worth checking out if you like Garo or think this design looks awesome.