Shi Wang Wuzhuang comes from the Chinese CG animation series Ultra Beast Force. The show seems to be some sort of sentai-type series based on what little information I can find online and the only English Google search results that come up are The Enthusiast’s 3-in-1 review and a few clips on YouTube. Since there is no official English translation for the show, we will just call Shi Wang Wuzhuang Lion King Force, or LKF to make things easier. 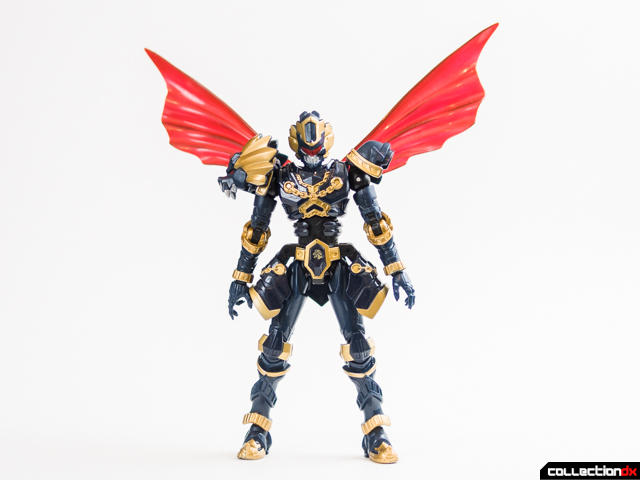 Lion King Force comes in a nice window box displaying the figure and contents. The figure comes with 33 points or articulation, 3 sets of hands, and a card with a scratch off code for some type of tie-in website to the show. You can definitely tell Auldey was going after collectors with these figures, the box and figure are very derivative of Bandai’s SF Figuarts line. 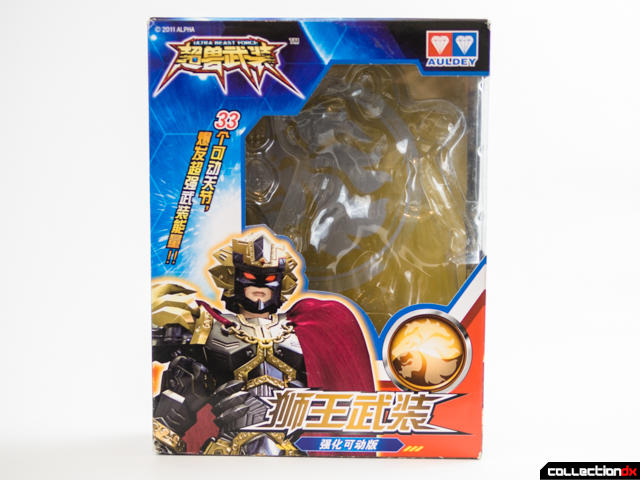 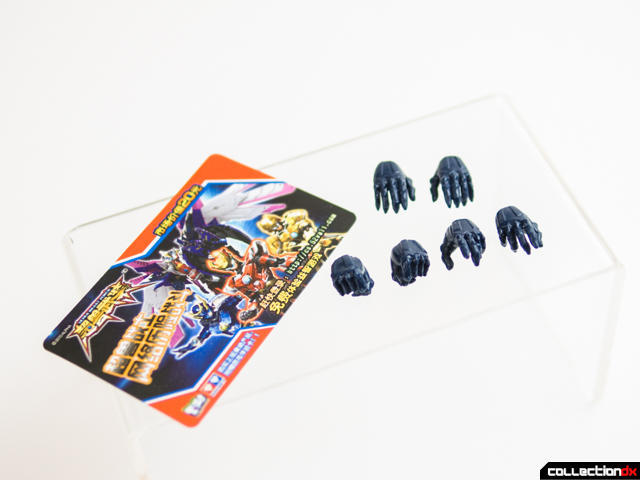 LKF seems to be the antagonist of Ultra Beast Force. The overall design is very good, and works great for the mysterious enemy/rival archetype. I love the Lion head shoulder pad which is very reminiscent of Lio Convoy and even LKF’s giant robot seems to be a transforming Lion. 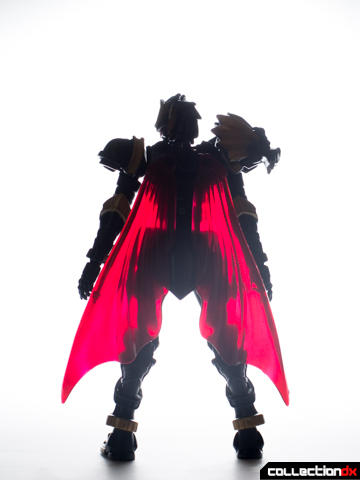 While LKF sports 33 points of articulation, the actual poses he can be put in is a bit lacking. It seemed like the designers copied the placement of joints from a Figuarts figure but never bothered to understand why certain joints are used. The rear skirt has no articulation so it severely restricts how far the legs can move back. The side skirts are attached with gigantic ugly hinges that only restrict movement in one direction. I don’t get why they didn’t go with a soft rubber skirt piece or just simply attached the side skirts with a ball joint to allow more movement. The feet also only have a single point of articulation which limits the amount of poses that you can put the figure in steadily. A swivel joint and joint at the toe would have improved stability. 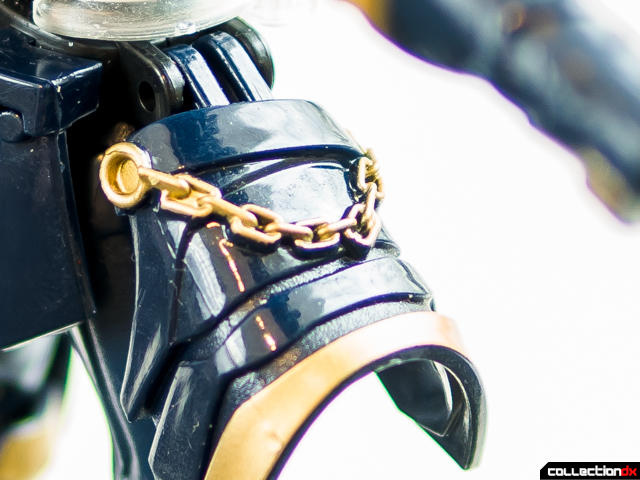 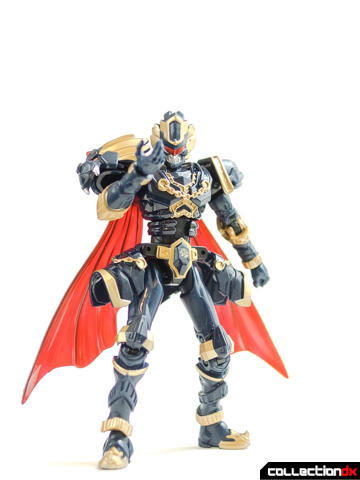 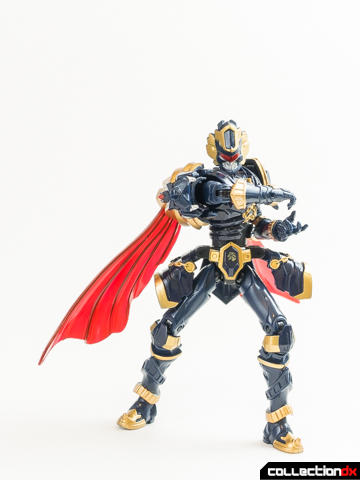 LKF’s head is attached by a ball joint but the design of the head severely restrictions its ability to look up or down. There is also a joint connecting the chest and abdomen, but it seems almost pointless since the actual amount of movement it provides is almost negligent. 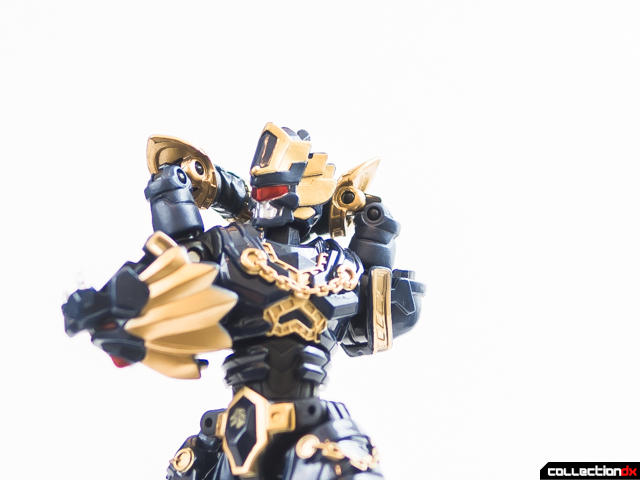 The entire figure is molded in a dark blue plastic, and while the figure has some fairy nice details, it looks a little bland due to the lack of paint applications Other than the gold, the only other color on the figure is the silver on the mouth and the red used for the eyes. I can’t help but feel that the figure would pop a lot more if they added some type of wash to the gold to bring out the details. 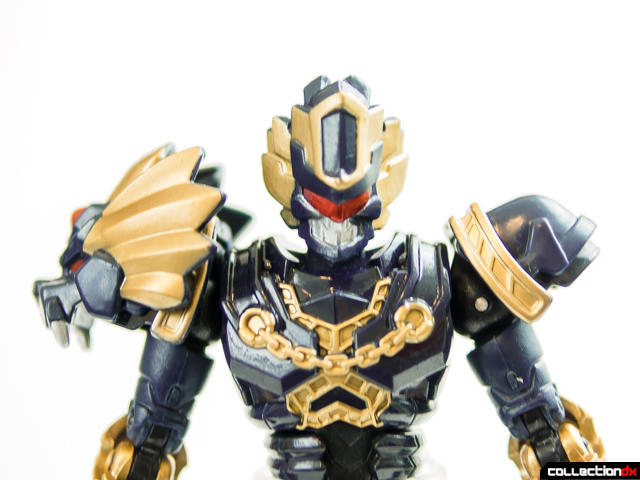 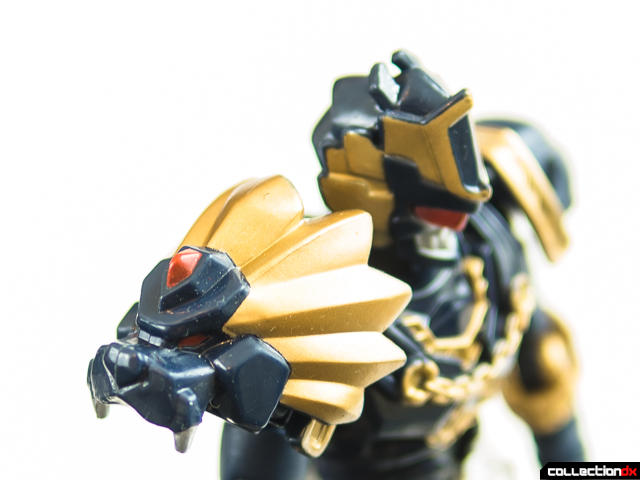 Other than the articulation issues, my only other gripe with the figure is the QC. While the Giant Saver toys I purchased had very good QC, LKF was not so fortunate. The reason half the pictures of LKF do not feature his very cool looking cape is that almost immediately out of the box, the piece connecting the cape to the body broke. The cape is attached via a ball joint which then plugs into the back of the figure. The second I attempted to rotate the cape, the ball joint decided to shear off the peg. I managed to pin the two parts back together, but that meant removing the screw that connected the peg to the back and I didn’t bother to glue the cape back into the body. 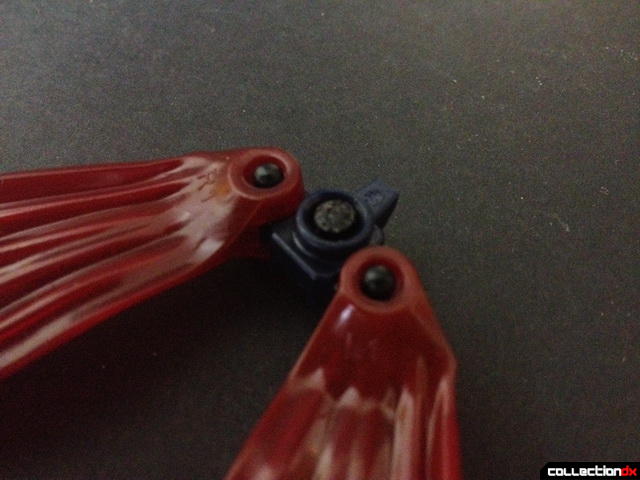 Even though LKF has some very poor articulation decisions, it is still capable of some decent poses. The arms have a good range of articulation and the double jointed elbows and knees allow him to get into some interesting poses. 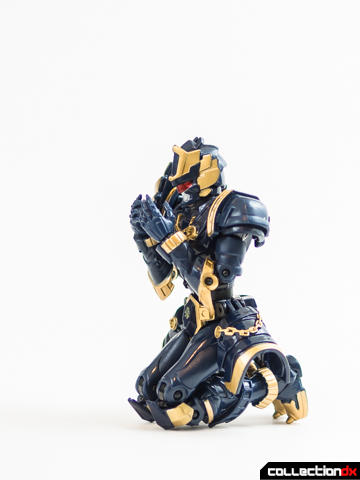 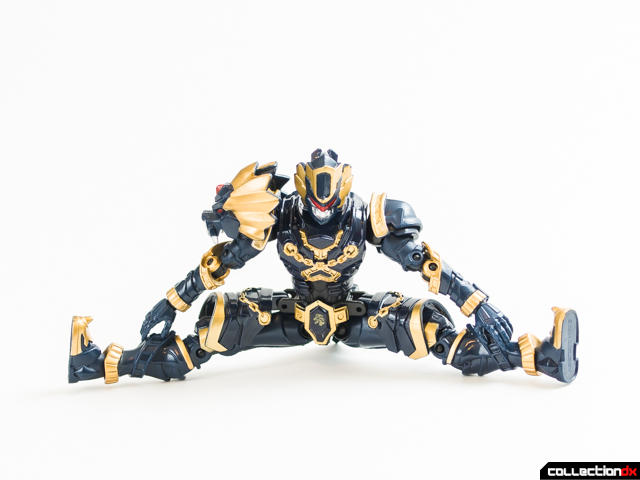 The joints connecting the legs into the hip can also extend out of the body a little bit, allowing LKF to kneel a little easier, though he cannot achieve the Iron Man kneeling benchmark. LKF is capable of performing a Kamen Rider Kick however. 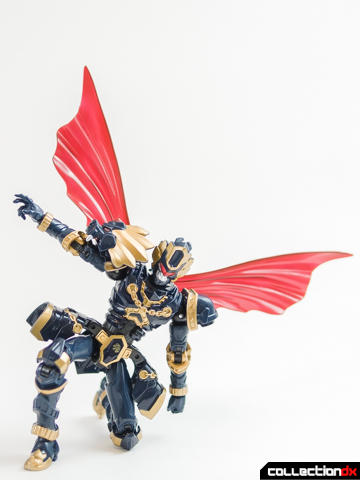 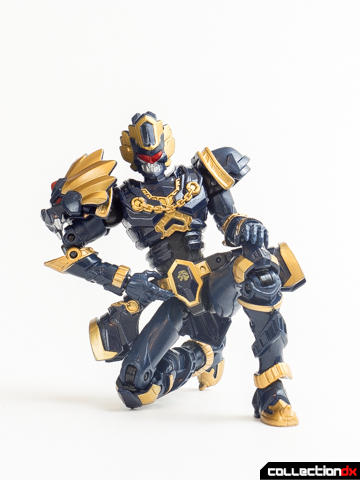 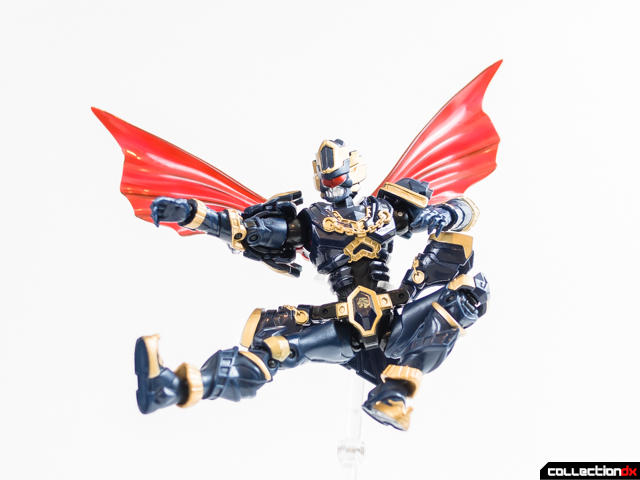 I realized after taking the pictures I had forgotten to take a comparison shot. LKF is roughly an inch taller than Figuarts Kamen Rider G-3. Excuse the mess in the background, I was too lazy to clear the table and set up my lights. 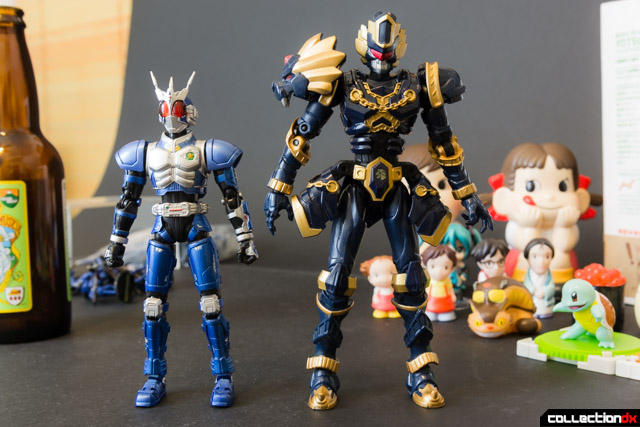 I’m probably being way too critical of LKF, especially considering it costs about a quarter of what an equivalent Japanese figure would cost. However, for a figure that is trying to emulate Bandai’s Figuarts line, there are so many questionable design choices that keep it from being truly great figure. While LKF isn’t on the same level as most Japanese figures, it’s still better than anything you’ll get from Bandai America. I would say it’s comparable to a Marvel Legends figure in terms of quality, but the ML’s have better articulation and paint apps.

At under 10 dollars, LFK is a decent figure with a lot of missed opportunities. I wouldn’t go out of my way to buy him individually, but he wouldn’t be a bad addition to a larger Taobao purchase. I guess compared to how nice the Giant Saver toys were, I was a bit disappointed in the quality of LFK. Given that Ultra Beast Force is about a year older than Giant Saver, this does say something about how far Auldey has improved in such a short period.