The SIC Kiwami Tamashii line continues to be one of my favorite toy lines. Which is part of the reason I'm so annoyed that the line is also not a major Bandai toyline, meaning we only get about one figure every three or four months. The wait and anticipation for the next figure to get announced is slow and agonizing, and having a year filled with mostly Orphenochs and a bike (Mind you, a pretty awesome one that turns into a mech walker) has made this a very dry and dull time for Kiwami Tamashii fans.

And then Kuuga Mighty Form was announced, and my faith and patience with this line has been rewarded with this gem of a figure.

I'm not one to talk about packaging very much, but Kuuga marks a change in the SIC Kiwami Tamashii packaging. Instead of the previous clear plastic box, Kuuga's box is actually a regular box that looks like a shrunken down SIC box. Its overal appearance and presentation is overall a large step up from previous Kiwami Tamashii releases. 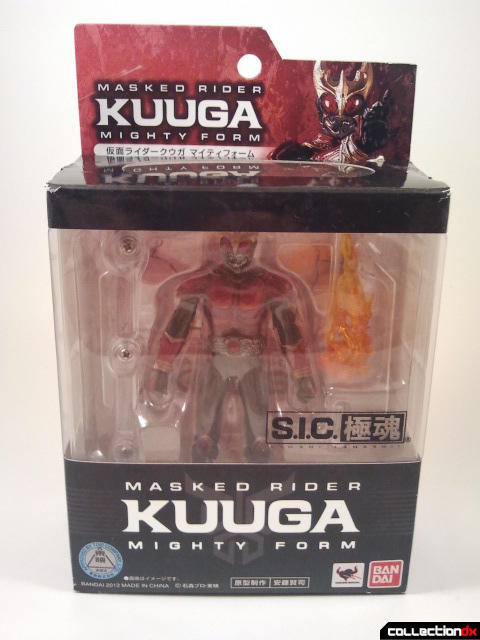 Out of the box, Kuuga is a wonderful little figure packed with sculpted detail and paint. The actually body underneath the armor is a smooth matte material, while his armor is shining and glossy. There are loads of tiny grongi letters and details all over the armor as well. 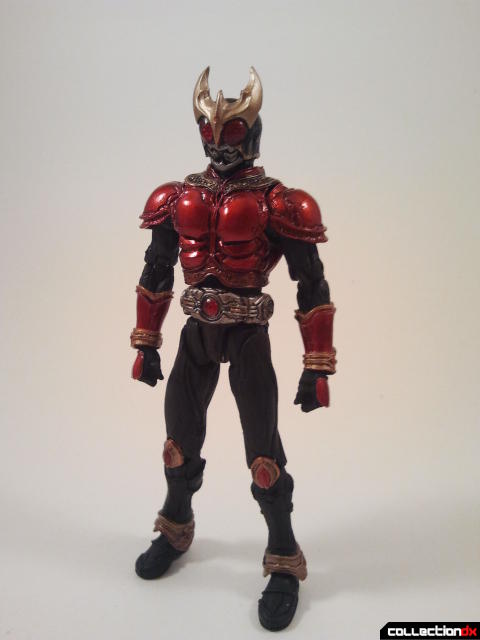 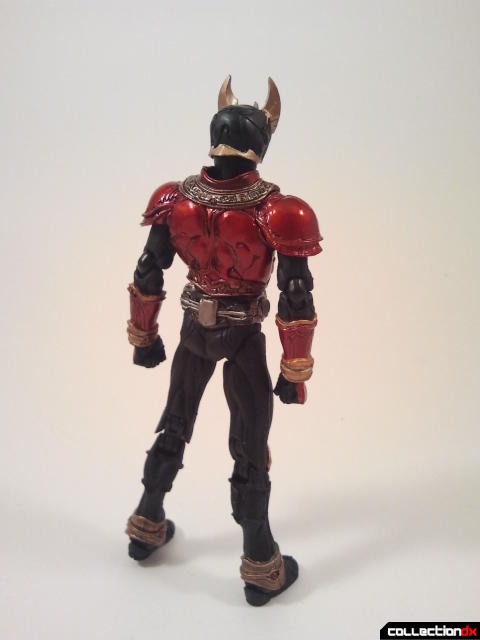 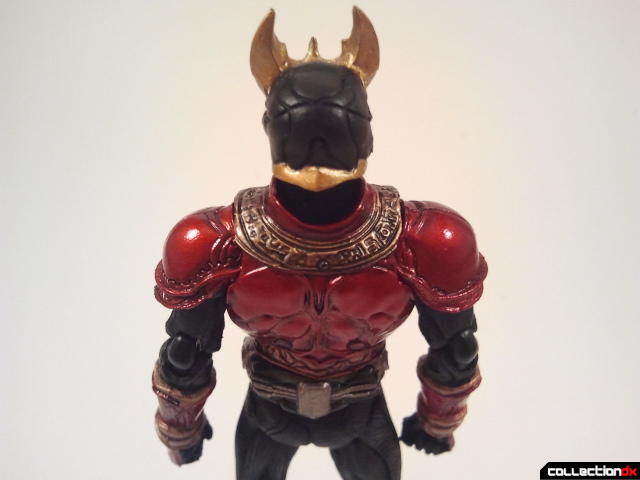 Kiwami Tamashii Kuuga to me appears to be based on both versions of the SIC Kuuga that have been released. Despite having the overall more rounded and less stylized armor and head design of the newer Decade version Kuuga, his limbs and body type are still lankier and a bit exaggerated like the first SIC Kuuga. The mandibles on the front of his mask are also a little bit more prominent. They really look like they could be his mouth, and that they could move when he talked. 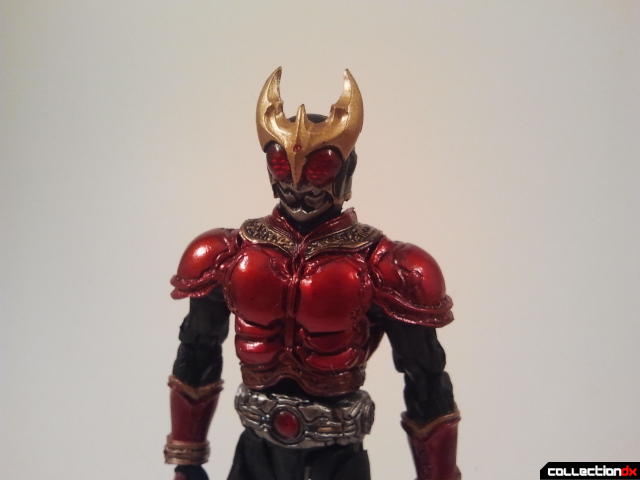 Kuuga's belt looks fantastic for the small scale it is in. The red gem is clear plastic and all of the tiny details of the belt are still in tact. 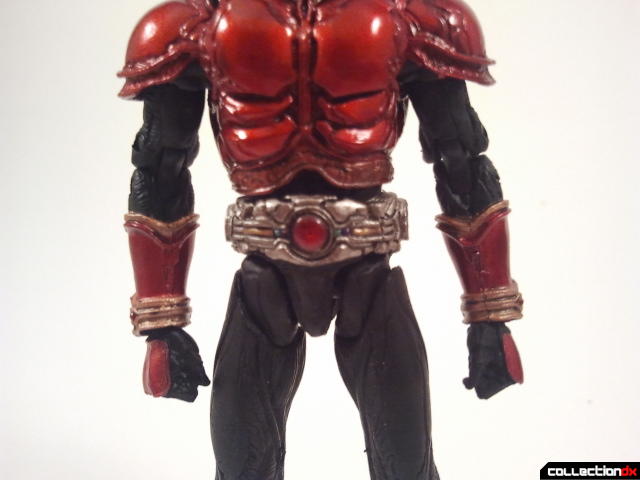 Kuuga's articulation is very similar to Agitos, with loads of double joints and ball joints everywhere. However unlike Agito, his elbow joints do not have as many gaps in them and look much more natural than the unusual elbows that Agito had. His chest joint unfortunately is a bit limited due to the size and bulk of his chestplate. 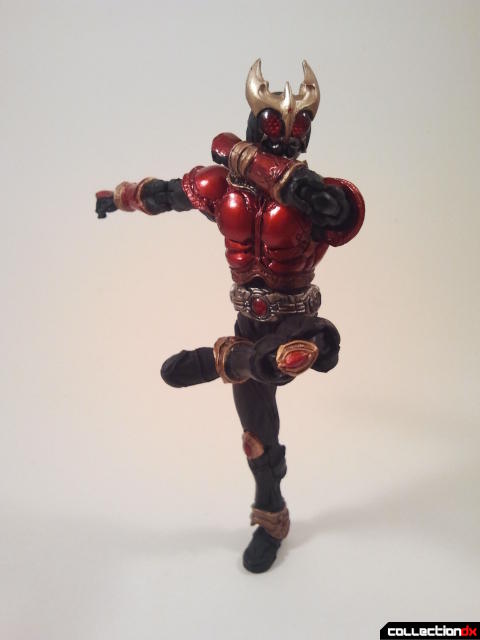 Despite the fact that Kuuga has ankle bracelets that cover and conceal his foot joints, they still retain a full range of motion for posing. A subtle but very effective part of this toy as a whole. 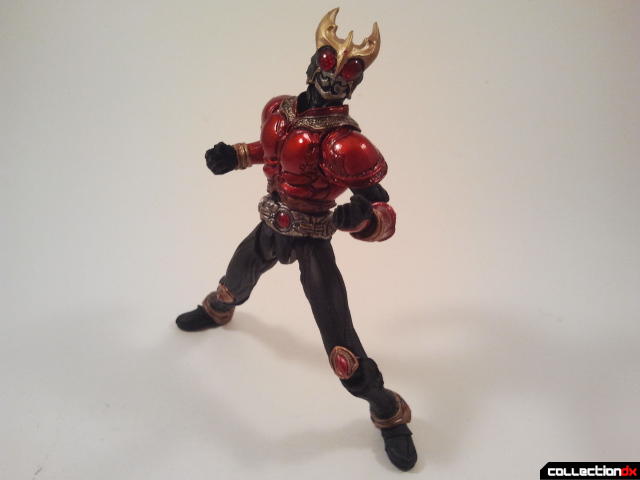 Kuuga comes with a load of accessories, so much so that he needed an additional tray to hold it all. The first to cover are his hands, since Kuuga Mighty Form is primarily a close combat fighter. He comes with a pair of splayed open hands that are perfect for putting on his lap while he crosses his legs. 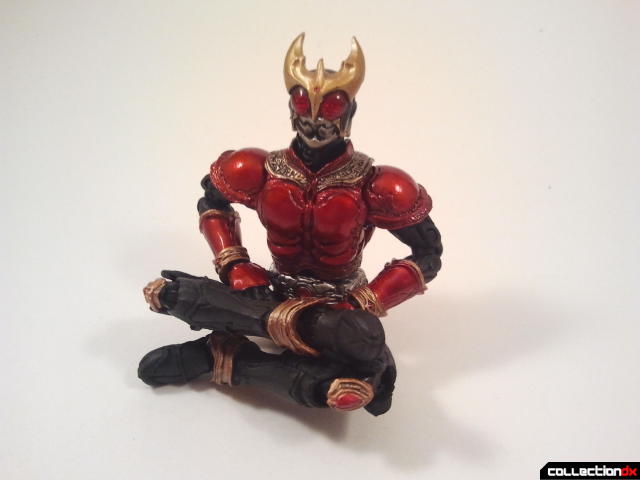 In addition to the splayed hands, Kuuga comes with two very specific hands. The first is a different splayed hand with the fingers in a slight curl, for when Kuuga is posing for a Rider Kick or Henshin. 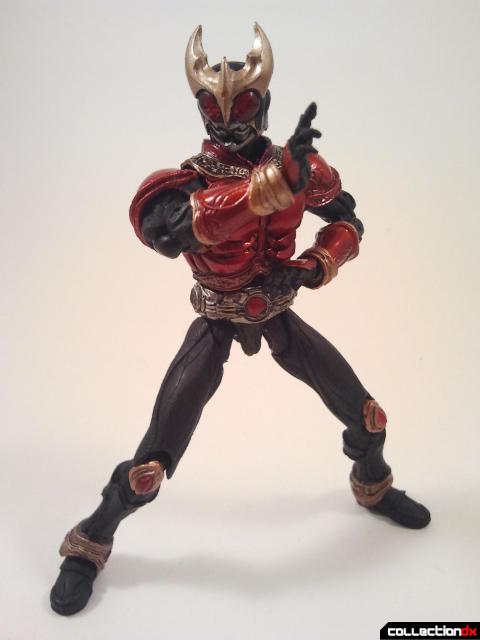 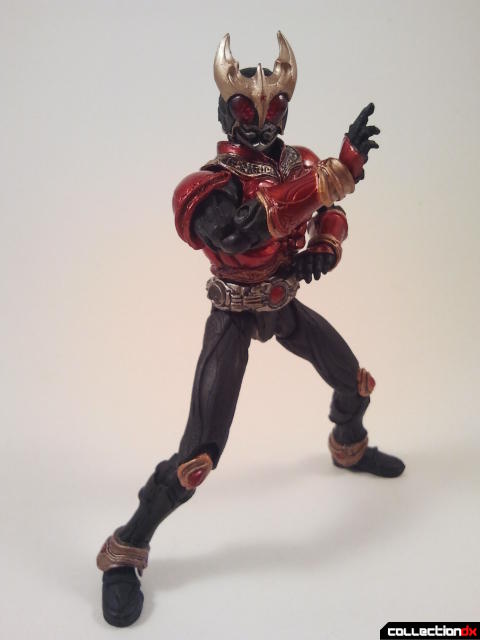 The other is a thumbs up hand, with which he can assure everyone in the world that everything is going to be alright with his gentle soul. 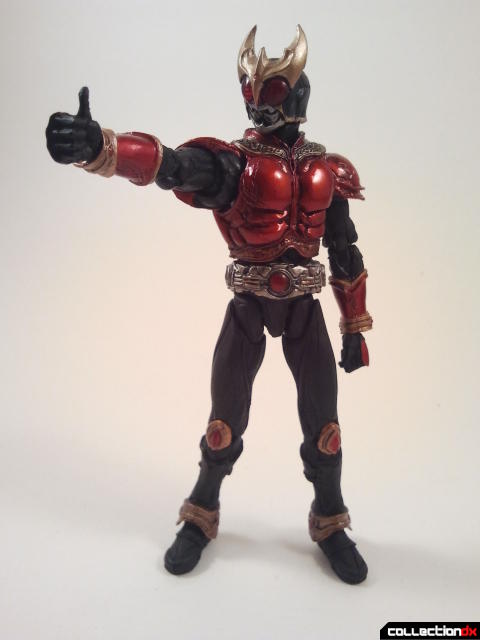 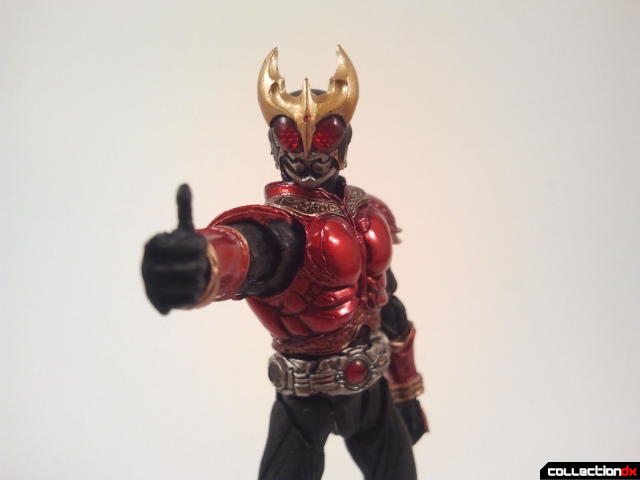 This alone would be enough to make Kuuga Mighty Form a complete package, but he comes with just a few more extra touches that just add to this over all release. 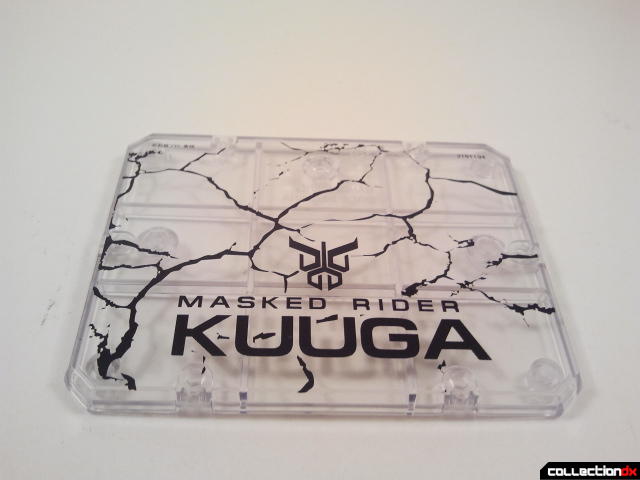 Kuuga comes with this own specialized Tamashii Stage stand, with loads of cracks and details on it, along with a tiny little arm to hold onto Kuuga with. 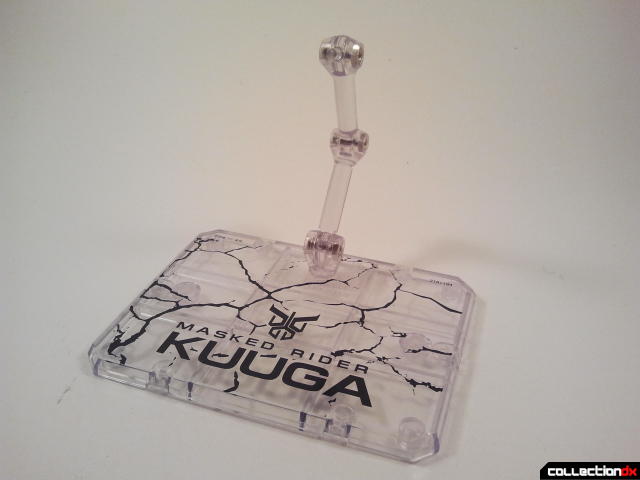 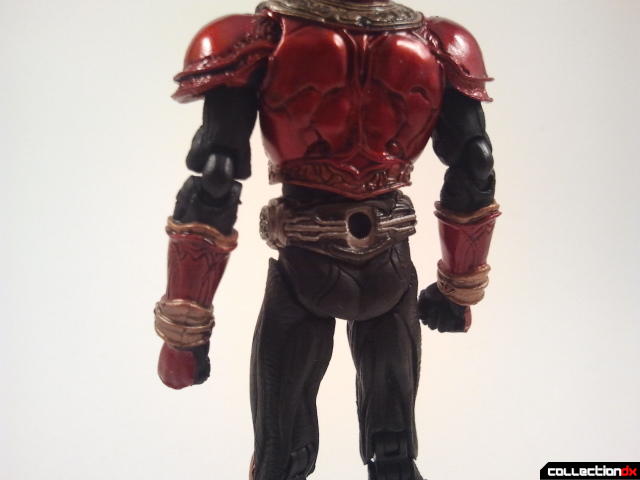 On top of that, Kuuga does my number one overlooked feature, by having a concealable peg hole sized for the Tamashii Stage pegs. It is very smartly hidden behind the back cover of his belt and the piece easy pops in and out for when you want to use it. Once pegged in, Kuuga is very stable and he isn't going anywhere. 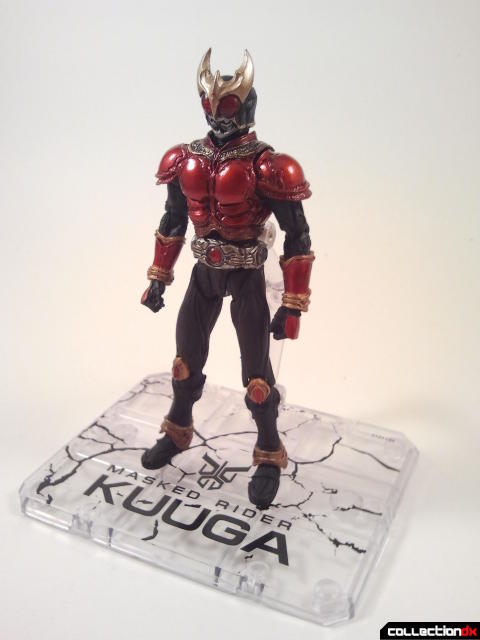 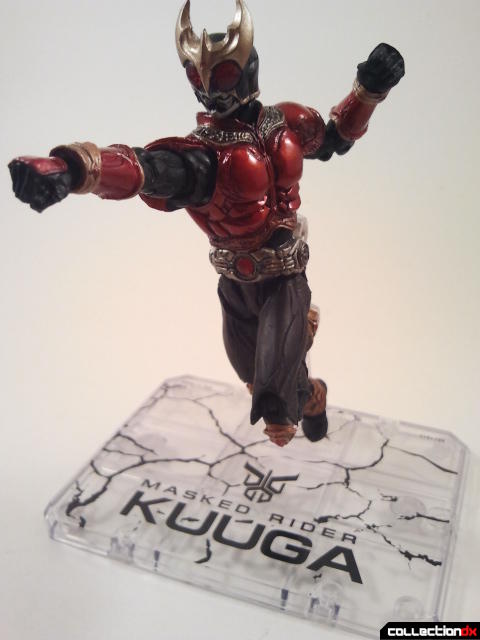 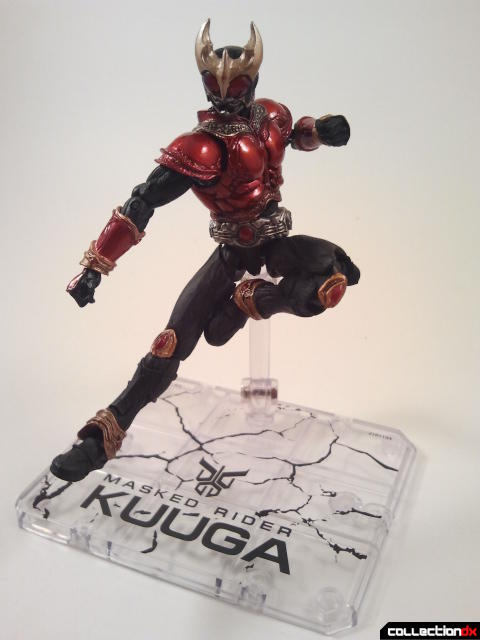 As if that wasn't enough though, he even comes with effect parts! Kuuga comes with a flaming kick effect for his right foot that just slips right in place and fits snugly. And if that weren't enough, you can peg in an additional piece on top of the effect part to fit a clear piece of thin plastic that has an additional Grongi symbol that shows up before Kuuga does his Mighy Kick. 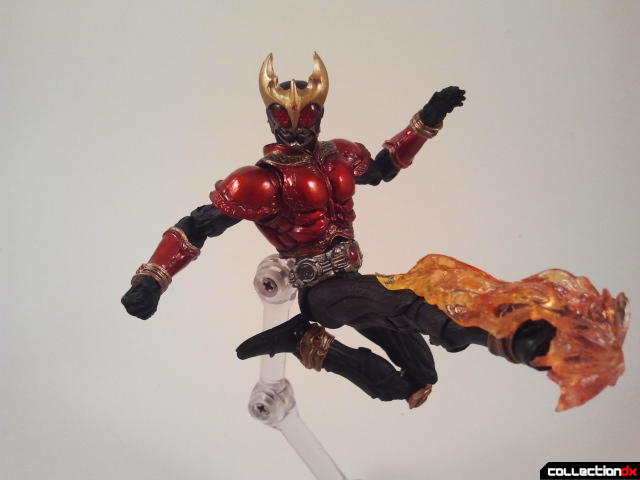 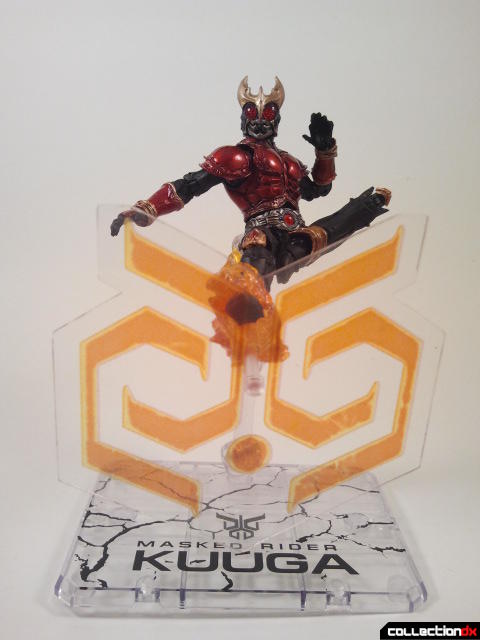 Kuuga suffers from only one problem, and it's a small one. He is unusually short compared to other Kiwami Tamashii releases. He's almost a full head shorter than Agito! While this does make him in scale with other lines such as GI Joe or Marvel Universe, it makes him stand out as unusually short compared to the rest of the Kiwami Tamashii Riders. However, if you just attribute this to the fact that this is Kuuga from the Decade musical who is weaker than everyone else, it works out. Although you may need to find an Uu-chan to go with your Kuu-chan. 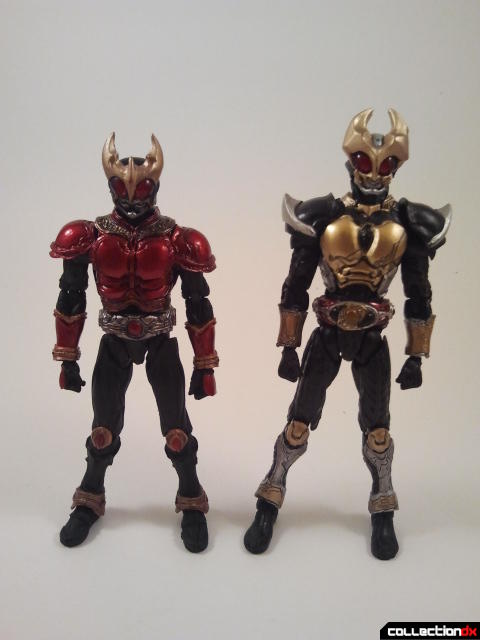 As a toy, I think that Kuuga is incredibly solid. However, Agito and a few other releases might be better as stand alone figures. Despite that, Kuuga is more than just a toy by itself, he's a complete package. He comes with the nicer box, the stand and base, and the effect parts. As a set, he is much more of a display piece compared to earlier releases, which feel more like just action figures. SIC Kiwami Tamashii Kuuga Mighty Form has set a new template and standard for the Kiwami Tamashii line, and I eagerly hope that the next character in the line, Decade follows a similar suit. For now though, take comfort in knowing that Kuuga is a pretty cool guy. 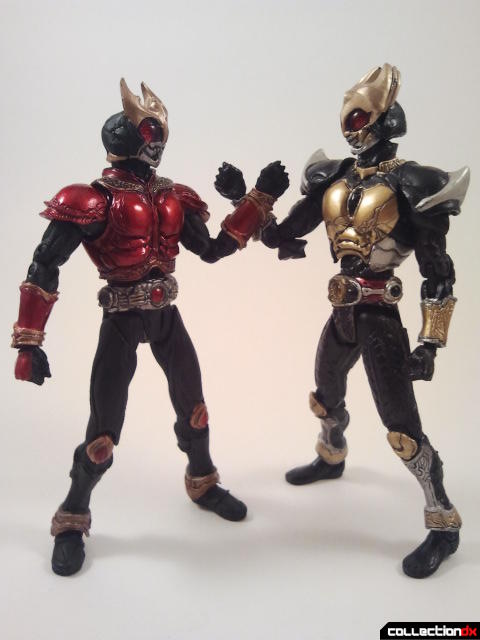 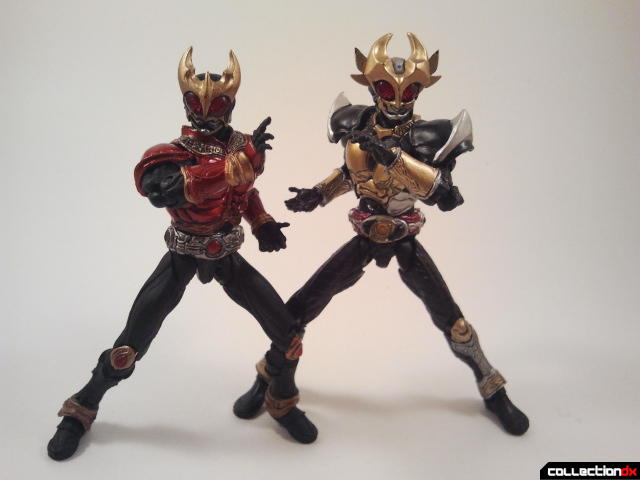 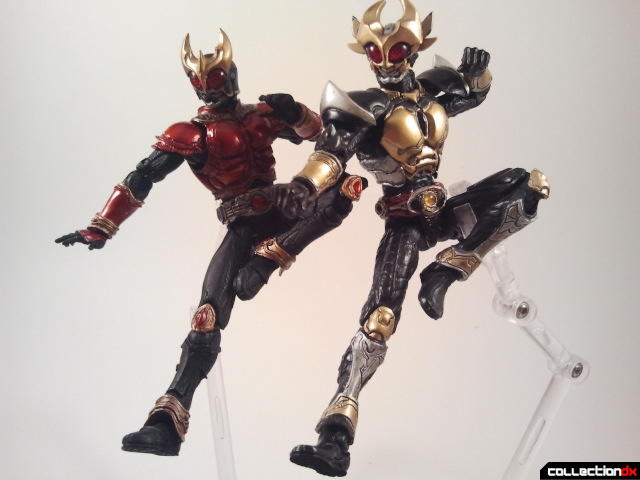