Kamen Rider Fourze is the friendly titular Kamen Rider from last year's series. Later in the show, he is able to appropriately harness the power of friendship to achieve his ultimate form, Cosmic States. As a fan of the suit design, I was curious to see how his Figuarts interpretation turned out. Let's look at it together! 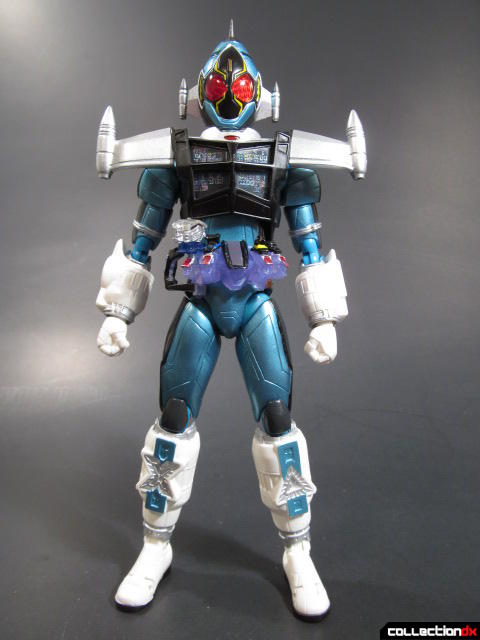 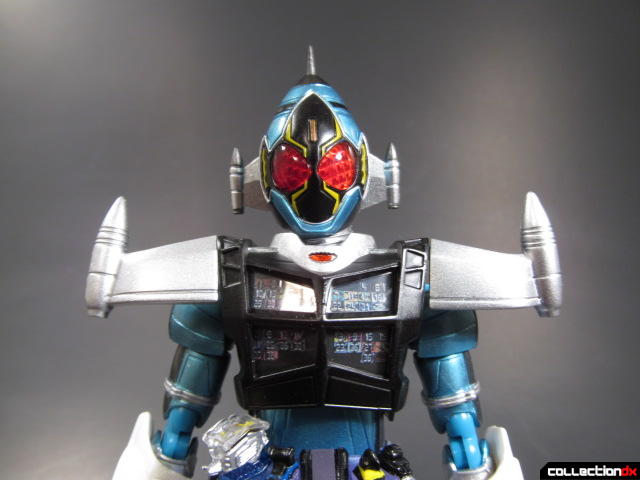 First off, I can say that he looks spot on with the suit used in the show. The colors are accurate, and the sculpted details in the suit look great. I also really love the compound eyes on this guy! Just like in previous Figuarts releases of this character, the attention to detail is excellent! 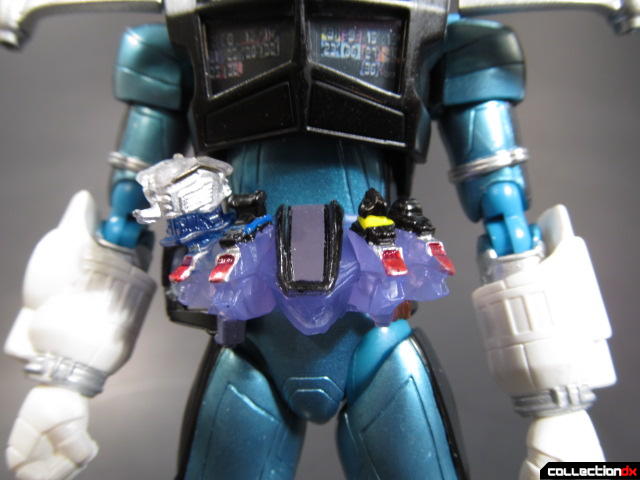 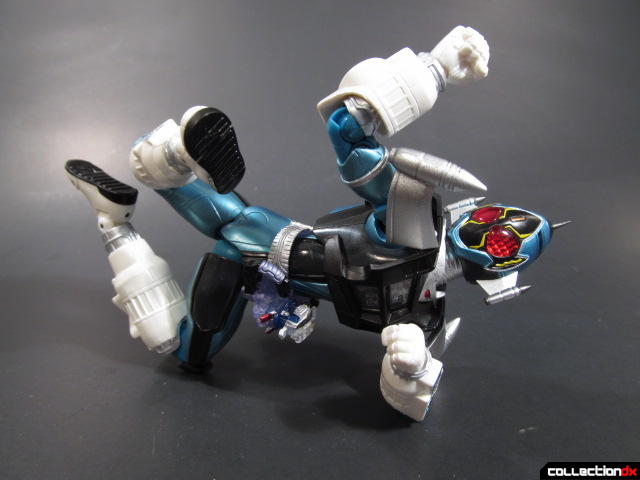 Articulation is usually a strong point in Figuarts releases, but it kind of breaks down here. Sure, all the articulation points are there, like the ball-and-hinge hips and universal shoulders, but the joints on mine were outrageously loose. He has trouble maintaining even the slightest pose. His shoulders are also encumbered by the shoulder pads. They tried to alleviate some of the pain here by putting them on balljoints, but it just doesn't work well. 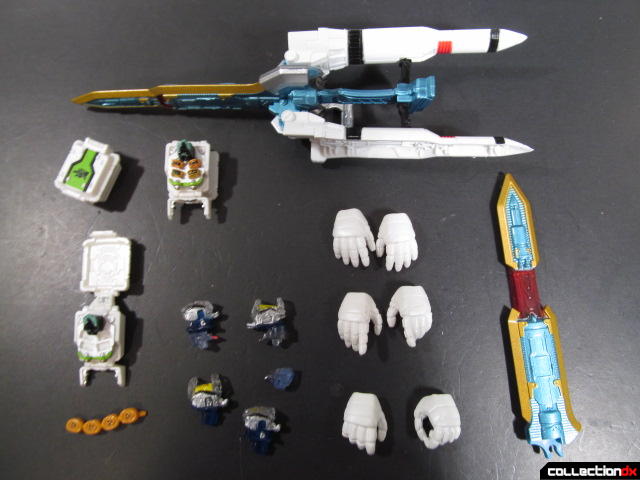 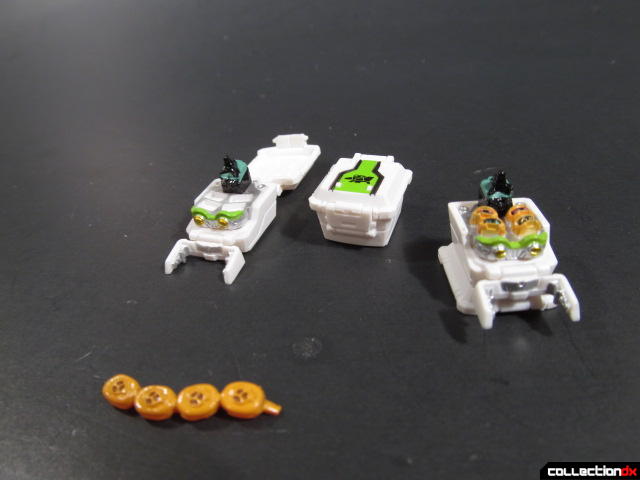 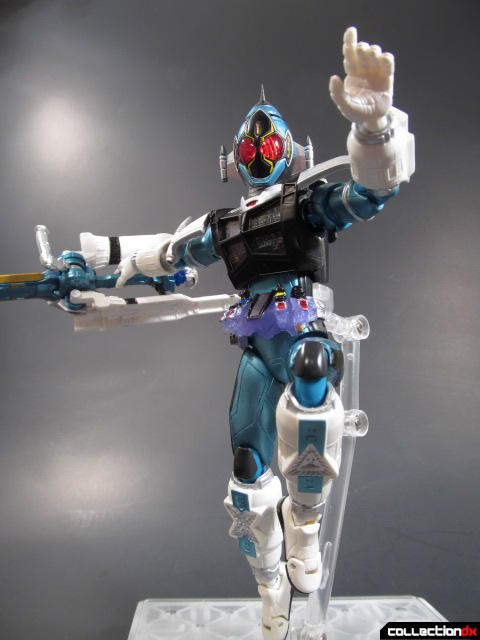 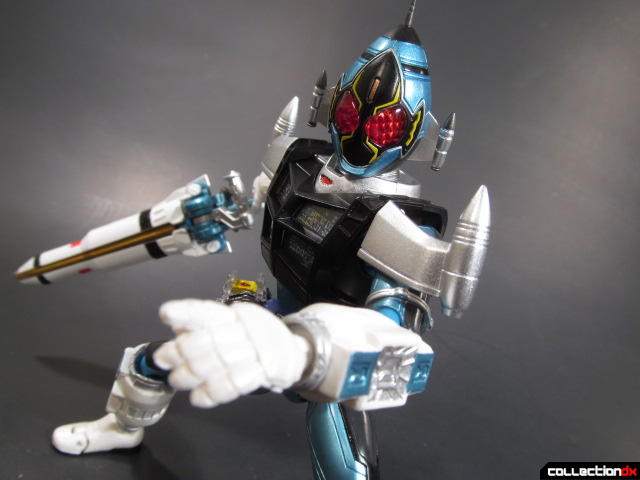 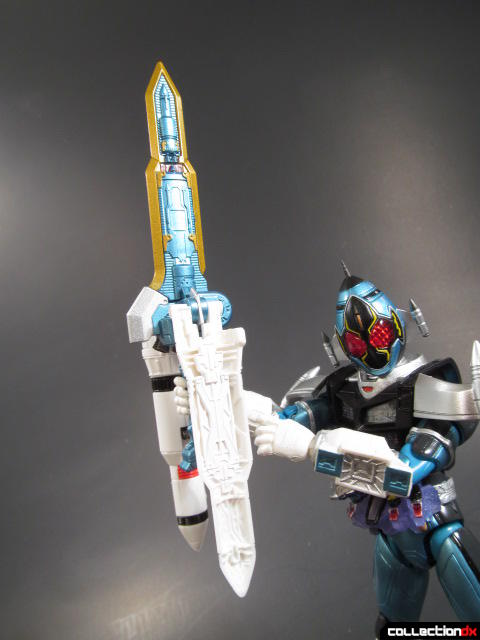 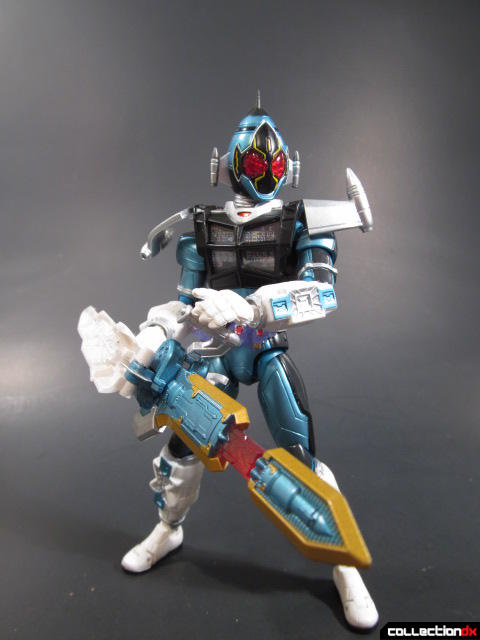 At first, I thought that the accessories were awesome, but that was until I actually placed them into the toy's hands and tried to pose him. The accessories are so fiddly that it made posing him almost impossible because he just can't support the extra weight. Plus, they would just fall off because his hand can't grip the sword well enough to be useful so everytime I tried to pose him he would basically fall apart. It was mildly infuriating to the point where I just had to stop taking pictures of him because it became a chore. It should NEVER become a chore to play with your toys. It was a strange feeling that I didn't like. 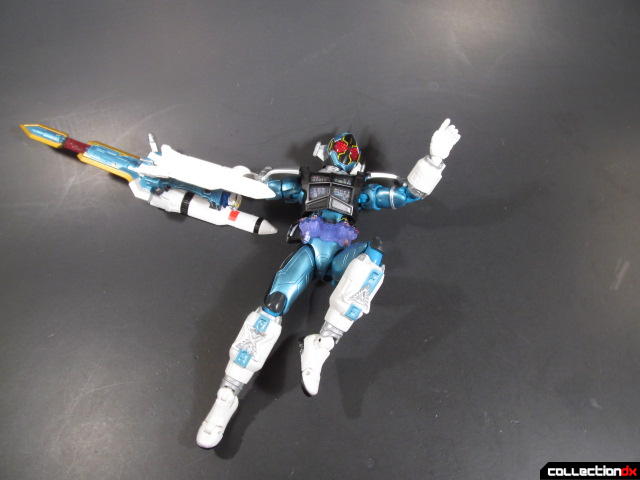 All in all, this toy is pretty terrible. I can't recommend him to anyone. Maybe if you get one with tight joints it wouldn't be as big of a disappointment, but there's no way to tell. Just stay away from this guy. I never thought I'd live to see the day where I gave a Figuart a bad review, but this toy is just plain awful. 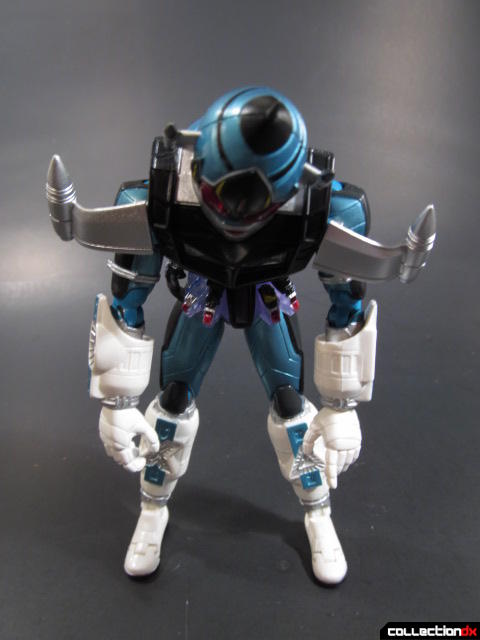 1 comment posted
I was never a big fan of this

I was never a big fan of this design. I never cared for the bulkiness of the top half or the buttons on the chest.