The Tokyo Vinyl series are super-deformed versions of our favorite Godzilla characters, designed by renowned artist Touma. For more information on Touma and his work, check out his homepage. He's an influential Japanese designer, known for his Knucklebear vinyl figures amongst other works. I was really excited to see that Bandai had decided to team up with him for these releases. It takes these designs from being anonymous mass-produced items to something with some clout behind the design.

The packaging has the same issue as the Mechagodzilla – in fact it is identical. There’s no specific branding to differentiate this package from the other. 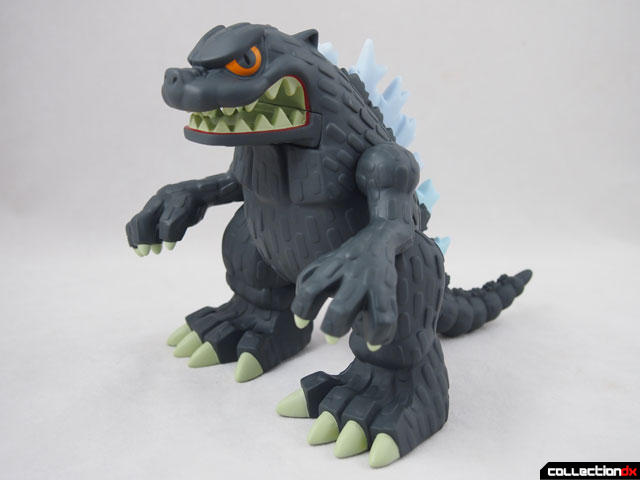 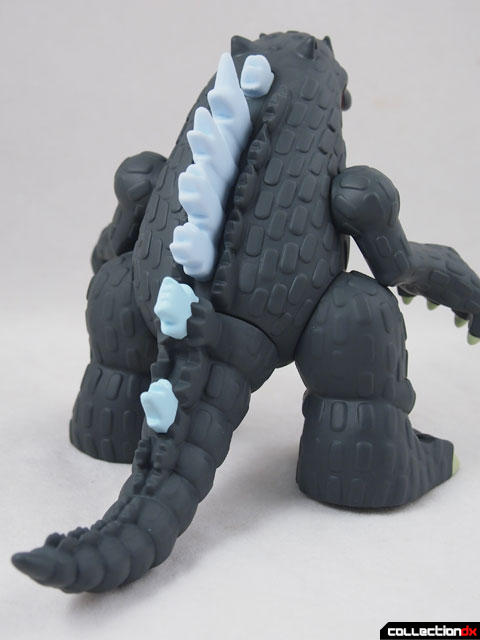 This Godzilla depicts the millennium version of Godzilla, or Godzilla 2004. He’s decidedly more kid friendly in appearance than Mechagodzilla. 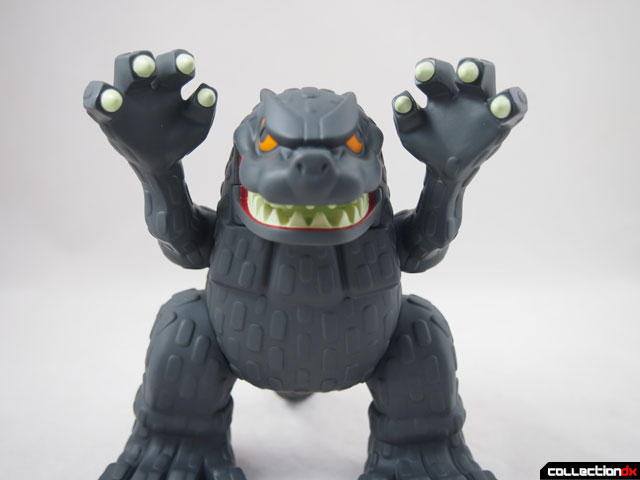 The finish here is flat but just as nice as MechaG, and the toy has a very similar feel.
Articulation is limited to the Arms, legs, and tail. 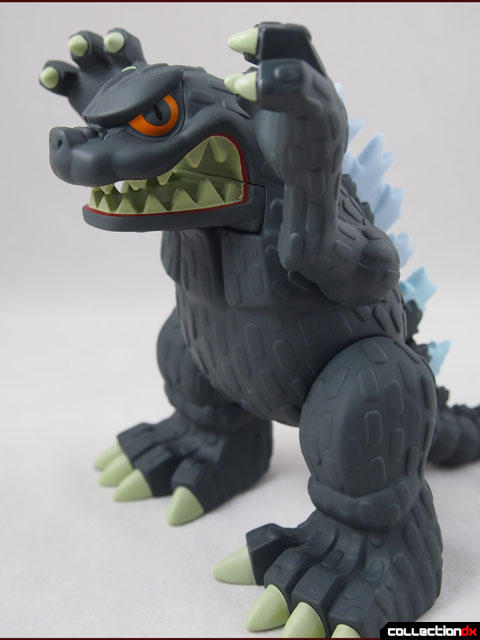 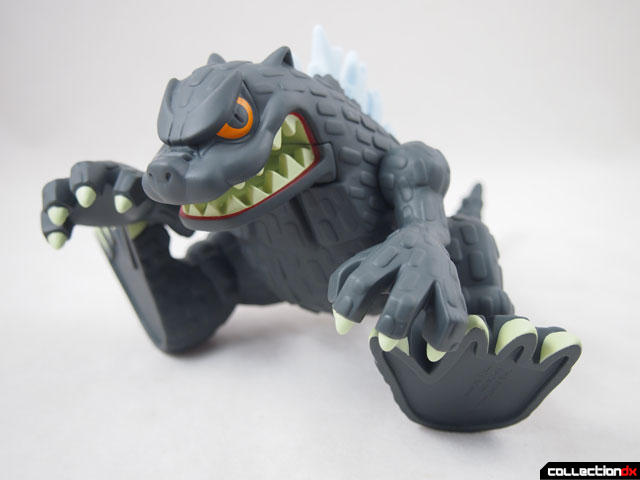 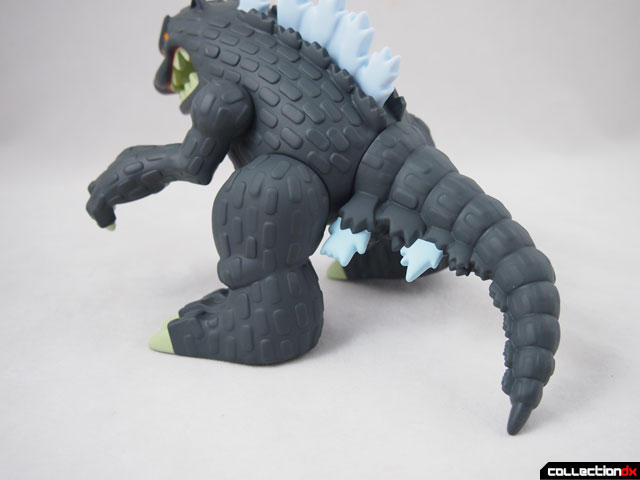 My only complaint is that the lower jaw is a separate molded piece and you can see the seam lines where it connects to the body. 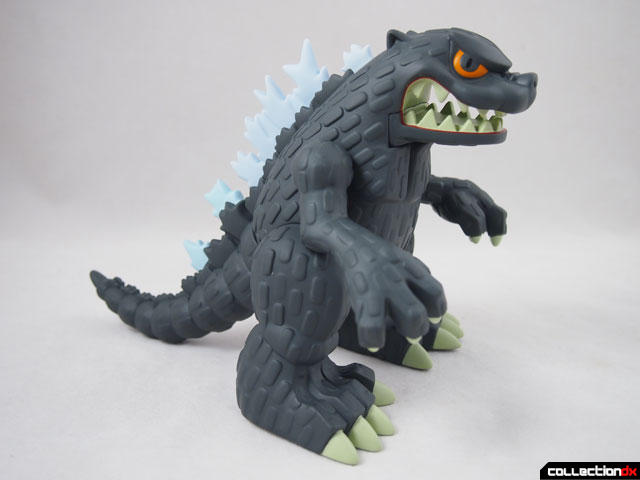 Touma’s signature style works well here, and it show how universal a design can be if taken out of context. I used to argue there was very little to differentiate certain designer toys from dog toys other than price point and context. Of course, that is not true for all, but a design like this can be either an adult collectable or something you can safely give to infants. 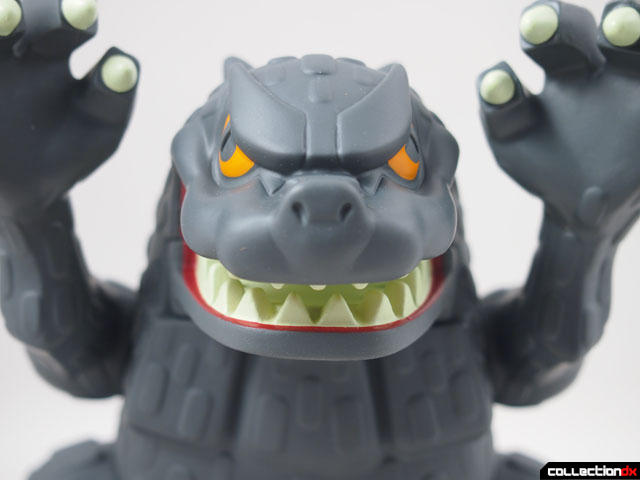 I don’t recommend giving it to your dog. Your kid though, will love this, especially the little ones. It’s a great “gateway” piece for young collectors.

I absolutely love it and own it I cant wait to pick up the first godzilla figure when it shows up and then I cant wait to see what comes next from this series!!!