Get your Metal Boy Gokin Getter Dragon at HLJ.com 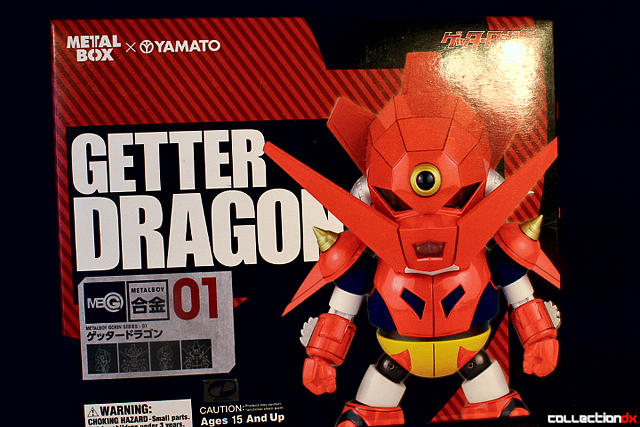 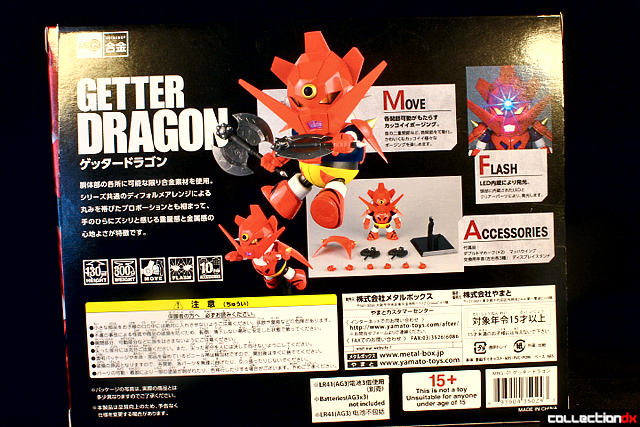 What the regular feature has that the Black Version doesn't is the vintage-style window cover over the contents which are laid out in a plastic tray. 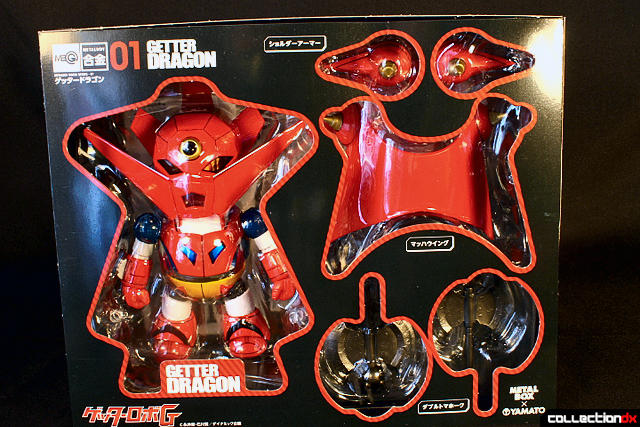 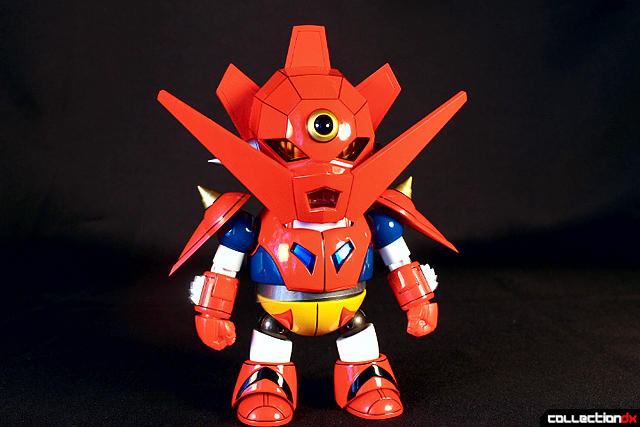 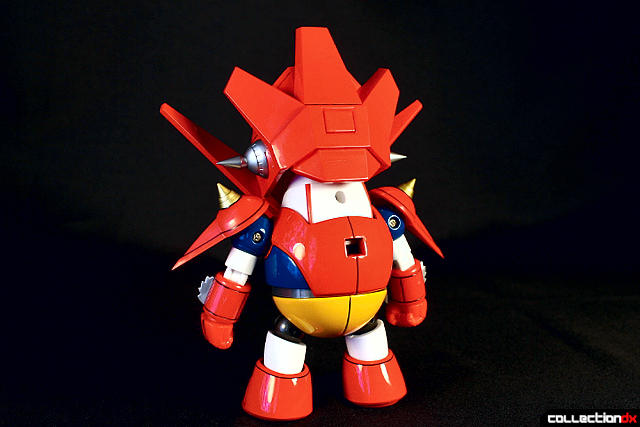 The figure features many articulation points ranging from joints with great range to almost negligible range. 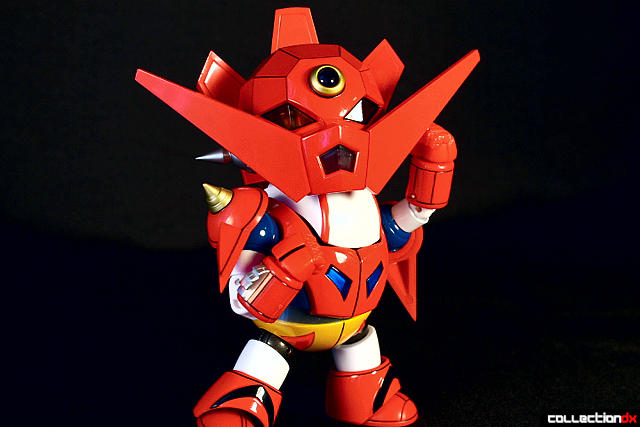 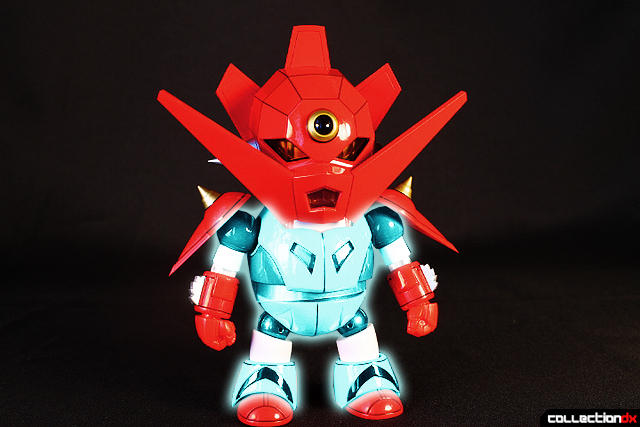 This set includes a cape called the Mach Wing which requires removal of the standard shoulder armor pieces. The cape has built in shoulder armor that floats above the shoulders. 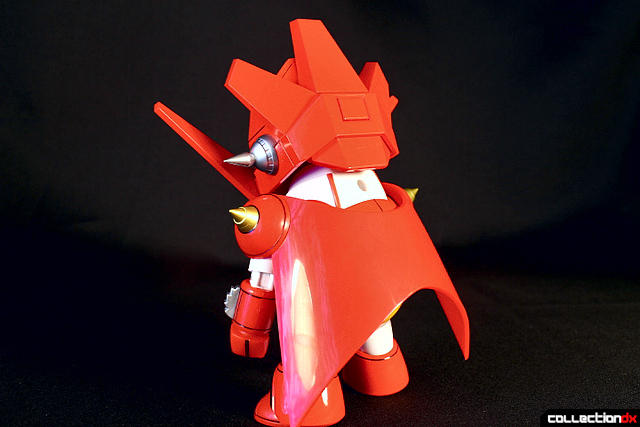 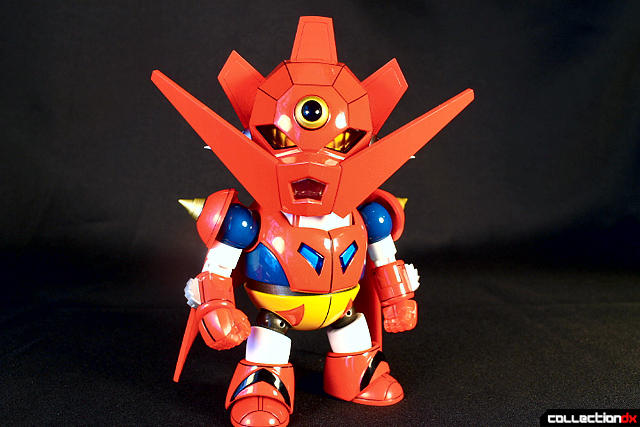 Getter Dragon comes with standard fists out of the box. He also has a pair of grabby hands. Ladies beware. 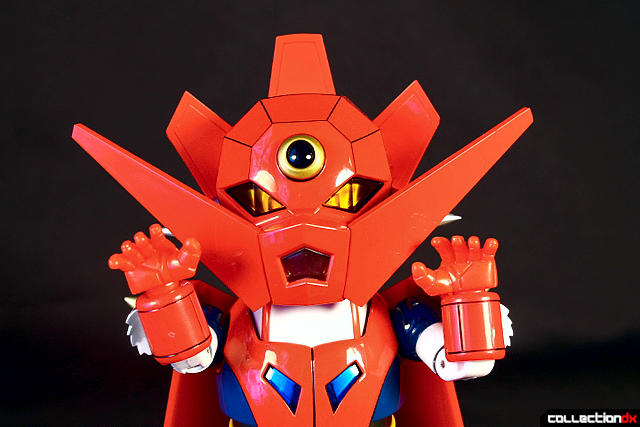 He's also got a pair of pointing hands. 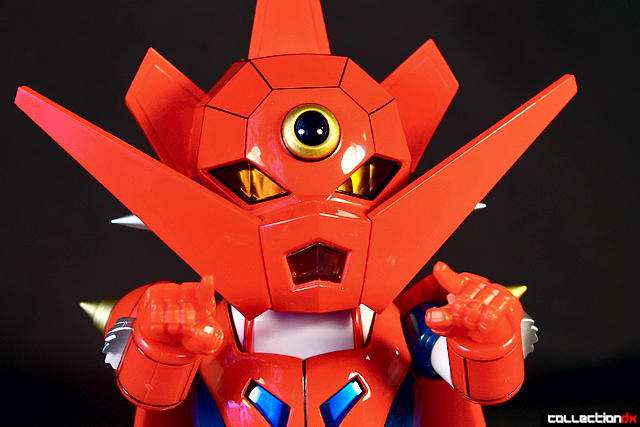 The other pair of included hands are weapon-holding hands in which his Tomahawks fit into. The bladed part of the weapons come off the handles for easier insertion into the hands. 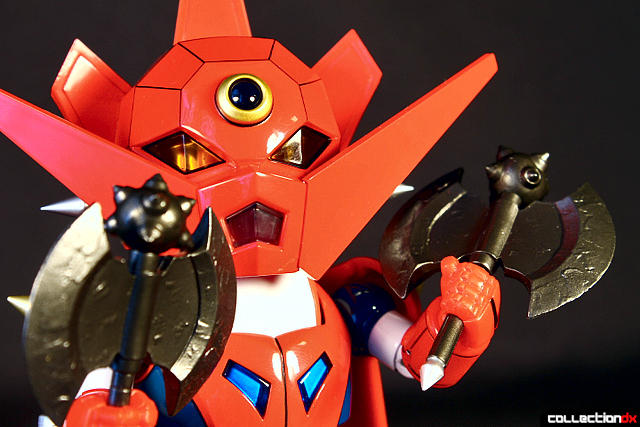 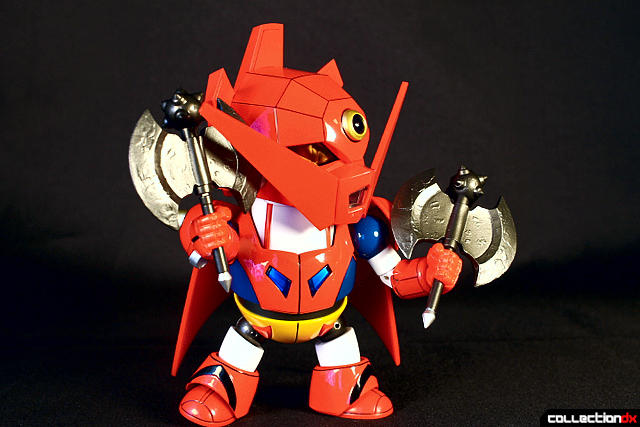 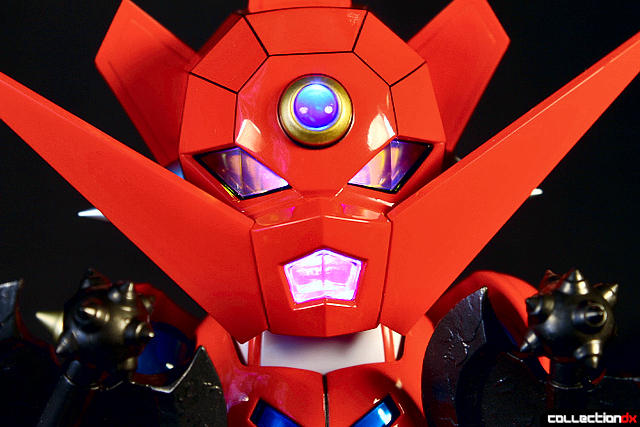 One of the things I really enjoy about this figure is the amazing finish it has. It is highly polished and free of any defects. 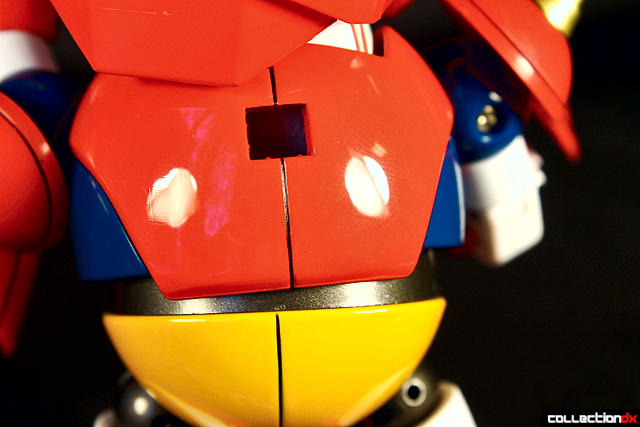 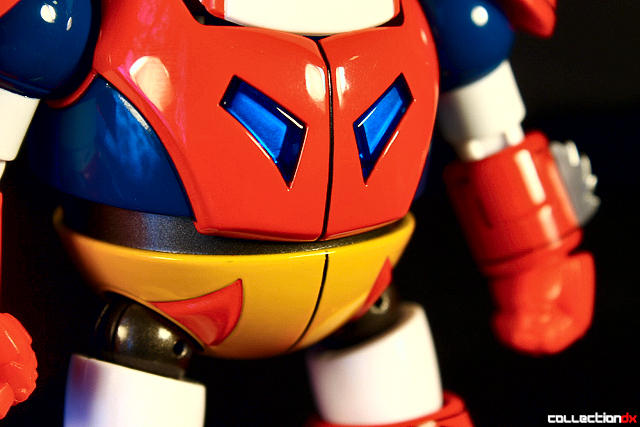 The panel lines are flawless and paint apps are super sharp without any fuzzy edges. 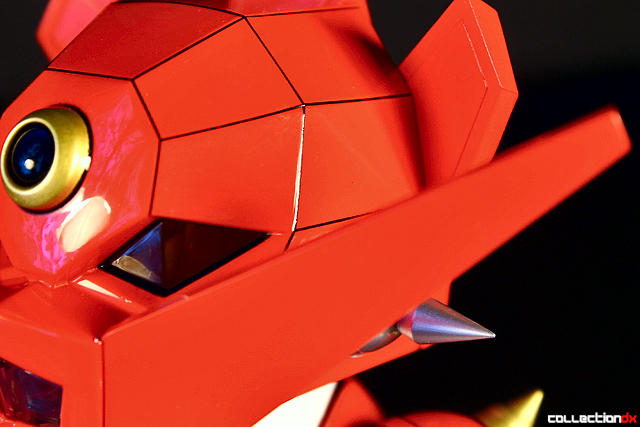 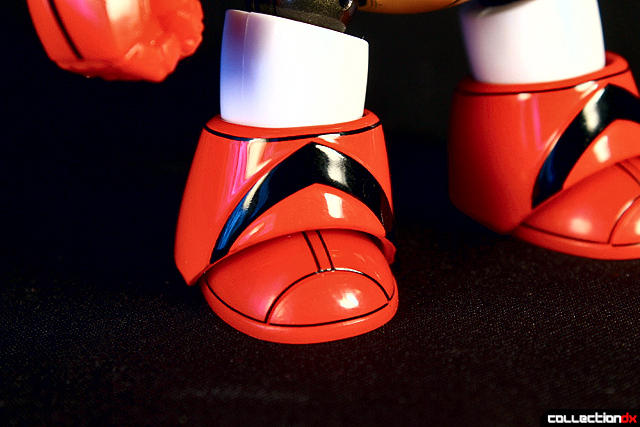 Here's how he look next to his Black Version. 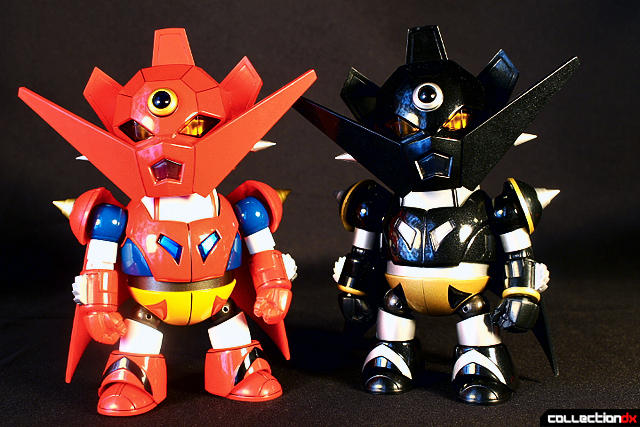 Here's how he scales with the Metal Boy Gokin 02 Grendizer which is the lines second character release. 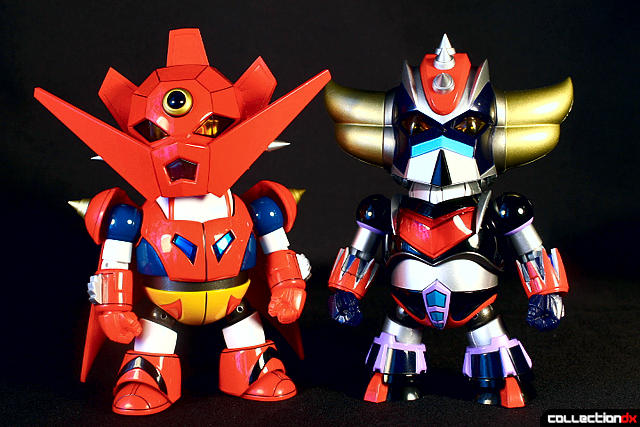 For fun, here he is next to the Hybrid Metal Figuration #005 Stormtrooper. 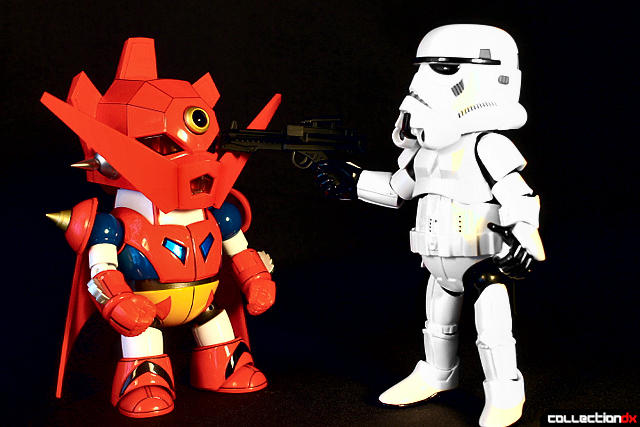 And of course, the almost obligatory CDX Pheyden. 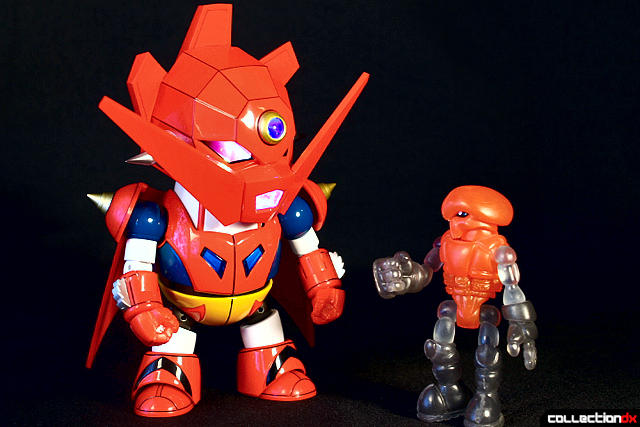 For those of you wanting to display him in a flight pose, there is an included stand. It can also be used for an upright position since it's adjustable. 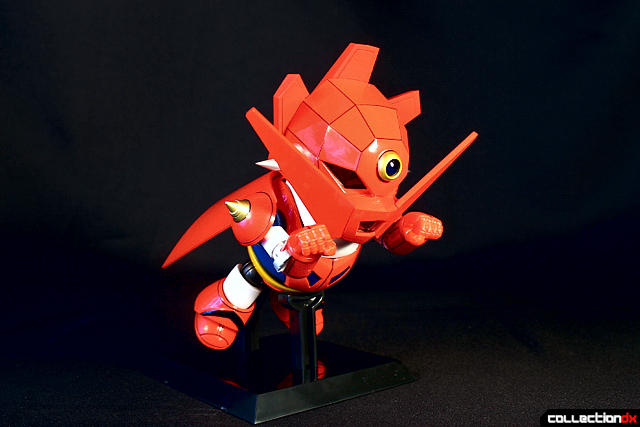 Overall, it's a great piece. I am very impressed with the fit and finish of the line so far. I've already committed to getting all the releases so far and just recently grabbed a spot in line for the Black Version Grendizer.

Get your Metal Boy Gokin Getter Dragon at HLJ.com