Rodan is definitely an iconic movie monster! After appearing in his own film, he continued to turn up to fight alongside Godzilla approximately one gagillian times. This tantalizing translation of the terrifying pterosaur is how he turned up in Godzilla vs. Mechagodzilla II after he was trashed and tarnished with RADIATION POWERS! 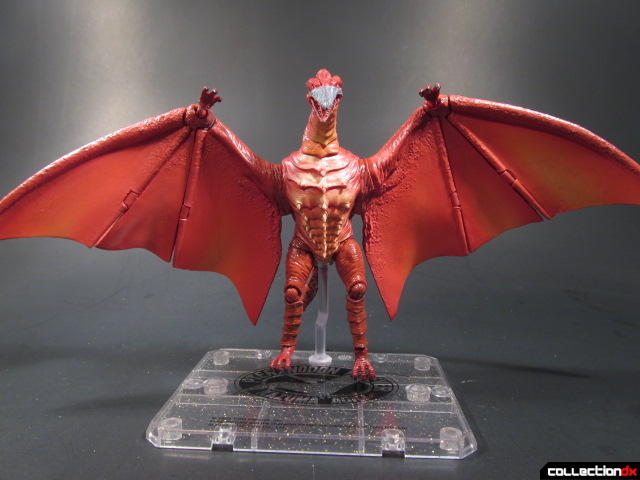 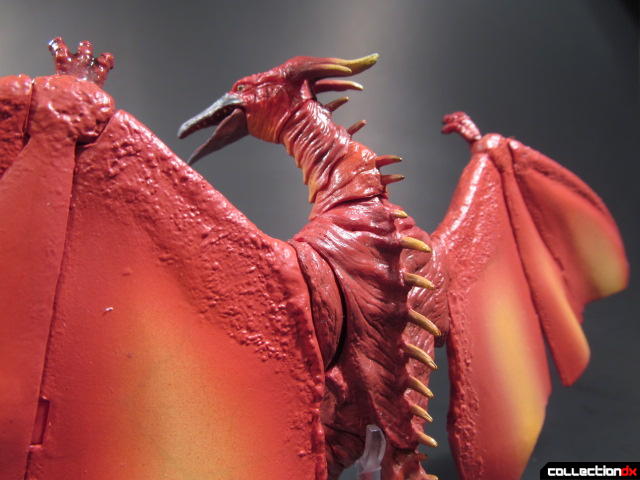 Let's look at him! Fire Rodan is rendered beautifully here! The brick red makes him really pop up against a shelf that consists mainly of dark colors! The sculptwork is also really nice here. All of his spikes look especially spiky and all his scales are etched in. His face looks especially menacing! 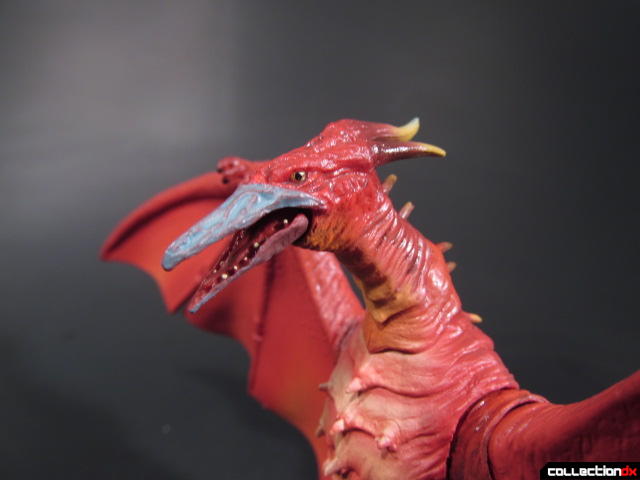 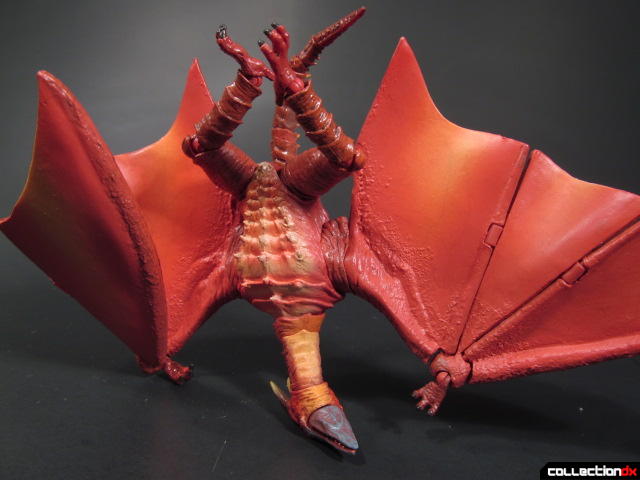 His articulation is really nice. He has mostly ball joints and universal joints everywhere with cuts in the wings to simulate his flapping and folding of them. His knee joints work very well, and has a cover over them that you can move to cover where the joint is. 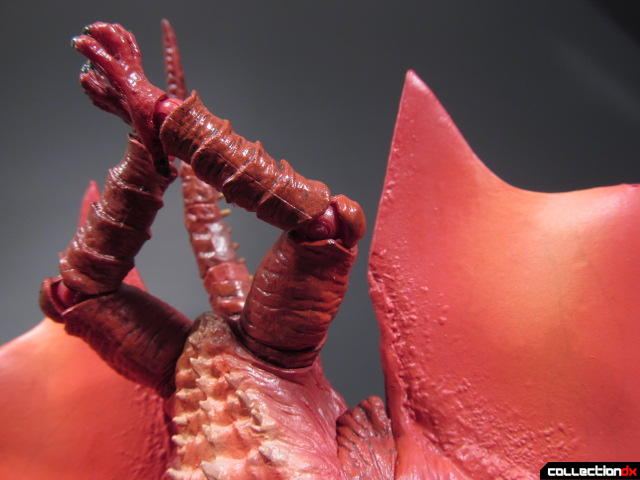 I had no problems getting him into any pose I could think of. I don't really have a great way to compare it, as I don't have any other MonsterArts figures (yet), but everything feels solid here. The only qualm I had was that several of the joints were stuck when I got him. However, they did loosen up after I ran some hot water over him, so that's something to look out for. 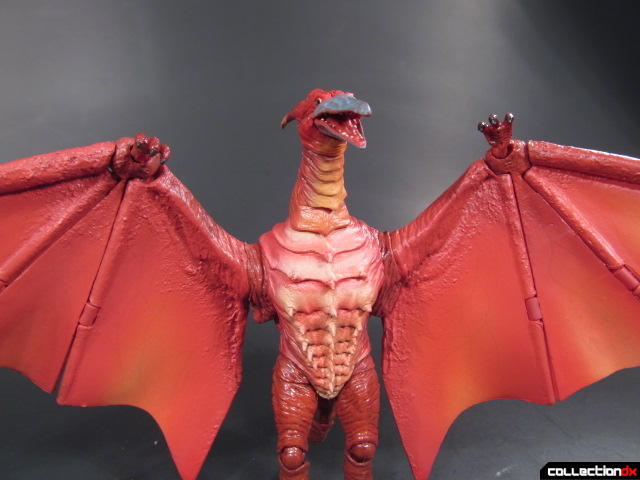 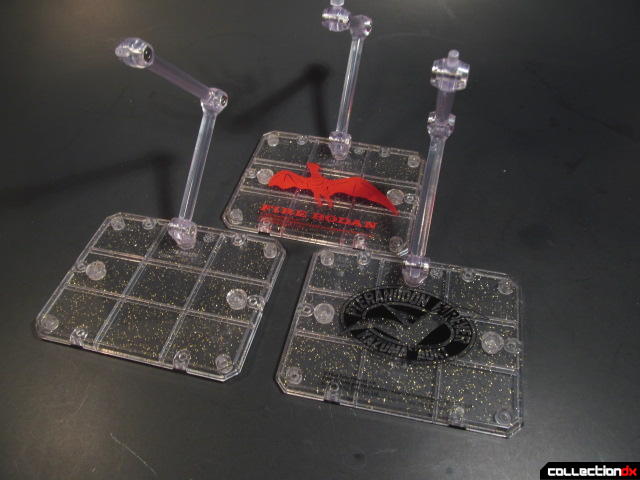 Now, the accessories are where Rodan REALLY blew me away (heh. Get it?). He comes with not one, not two, but THREE Tamashii Stage stands! He even has attachments that allow him to attain a flying pose! These stands are what seperate him from other similar figures. Since he is a fairly small figure (he is in scale with other MonsterArts) I'm really glad they added those! 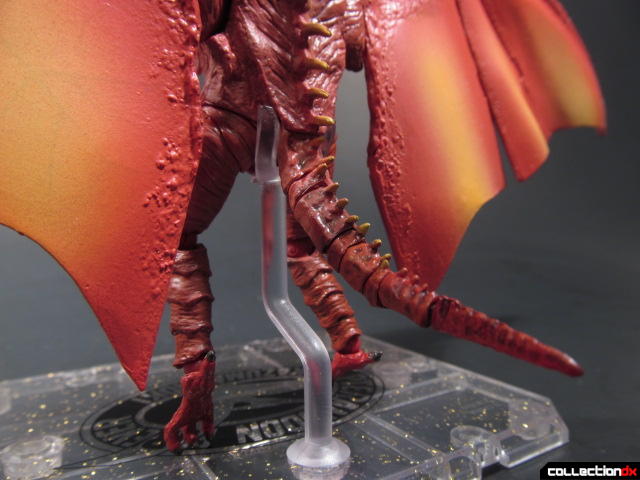 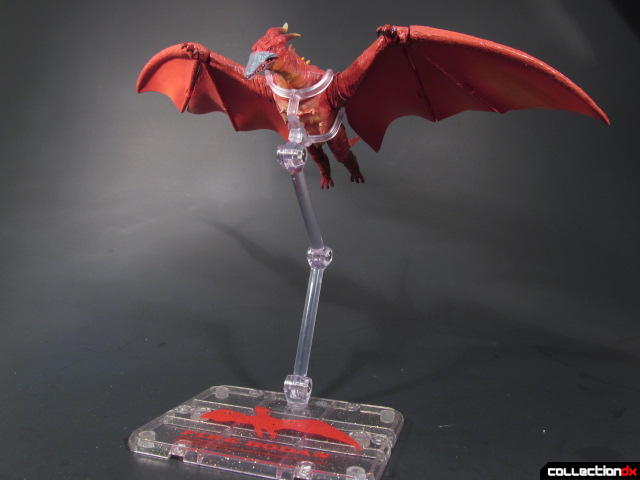 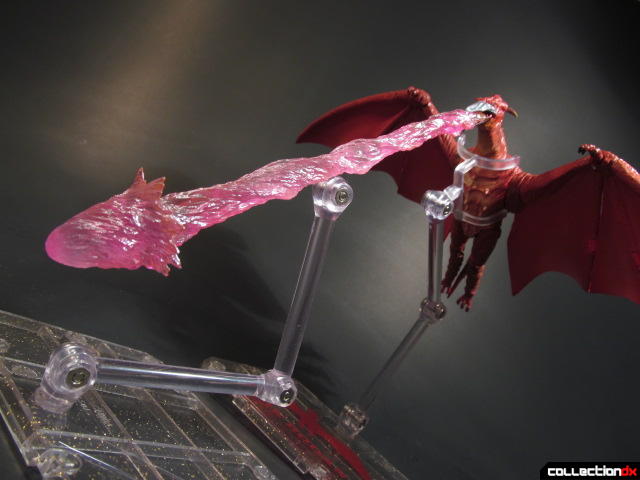 He also comes with a heat ray effect part that slips easily into his mouth. While it's pretty unsteady by itself, one of the stands it comes with is able to attach to it so you can get a great amount of display options out of him! 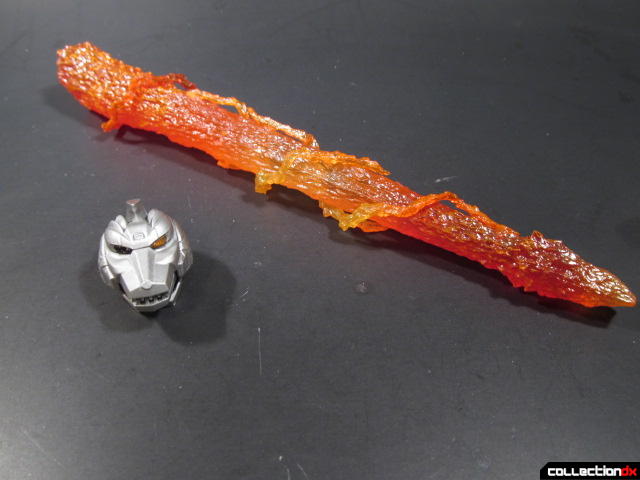 He also comes with accessories for other MonsterArts figures! He has an extra head for Mechagodzilla that has a missing eye, for when they were battling in the movie! 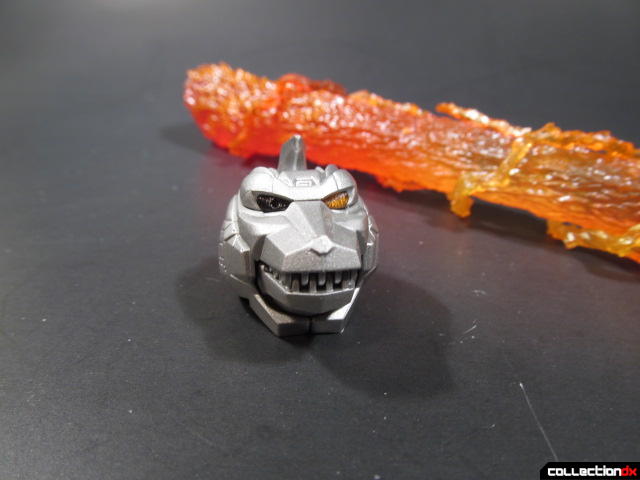 It also comes with Godzilla's HEAT BREATH. That's right, when you get Fire Rodan and Godzilla, you can pose Godzilla spewing forth a radiated beam of DEATH! That alone will entice people to pick this guy up! 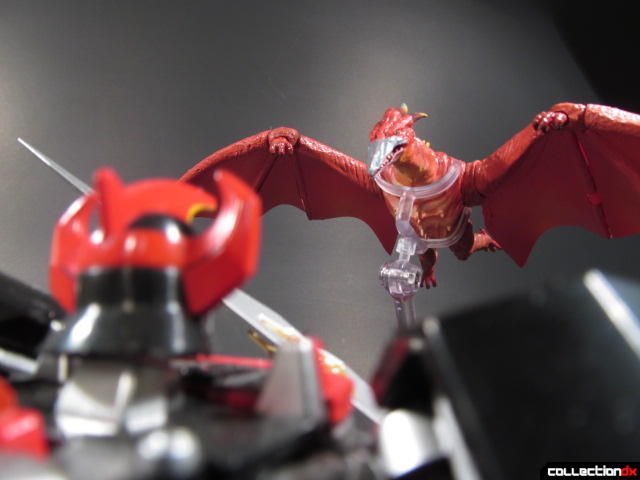 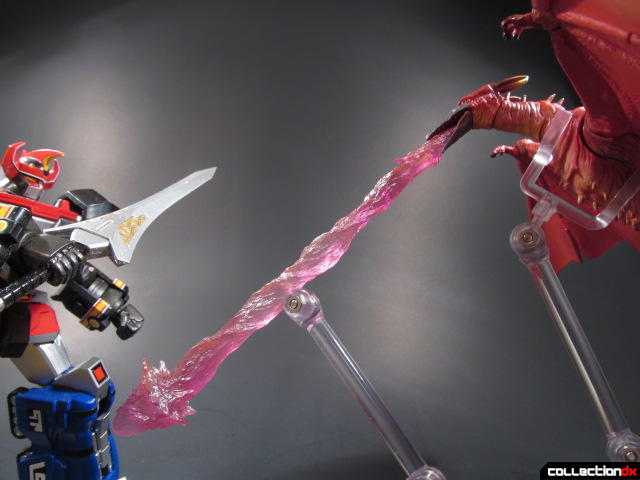 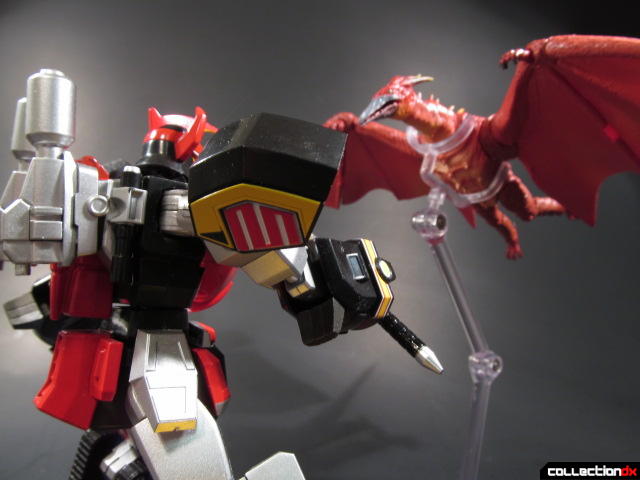 Overall, Fire Rodan is an excellent PACKAGE. If you are a big fan of Rodan, this is a no brainer. Just pick him up right now! If you're still on the fence, think about the great posing options you have when you have all the effect parts! If any of that appeals to you, you will be very pleased with the purchase! Fire Rodan is highly recommended for monster fans and I give him an A out of 10! 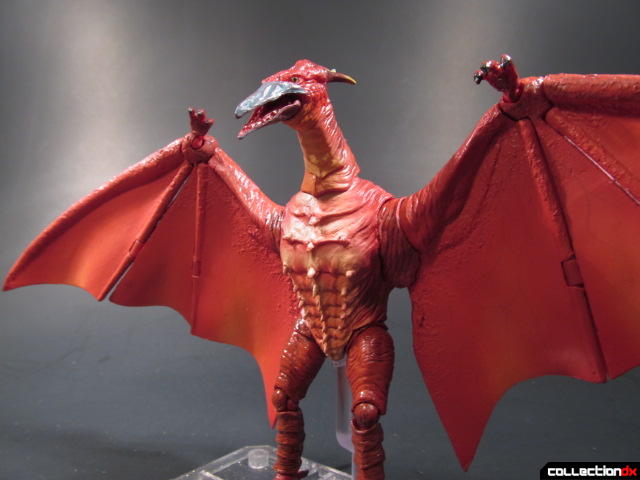 2 comments posted
I still believe this is the

I still believe this is the best incarnation of Rodan and him getting a FiguArts rendition is long overdue.

I've seen GvMG II some years ago but I forgot if Rodan used his energy beam or not. I've noticed that he is one of the very few kaiju without any kind of projectile or energy attacks.