The Cosmo Fleet Collection: Ranger Mechanics Series replicates the classic ships of Super Sentai down to the smallest details. 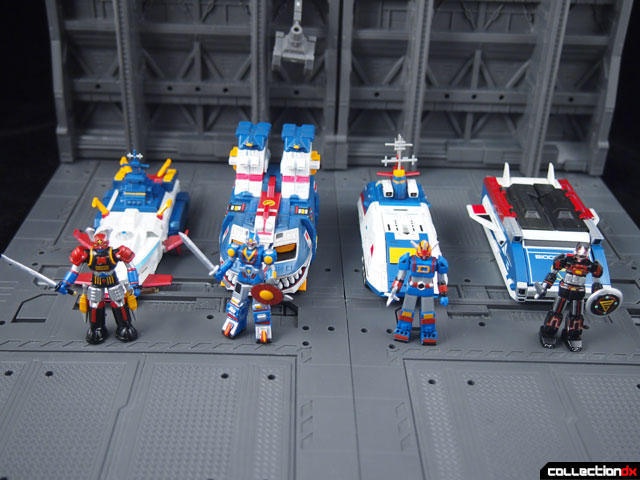 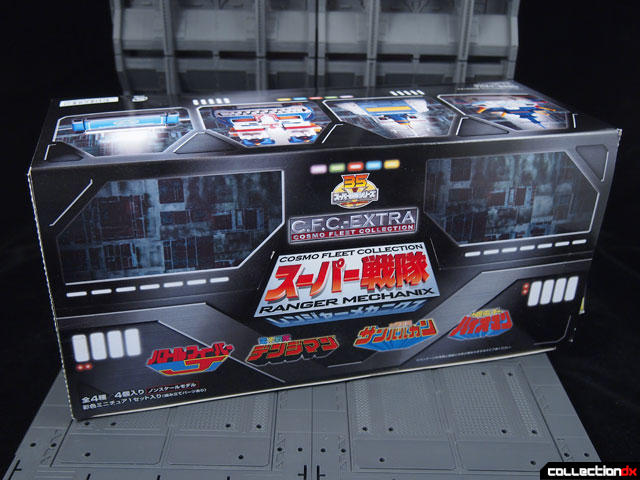 The set ships in a case of four - if you get a case you are guaranteed to get all four units, plus photo card backdrops. The shipping case also turns into a counter-top display stand, but I imagine most of these are just being sold as sets.

Denzi Tiger is the support ship from 1980's Denshi Sentai Denziman, the fourth Super Sentai series.
It's probably the smallest ship in the Ranger Mechanics series, but what it lacks in size it makes up in accessories. 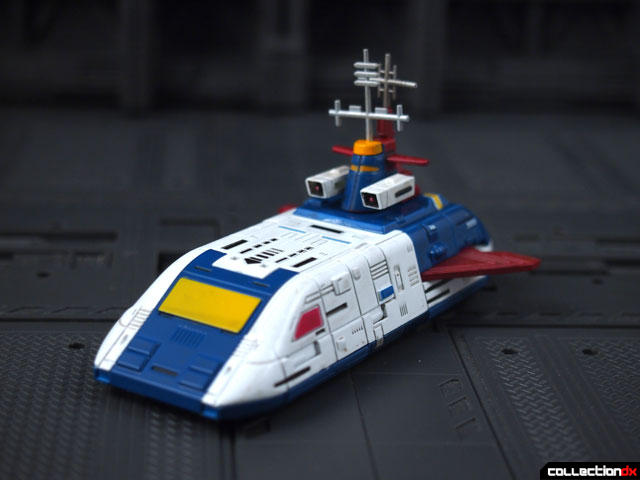 There are two modes to the ship, possibly a third. By default you have Land and Air modes. Seeing how this looks a bit like a submarine, I suppose there could be a Sea mode, but that's just speculation on my part.

For Land mode, make sure the wings are pushed in, and the treads are attached to the bottom of the vehicle. Simple enough. 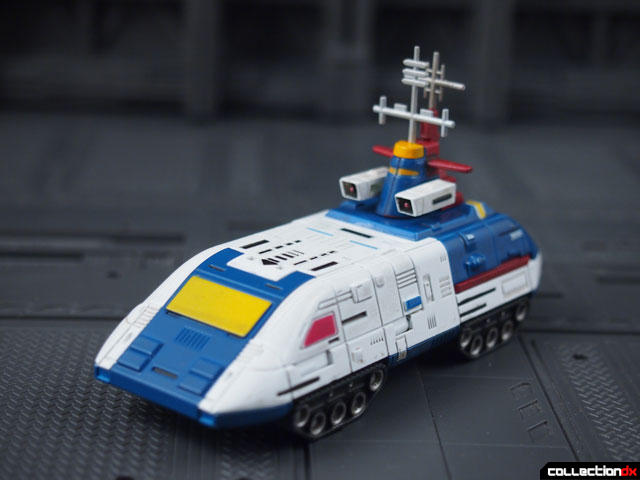 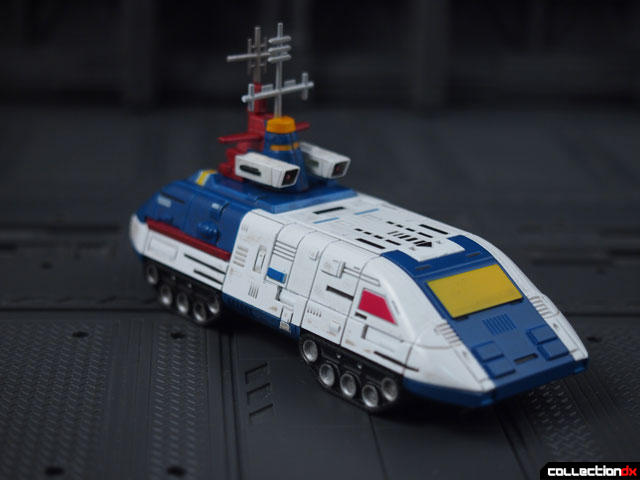 For Air mode, extend the wings, remove the treads, and then attach them in the storage space underneath. Once there you can add the blue filler pieces to make the sides complete. 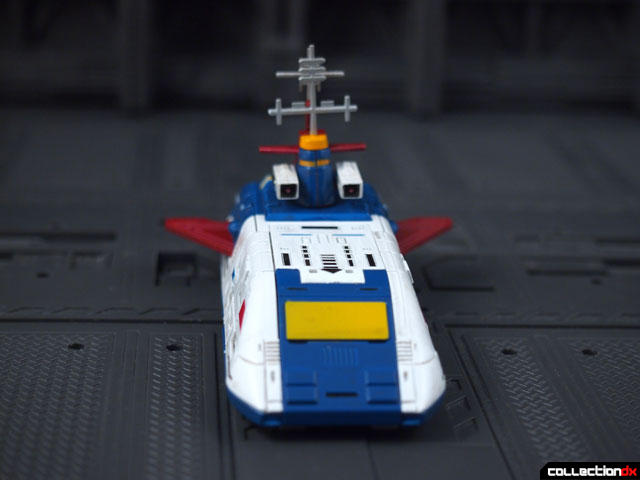 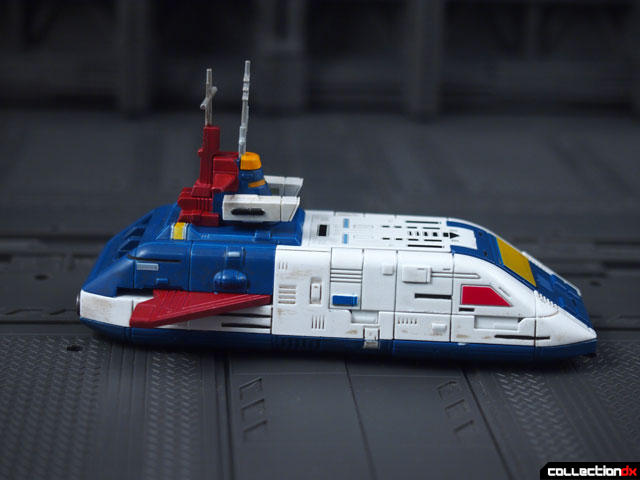 In either mode, the front section opens up to reveal a storage area for Daidenjin in ship mode. This small PVC version of the vehicle is extremely detailed despite its size. 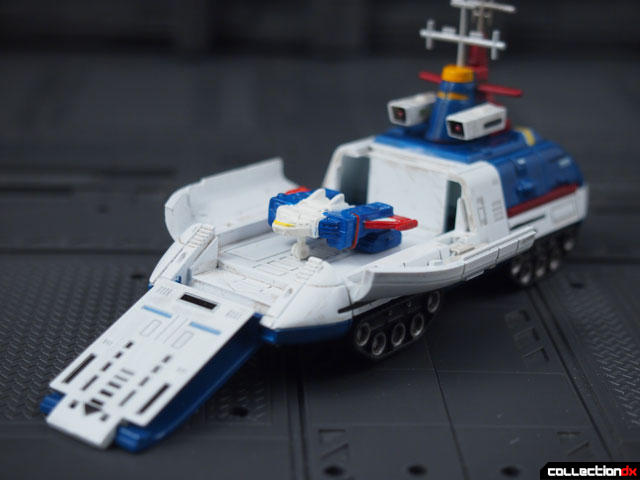 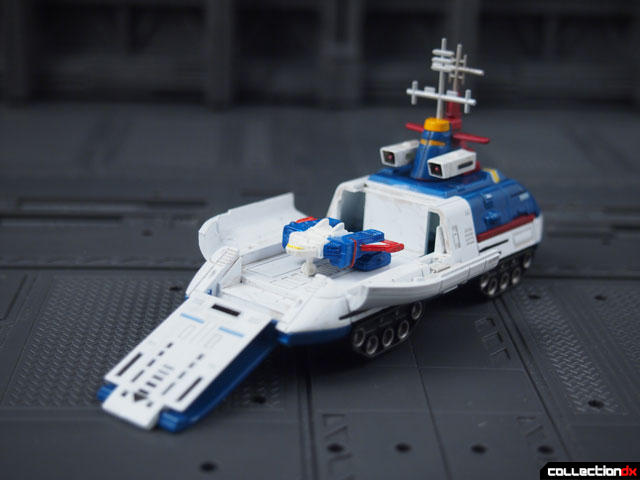 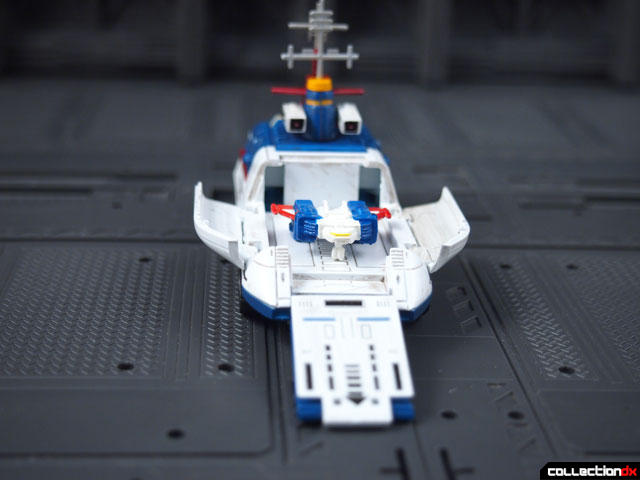 A larger, fixed pose Daidenjin robot is also included. I'm assuming that the robots are in scale with the ships, which would be a first, I believe. 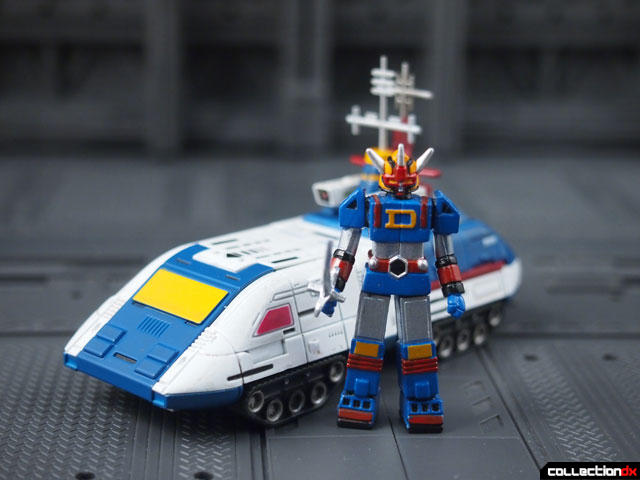 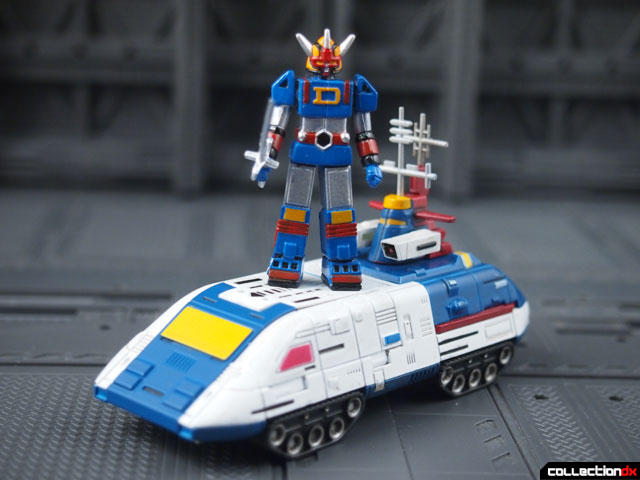 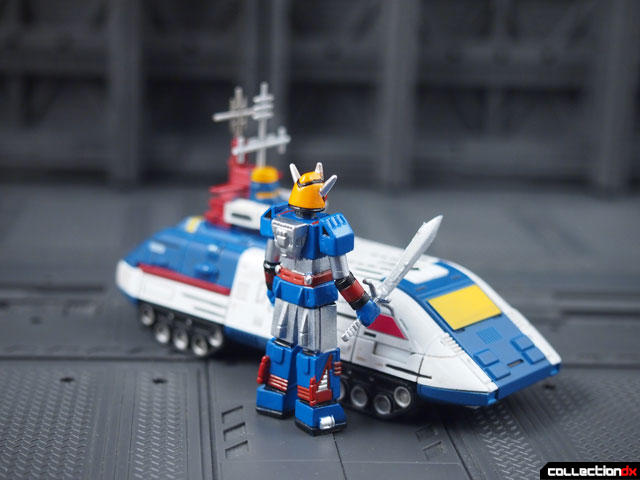 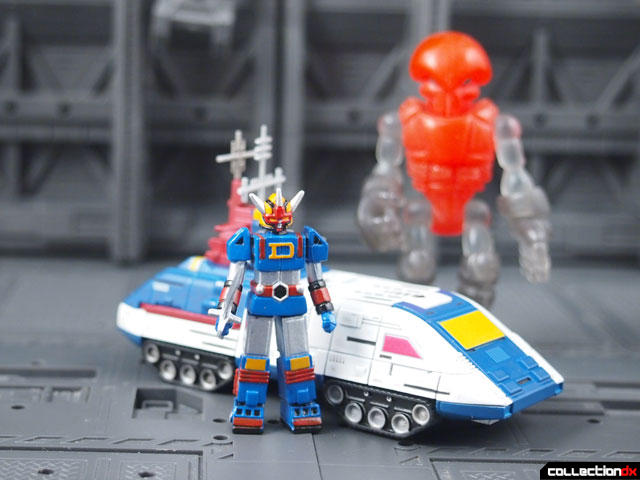 On the back of the ship you can attach a large claw that ironically looks like the ones used in UFO Catcher games. It too needs to be assembled prior to use. 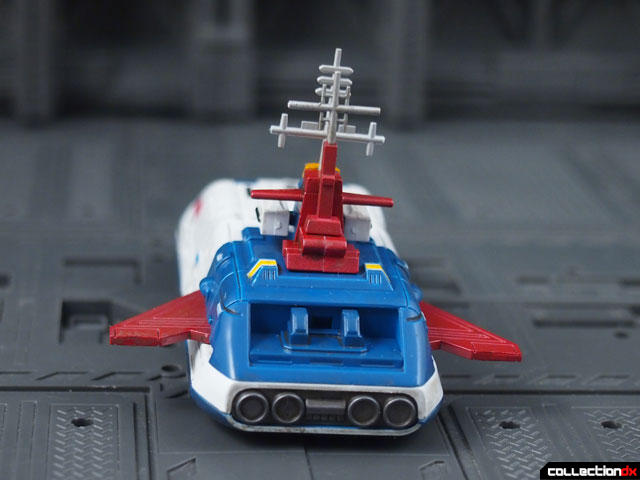 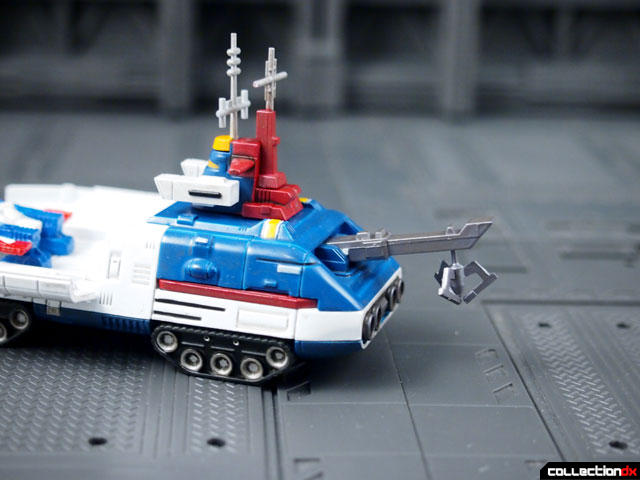 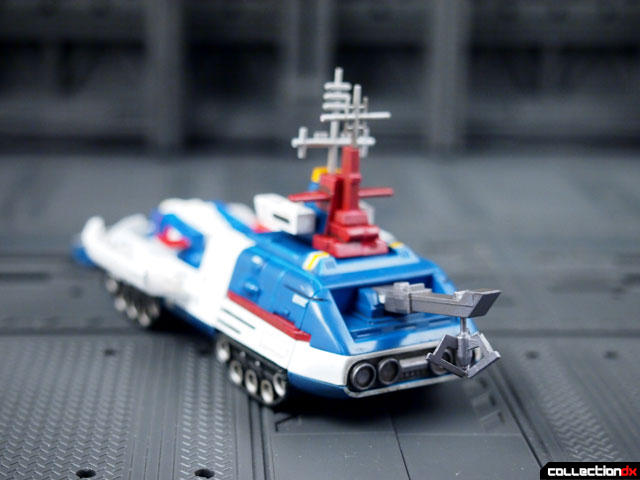 I really like the detail and the weathering on this one, but I wish Daidenjin came with additional arm parts like Battle Fever J did.

You can use any of the photo cards that come when you buy the set as a backdrop. 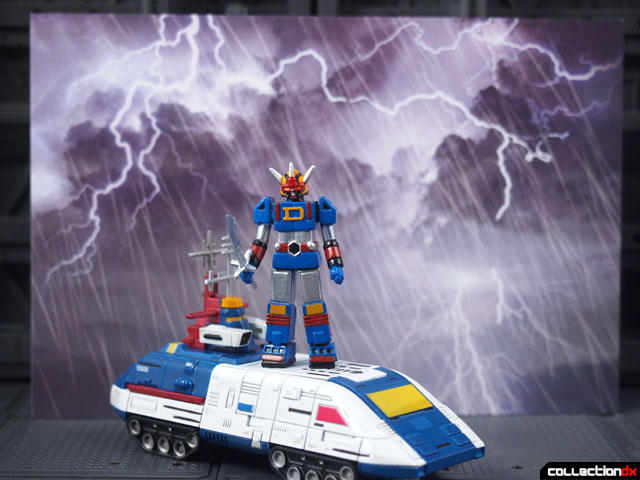 You can get your Cosmo Fleet Collection Ranger Mechanics at Hobby Link Japan!

I'm a very happy guy knowing that I'll be having, well not that exact toy you reviewed but a plastic model kit of the Denji Tiger and Denji Robot set.

Colors are not that accurate, probably some painting can get it to look much better.

I think I'll follow the color scheme of this review.