Of the four ships offerred in the Ranger Mechanics Series, this is the one that might be most familiar to US audiences.

The Bio Dragon was the support ship of Bioman, a peculiar Super Sentai robot. While both Bioman and Daidenjin appeared in the Godaikin toy line, only Bioman's ship, the Bio Dragon, made an appearance in the states. It's probably the most common of the "Big Scale" Godaikin vehicles. 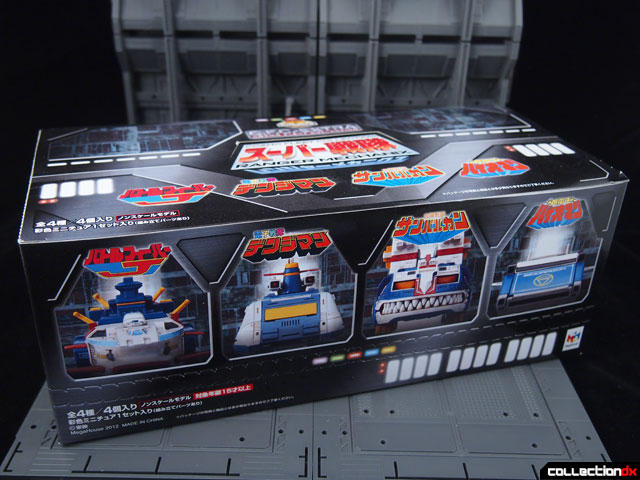 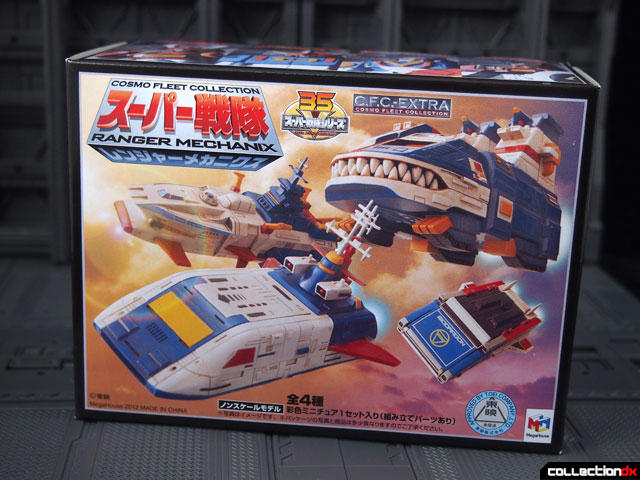 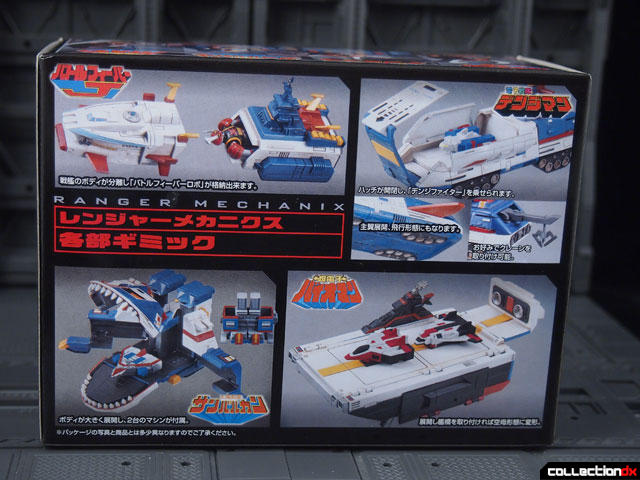 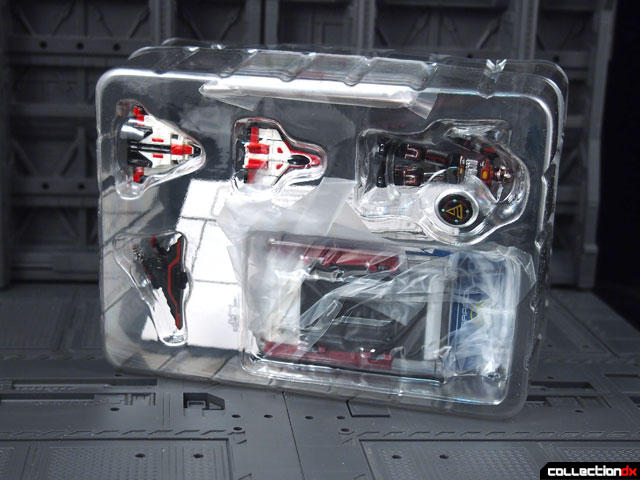 Bio Dragon was the first one I opened, and the one that impressed me most with its quality and gimmicks. Out of the box you have to add on the little fins, but that's not that big of a deal. 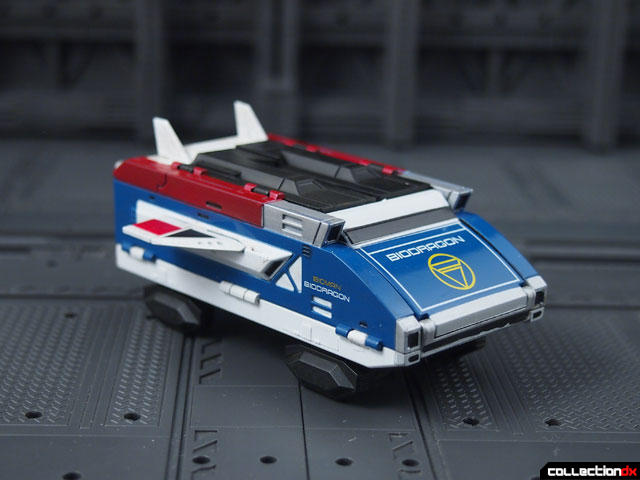 Bio Dragon, like most Super Sentai carriers, had both a Land and Air modes. For Air mode, you need to attach the side wings and fold in the treads. 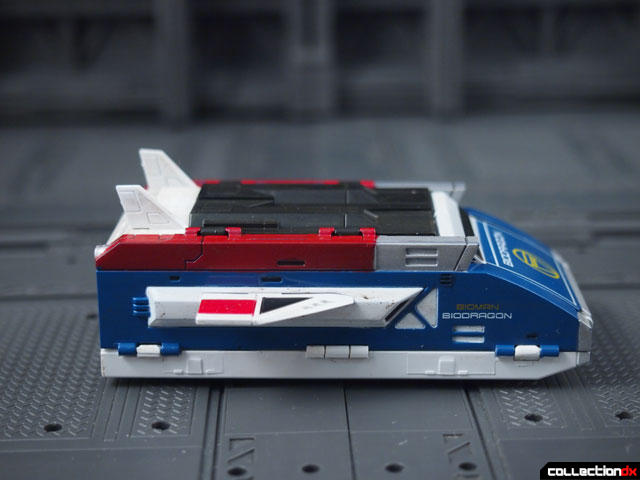 For Land mode, simply fold out the treads. You need good fingernails or something like them to get these out. 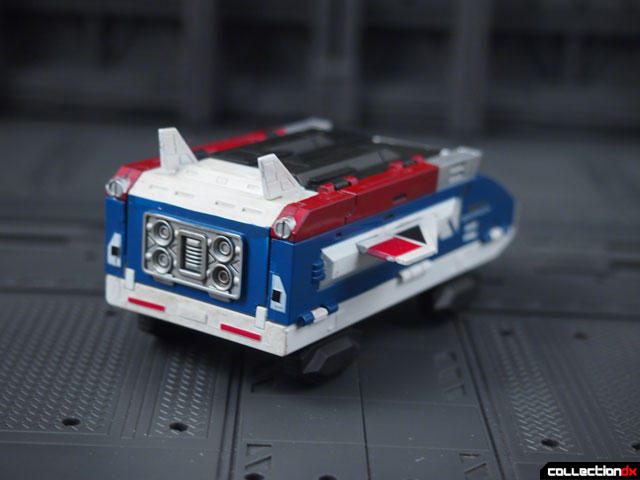 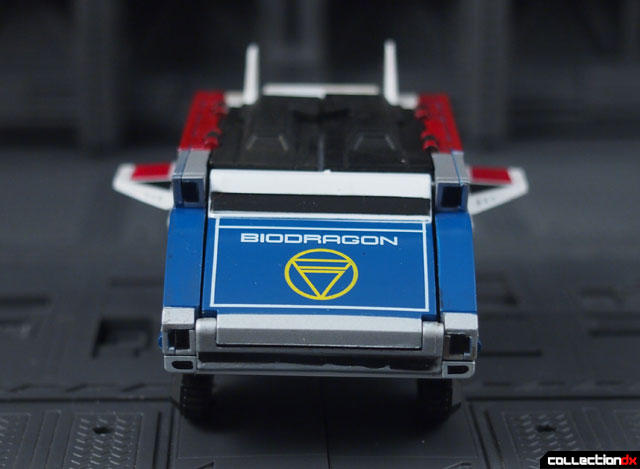 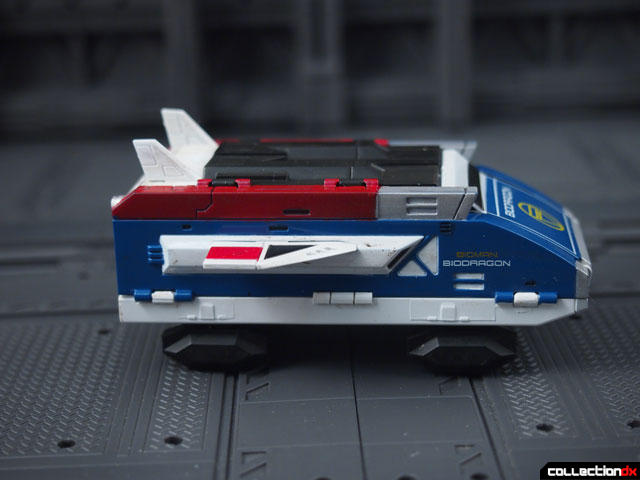 The big gimmick with Bio Dragon is that it unfolds and becomes a sort of aircraft carrier/base in which the two Bio Machines dock. The sides and top fold down just like they do in the show, but you have to add the control tower part separately. 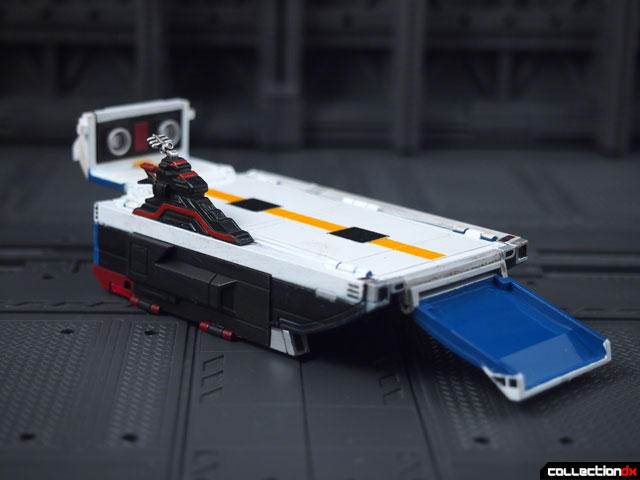 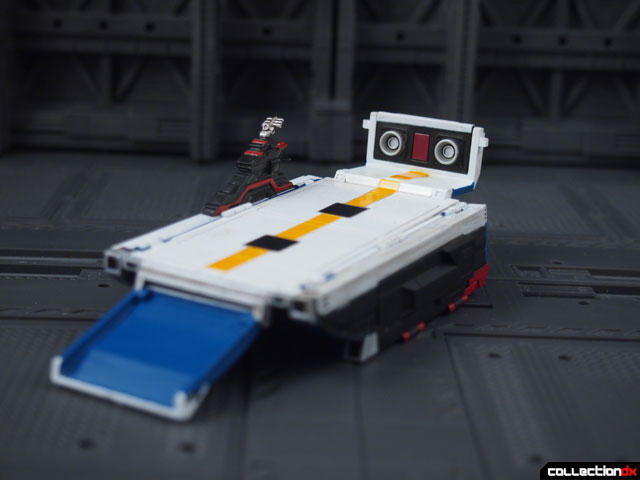 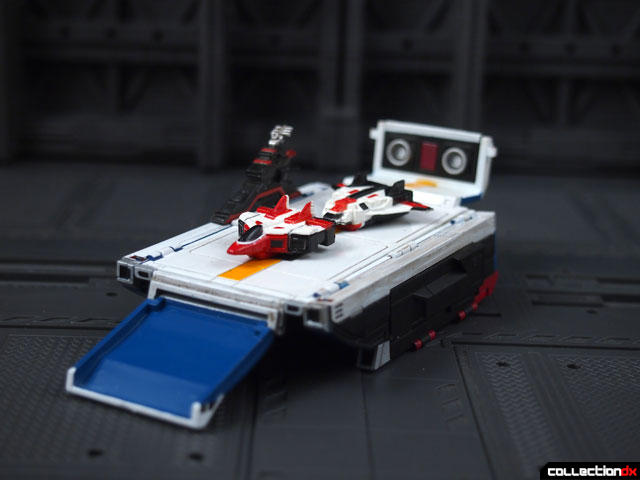 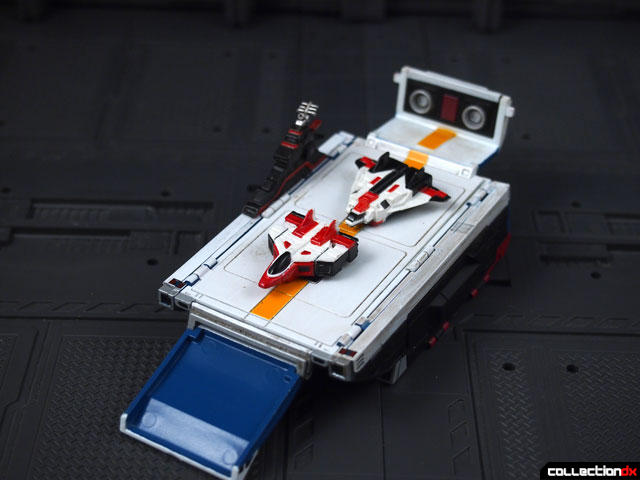 An in-scale Bioman is included, and he looks great perched atop the Bio Dragon! 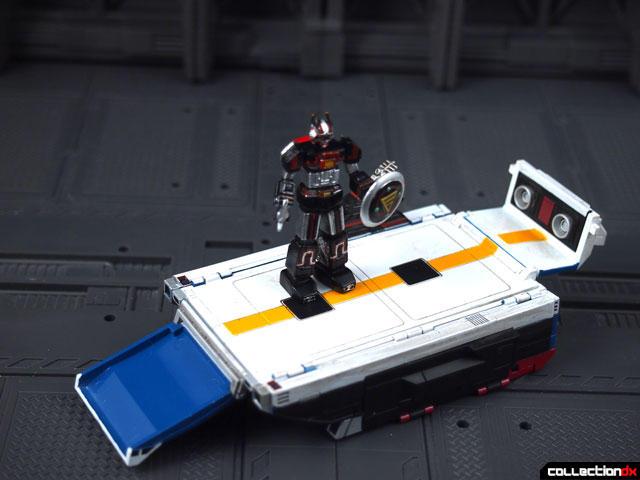 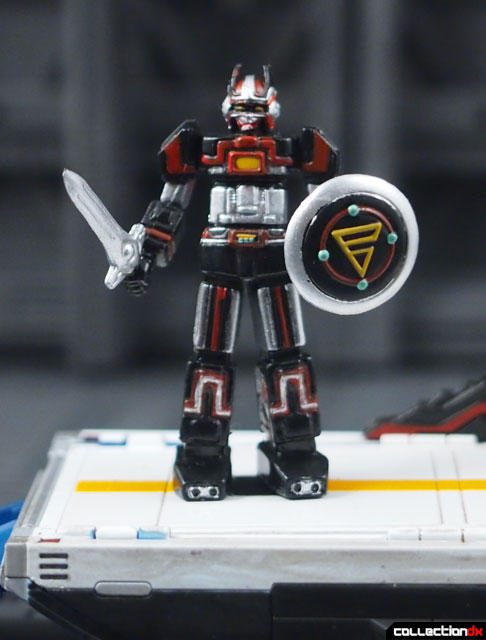 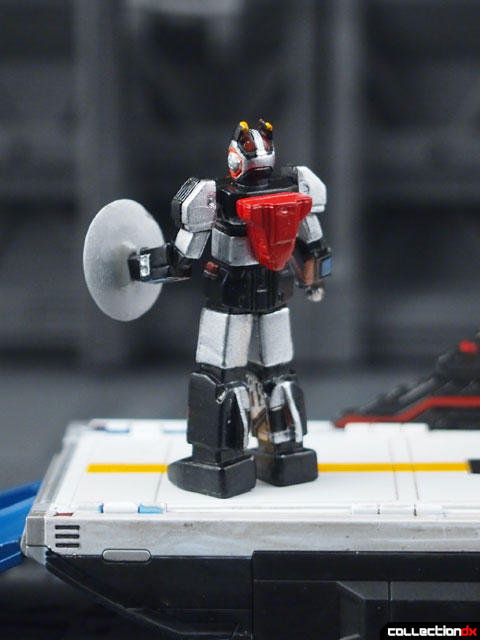 You can use the set with any of the included photo background cards. No card holder is included. 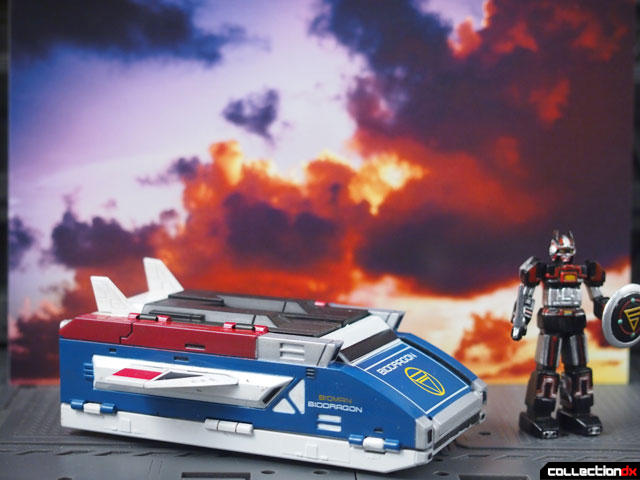 These sets are so great. You can get yours at HobbyLink Japan! 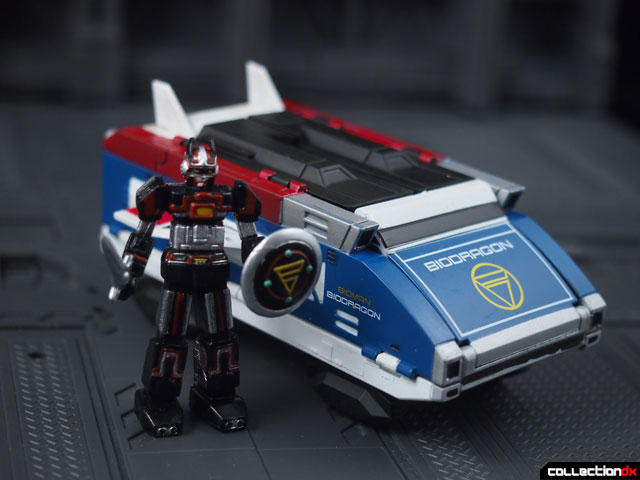 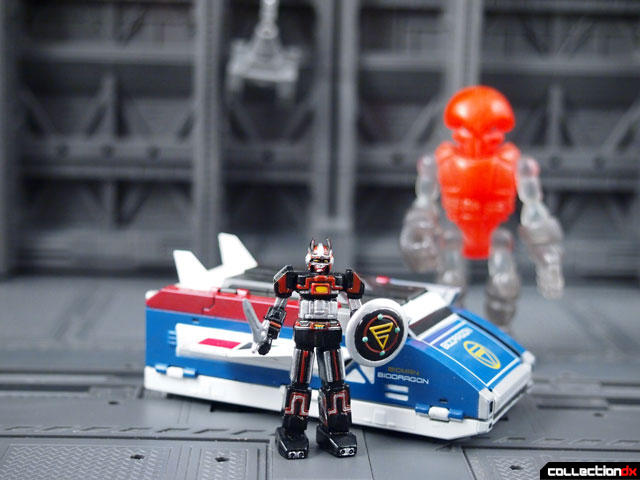 3 comments posted
I got so so excited when I

I got so so excited when I saw the picture and thought you did a review of the DX BioDragon...oh well, I'll just have to go grab my MIB Godaikin one and sadly look at it because I have no DX Bioman to go with it...

I do have to say that this series is intriguing and the level of detail for such small pieces is pretty nice.

Although I was interested in all four ships, Bio Dragon was the one that really got me excited for this set. The Yamato Cosmo Fleet Collection is a great set of toys, so when I saw the chance to finally grab the iconic big-scale carrier ships I've always wanted, it was a no-brainer.

As Josh said, great detail and paint on all 4 of these. Really outstanding build quality for their size. My one and only complaint is that the paint can be a bit tacky out of the box. And with all the hinged gimmicks at this scale, it can lead to some heart-stopping moments. Not so much with Bio Dragon, but some of the others required a lot of force to open up the first time or two. Other than that, perfecto!

This is a no brainer for me. It willl end up in my collection. It's small enough I might just carry it everywhere I go.