Although I’ve never seen Zegapain (ゼーガペイン), I liked this mecha the first time I saw it. It’s got cool lines and lots of clear parts so I decided to check it out. 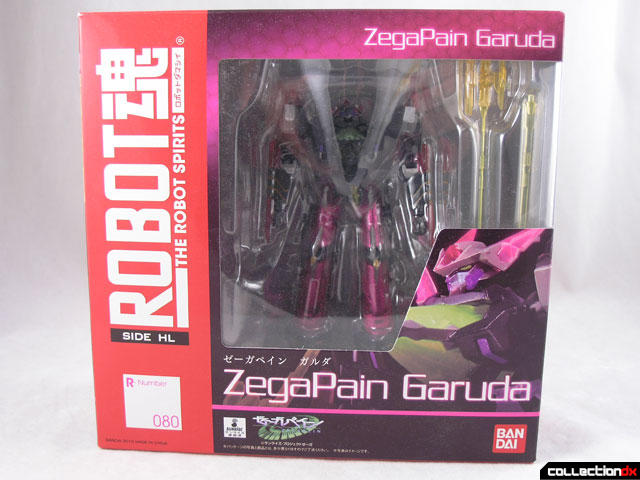 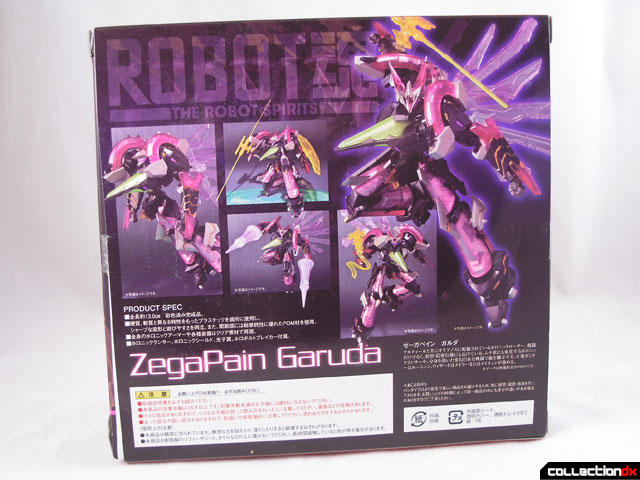 The Zegapain anime aired for 26 episodes in 2006 – I have no idea what it is about but it looks pretty cool.

The toy is part of Bandai’s Robot Spirits line, and as such features excellent quality and details. The toy is covered with translucent bits that let you see through to the inner workings of the robot. 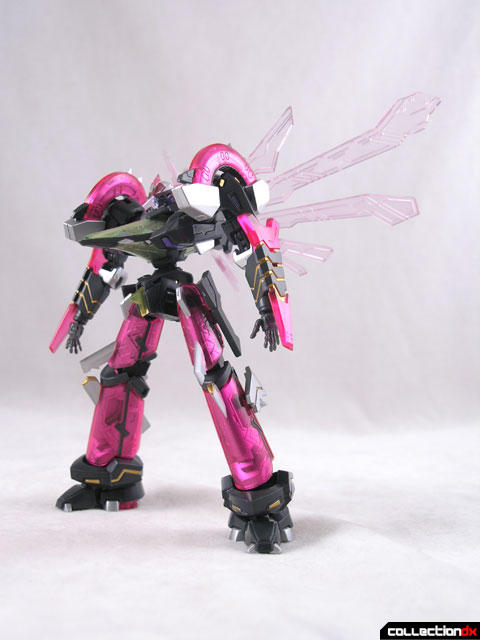 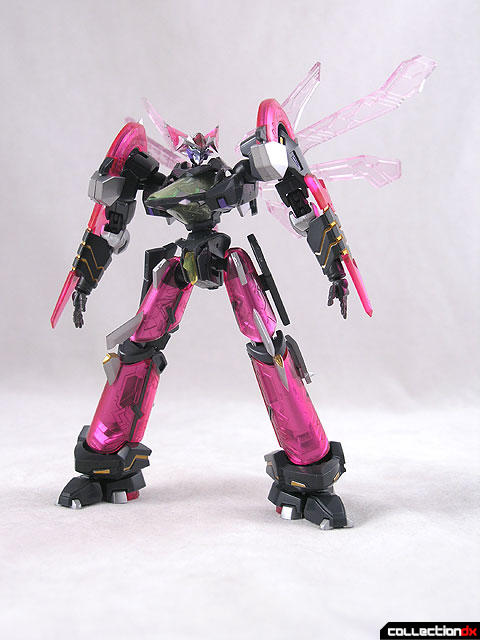 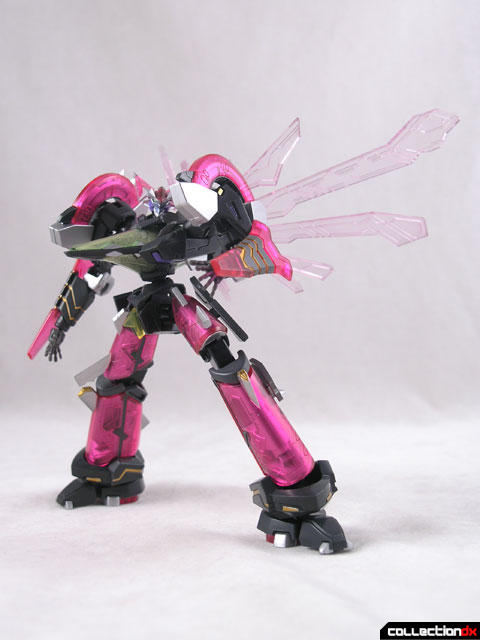 Articulation is excellent as usual. The head is ball jointed, as well as the chest. Shoulders are double ball jointed and feature movable shoulder armor in two places. 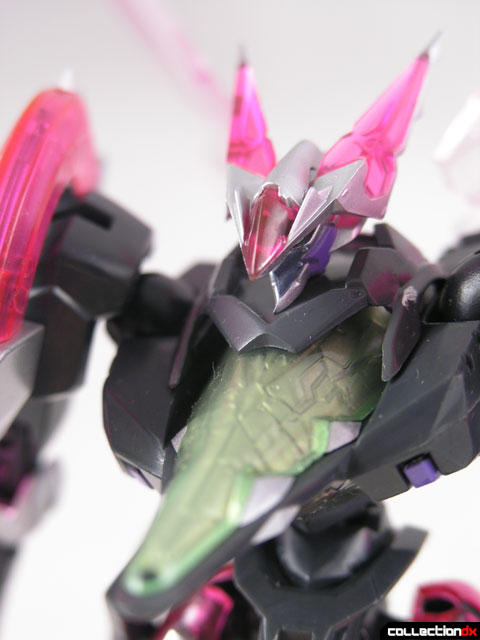 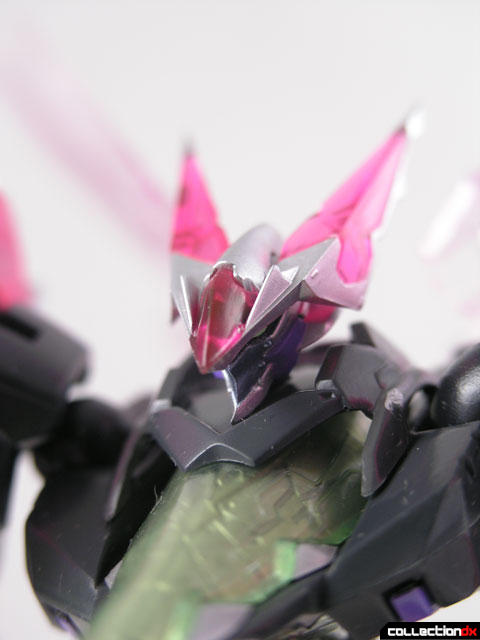 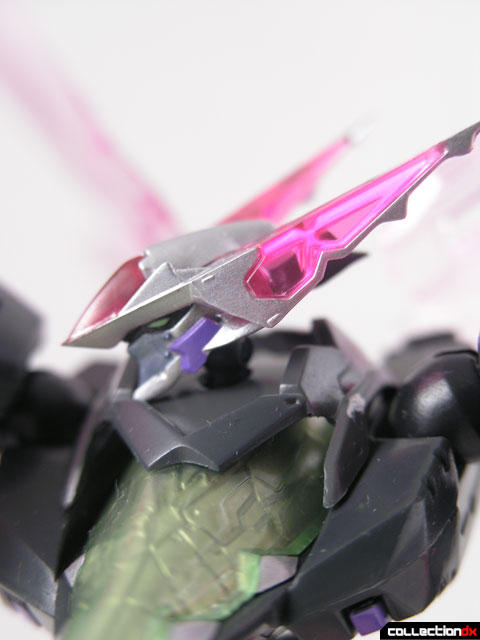 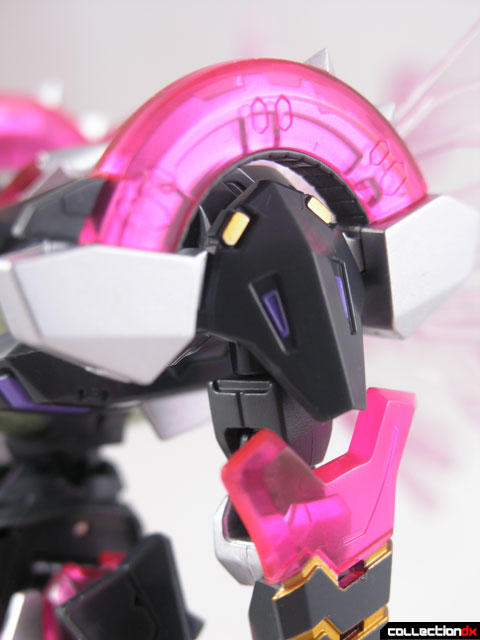 The elbows swivel and bend at a hinge, and the hands are on a ball joint. Several variant hands are included and they change easily. The hands are small, so be careful not to lose any! 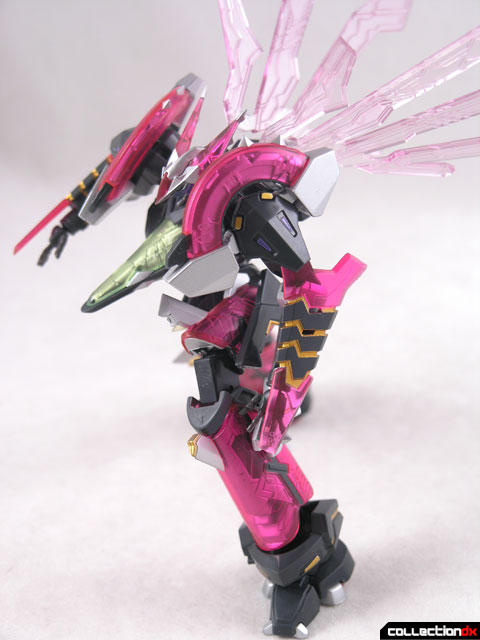 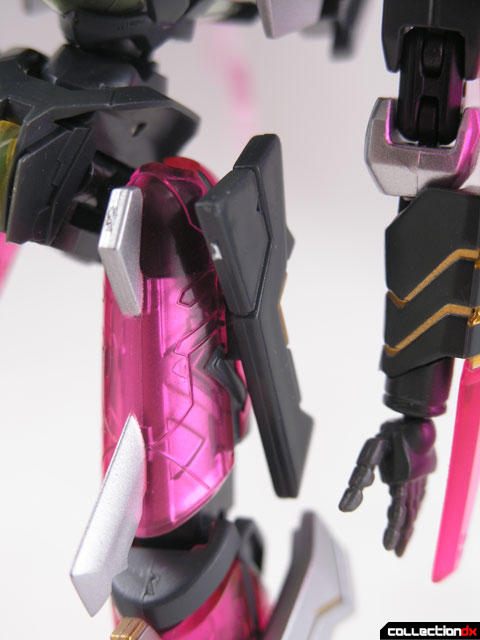 The hips are ball joints, the knees are double jointed, and the ankles have a double ball joint so that both the leg “cuff” and the feet are articulated. There are leg panels on the upper thigh that tend to fall off – I’m not sure if this is a feature or a QC issue, but it’s a bit annoying. 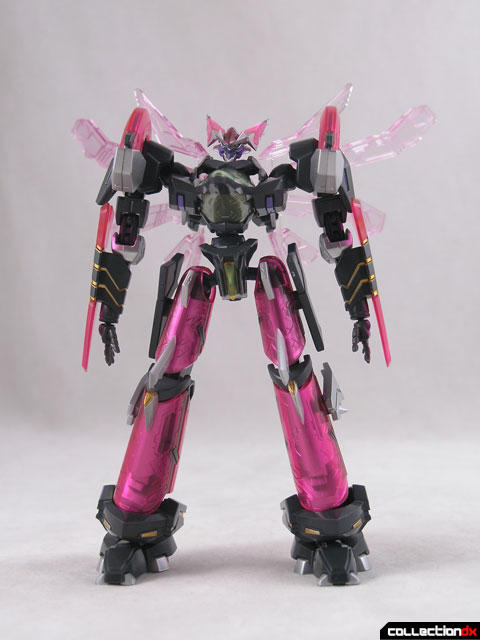 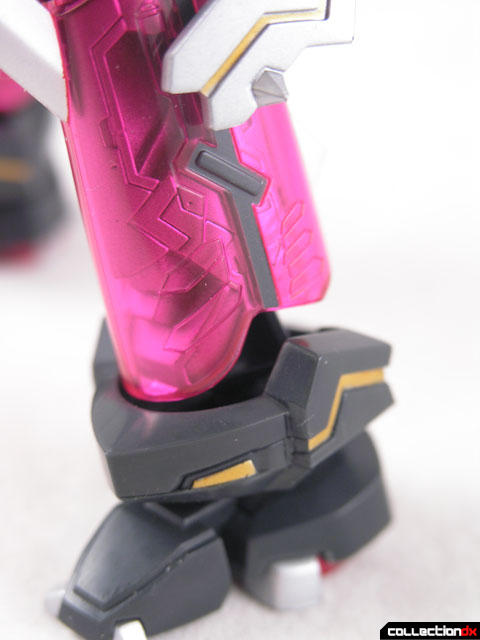 The back of the figure features two large translucent wings that need to be attached. They snap onto joints on the back, but the joints have somewhat hampered movement due to placement. I would have liked to have been able to spread the wings out wide to the side but can only have them pointed back. 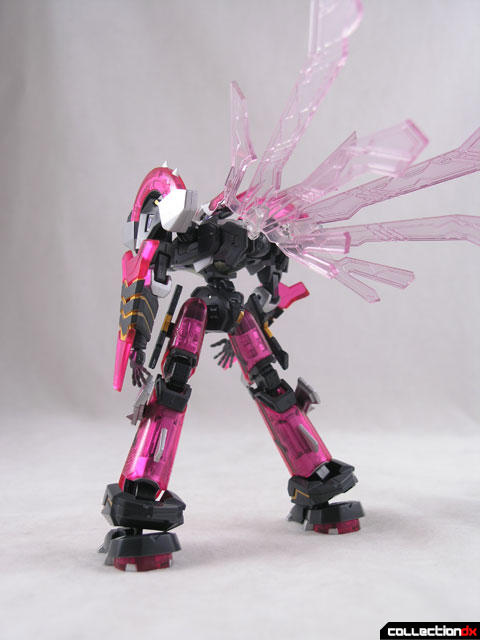 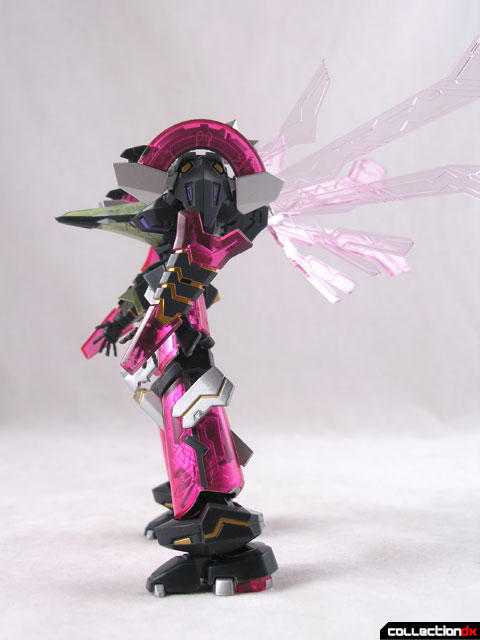 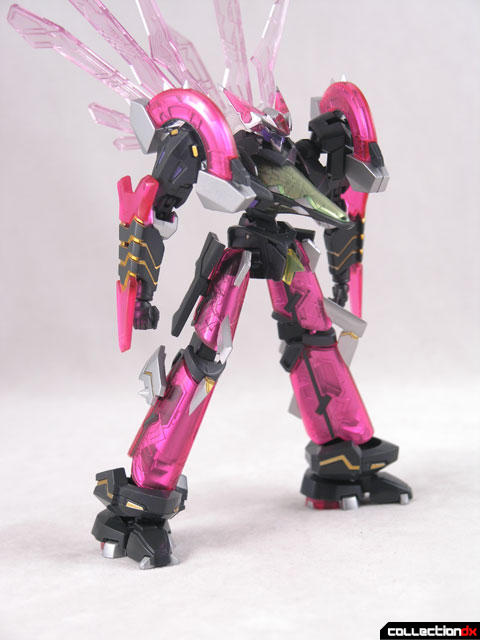 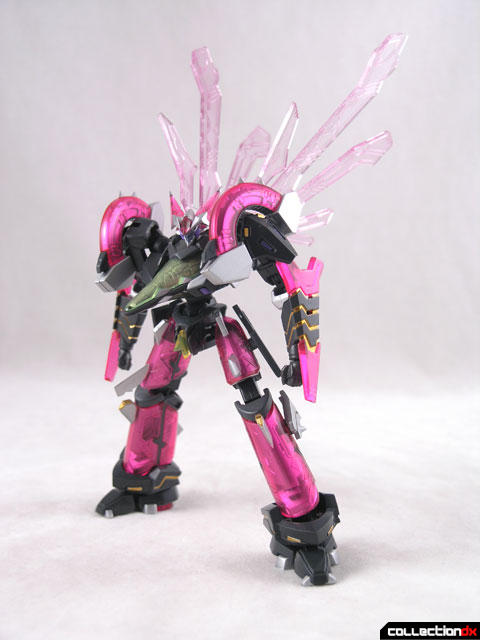 On the right arm you can attach a blade to the arm guard. This is called the Holonic Blade This clear yellow blade consists of several different pieces – the core, the clear attachment part, the front blade, the rear blade and an optional “ribbon” blade effect. 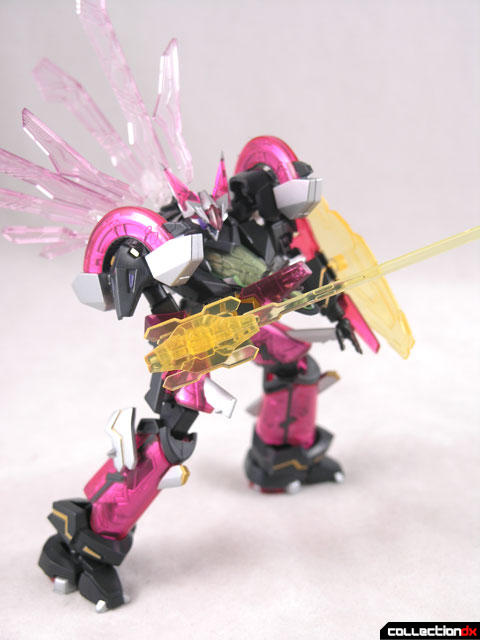 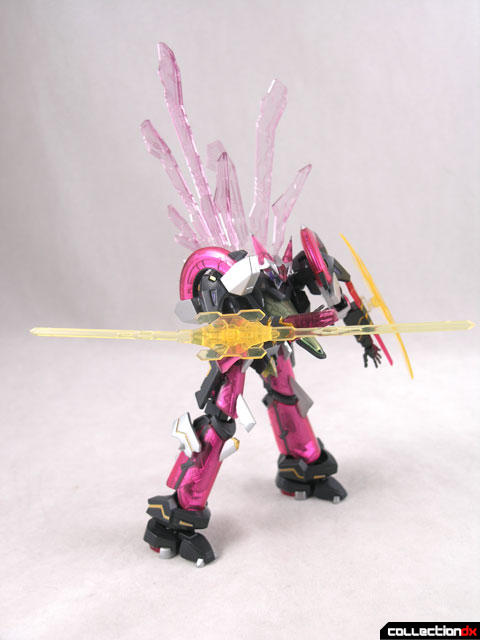 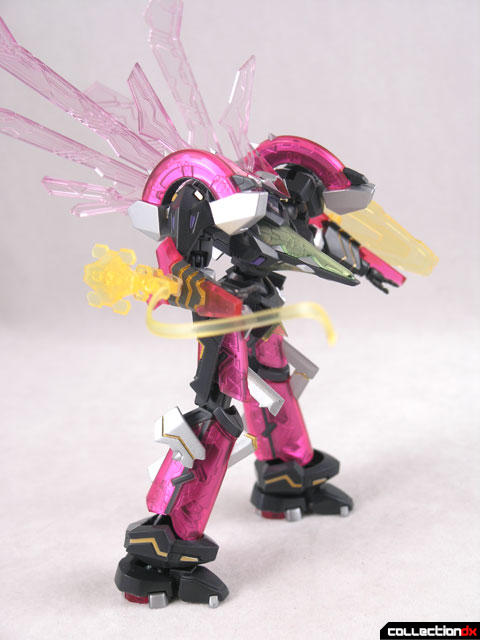 On the left arm a translucent shield (Holonic Shield) attaches with the same mechanism. 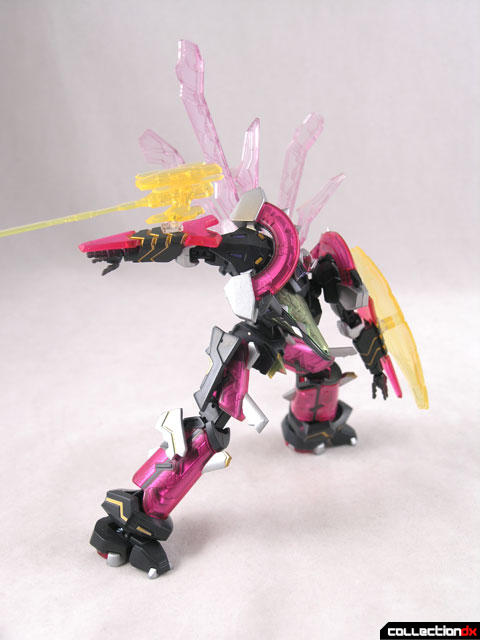 Two clear energy burst parts, called “Holobolt Breaker” attach to the arms. They have embedded hands in them, so you need to remove the existing hands before applying. Each is actually two parts so don’t be alarmed if they separate. 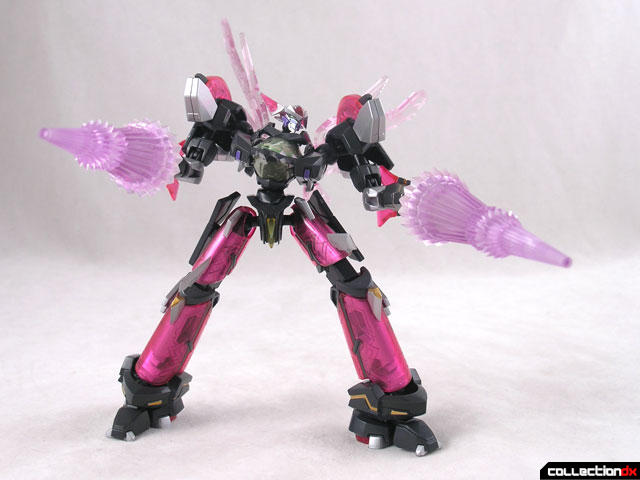 While no stand is included, Garuda is fully compatible with the Tamashii Stand system. 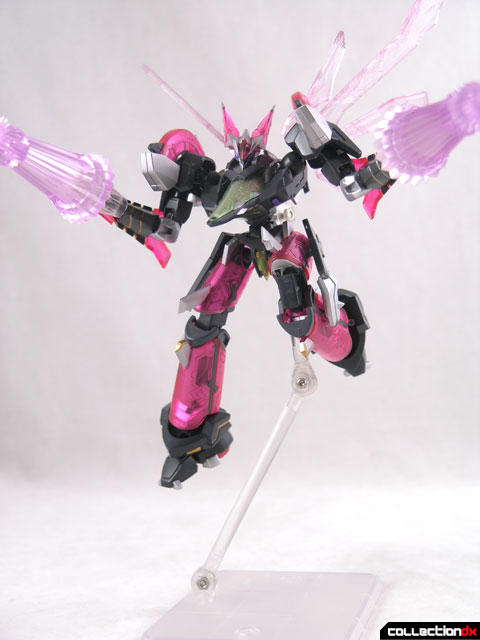 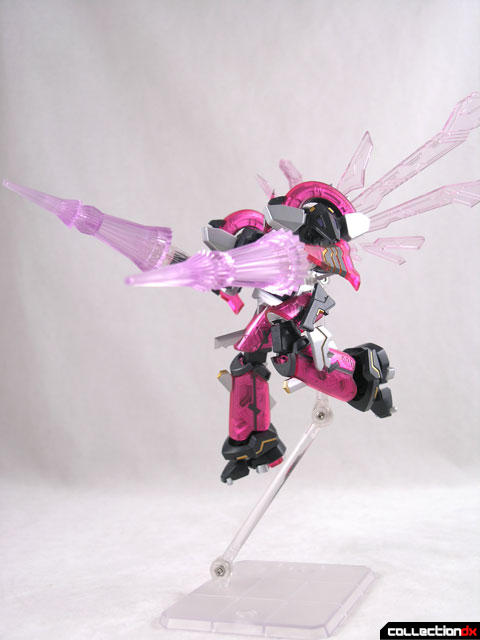 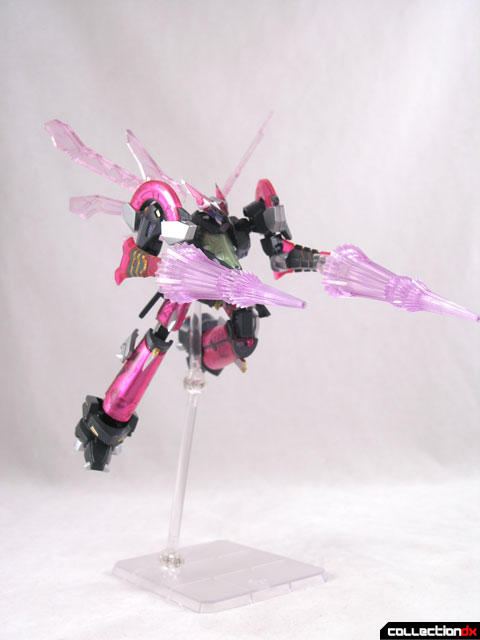 Overall it’s an attractive looking mech, and I just may have to hunt down the blue variant which is a webshop exclusive. Bandai also released toys of the Hraesvelgr and Altair. 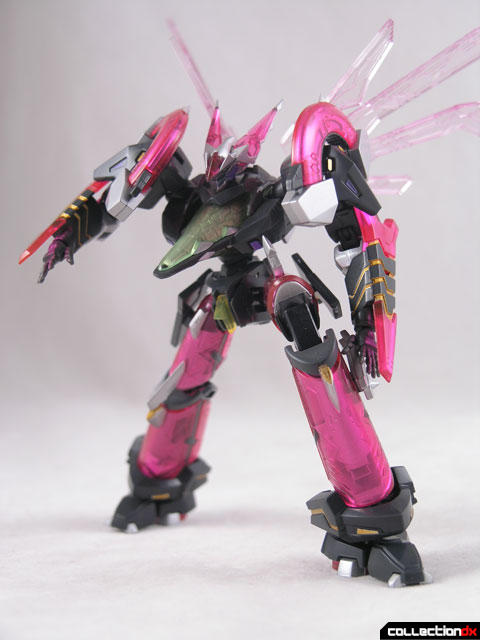 4 comments posted
Just so you know...

The reason so much of the armor and weapons was clear was because, in Zegapain, the robots used 'Hard Light', holograms, really, instead of armor plating. I can't recall why, it's been years since I've seen the show... the enemy was probably immune to normal weaponry or something.

I can't remember myself. It may have just been their way of being different. I do recall the pilots themselves also being holograms.

Though I am weak to translucent accessories and parts, I can't say that this one interests me. I'm not quite sure why...I think it may be the general design and shape. The thing looks awkward and almost looks like it shouldn't be - I dunno - together? Like it's just waiting to fall apart. I really love the hard light angle, but I just wish it was in a better looking mech.

Previous poster I think the reason why the translucent parts here don't interest you is that they
seem (at least from the photos) to be made with a diluted lighter color with no shine.

Usually whenever you see translucent parts they are always so colorful like sugar candies and
soo shiny like its almost glowing the way light hits it. I think they were trying to work in that this
was supposed to be holographic armor & so on, therefore lighter looking translucence.
Cause even the yellow weapons look sooo lackluster.