While the action figures from Tron Legacy sort of sucked, the vehicles were wonderful, and the best of all of them was the Three Man Light Jet. 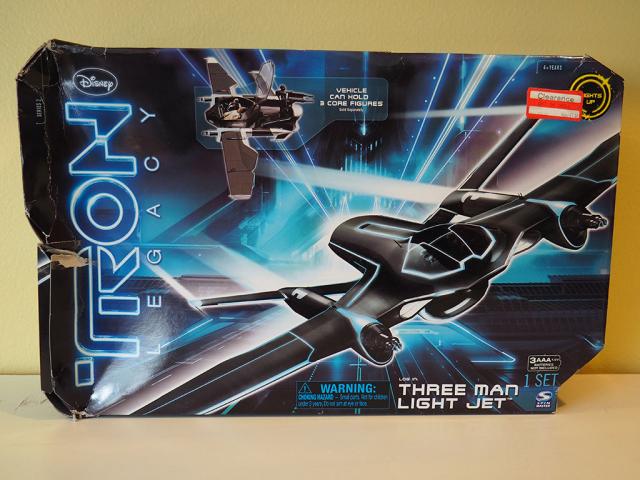 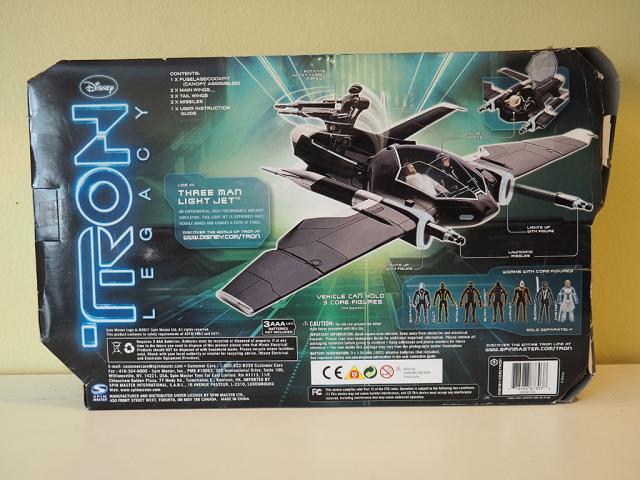 It went on clearance quickly, and was mostly overlooked. But this beast of a vehicle is worth checking out again. It's packed with play value and just looks killer.

Fully assembeled, this has an over TWO FOOT wingspan. It's massive. Assembly is required. 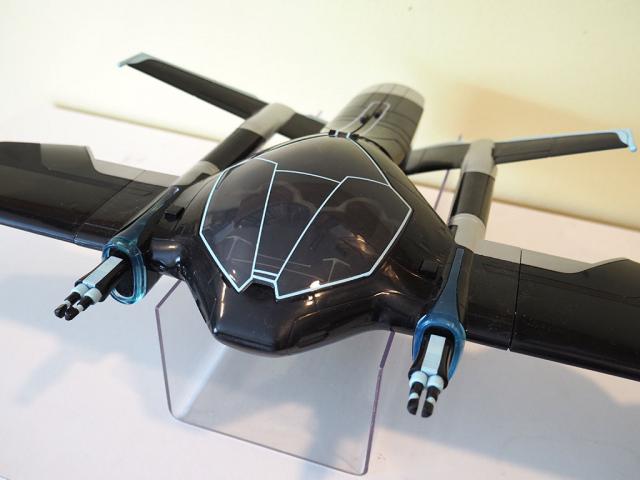 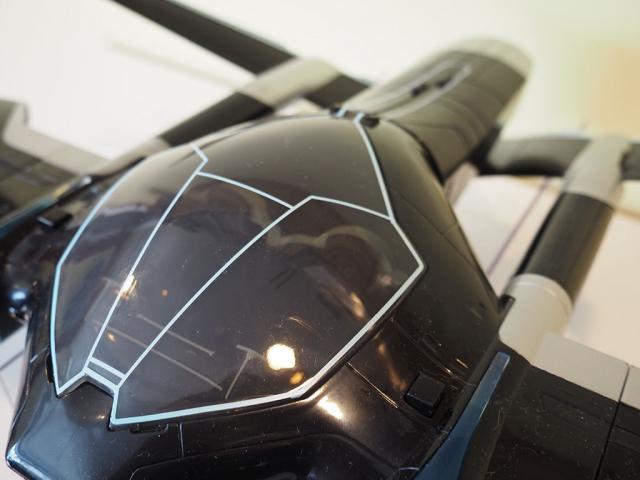 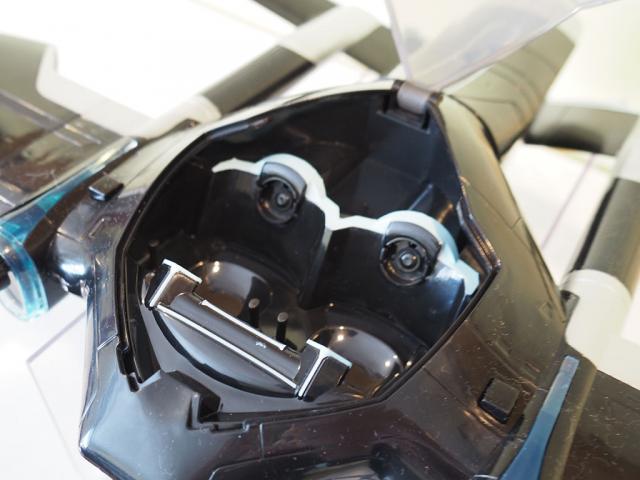 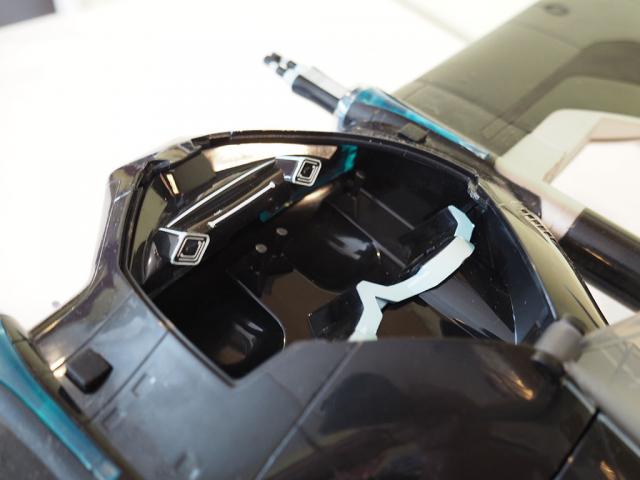 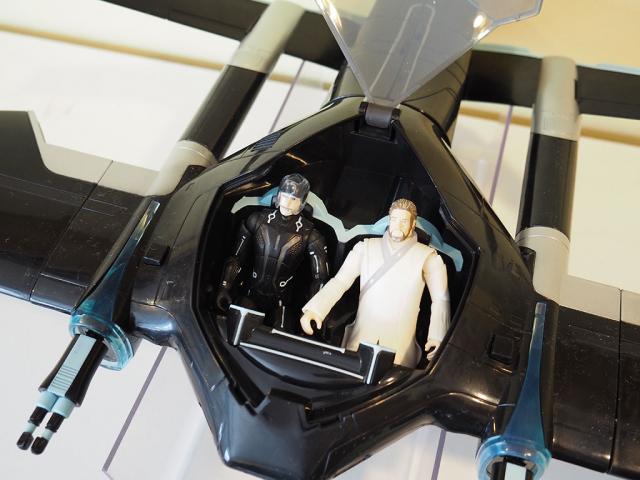 The cockpit opens up to reveal seats for two figures. The figures' discs on their backs are supposed to snap into the seats, activating the light feature. It's a bit difficult to get right, but it's very cool. 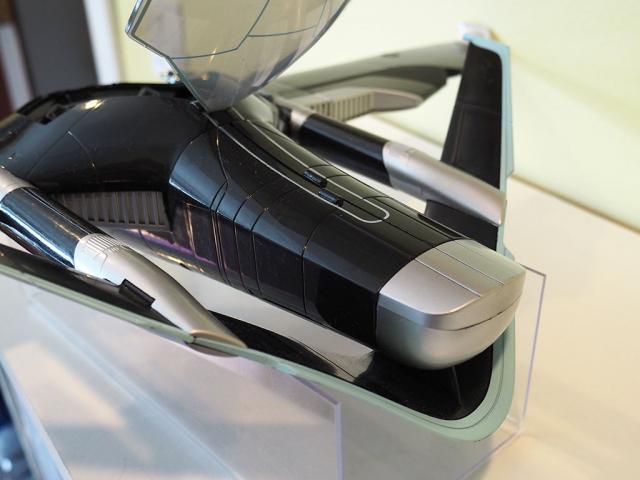 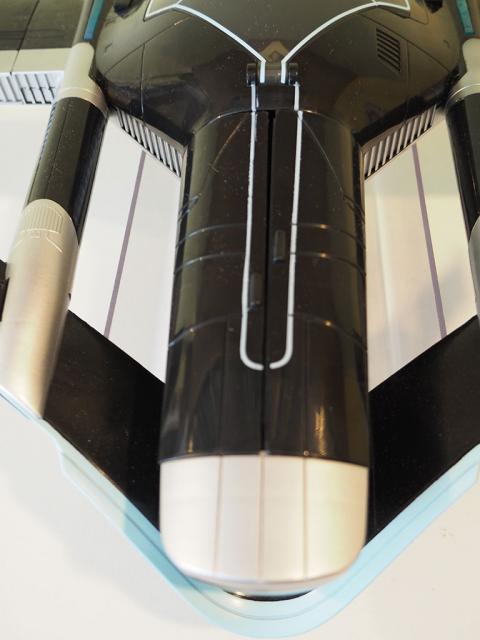 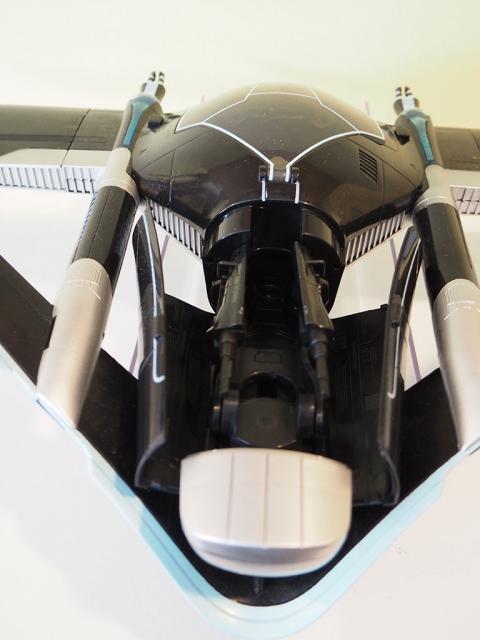 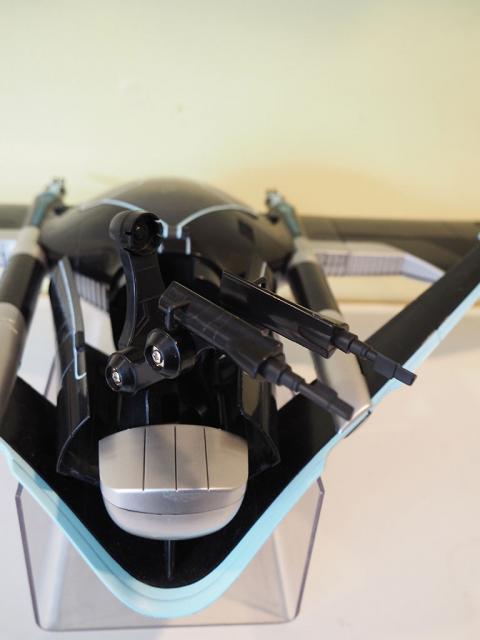 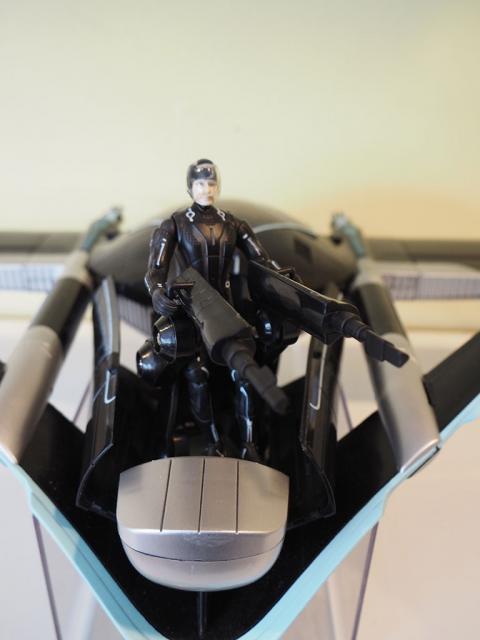 Open the panels on the back section and a spring loaded gun pops up with a seat that fits one figure. The gun can rotate side to side. 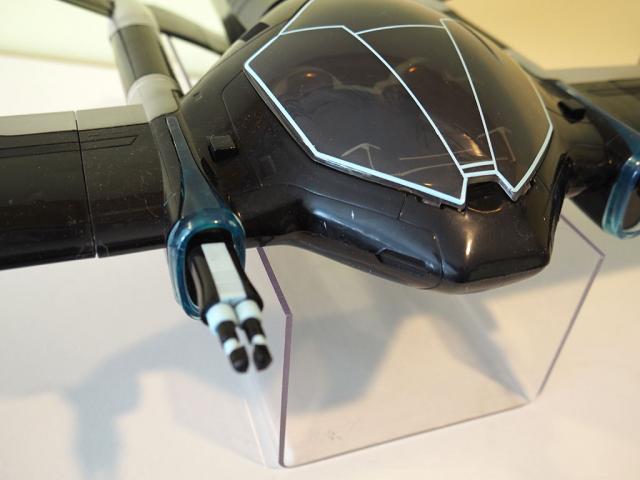 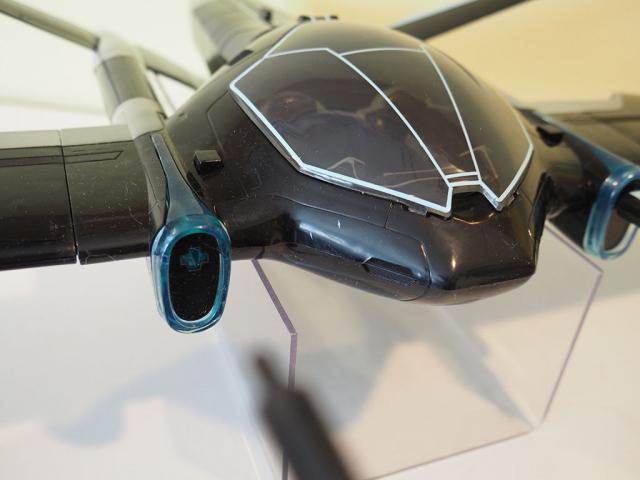 Both wings feature functional, strong missile launchers. The clear areas around the launchers light up when figures are inserted. 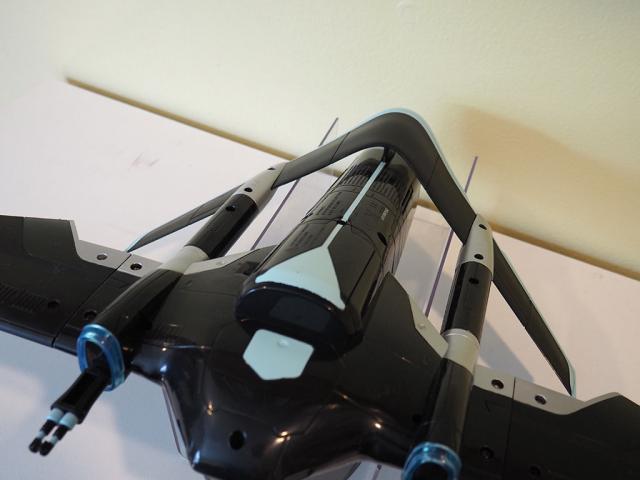 The battery compartnemt is underneath. The toy takes 3 AAA batteries which are not included. 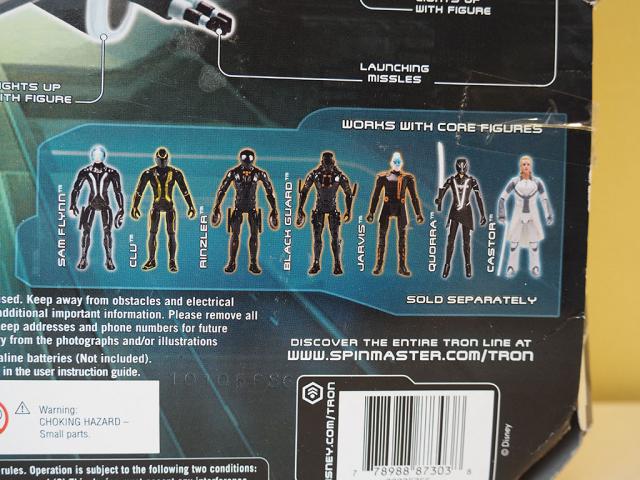 The light up function works with the "core" figures shown above. Most are easily available, except for Castor, who can fetch hundreds of dollars.

It's a great piece but it's big problem is where to put it? I have yet to be able to keep it out on display due to it's size.

Break out the wall anchors and fishing line :)