I continue to watch the margins for toys sneaking out of China’s burgeoning popular culture. While China continues to manufacture toys for the rest of the world, both legitimate and otherwise, unique domestic properties are being developed as well. And not just shameful rip-offs like the infamous Astroplan.

Case in point, the Shrine Warriors. The Shrine Warriors are a handful of platonic solids which transform into robots. The five blocks combine with a ship to form a flying base (shown on back of box, at right). Presumably there is a story behind them, but who knows? The instructions prominently feature the url www.newlesson.com, which directs us to a loud, confusing site showcasing various toys. Is Tenki’s the manufacturer? That’s my guess. There’s no Shrine Warrior backstory, though “Holy Historical Remains” hints at something. At any rate, I’m certainly game. I picked up all of the Shrine Warriors. Are they any good?

Saint Warrior (I’ve also seen this figure listed as ‘dragon’) is the blue ball of the group, as opposed to the red cube or yellow pyramid or the group. He comes boxed in a frustratingly oversized window box, which makes shipping unnecessarily pricey. The box and graphics are similar to what you’d find on the shelves anywhere in the West, sturdy with flashy CGI images. 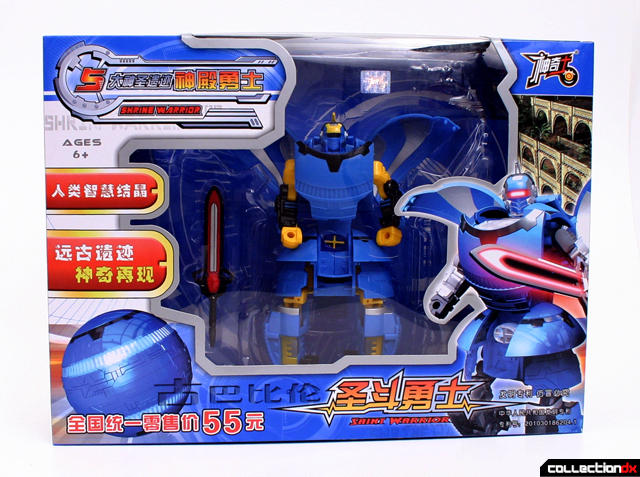 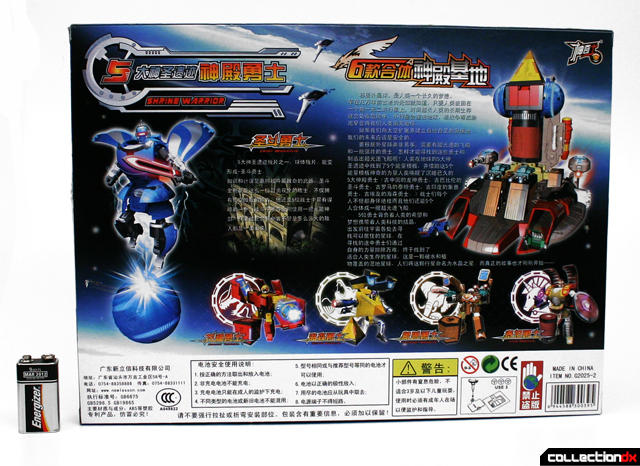 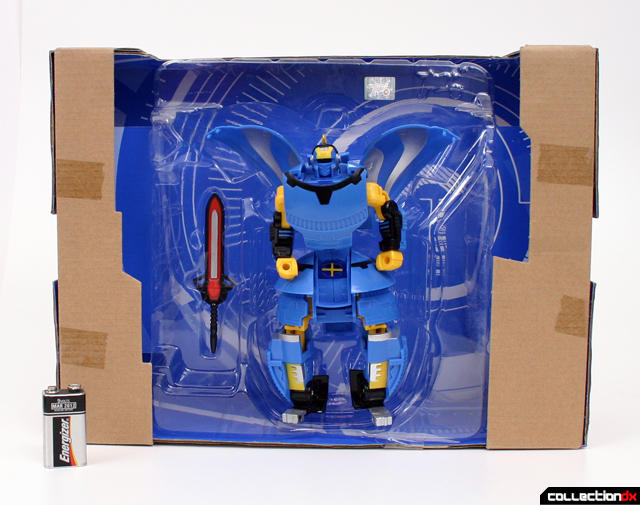 Saint Warrior is packaged in robot mode, but let’s start with that ball. It’s a big, boring, dumb ball (about the size of a baseball), but respectably sculpted and finished. 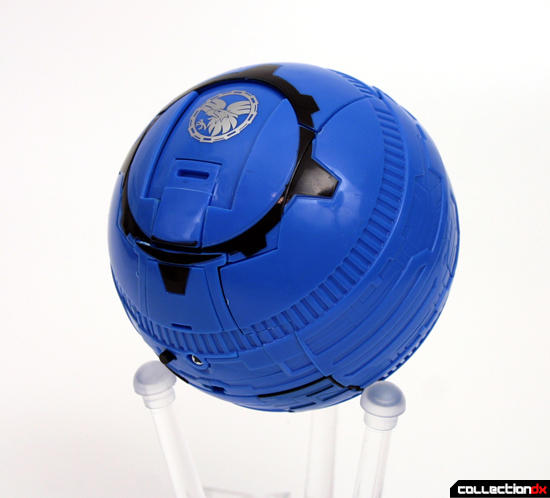 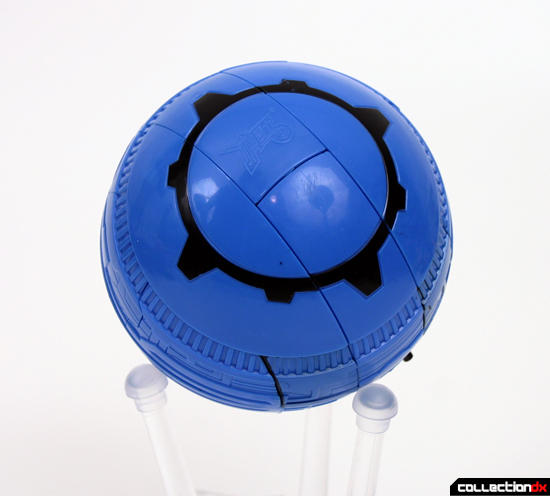 There’s a button which activates a strange sequence of music and Chinese dialog. 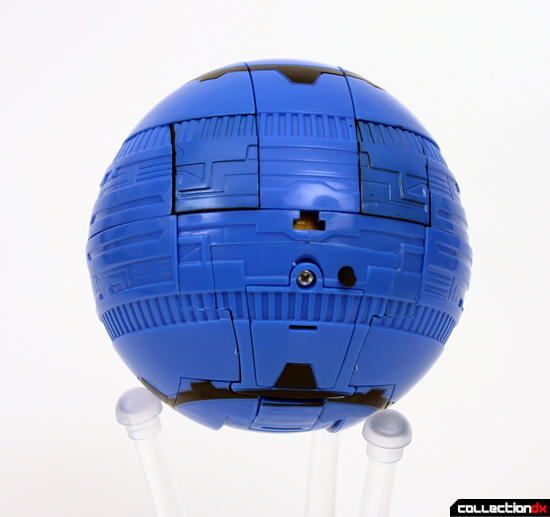 The transformation is intricate enough to be interesting, intuitive enough to be fun. The plastic is solid, quality stuff. Again, sculpting and detail are respectable throughout. 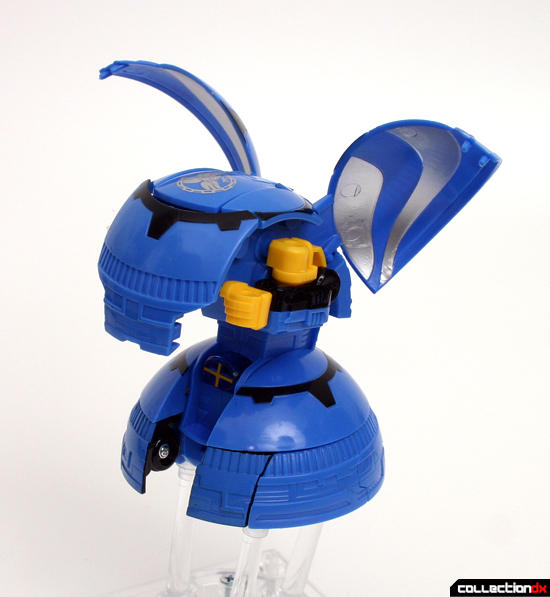 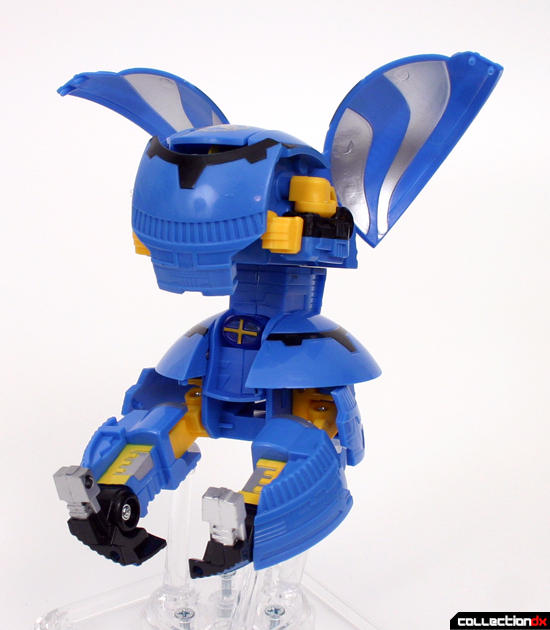 The final result is a workmanlike, slightly boring bot. But competent. I like the unusual massing. I also like the use of translucent plastics (belt, neck), and there are a few paint applications to keep things lively. 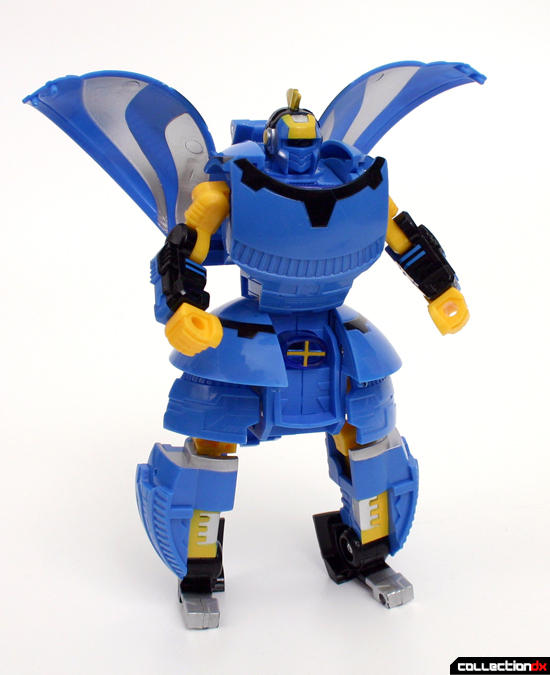 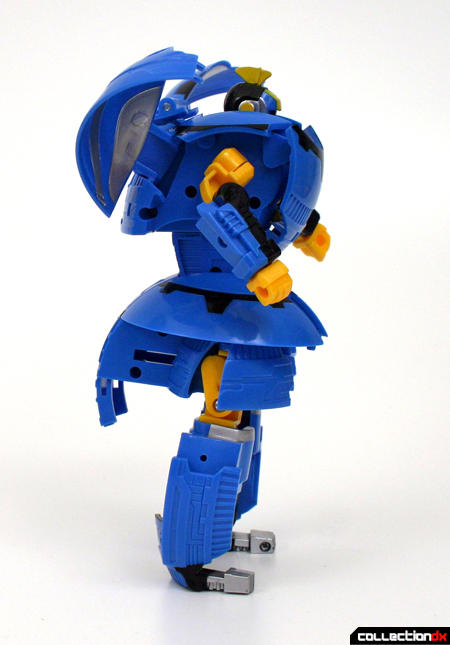 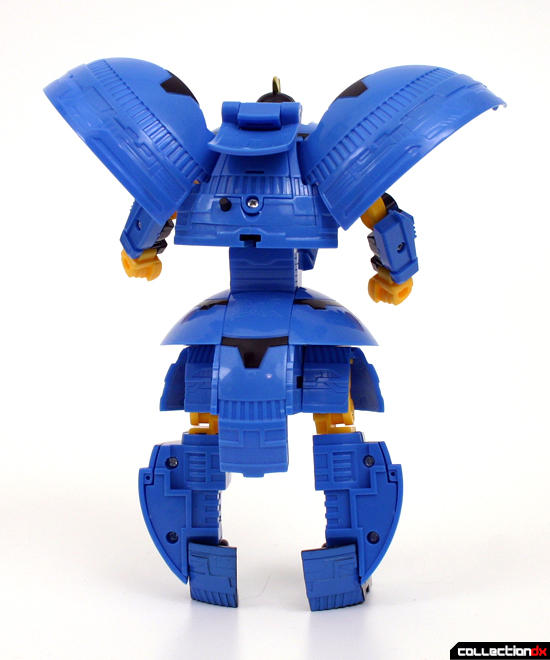 The only accessory is an anonymous sword, but it looks good enough in the Saint’s hands. 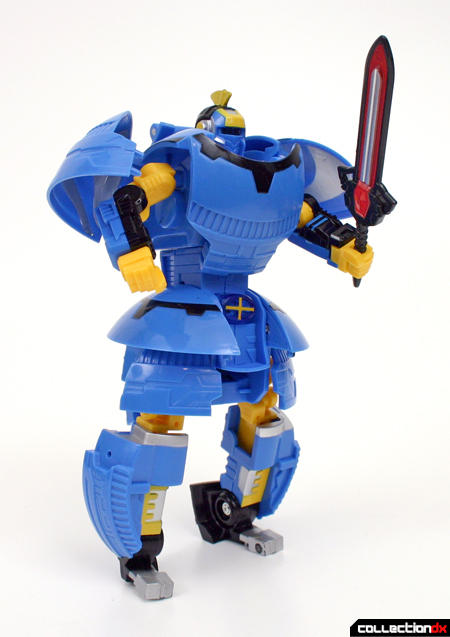 Articulations is largely academic. There’s some movement in the arms, but those legs aren’t going anywhere. The skirt armor limits their movement.

The button will still activate inscrutable music and dialog, but the visor lights up as well. A nice touch. 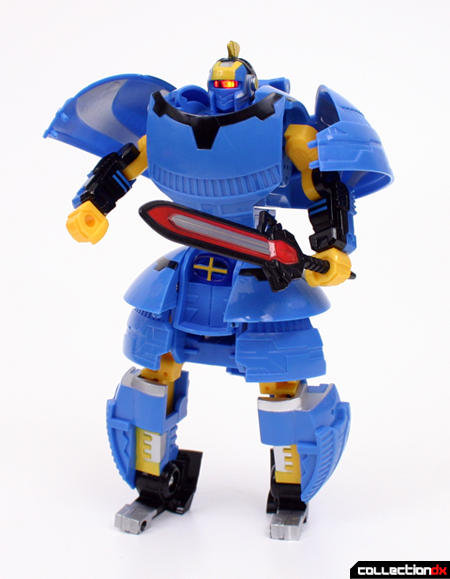 The Saint Warrior ultimately remains a competent oddity. I like it because it’s a wholly unique Chinese Transformer of sorts, however lackluster the result. It’s no Conversion Tractor, but I like it all the same. 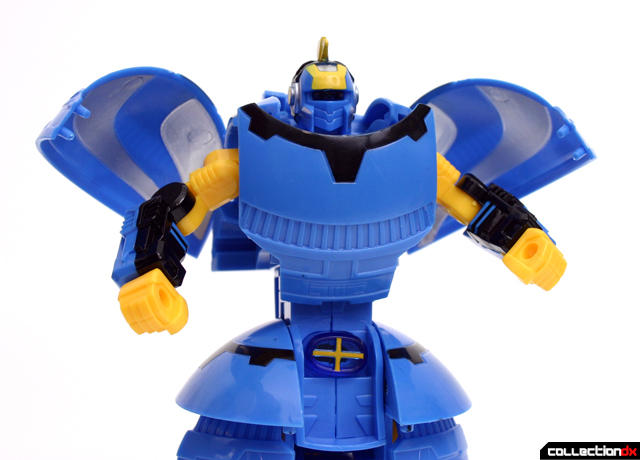 10 comments posted
Huh. If I were in my

Huh. If I were in my pre-teen years, I might find this rather amusing in a good way. Looks interesting!

Ooh, I just noticed on the box that each of the robos in the line transforms into a geometric shape.
the brown and yellow bots look cool. Are you planning to cover anymore of them?

I've had a thought that that would be a good idea for an accessory mecha line for Super Sentai- geometric shapes that transform into weapons or extra limbs...

I observed that the shapes which the robots turn into ALSO correlate to the "tower" of shapes on the back box art. It looks like these bots have a combining gimmick of some sort.

Enthusiast, is there any way to separate the robot into two sphere halves? Like at the waist joint while in ball form?

The whole set can be found here, along with pictures of the combined units. Definitely looks like a decent set of robots, if you're into this sort of design

Wow. Those, uhh... those aren't half bad! The pyramid's kinda painful with the stick limbs, but there rest are decent enough.

They do indeed combine into a tower, but I'm missing the spaceship so it's kind of pointless. The ball does separate into halves. The pyramid is the weakest, but the others are nice. I like the orange polygonal prism thing the best.

*cue The Who playing Won't Get Fooled Again*

Ahem. I was looking at the picture on the front page and getting all excited trying to figure out what it transformed into. I was thinking either a Buddhist style bell or maybe a stupa. I clicked the link and...well, I wasn't as excited.

Awesome! You've inadvertently helped me out; I saw a pic of this and the other bots in the line awhile back, but I had no way of figuring out just what the heck they were. Best I could figure was "shape bots" but obviously it brought up nothing. Now I know! Thanks!